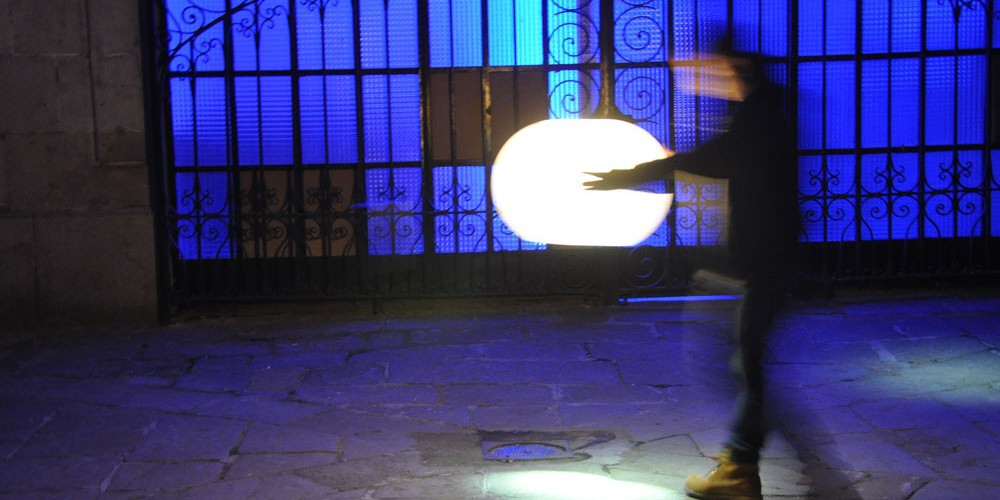 Though the dark days of winter are hardly over, Barcelona recently celebrated a festival of light. As part of the International Year of Light and in conjunction with the annual celebration of the city’s patron saint Eulalia, LlumBCN lit up a series of spaces with light installations, innovative lighting design, and live light art. The series was hosted by the city’s Institute of Culture, installed in historic public buildings, and featured works largely created by young local designers and students. 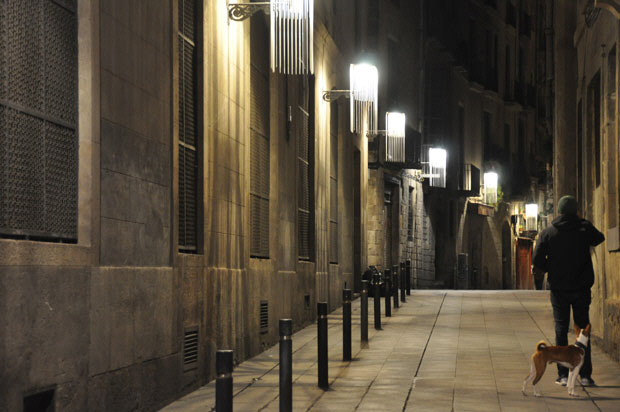 Despite the frigid February weather, thousands braved cold night air and walked the network of installations throughout Barcelona’s oldest neighborhood, Ciutat Vella. The three routes for installations, art and light projections were marked by yellow, red or silver chains hung from the district’s antique street lights, drawing the viewer through the narrow streets with anachronistic pops of color. 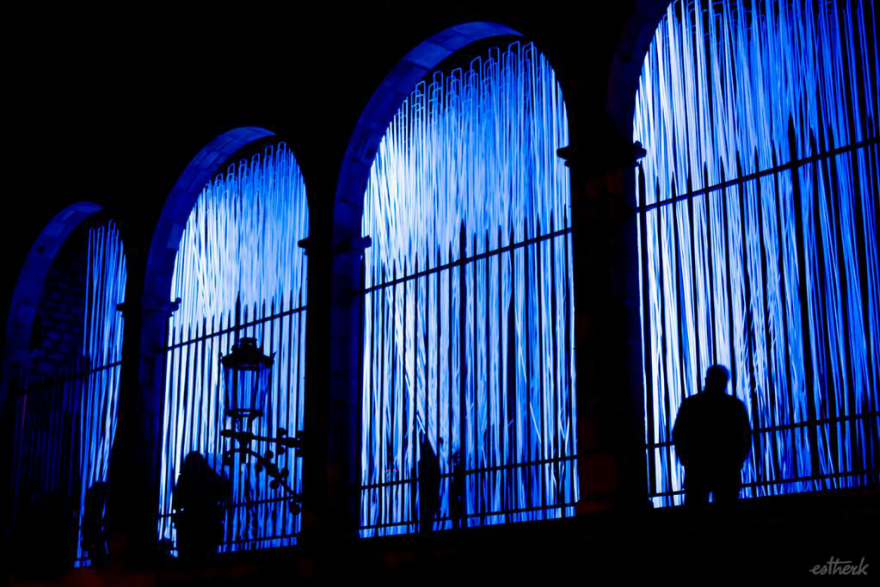 The installation highlights included “Dead Snow,” Barcelona School of Architecture's tactile trip-out opportunity for edgy artists and pious saint fans alike. Long cotton ropes running floor to ceiling in an outdoor hallway glowed without a clear light source. The quiet, eerie passageway offered a static, modern reference to the stories of heavy snow following Saint Eulalia’s (apparently super horrific) martyrdom back in 4th century Barcelona. A serene, barrel-of-knives-free way to reflect on the city’s long history, or contemporary uses for black light, or what it’s like to be a clownfish. 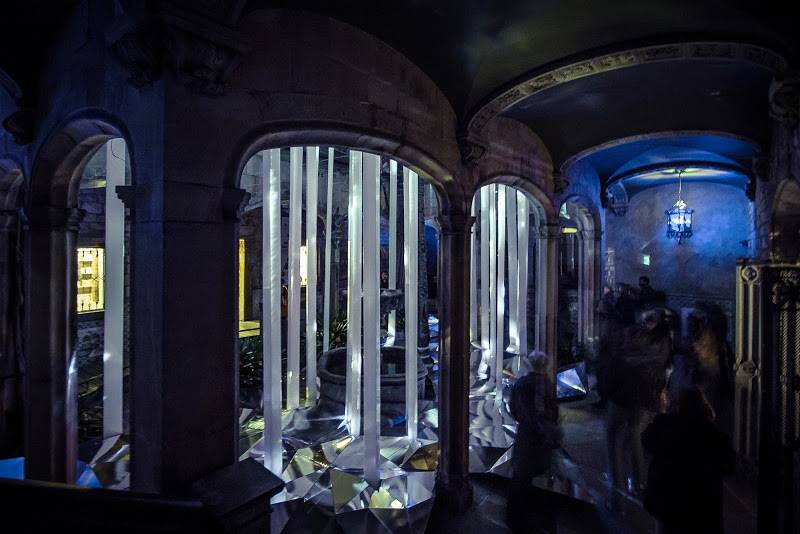 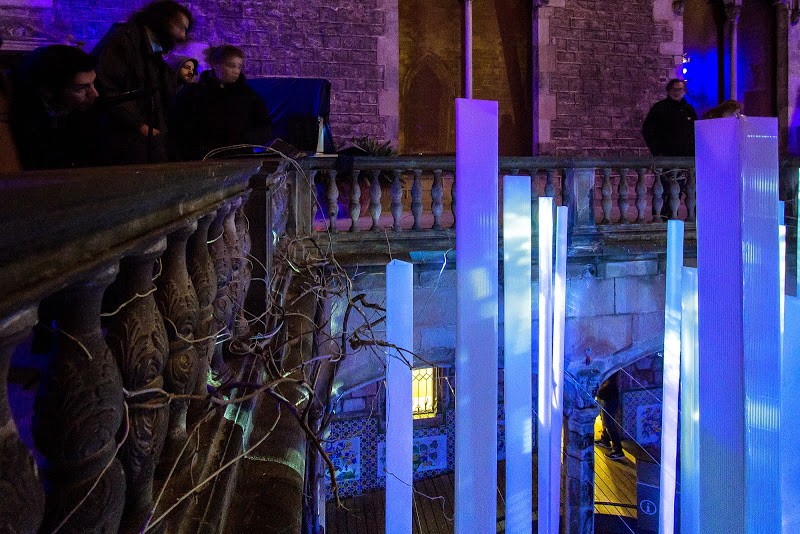 “Light Rain” was an interactive piece by the Institute for Advanced Architecture of Catalonia, imagining the tears of Saint Eulalia as a rain shower of light emanating from a tree in the small central courtyard of the Barcelona Historical Archive. The piece featured many two-story, translucent tubes centered around a small fountain and palm tree, along which light “fell” in time to a soft soundtrack of rain. Both light and sound quickened as viewers gathered on the second story. Looking down at the fountain the "rain" appeared to fall from the tree indefinitely, reflected by mirrors on the ground below. 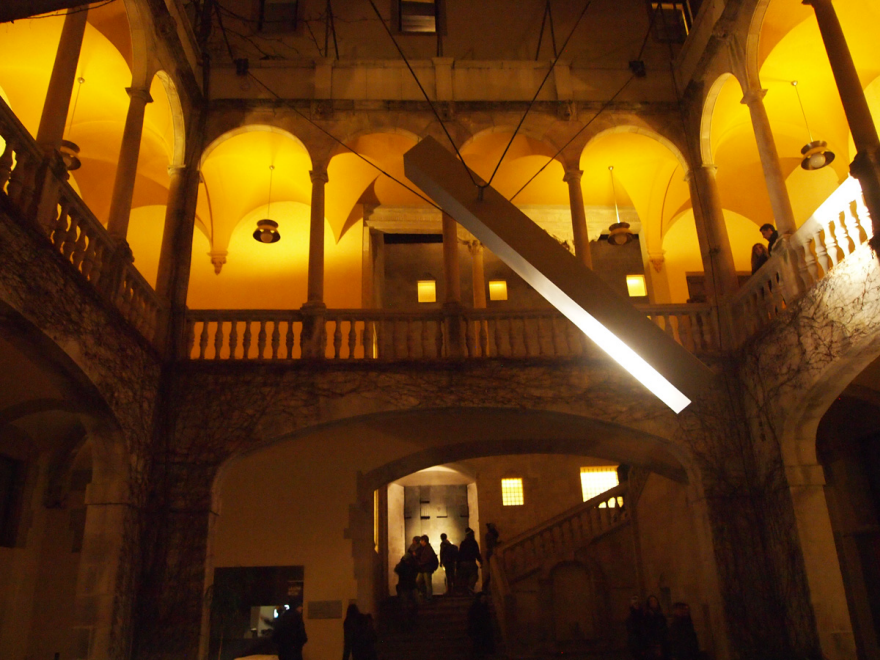 Playing with both visual and physical balance, "Light Work" harnessed light as if it commanded physical force. In it a massive metal beam is poised at one end of its swing, seemingly kept in place by the strength of the spotlight on it. Produced as a collaboration between artist Andrew Chappel and ICFO, it makes a fun concept into lovely courtyard art...though it was admittedly even more hypnotic while actively moving during installation. 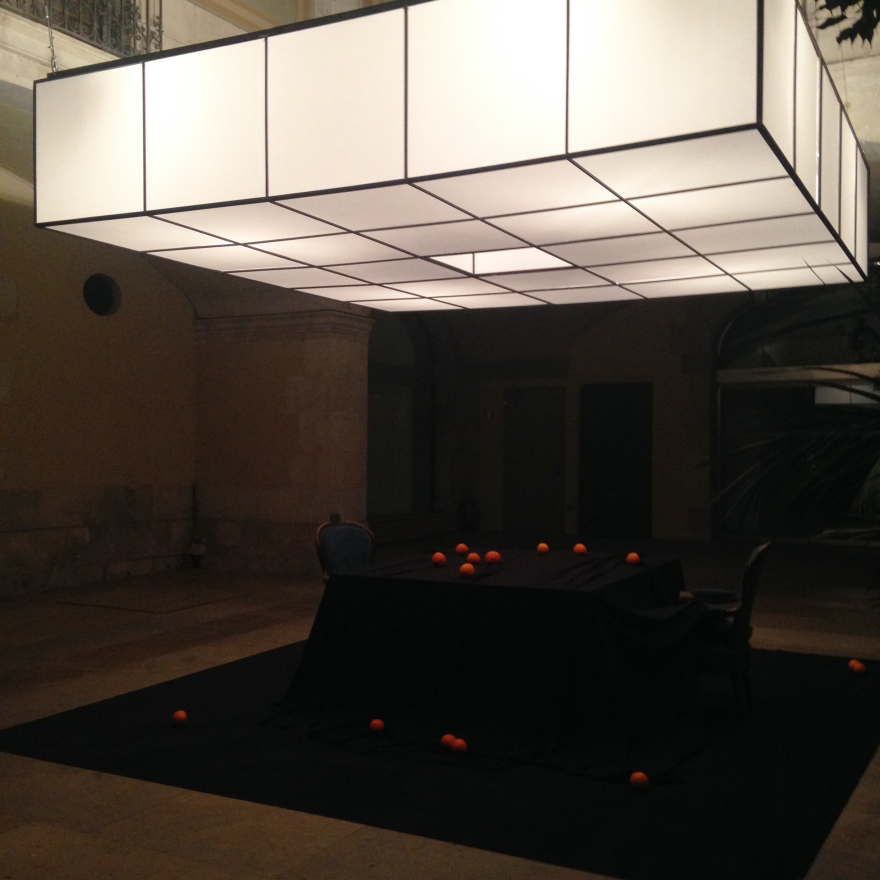 “An Epic Dinner” was a beautiful, moody scene created by lighting design instructor Josep Aregall and students from the University of Art and Design Centre of Barcelona (UAB). It was dominated by geometric lighting, an ominously dark table, and slightly abused oranges. The piece was inspired by Heraclean mythology, framed by a hypothetical dinner between Catalan poet Jacint Verdaguer (writer of inspiring Heraclean poems) and the Marqui of Comillas (owner of the historic palace where the installation was housed). 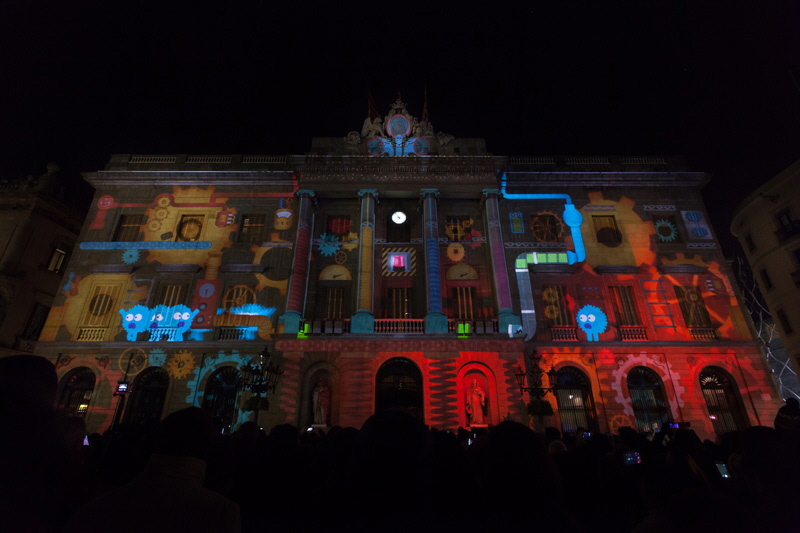 Of the live light projections, the biggest was the most entrancing. Students in the Elisava Masters in Art and Advertising programs transformed the face of the enormous Barcelona City Council Building with five animated and soundtracked projections representing the nightlife, food, and even public transportation of the city. Part cartoon, part giant music video, part mind-bending site-specific sculpture. It's not often you feel like you're in a pinball machine. 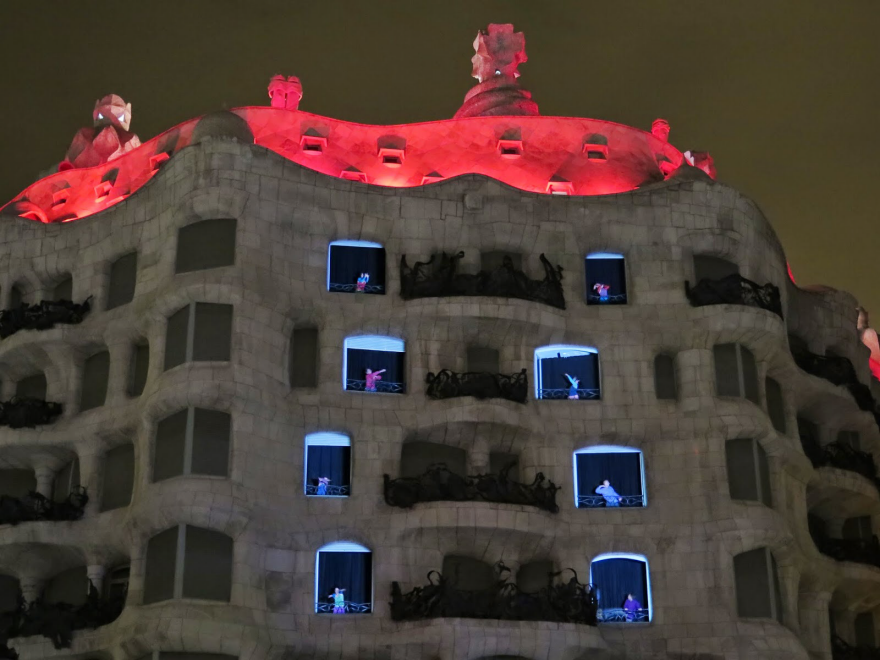 Another show-stopping projection turned the facade of Gaudi’s beloved la Pedrera (or Casa Mila) into both screen and stage. “La Pedrera, Emotions In Motion” paired interactive projections with eight live dancers who performed in different balconies and windows, interacting with the lightshow, the architecture and each other. Overall, a surprising and exciting use of one of the weirder architectural sites in the city. Other projections turned sculptures and fountains into active characters, and (like the whole of LlumBCN) breathed color and fun into cold dark spaces.