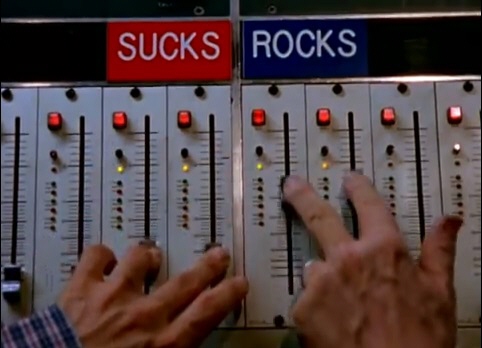 A controversial tech topic showed back up in the forums over the last year: the onward march of automating design. With the steady progress towards smarter programs and ever greater computing power, some designers look forward to more automation and some remain skeptical.

The role of generative computing or automation has been contested for as long as it’s been suggested. A breathless article and interview with Autodesk CTO Jeff Kowalski raised eyebrows and questions again with its grand claims about reducing trial and error to a completely digital experience—not to mention the choice quote that current design methods produce,"pretty much the first thing that [works], as opposed to the best one that could be found.”

In response to the claim that design processes will benefit from automated design reducing the amount of digital-to-physical translation, poster Sanjyoo9 had this simple concern:

Putting a creative decision in the hands of an algorithm means you are surrendering your fate to an algorithm, that some person wrote, so you are letting someone else make a decision for you.
It's the equivalent of turning down the sucks, and turning up the rocks.

It’s a common enough qualm, but others see the benefits of greater automization as less threatening and more like the increase in programs’ technical knowledge and testing (a la SolidWorks).

Cyberdemon countered that most contemporary tools would benefit from an update to keep up with developments in additive manufacturing, which has made previously impossible work viable:

It doesn't undo the need for designers (or engineers) but starts to provide more decisions for how to create better designs. …I for one think we are in need of a big rethink of tools around additive manufacturing. Traditional CAD tools don't enable you to build objects that are optimized for some of the crazy structures and shapes you can achieve with 3D printing - that's why so many of these new tools have been evolving to fill in that niche.

Still others eschew the entire debate for its distastefully jargon-heavy and unsubstantiated self-important futurism.

Regardless of the type of use and user, the overarching concern seems to be that proponents are pitching automated design software as a tool that replaces designers' decision-making rather than enhancing it. As designers should know, the argument “if you don’t like it don’t use it” is deceptively simplistic, since our tools inevitably shape our work and our thinking about it.

The debate likely won't be over for a while, but the questions provoked are still interesting. Are all design process inefficiencies fair game for elimination? In a field that straddles creativity and pragmatism, are the slower tactile parts of prototyping overdue for replacement? Are the current automation options appealing?

Weigh in with your thoughts in the comments below or over at the Discussion Boards.