A New York newspaper is looking at the design of a Mercedes gearshift lever as the potential cause of a horrific car-and-train collision earlier this month.

On February 3rd, 49-year-old Ellen Brody's ML350 was struck by a commuter train north of New York City. The car exploded, the train pushed it for 1,000 feet and the first train car burst into flames. Brody was killed, along with five passengers in the train. 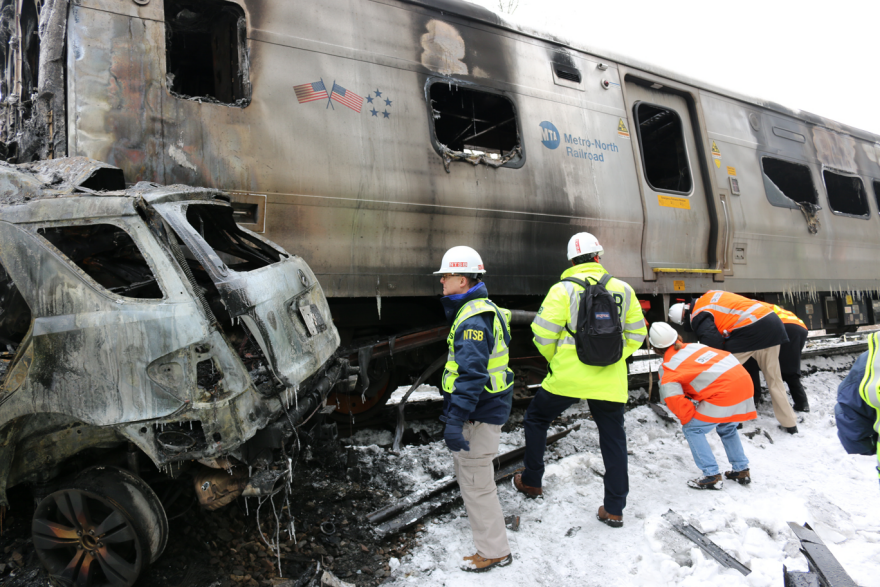 So what role could the gearshift lever have played? These days when I hear of a car accident, I usually wonder if the driver was texting rather than suspecting some ergonomic fault with the car's design. But the gearshift argument makes sense given the following information and the eyewitness account:

Brody was in a line of heavy stop-and-go traffic, waiting to cross the railroad tracks. This was an unfamiliar route for her; traffic had been detoured due to an earlier accident on the nearby highway she normally traveled on. As Brody's turn came and she inched her car forward, the crossing gate suddenly came down onto the back of her car and she stopped. The car behind her then began to reverse, assuming Brody would do the same to free her car of the gate.

According to an eyewitness account, Brody got out of the car to see what had happened. She touched the gate but did not, or was not able to, remove it off of her car.

Brody then entered her vehicle and sat there for a moment, which the witness described as “enough time to put on her seat belt.” The witness said Brody then suddenly pulled forward, directly onto the tracks, and the train struck her car.

"I just knew she was going to back up—never in my wildest dreams did I think she'd go forward," the eyewitness said.

It makes no sense—until you consider what must have happened. Brody gets back into her car, presumably pauses to put her seatbelt on, then puts the car in reverse, to back up and snap the gate off if need be. Instead the car moves forward directly into the path of the train.

Take a look at the stalk-style gearshift lever in the ML350: 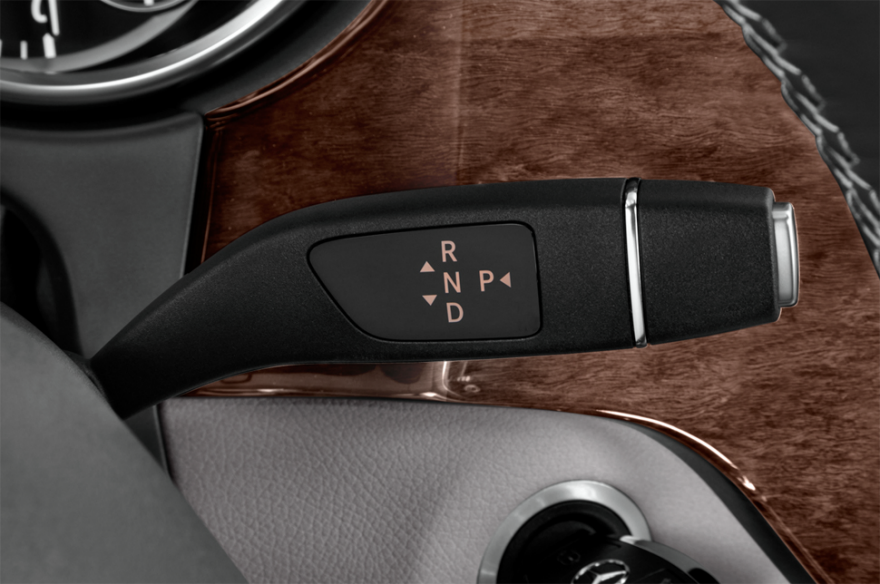 With this arrangement, when it's in "Park" and you pull it down one notch, it goes into "Drive," i.e. forward.

Brody was 49 years old. Thirty-three years ago, when she was sixteen and presumably first learned to drive, column-mounted, automatic-transmission lever-style shifters were common in America. They looked like this… 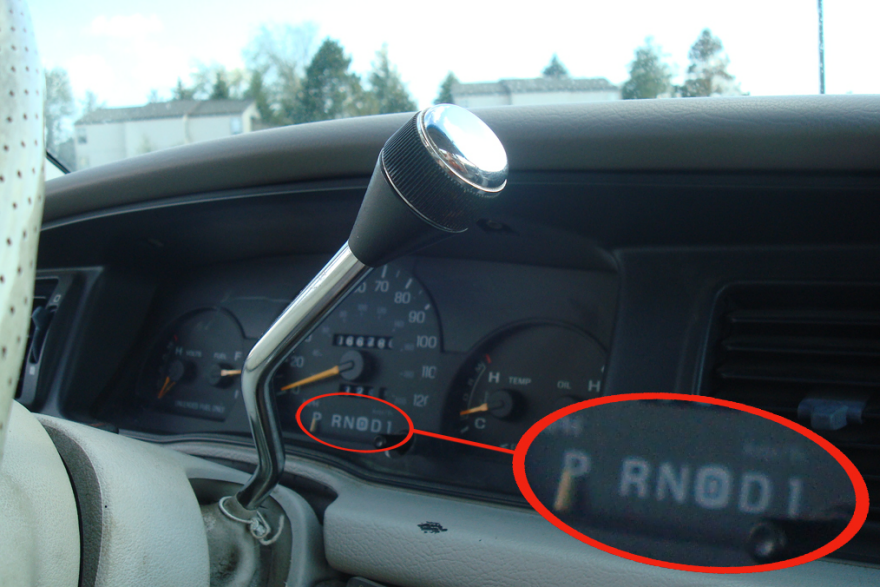 …and the sequence was always the same: P, R, N, D. In other words, one notch down from "Park" was "Reverse." I believe Brody, like most Americans of that age who learned to drive on such a car, had it hard-wired into her brain that when you're shifting something mounted to the column, one notch down from "Park" is "Reverse." I think she meant to back her car up away from the tracks, muscle memory took over, and she unwittingly lurched the car forward. There was no time for either her or the train driver to react.

Records show that Brody had registered the car in December, meaning it was new-to-her and perhaps she hadn't gotten the hang of the transmission yet. But even if she had, that may not have made a difference. In an online forum for Mercedes owners, one owner of a GL-series—which has the same shift lever arrangement as the ML-series—writes:

I have [13,000 miles] on my GL and really don't like the stalk shifter. I still must consciously think about shifting, especially going from either R or D into park, unlike the automatic motions I use with a center console mounted shifter. Even the standard column shifter of days gone by and which are still on some vehicles is more intuitive. I think it's because the position of the shift lever, be it on the floor or the column, is an obvious visual indicator of shift position rather than the not so obvious lights on the dash.

The type of shifter in Brody's car—which is a function of drive-by-wire and is not mechanical—is not unique to Mercedes; some BMW models have an identical arrangement. But given that these are for drive-by-wire systems, it must be a relatively recent convention.

Older European cars had predominantly manual transmissions, and in my own anecdotal experience, every older European I've met that can drive learned on a manual. In automatic-transmission-crazy America, however, most older Americans learned to drive under the P, R, N, D convention. Perhaps we cannot expect a European car company to adhere to a convention not of their making. But to a generation of drivers raised on column-mounted P, R, N, D, the newer design approach seems a very poor one indeed.