As Washington Life Magazine reports, Wade Davis (not the NFL player) "has one of the most coveted jobs in America—Explorer-in-Residence at the National Geographic Society." This modern-day Indiana Jones, the article states, is

A cross between your favorite professor and a modern day Marco Polo [who] spends of his time with his fingers in the dirt, traversing the globe as an anthropologist, ethnobotanist, photographer, and writer. When he’s home in Washington, he escapes to put pen to paper in his Travis Price-designed study, overflowing with books, manuscripts, artifacts, and inspiration. 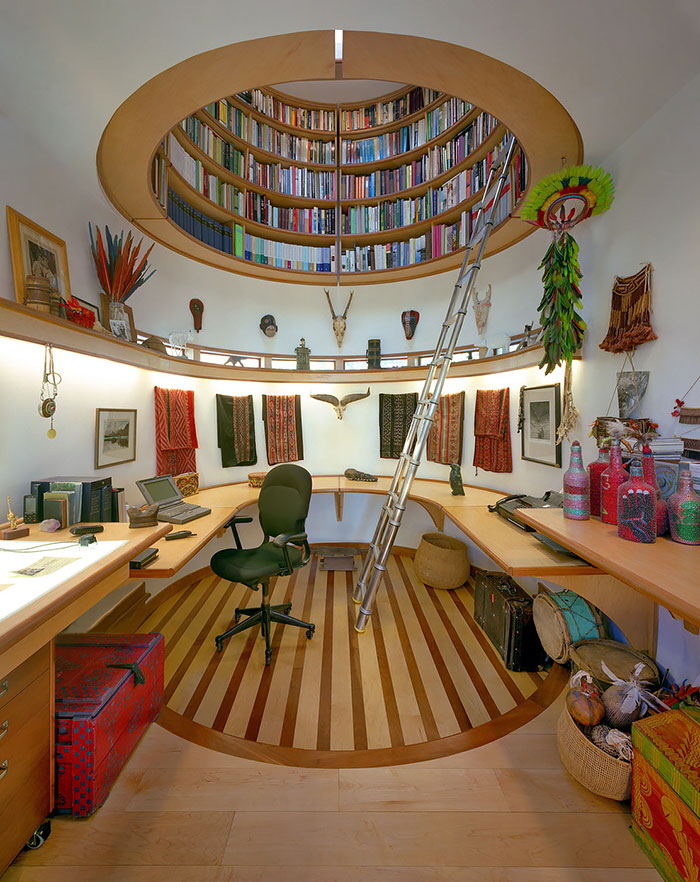 If you're like me you're probably wondering why someone would commission something so unusual and seemingly impractical, and here's the story. First off, Davis wanted to be able to work at home to be with his kids, unlike his own father, who "left the house every day and only returned at night." Secondly, he has a specific way he works that informed the design:

While many need light-filled rooms for inspiration, he wanted to avoid large windows opening onto a residential neighborhood and sought a cave-like atmosphere to disappear into his work. Subtle light was brought in by other means when the architect built a dome above his client’s desk (which Price describes as similar to the rotunda of the oracle’s temple at Delphi) and filled it with the books he uses the most. Davis whimsically calls the space his “Navajo kiva of knowledge.”

A kiva is a chamber, typically subterranean, that a subset of Native Americans used to conduct religious rites inside of. Hence the single, solitary skylight up top, which does indeed make the space seem as if it's below-ground. 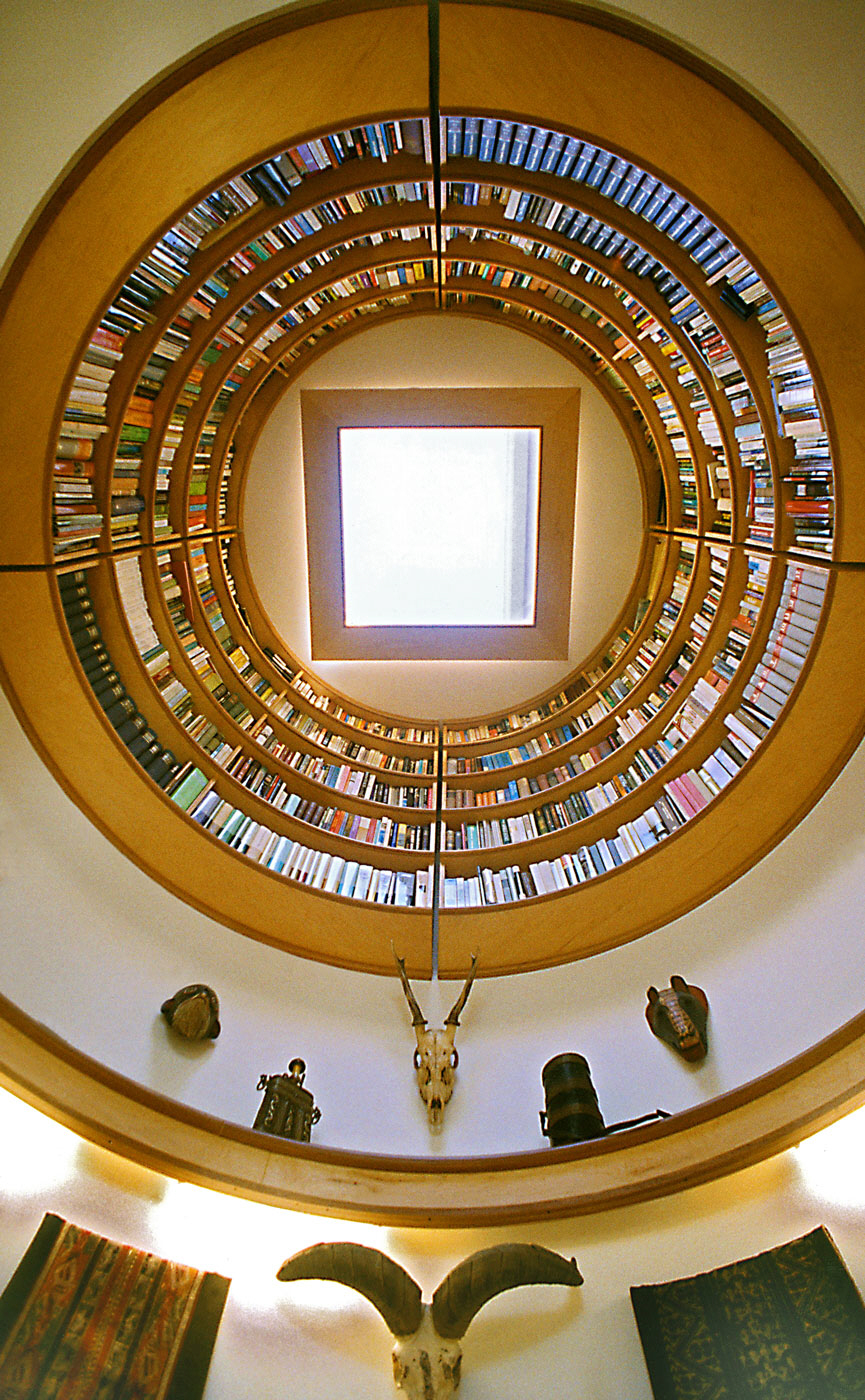 While Davis' space wouldn't work for me personally, I am always interested to see what kinds of spaces other folks, particularly creatives, prefer to work in; and along those lines, you may want to check out Daily Rituals: How Artists Work, written by Core77's own Mason Currey.