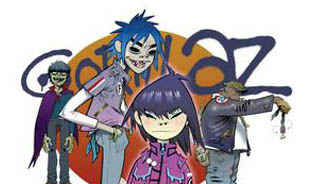 Cara Speller, producer of the Gorillaz live extravaganza at the London animation house Passion Pictures, said: "It's quite old technology. It's essentially Pepper's Ghost, which was a Victorian invention of reflection and projection on to mirrors."

Discussions have been held with ILM to incorporate a more sophisticated technology for the world tour in 2007.