This is the first of our ten Tech Specs interviews. Read the series introduction here.

Background: I've been at Bresslergroup for two years now. Previously, I worked at a design firm called Design Central in Columbus, Ohio. And before that, I was an industrial designer at Stanley Black & Decker for about seven years.

Computer setup: I have a Windows 7 tower with a 24-inch Wacom Cintiq. I don’t use an additional monitor, just the Cintiq—it has an upright position that I use for CAD and e-mail and things like that, and when you pull a lever it folds down closer to your lap for drawing.

Believe it or not, I use a corded mouse—I find that cordless mice don’t have the sensitivity and reaction time I need when using programs like Illustrator. I do use a cordless keyboard, however, because you need to be able to move the keyboard out of the way when the Cintiq is in drawing mode.

Otherwise, I always keep a big pair of headphones on my desk—that’s key. And I also have a little pair of digital calipers next to me, because I’m constantly measuring things.

How much of your workday do you spend in front of the computer? Probably 75 to 80 percent 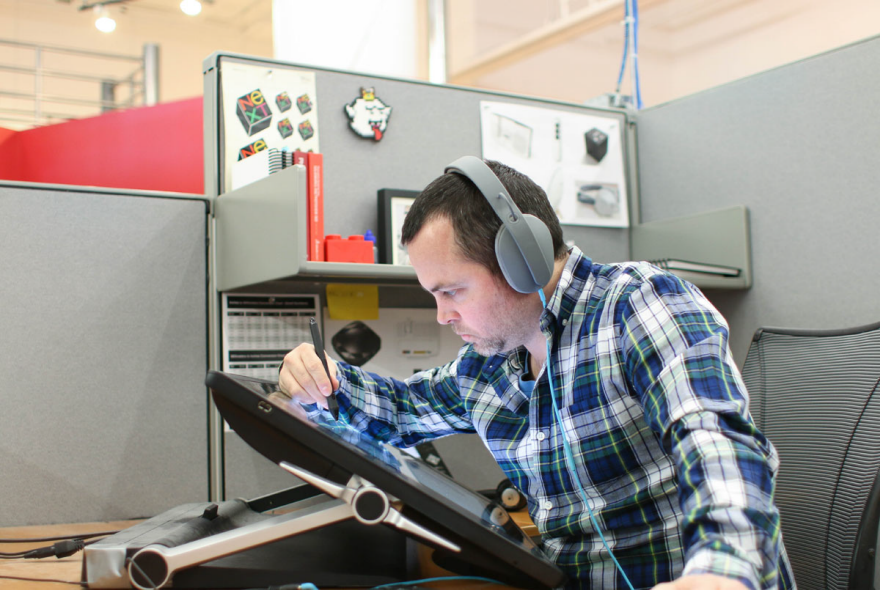 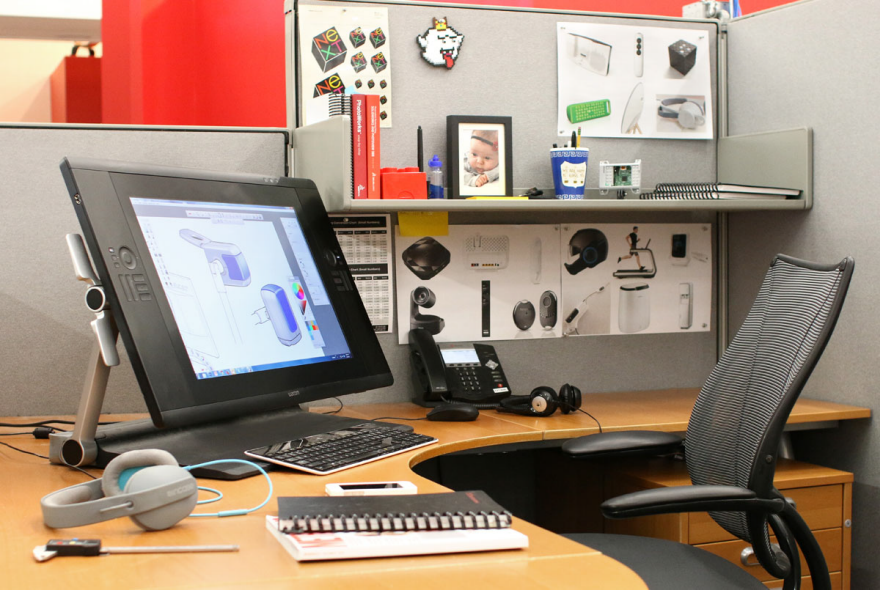 Most used software: In order of usage, the top three would be Sketchbook Pro, SolidWorks and an image-capture program called SnagIt, which does quick screen-captures and lets you annotate them. The next most-used would be Photoshop, followed by PowerPoint. PowerPoint doesn’t have great creative tools or font controls, and you can’t draw very well in it, but it’s what clients are familiar with. When we’re sending presentations to clients, they’re generally going to want a PowerPoint file so they can edit it.

Finally, we use Bunkspeed quite a bit. It’s a digital-animation rendering software that does really well in 3D animation for industrial designers. We tend to do a lot of product animation and we find that it’s the easiest to use—and it’s fairly cost effective. We are also looking into using Modo, which is another animation package.

Software that you thought you’d use more often than you do: Well, I guess I see people outside my profession using things like Excel and Word a lot—and generally I don’t use programs like that as much as I do the creative software. We do use Outlook for company e-mail, as it integrates well with calendars and scheduling. It also works well with online meeting platforms like GoToMeeting. 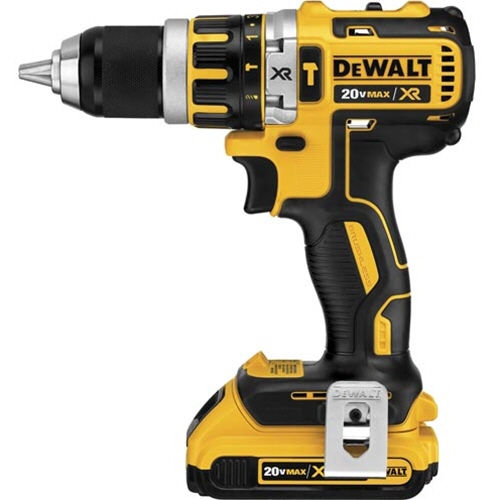 One of Murray's designs for Stanley Black & Decker, where he worked for seven years.

Favorite apps: Feedly to catch up on blogs. Tweetbot to look at Twitter. The Podcasts app. And an app called IFTTT, which is an automation app that can give you customizable notifications for various things.

Apps that are actually useful for your work: The camera is extremely useful. When I was first starting out, you would have to grab the studio camera and bring the model or prototype somewhere with good lighting to get a good picture, but now it’s so handy to snap a photo with your phone. Having a good camera available all the time really makes a difference when capturing the design process.

Other devices: Nothing of note. I don’t use an iPad or anything like that. I carry a spiral-bound notebook with me everywhere in the office. Maybe I’m a little old-school, but I feel like when you’re in a meeting with clients and you have a digital device in front of you, they may think you’re not paying attention to them. When you have a notebook in your hand and you’re writing stuff down, it feels like you’re giving them more attention.

Other machinery/tools in your workspace: We have multiple 3D printers in the office that we’re constantly using to build prototypes for projects. We utilize the latest 3D printing technologies available. Other than that, I have a few X-acto blades on my desk and a cutting mat nearby, for cutting paper and foamcore and things like that.

Tools or software you’re thinking of purchasing: I have thought about getting a second monitor to see e-mail, but I have to figure out where I could fit it on my desk. And I’m trying to find a good-quality charging station for my desk, because the USBs on my Wacom are always taken and I constantly have to reach down to plug and unplug things in my tower. 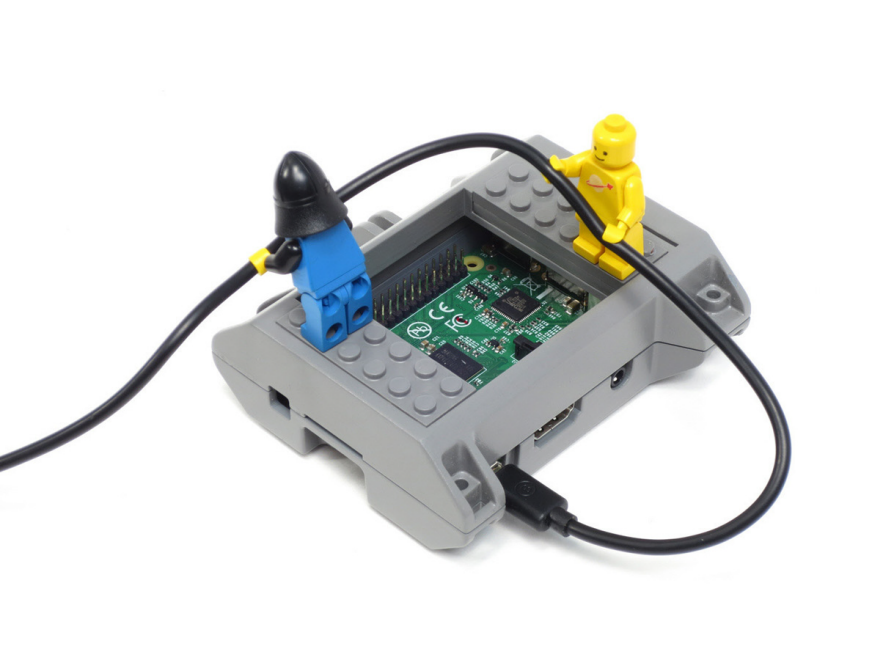 A side project by Murray—the SmartiPi, a Raspberry Pi B+ and camera case with Lego and GoPro mount compatibility 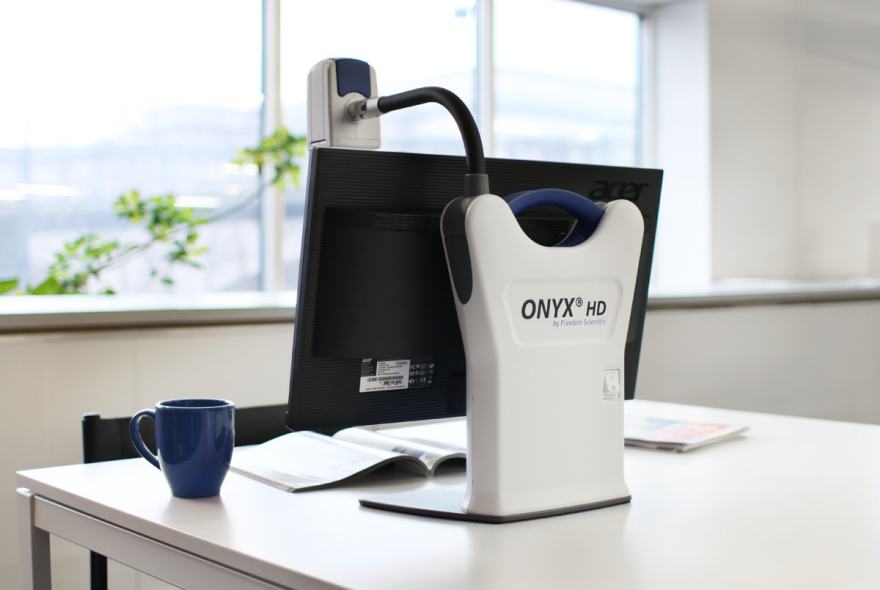 One of Murray's projects at Bresslergroup, a portable HD video magnifier for Freedom Scientific

How has new technology changed your job in the last 5–10 years? I’ve seen a huge transition to digital sketching. When I was in school about ten years ago, it basically didn’t even exist—and now I’m almost 100 percent drawing on-screen. That’s probably the biggest change for me. Otherwise, 3D printing has just gotten so cheap. We have multiple 3D printers in the office and they really speed up the design process. We can sketch a concept in the morning and hold a print of it that afternoon. Easy access to this and other rapid prototyping solutions really accelerates innovation.

When it comes to new tech, are you a Luddite, an early adopter or somewhere in between? Generally I know about stuff pretty early, because I’m constantly reading blogs, but I like to wait for all the bugs to get flushed out before I actually adopt something. So I’m highly aware of new technology but slightly slower to adopt it.

Do you outsource any of your tech tasks? We sometimes outsource some of our 3D printing or machining jobs when we have too much volume internally.

I’ve seen a huge transition to digital sketching. When I was in school about ten years ago, it basically didn’t even exist—and now I’m almost 100 percent drawing on-screen.

What are your biggest tech gripes? Buggy software. Poor interfaces. Having too many features. And online-meeting issues—I must have used close to ten different online-meeting solutions, from Microsoft to GoToMeeting to WebEx, and none of them are foolproof. It’s amazing how many issues they still have. It seems like it’s a technology that’s just impossible to perfect.

In terms of my design process, there’s always the issue of file-format compatibility. So when we’re doing 3D design, we need to export it out of SolidWorks and bring it into our rendering program, and that’s a constant nuisance, because the export may not work correctly and then the file has issues. That’s a problem I see nearly every day.

What do you wish software could do that it can’t now? This isn’t exactly a software problem, but I never see good artificial intelligence—I never get good tool tips in software or good recommendations on Amazon or eBay. They’re just not very accurate.

Finally, we've all had instances of software crashing at the worst possible moment, or experienced similar stomach-churning tech malfunctions. Can you tell us about your most memorable tech-related disaster? The biggest issues I’ve ever had were working with extremely large files in SolidWorks 3D. Working on a really large assembly or part, I’ve had instances where the file just got too big—and what I find with SolidWorks is that when the file gets too big, it gets really buggy and things just stop working. And there have been cases where I had to take the file apart and almost start over—where you have to delete a lot of stuff and break the file into two or three files and then link them together. That’s where I’ve really run into some walls.