Is Outdoor Advertising a Complete Waste of Space? 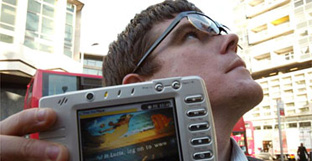 Pretty much, according to Owen Gibson writing in the Guardian, which co-developed along with a firm oddly called ID Magasin, a simple device that records all of the 3500 or so advertising messages that an average London commuter sees in a day.

The results: "In 90 minutes, Owen saw 250 adverts from more than 100 brands in 70 different formats. The number recalled without prompting was 1."