Get tickets to see Victoria Slaker at the 2015 Core77 Conference coming up this October in Los Angeles.

This is the fifth of our ten Tech Specs interviews. Previously, we talked to Outlier's Abe Burmeister.

Background: After industrial-design school, I started at IDEO. Then I was on my own for a while as a small consultancy. I joined with Robert Brunner back in the Pentagram days. When Robert made the decision to found Ammunition, I helped start this office—we took the team over and launched Ammunition a little more than seven years ago.

Computer setup: It’s pretty basic, as are all of our setups here. I’m on a MacBook, which goes with me everywhere, more than I care to admit. It goes on vacation with me—I’m a little tethered to it.

Otherwise, I keep it pretty minimal. I’m happy to work small, so I don’t have any exotic mouse or monitor setups. I don’t use a Wacom tablet or anything like that. It’s very straightforward. 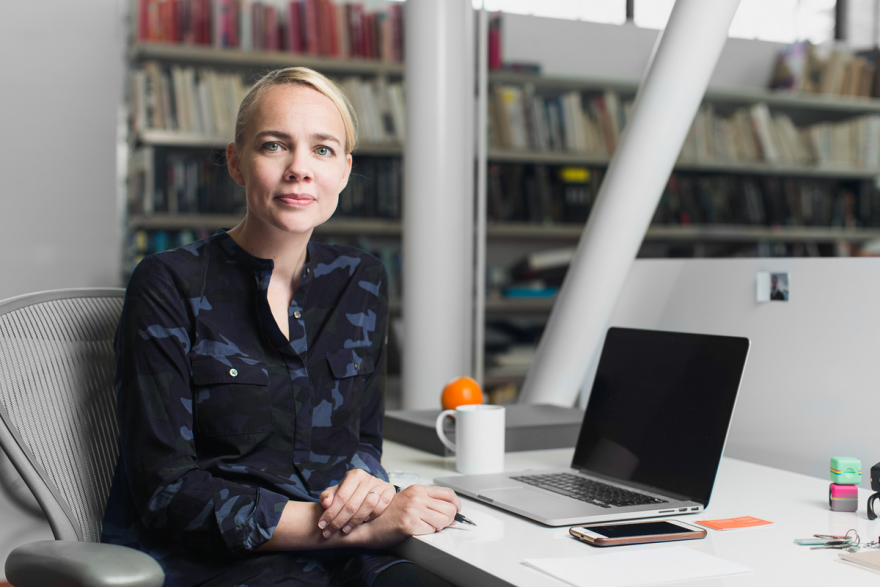 Victoria Slaker at her desk at Ammunition

Most used software: I’m a little bit old-school. My most used software is for 2D work—a lot of Illustrator and Photoshop. I do a lot of the initial thinking about concepts, so it’s either helping other people with creative direction or getting in there and doing some of the design work myself.

Other than that, our office is on Outlook, and we use Basecamp for managing client relationships and correspondence —we’ve found it to be a really useful tool.

Software that you thought you’d use more often than you do: The 3D software— I thought I would be more into than I am. I still don’t find it necessary. We have a lot of designers here, so that’s something where it trickles down; some of our other designers are doing the heavy lifting around 3D.

Phone: I have an iPhone 6 Plus. I thought it was going to be too big, but now when I see iPhone 4s and 5s, I think, “Oh my god, they’re miniature.” I’ve actually enjoyed it much more than I expected.

Favorite apps: One that I think is interesting, but that I haven’t had a chance to really use yet, is a Nike app called Making. It basically helps designers discern the impact of their material choices. So you’re able to dial up and down and decide, “Maybe this is the lesser of two evils,” or “Here’s something that could be a replacement for what we’re using.”

Apps that are actually useful for your work: There are viewer apps, like a plugin to view a Rhino file on your phone—that can be very helpful.

The other app that I use a lot, Sprig, is for ordering lunch. Because if you’re in a crunch, having lunch delivered is probably one of the best things. 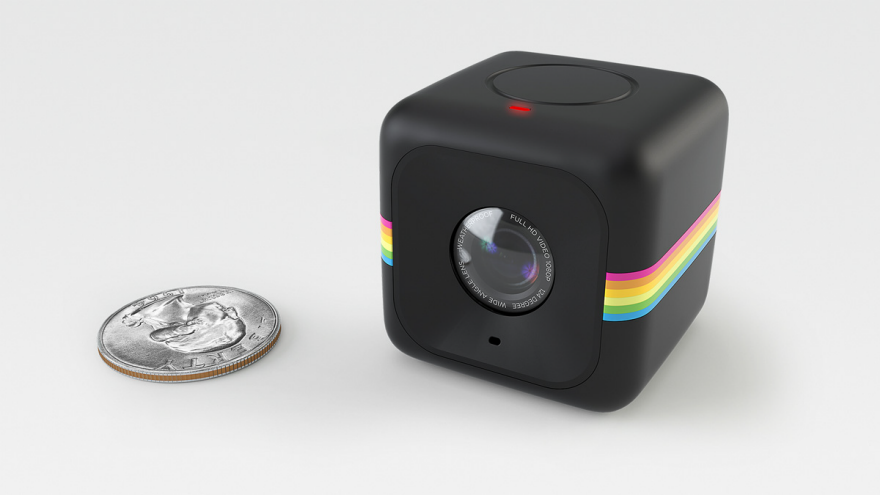 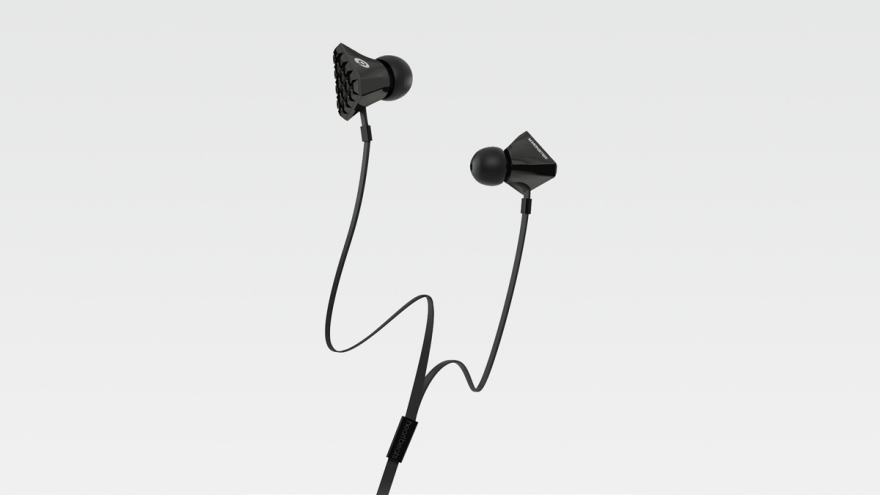 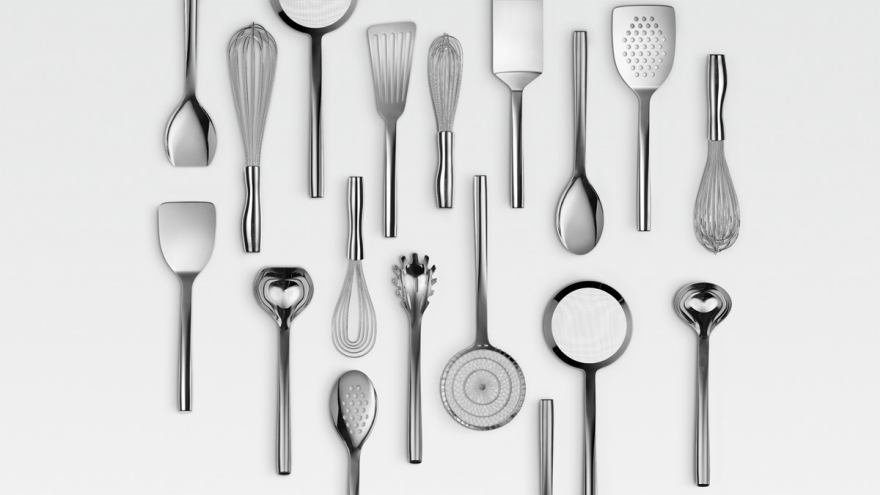 Other devices: I’ve got my iPhone, my iPad and my laptop. That’s pretty much all I need.

Other machinery/tools in your workspace: We were one of the early adopters of having a straight-up FDM machine in-house. And we were a little unusual in that we let the designers use it as they saw fit—and found it being used almost at the level of sketching. So it’s super iterative, and we felt there was a freedom to allowing designers to print as much as they needed. It was really beneficial to them, and ultimately to the project and the client. We’ve since added to our collection and now we have an Objet printer as well, which is super great.

Tools or software you’re thinking of purchasing: We don’t feel like we’re lacking anything—the tools that we need, we have in house right now.

How has new technology changed your job in the last 5–10 years? Speed—I think that’s the biggest thing. In the technology sector in particular, we’ve had to move a lot more quickly. Software can be continually updated, but once the hardware is done and in the user’s hands, it’s very hard to go back and change it. So being more responsive with the hardware side of things, and more iterative—that’s something we’re always chasing. And that has pushed the ID and engineering side of hardware to go faster and just be more nimble.

We were one of the early adopters of having a straight-up FDM machine in-house. And we were a little unusual in that we let the designers use it as they saw fit—and found it being used almost at the level of sketching. We felt there was a freedom to allowing designers to print as much as they needed.

When it comes to new tech, are you a Luddite, an early adopter or somewhere in between? I’m an impatient early adopter. I’m happy to adopt things, but if it fails initially or it takes a lot of time and effort, I move on.

Do you outsource any of your tech tasks? We don’t. The only thing we outsource is specialty items—like, we don’t keep a large engineering team on staff, because we’re always partnering depending on the needs of the client. But when it comes to specific design tasks, it’s all done in-house.

What are your biggest tech gripes? The idea that a rendering is a final product. It used to be that we had student portfolios come into our office, and if they had really wonderful 3D work and beautiful renderings it’s because those students worked super hard and they were actually go-getters in that way. Now, the software and technology in that area has greatly improved and gotten more accessible to more people, so it’s not always an indication of a great designer when they come in with a super shiny rendering. I’m feeling like it’s starting to be more of a crutch than it should be. People are skipping some really important steps to get to those renderings.

What do you wish software could do that it can’t now? We recently hosted a panel discussion here at Ammunition that included the founder of Autodesk, Carl Bass. He told us that Autodesk is working on software where you can dial in parameters around what a product should be doing, or what you want it to do, and the idea is that the software is able to design for you. Obviously, it’s a very sophisticated idea, but it’s also a kind of dangerous thing—because in the wrong hands, you could have people designing things that they’re not capable of vetting. It’s a little bit uncontrolled, but it’s an interesting concept at least. I don’t know if that’s a wish, exactly. It’s more of a genie-out-of-the-bottle situation.

Finally, we've all had instances of software crashing at the worst possible moment, or experienced similar stomach-churning tech malfunctions. Can you tell us about your most memorable tech-related disaster? I can’t say that we’ve had any epic tech fails. We have had some pretty hairy FDM fails. We’ve had instances where you open the door and it should be a beautiful print of your design, and instead it’s a spaghetti meltdown of plastic. That’s probably the only area where we’ve had serious tech malfunctions.