Embracing the Wild World of Wearables

A look at what's ahead for design when the worlds of technology, fashion and wellness collide. 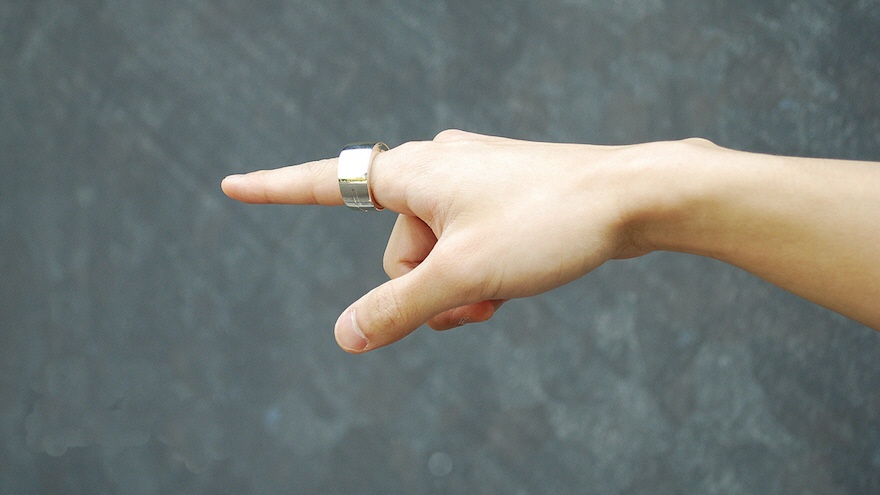 There’s something about the current design buzzword, “wearables,” that is spectacularly mesmerizing. As a tech nerd, I’ve seen it coming for some time, and have been intrigued to see its recent explosion in new product launches and popular media coverage. When the UP band from Jawbone emerged on the market in 2011, I had one of the very first, dutifully tracking steps, exploring sleep and otherwise trying to use and misuse this new type of device. I have also tried the FuelBand, the Fitbit, the Pebble Smartwatch and many other first generation products that have joined my collection of smart artifacts. My most recent test drives have been the Logbar Ring gestural interface (above) along with the Sony SmartWatch 3. And as a hands-on design technologist I’ve been experimenting with DIY kits such as the Metawear, Bitalino and Lilypad Arduino.

By their nature, wearable devices are intimate: they are in constant contact with us, covering sensitive skin and hugging curves and creases like parasitic prosthetics. They come to life on their own exposing the special powers of information flow, divulging otherwise invisible characteristics from the inside out (stress, temperature, heart activity) or making tangible some measurement from the outside in (phone alerts, environmental stats, social network activity). Their inner knowledge can be intended as a clandestine message that only the wearer perceives, or a visible badge of outward expression. They leave behind trails of data points that fade away in an instant, or persist as memories over a long period of time. Wearables allow data to essentially become a “material” that a designer can select and edit for specific types of users. And beyond the practical implications, data can become an important emotional trigger, evoking memories, bolstering confidence and actively building a sense of identity.

There’s an infinite amount of uncharted design territory left to explore in this area, so it’s no wonder that it’s captured the imagination of all kinds of designers. In this piece I’ve taken a step back to look at what’s ahead for design when the worlds of technology, fashion and wellness collide.

Looking Beyond the Wrist 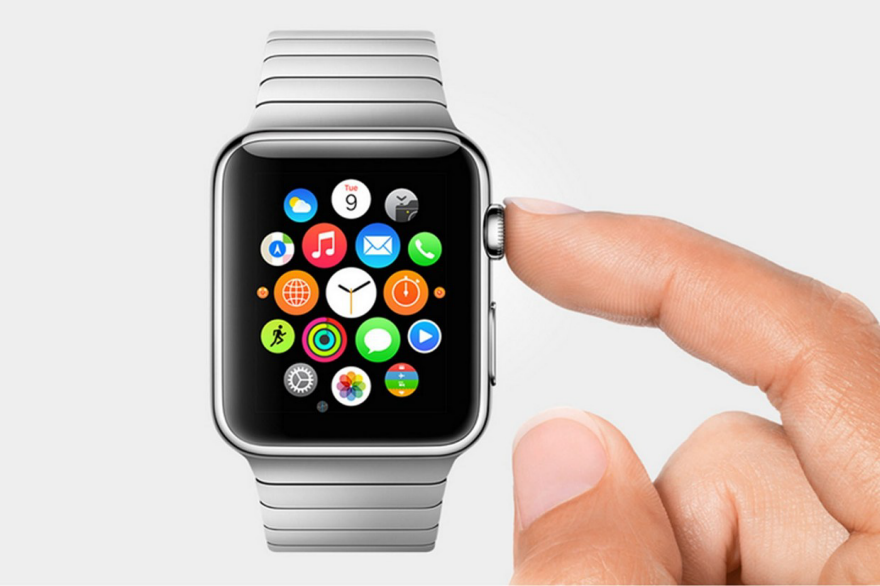 So far, wearable technology has barely scratched the surface of what’s possible, with an inordinate amount of design in the form of bands, bracelets and multi-functional smart watches. Though there are many benefits to the wrist as a location, it’s a thin piece of on-body real estate and the advent of Apple’s Watch will inevitably redefine the category, bringing fierce competition with it.

Instead of fixating on the wrist, we’ll find many more opportunities by looking elsewhere on the body. Clothing is an obvious choice, where the fabric itself has electronics woven into it, like the experimental Ralph Lauren Polo Tech shirt launched at the US Open and designed to track and broadcast fitness stats. Under Armour has been introducing garments designed to accommodate wearable technology, such as shirts that work with their removable “bug” sensor. In addition to sensors like an accelerometer for movement, it is ideally positioned to measure the wearer’s heart rate and breathing. 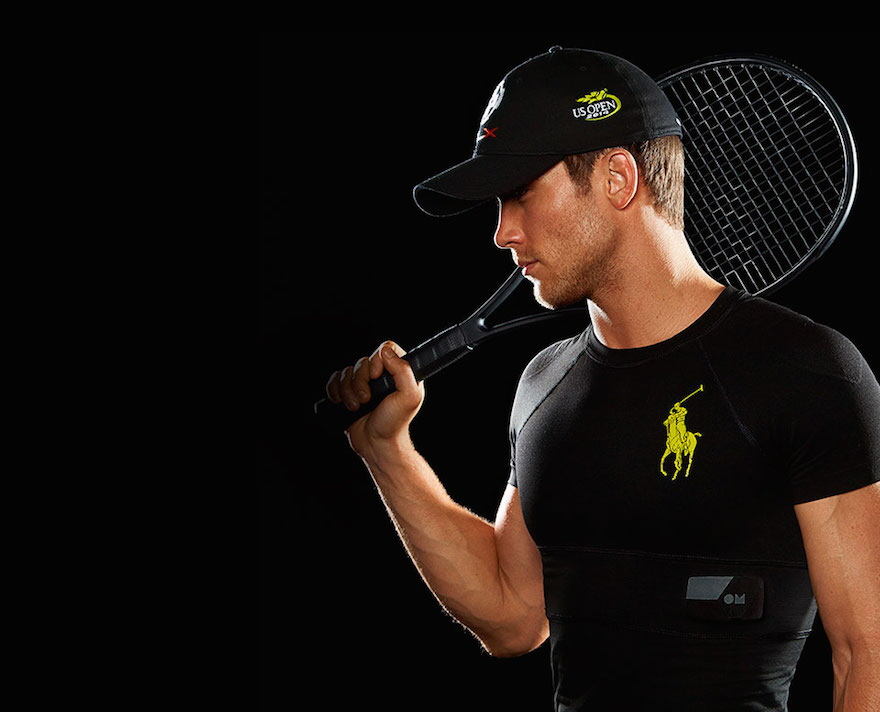 Several companies have begun to explore other forms of jewelry, such as the Ringly notification device and the Logbar Ring mentioned above. The Misfit Shine Fitness and Sleep Monitor has led the way in thinking about smart jewelry as a system, where the core sensor module can be worn as a wrist band or pendant, or even as part of a sock or T-shirt insert.

Beyond familiar structures such as jewelry and clothing, there are several new reusable adhesive technologies that can enable smart products in the form of decals and wearable tattoos. The Bloom Technologies pregnancy monitor, a product I recently helped develop as part of the team at ZINC, adheres directly to abdominal skin, avoiding the need for uncomfortable bands or compression clothing during a time when women need comfort the most. 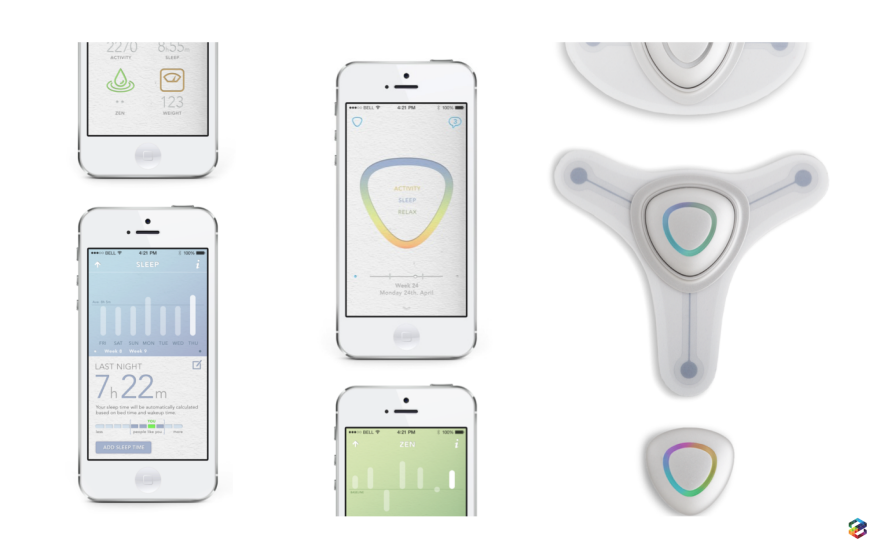 As an early-adopter’s market, it’s been a one-size-fits all landscape in terms of materials, but this is one exciting area where we’re starting to see change. As designers seeking to tap into human emotions and expression, we owe it to ourselves to think broadly, looking towards more natural materials that have unexpected tactile characteristics. Some interesting glimpses of possibility include luscious woods, such as the shells used for the Bellabeat collection of products for expectant mothers, or porcelain as used in Joey Roth’s iconic ceramic speakers. A recent collaboration between Swarovski and Misfit Shine shows the potential for looking towards more expensive materials such as crystals and other types of stone. 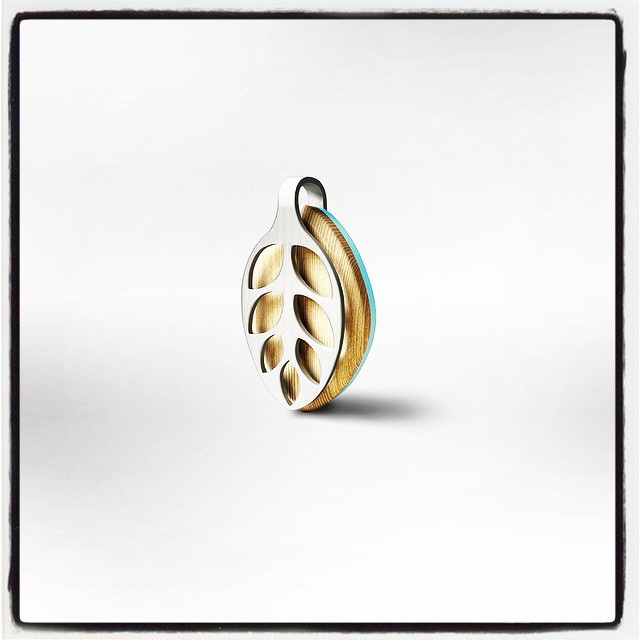 The Bellabeat Leaf is marketed as smart jewelry.

Furthermore it’s not just the physical aspects of materials that we’ll select, but the dynamic aspects as well. Wearable electronics open up a “fourth” dimension based on how the object changes over time, both in terms of graphical displays as well embedded mechanisms. Google has created a guideline for digital interfaces that’s literally called “Material” design, to suggest a reference to physical characteristics in the digital world.

The smart object maker WiThings has made the boldest move in this direction with the Activité watch that has an analog dial as its main tracking display. As designers, we know that firmware upgrades and changes in preferences will be best accommodated on a digital display that can be reprogrammed when needed. On the other hand, an analog dial harnesses the emotional value of a familiar, reliable and classic interface, harkening back to sports cars and precision tools. There is a visceral pleasure to the interaction, which is something that we miss with so many swipes of fingertips on slick glass. 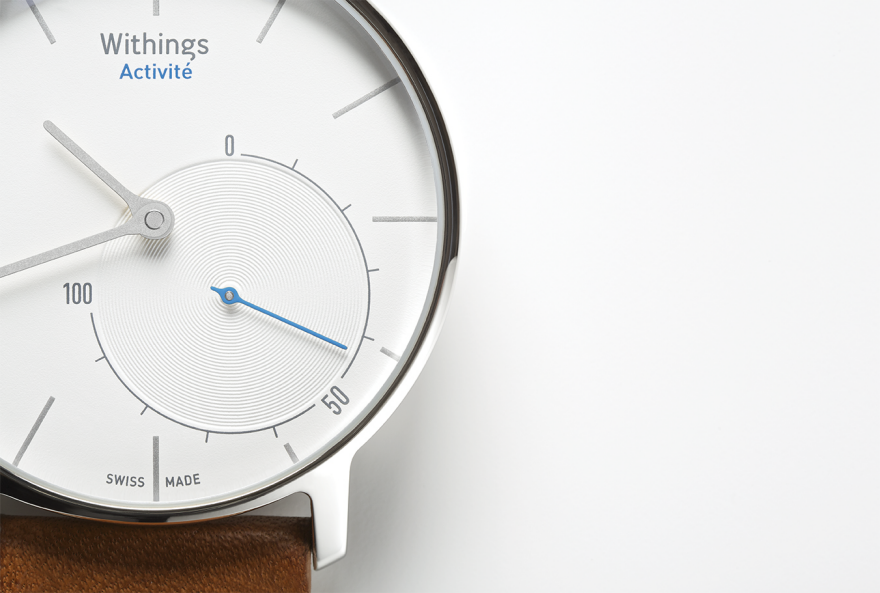 One clear abrasive aspect of today’s wearables is that many of these objects take a step into the future too quickly, making it difficult for people to feel comfortable including these objects in their everyday lives. All objects, to be easily embraced, have to flow into existing culture. It's certainly exciting, empowering and a little frightening to us as designers to think about how the objects we introduce into the world can change culture, but at the same time, they will never be truly accepted if we don't design with a sensitivity to what exists.

When the Nike+ system first emerged, the sensor was embedded deep within a shoe, so no one really needed to know that that piece of footwear was any different than any other type of sneaker. And while fitness bands were new, we already had a history of wearing information on our wrists, so what was essentially an evolution of the watch became an easy transition. But things went awry for the general public when it came to the first incarnation of Google Glass. 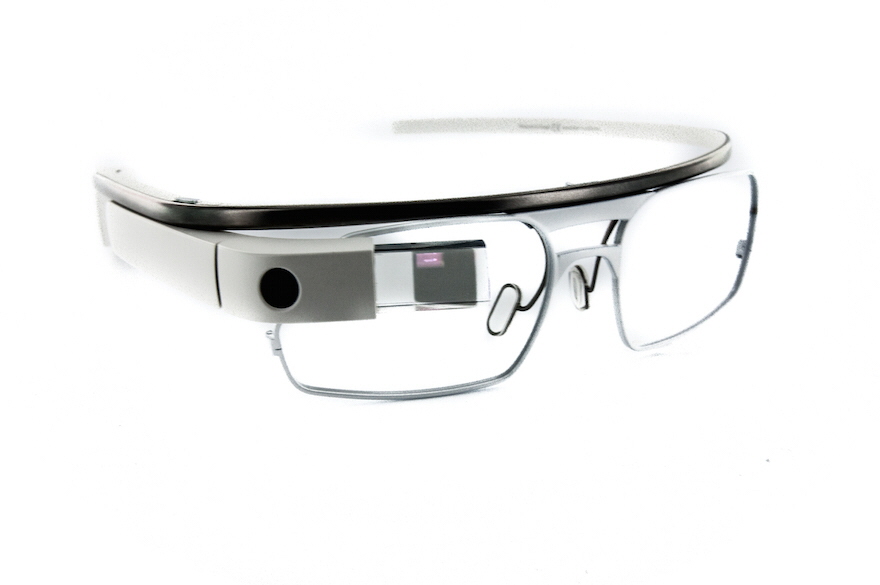 Culturally we’re not used to seeing glasses worn on the face without some kind of corrective feature, and when it comes to form, the glasses didn’t evolve from an existing shape like horn-rimmed, Ray Ban or cat eye; they perched precariously on the nose and traveled across the face with an asymmetrical block suspended from the frame. We simply weren’t ready for something that didn’t evolve from a familiar archetype. By contrast, the WiThings Activité high end watch pays serious respect to classical watches not just in terms of form and mechanisms but, by offering a high end Swiss made option, amplifying the cultural value of a historically-valued, finely crafted object.

Perhaps the most important aspect for designers to consider is context. Where will people be when they are wearing this device? Will it be hidden or visible? Do they wear it to bed, like the Jawbone UP encourages people to do? Or do they put it in a jewelry box with other precious items? What happens when it needs a charge? How does it sync? When do they look at that app? We can’t assume that what we envision as use cases will be instantly embraced, and if the experience doesn’t mesh with everyday life, the objects will fail to become part of new rituals. As far as design methods go, deep research with real people is more important now than ever, and envisioning use over time through tools such as scenarios are critical.

Google’s Android Wear watch interface, for example, can take its cues from the Google Now platform, changing automatically according to the context you’re in. If it knows you are driving, it will switch to the navigation interface, providing tactile vibration feedback for directions and listening for voice inputs so you don’t have to fumble with an interface or take your eyes off the road.

Six watch bodies and a dozen watch faces are currently offered through the Android Wear store.

It will be interesting to see how the two giants, Apple and Google affect the landscape of wearables in daily life. In the case of Google, the Android platform will be available for developers to go wild, opening up the potential for products from smaller and more eclectic manufacturers to emerge, appealing to niche markets. Experimental contextual shifts can also be explored, like allowing the device to be worn all day and then plugged into an alarm clock at night, once again changing its interface to be appropriate with the situation at hand. In Apple’s case, I anticipate that the OS will be tightly controlled as it has been for the company’s previous generations of mobile devices, but there will be carefully scripted and well-planned scenarios baked into the OS from the start.

With so many design considerations to keep in mind, how can you introduce a totally new type of product? How can you take history into account, allowing for individual tastes, and accounting for changes in trends? And how can you also take into account the changes in fashion while also accommodating shifting technology standards? For example, how long will Bluetooth be the dominant communications protocol? What happens when the next mobile OS emerges? It's a scary proposition! But it's clear that the one-style-fits-all era of the Jawbone UP and Fuelband are over. As a designer, my hope is that creating culturally sensitive, thoughtful objects that have that ever-elusive quality of integrity will encourage their longevity. Can we design something that people love and cherish, maybe even pass on to a future generation?

There’s so much work to be done, but one thing that’s for sure is that the future is ours to create.

Embracing the Wild World of Wearables