This is the ninth of our ten Tech Specs interviews. Previously, we talked to the digital artist Jonathan Harris.

Job title: Director of the Intelligent Materials Applied Research and Innovation (IMARI) Lab at Pratt Institute. I also teach in both the industrial design and fashion departments at Pratt, and I run my own design firm, RPF Design Studio.

Background: My undergraduate degree is in fashion design, from Pratt. I worked in men’s active sportswear for 15 years, and then I came back to Pratt to do my master’s in industrial design. Then I took my unique skill set of industrial design plus fashion design and combined them to apply product to the body—that’s how I think of wearable technology.

I’ve been teaching in Pratt’s fashion design department for 17 years and in the I.D. department for 11 years. Last September, I was approved to start a new research facility at Pratt, the IMARI Lab, where we take some of the interesting materials and technologies that are emerging, and figure out how to apply them to products, installations and other areas that provide us with interesting ways to interpret technology in art and design. 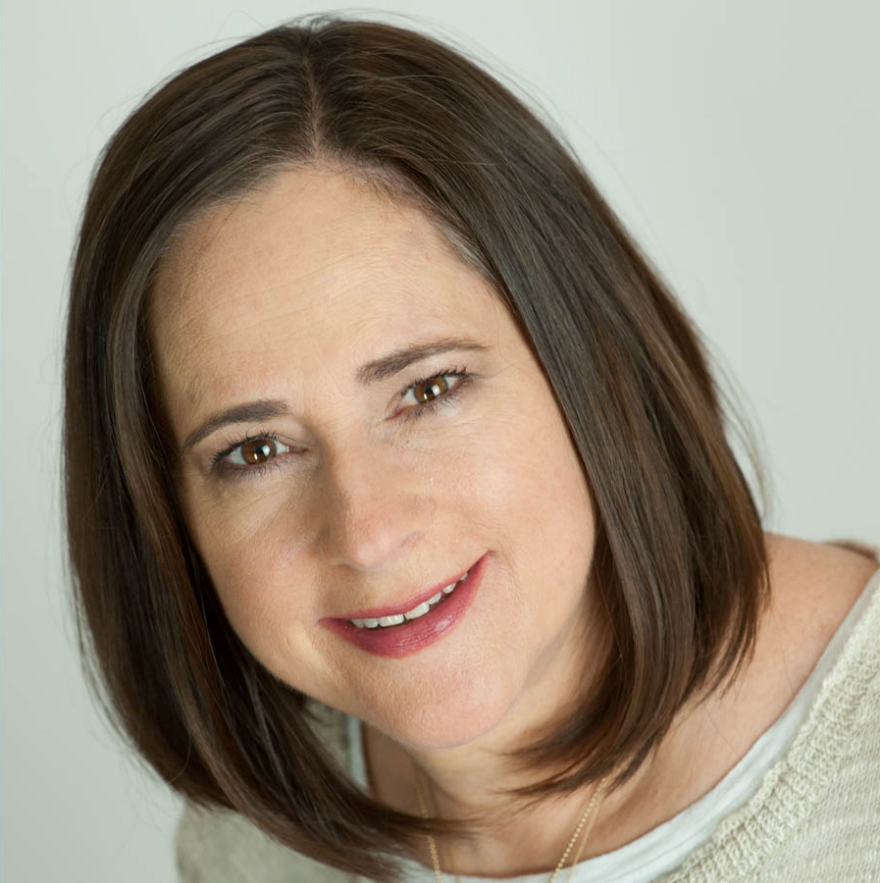 Computer setup: The way that the IMARI Lab works, it’s basically like a bootstrap startup, so we’re all running our own personal equipment. I use the same setup for the IMARI Lab and for my private practice. I have two computers—a PC for running SolidWorks and a MacBook Pro for everything else. That’s basically true for the entire IMARI Lab—we’re all Mac-based. Some people use Boot Camp on their MacBook Pros to run SolidWorks, and then a couple of us have PCs and flip back and forth.

How much of your workday do you spend in front of the computer? Both for me personally and for the others at the IMARI Lab, I would say that 80 to 85 percent of our time we’re working on the computer. The rest of the time it’s model-making, prototyping, stuff like that. 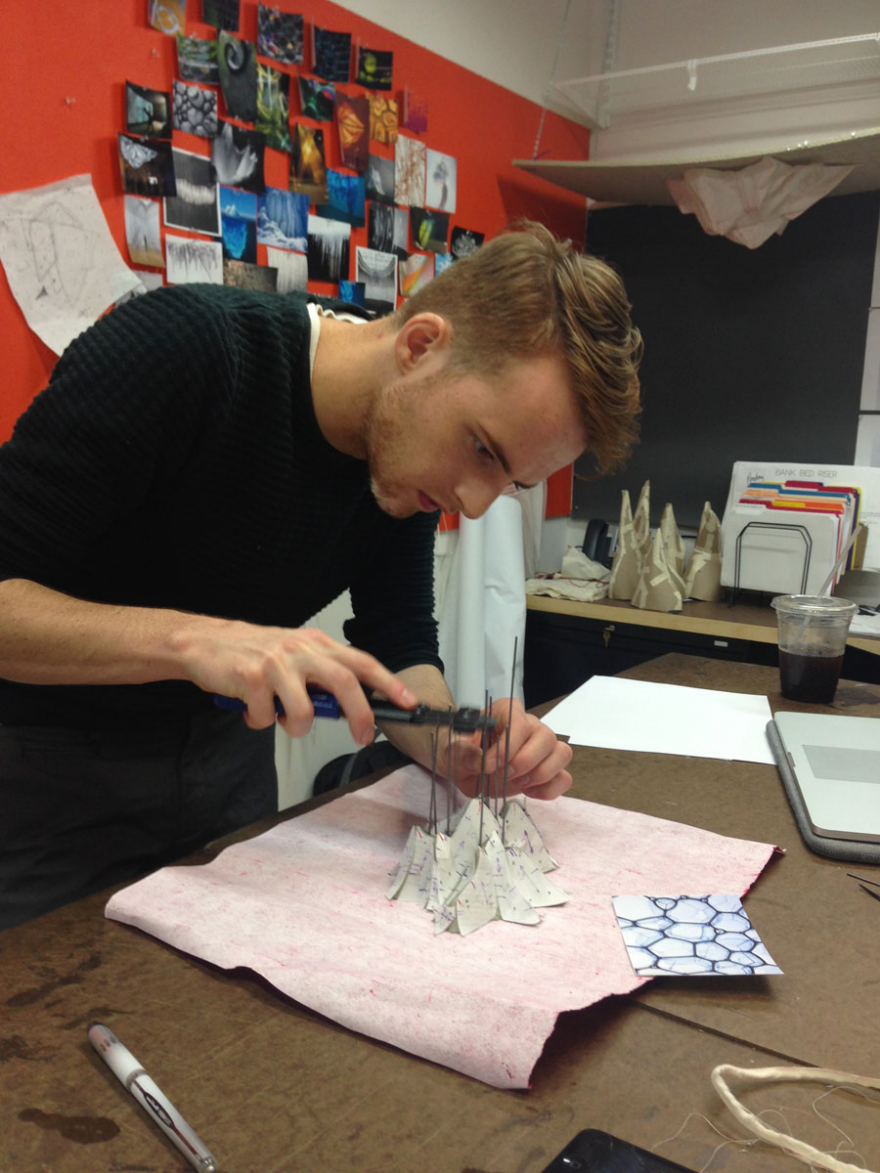 Most used software: For the early iteration and concept phases, we use the Adobe suite, especially Illustrator and Photoshop. And then when we start getting into actual design and modeling, we primarily use SolidWorks. We have used a little Rhino, but mostly it’s SolidWorks, and then there are a couple of plugins we’ll use—like KeyShot, which is a rendering plugin for SolidWorks that’s kind of nice. And because we do a lot of electronics stuff, we also use Fritzing. It’s an online, open-source hardware initiative for making electronics.

Other than that, I personally use Word and Excel a tremendous amount, because my job involves a lot of communication.

Software that you thought you’d use more often than you do: I thought I would use AutoCAD a lot, and I don’t really use it at all. I have a lot of AutoCAD and Alias experience, but I haven’t used them much lately. Nowadays I prefer to use Google SketchUp—the learning curve on SketchUp is so fast that it’s really easy.

Phone: iPhone 5. I love my iPhone—I could rule the world with my phone.

Favorite apps: Timely, which tracks everybody’s time and what projects they’re working on, so I can see what the productivity is. I also use all the social-media apps, like Facebook, Instagram, Twitter—I’m a huge Twitter person. I actually think that, with wearable technology, the best way to stay on top of what’s happening is through Twitter. When people tell me they want to understand what’s happening in wearable technology, I just give them a list of people and organizations to follow on Twitter—it gets you up to speed really quickly, and you know the minute something is launched.

Apps that are actually useful for your work: I use an app called eDrawings Pro, which let’s me show SolidWorks renderings on my phone or tablet—that is super valuable. Another really useful one is called Shake. It’s like having an attorney in your pocket. A lot of times in my practice and in the IMARI Lab, people want to show you something new but they don’t want the whole world to know about it, so you have to sign a nondisclosure agreement. With Shake, you can create a nondisclosure on your phone in less that five minutes, and you sign with your finger and it e-mails copies to both parties, and you can have an instant nondisclosure.

Other devices: At the IMARI Lab, we’re really fortunate to be on the Pratt campus, so we have access to amazing wood shops and different model-making shops, plus there’s the Form and Tech lab, which has numerous different types of 3D printers. We use laser-cutters and the CNC cutter as well, when we’re doing our model-making. Also, because a lot of the things that we do are textile-related, we often use the sewing facilities in the fashion department—there are numerous types of industrial sewing machines that we make use of.

Other machinery/tools in your workspace: For the electronics components, we use soldering irons, and multimeters to check the electricity. Otherwise, we just have some regular printers for paper. Because a lot of the things that we do—the drawing, the rendering, the concept development—is 2D work, before you start building the 3D work.

Tools or software you’re thinking of purchasing: I’m jonesing for this new 3D printer that prints flexible material. It’s super cute—it’s called the Formlabs Form 1+. You can print, like, five different types of resin, and you can print it in colors so that it’s easy to prime and paint. It’s really amazing, and it’s reasonably priced too—about $3,300 for the printer. That is my next purchase. 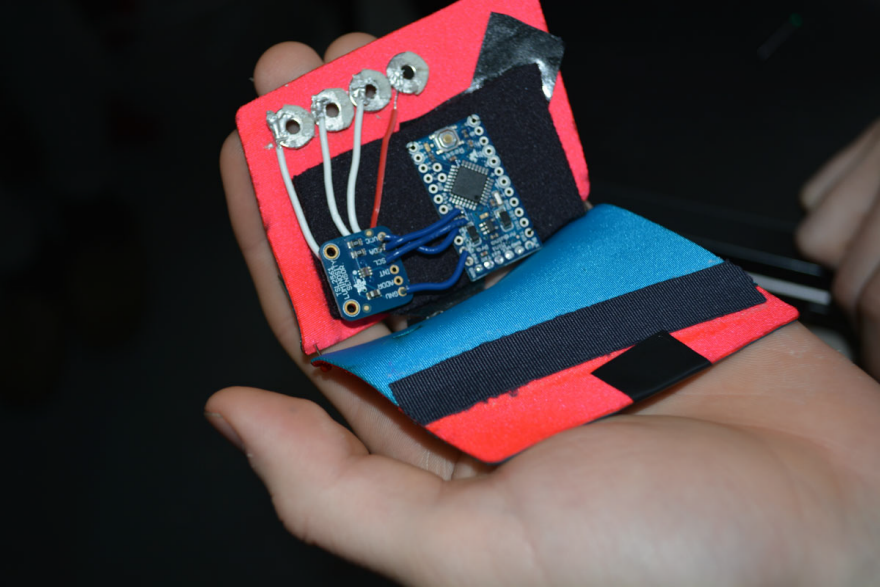 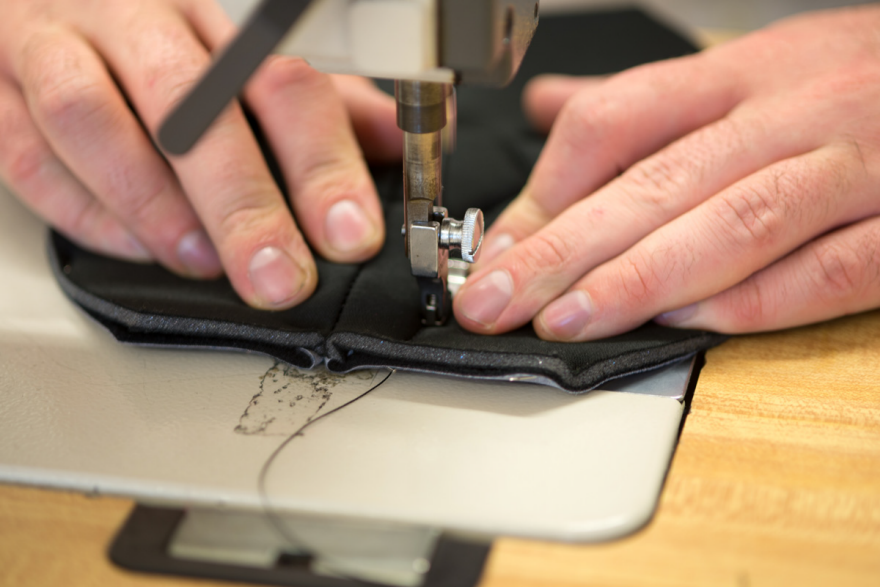 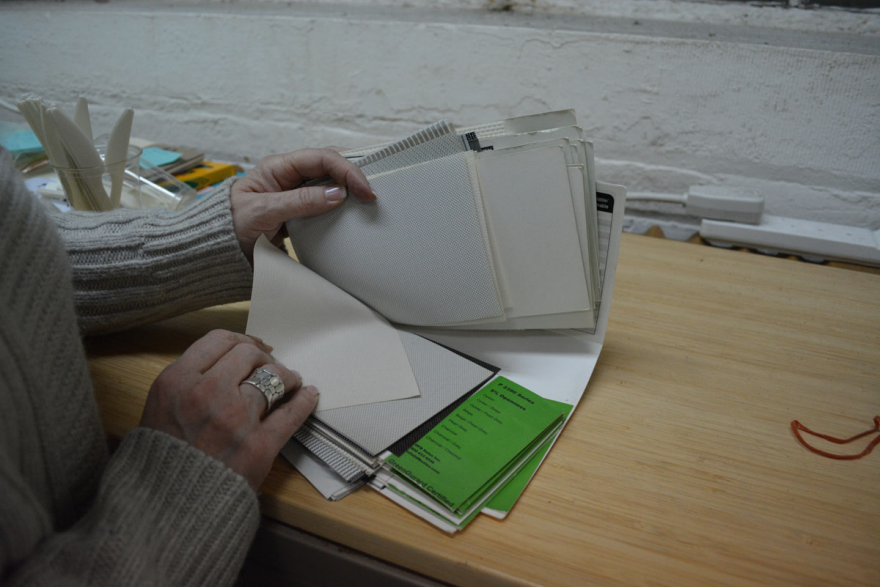 How has new technology changed your job in the last 5–10 years? It’s been an exponential change. Just having access to electronics that are easy to prototype with—to be able to have these tools that break down the barriers that existed for applying technology to products, it’s huge. Because industrial designers are fearless. We’re fearless people. We will tackle any project. And the easier that it is for us to prototype something quickly, the faster we can get to innovative design.

So that’s number one—to be able to prototype electronics easily and quickly, with a lower barrier to entry. The second thing is 3D printing. I know this is not news, because a lot of people use it, but just the ability to make a number of iterations and models and changes at the rate that we can make them with 3D printers has revolutionized how quickly we can create nuanced design.

When it comes to new tech, are you a Luddite, an early adopter or somewhere in between? I am totally an early adopter, for as long as I can remember. My dad was a computer science teacher, so when I was in middle school, he gave me my first design computer. And I have been using a computer in my design process since the early 1970s. That’s pretty unusual. People my age don’t usually embrace technology; I love it. I’ve always had it in my life, and I always find ways to use the newest thing. I find it really inspirational.

Industrial designers are fearless. We’re fearless people. We will tackle any project. And the easier that it is for us to prototype something quickly, the faster we can get to innovative design.

For example, for the past two years I have collaborated with electrical-engineering students at other universities. And that works out really well, because they’re primarily not hardware people. So we will work on developing a prototype with Arduino pieces, and then we will design the physical interface. We’ll ask all those I.D. questions: How does it fit on your body, is it comfortable, does it meet your expectations, is it easy to understand, et cetera. The electrical engineering students work on the actual software and computer side, while we end up doing most of the physical model-making. They design the circuit and write the software, but we actually do the building. That really is the ideal way that we outsource.

What are your biggest tech gripes? I want it all and I want it faster! Really, I would love to be able to think something up and not have to worry about the interface of how to get it into a computer. I feel like there’s going to eventually be a way to think things and have them instantly be in the computer—that’s what I want.

What do you wish software could do that it can’t now? I use Photoshop a lot, and it never seems to get things quite the way I want. Or I’ll be working in SolidWorks, and I want a certain shape to be twirling in space in a different direction, and the program just won’t let me do it, because in the program’s mind it’s impossible. But I know in physical reality it is possible; they just don’t let me break the rules. So I think it’s more like—you know, you can’t really anticipate the things you’ll need until you start working, and then you look for the tool that’s going to execute that for you. So I don’t think that there’s a program that I can just dream up that I don’t have. But I can tell you one of the things that I love is searching for the hack. We are really experts at the workaround, at trying to combine multiple pieces of software or different steps to get things the way that we want them.

Finally, we've all had instances of software crashing at the worst possible moment, or experienced similar stomach-churning tech malfunctions. Can you tell us about your most memorable tech-related disaster? The biggest thing that happens, and it happens quite a bit, is that we lose our data. Your computer gets stolen or it’s not uploaded on the cloud in the right way, and we can’t get at our information. Or someone spills a Coke on their computer and fries the work. I would say that’s the biggest issue.