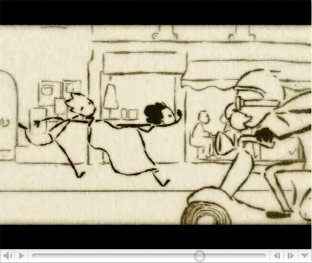 I am in love with this animated short by Louis Clichy. Very lovely stickfigure animation with much more passion than I can usually coax out of my own stickfigures. The screen cap above doesn't do the work justice. Watch it.