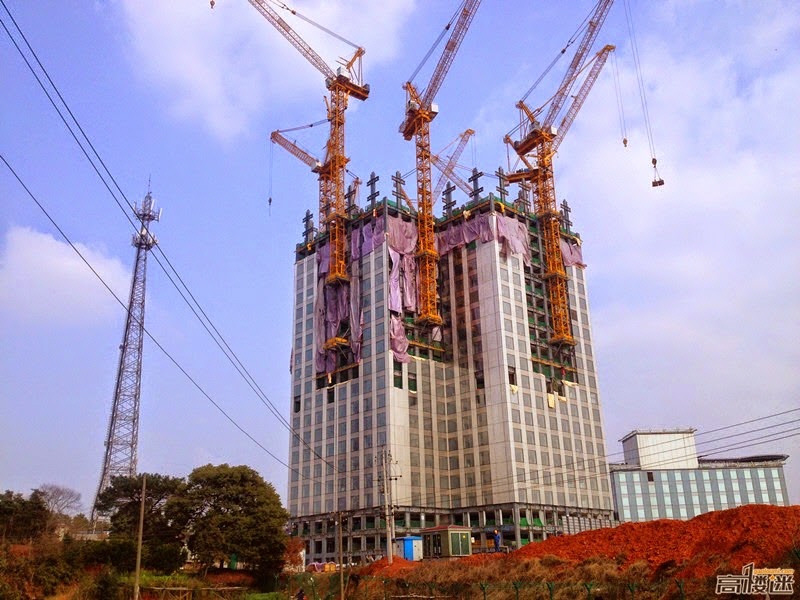 Broad Sustainable Building is China's most press-friendly pioneer of prefabricated construction. In 2012 we were astonished to see they put up a 30-story hotel in just 15 days, and they subsequently announced plans to erect a 220-story skyscraper in just three months.

The latter construction, called Sky City, has yet to happen; but in the meantime BSB has released a video of the appetizer to that entrée. Sky City Mini, a/k/a J57 Tower, was erected in China's Hunan province at a rate of three stories per day—or what company architect Xian Min Zhang is referring to as "China's new normal." Be sure to check out the stats they're calling out in the video:

At nearly 1,200 feet in height, The 57-story J57 is the tallest building in the city of Changsha by nearly 300 feet. (For scale, it's about the height of the Woolworth Building in New York.)

The "95% prefabricated modular technology" used to erect it is the same way BSB plans to build Sky City, and global building information provider Emporis reports that J57 Tower, while a functioning structure in its own right, was intended to be a self-test the company would undertake before putting up the big kahuna. Following their passing grade, Sky City, it seems, is not as fanciful as it once sounded.