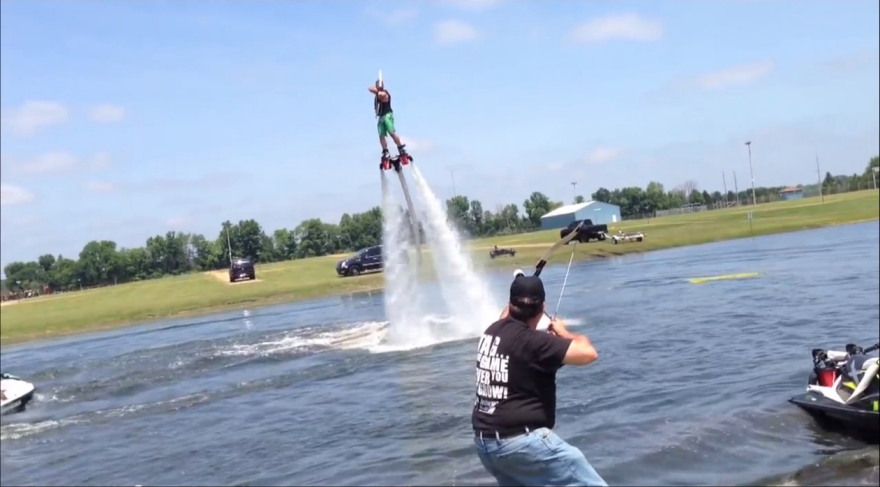 John Jackson runs archery equipment manufacturer Instinct Archery, and in 2011 was collaborating with an engineer on some new gear. "He had the idea of how to attach foam to an arrow so that we could shoot each other,” Jackson told Liberty Voice. "We printed a rapid prototype [on a 3D printer], and within an hour of having the idea, we had a working prototype that I shot him with.”

Jackson used the foam-tipped arrows to create a game he called Archery Tag, which starts off like dodgeball: Unarmed players on opposing teams rush towards the center of the playing course, where piles of bows and arrows are scattered. After grabbing what they can, they start firing at each other. Players can also bring tagged-out teammates back into the game by hitting targets on the opposing team's side. 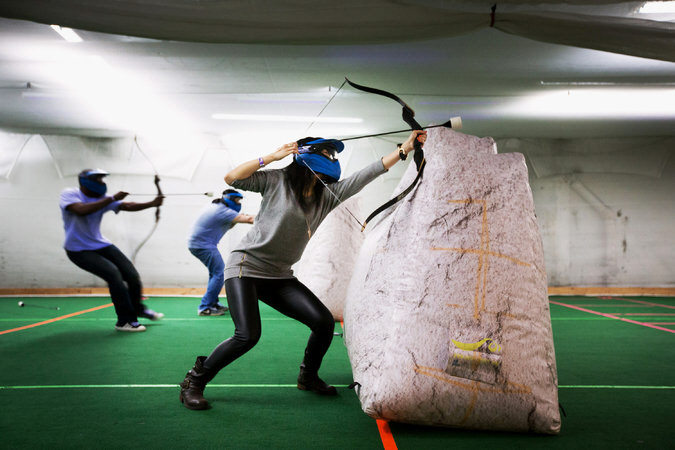 Archery Tag might've remained an obscure little diversion relegated to lower-tier game centers--but the next year a little movie called The Hunger Games came out, followed by The Avengers, then the TV show Arrow. Between Katniss Everdeen, Hawkeye and the Green Arrow, there was enough inspiration for kids and adults to try their hand at archery. Jackson had invented the right object at the right time. 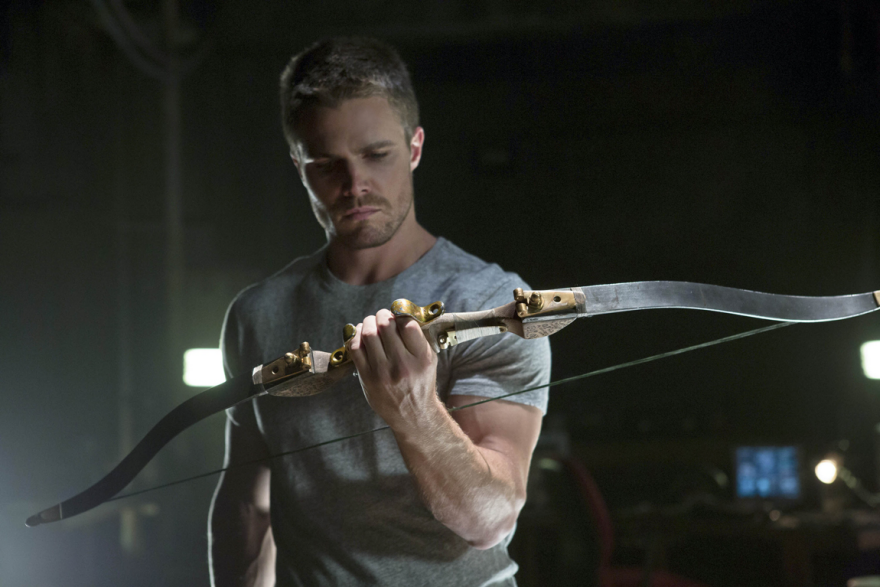 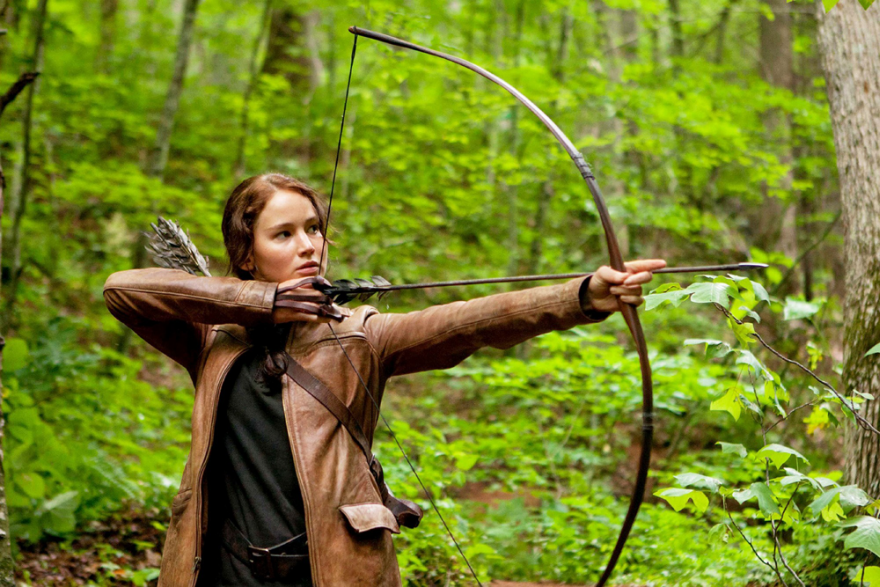 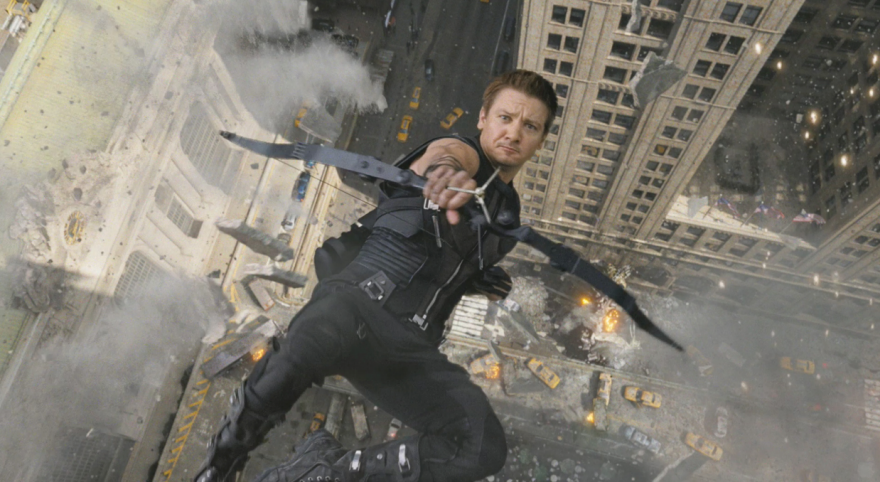 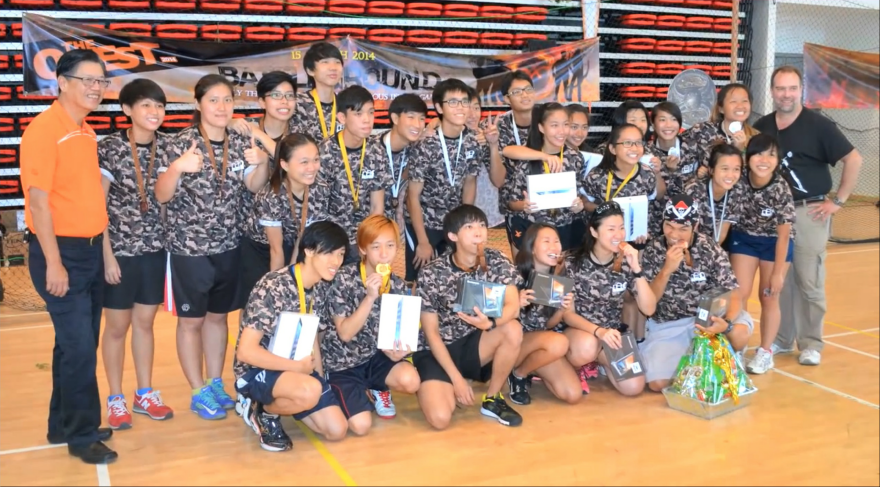 The advantages over paintball seem obvious, particularly where it comes to inclusiveness: Those intimidated by paintball guns have no fear of getting hit by a marshmallow-tipped arrow, and only need to wear a facemask for protection. The relatively low-power bows used (28-pound-and-below draws) even out muscular differences between genders. It also offers a bit more of a sporting chance than paintball, considering the endless ammunition filling the latter sports' gun hoppers, and with Archery Tag you can actually see the projectile in flight, giving you some hope of dodging it. Then there's the additional advantage that you can grab a spent arrow and reload.

It's common for Archery Tag licensees to be existing paintball centers that add the game to their paint-splattered facilities. But since there's no mess created, tournaments can, and have been, organized in places like church basements, hotel ballrooms and campgrounds. And unlike the also-mess-free laser tag, people actually get some upper-body exercise by working the bow. 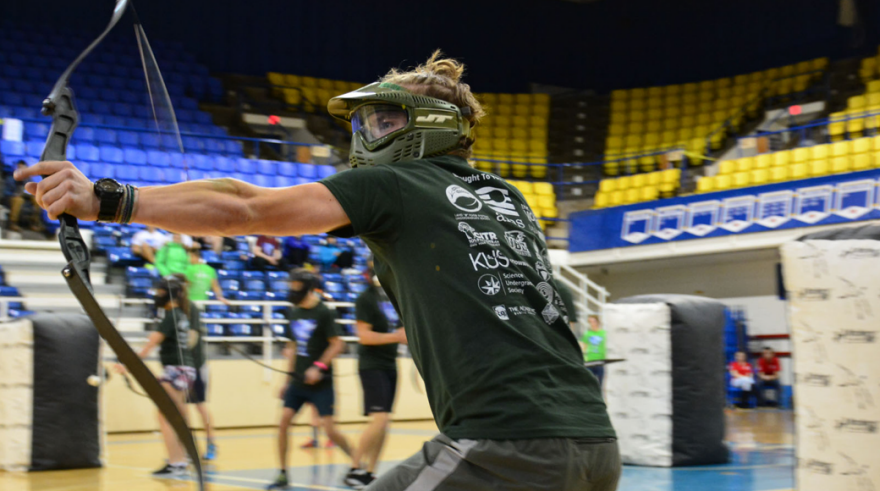 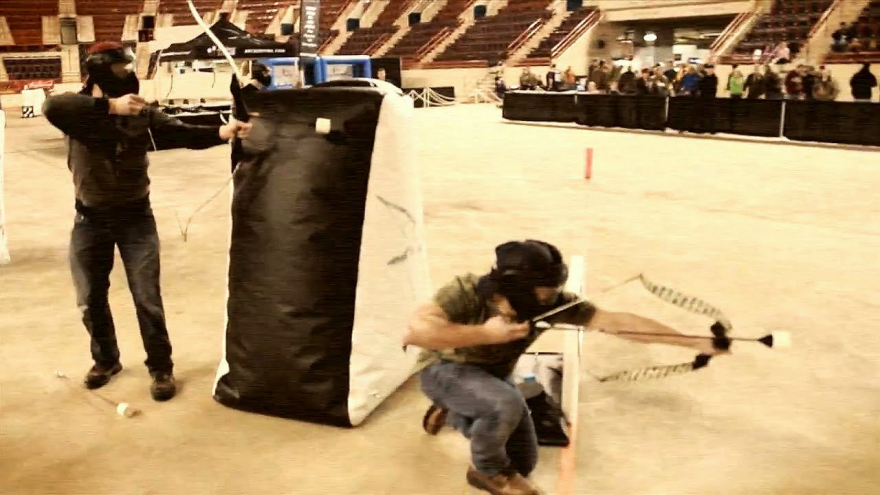 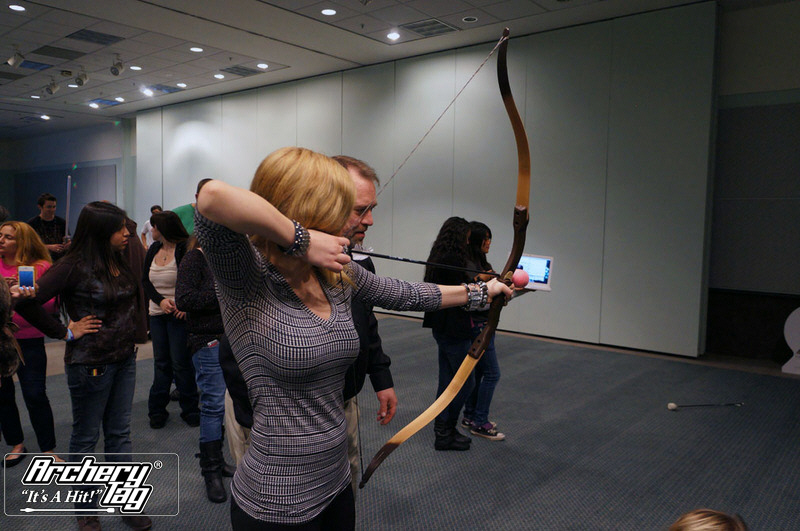 As Jackson describes it:

People enjoy Archery Tag because it is intense enough for thrill seekers, yet safe enough for the timid. The adrenaline rush of watching an arrow flying toward you is something you don’t find in other games. Also, people who have never shot a bow adapt to the game very quickly. It is not intimidating like other sports, and it can be played anywhere, indoors or out. People of all shapes and sizes, and athletic abilities play.

If you're at work, turn your speakers down a bit before clicking this video:

Here's an Archery Tag rep explaining the design of the tip, which is pretty nuts-and-bolts ID:

Of course, it was only a matter of time before Jackson found a way to ratchet up the challenge. While this feature will probably not be added to Archery Tag facilities, it is pretty cool to see Jackson trading arrow shots with a guy on a flyboard: 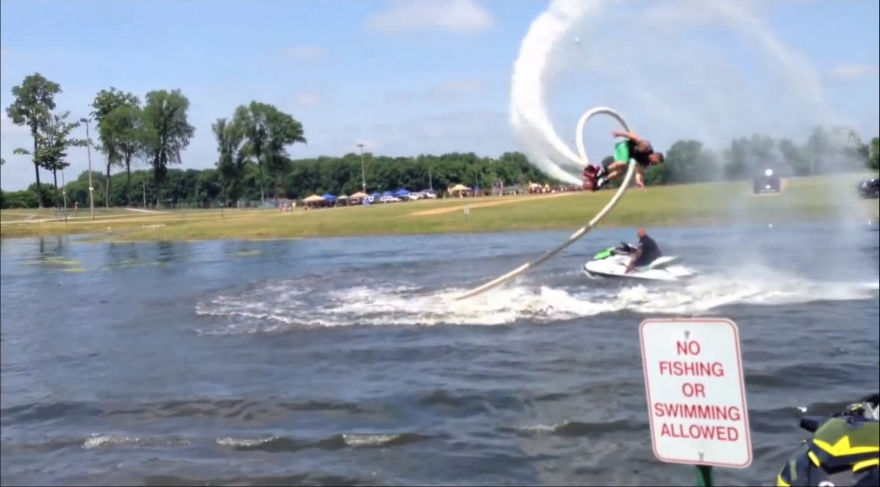 I like that you can't fish or swim, but you can do this.