What we learned as manufacturers faced off in Switzerland

The annual car show in Geneva, Switzerland is well known for decadent super cars and 2015 was no exception with the likes of Porsche, Ferrari, McLaren and Lamborghini debuting new models. Looking beyond the glamour of the millionaire’s toys and glossy carbon fibre, it’s fascinating to see the dynamics of an industry in transition laid bare all under one roof.

Germans losing their way?
While the Frankfurt show is where the big three typically flex their muscles, talk in Geneva revolved around whether, after decades of dominance, the Germans are starting to veer off course. 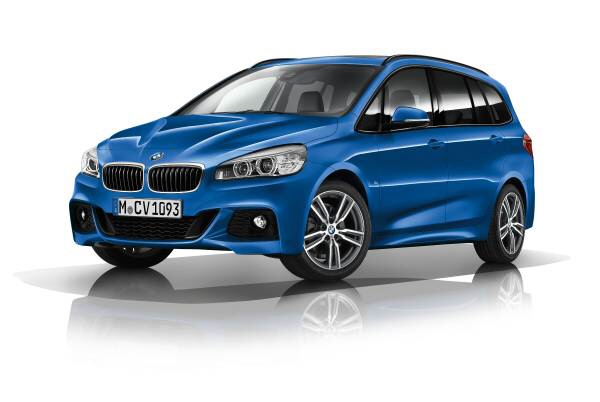 After launching dozens of awkward, niche products over the last few years, Mercedes and BMW continue to show a distinct lack of focus, with many feeling both have sold their once razor sharp visions down the river in the name of profit and volume. BMW’s 2 Series Gran Tourer took the brand to new lows of confusion and incoherence both in its proposition (a front-drive people carrier) and its almost Korean aesthetic. 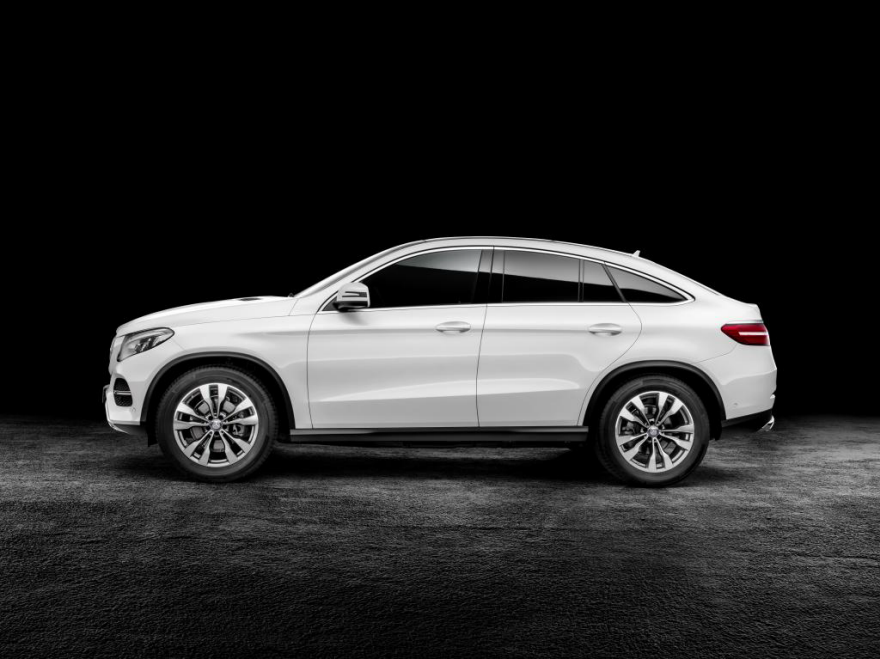 Across the aisle, Mercedes’s GLE did nothing to allay fears that Benz is hell-bent on matching their Munich based rivals in every model, while it’s CLA Shooting Brake created another new niche, bringing yet more complexity to a recently revised nomenclature. The crass 6.5 metre long Pullman seemed more in-tune with hen parties than heads of state or dubious dictators they’re surely hoping to lure in. Perhaps both brands could learn a thing or two from Mini (of course a BMW subsidiary itself), which recently culled a ballooning portfolio in an attempt to refocus its core brand meanings. 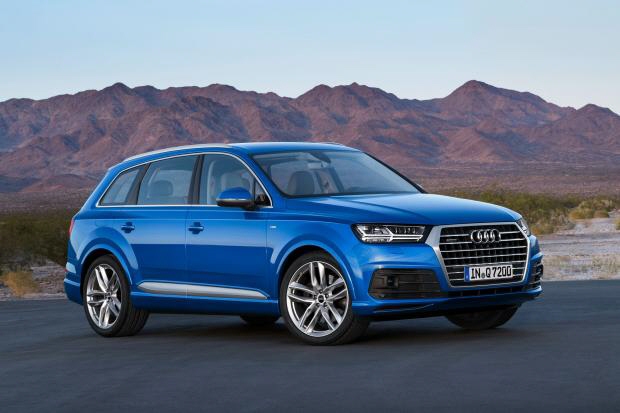 Audi’s new Q7 was just plain poor and a new R8 felt conservative—both surely contributing to previous design chief Wolfgang Egger’s exit last year. New design boss Marc Lichte is trying to pull the brand back on track with his Prologue Concept and while its clean uncluttered cabin and impressively high-tech and on-brand face deserve praise, much of the exterior still looked heavy and overly surfaced. Lichte also went on record saying ‘almost every element’ of the concept will appear on future large Audi’s, which suggests the often criticized cookie-cutter approach is here to stay. 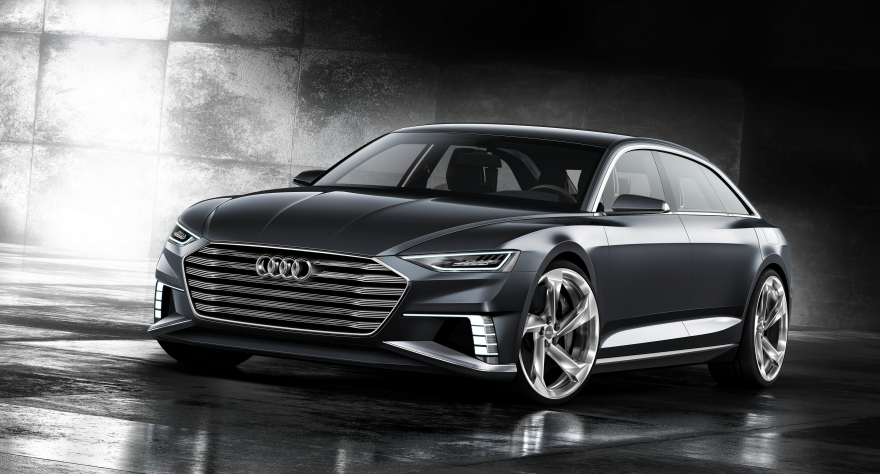 Despite the floundering, I’m sure all three brands will continue to grow rapidly—which just goes to show that its not all about good product.

Is Sweden the new Germany?
For those turned off by the Germans, maybe Volvo is the answer? The Swedes certainly feel like the most authentic premium brand out there right now which is down to a clear brand vision and focused portfolio. While not debuting in Geneva, the wonderful new XC90—which showcases a new design language and features some truly stunning on-brand detailing—can only help going forward. Let's hope they stay true to themselves and don’t get sucked into feeding the profit and volume machine like the Germans. 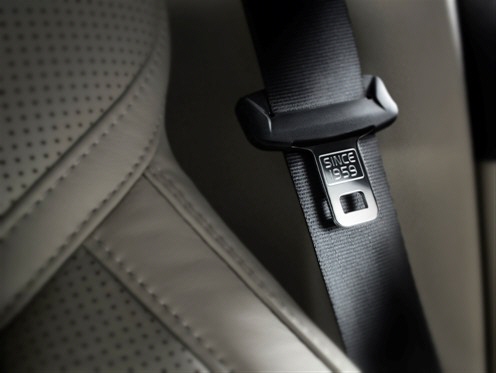 Aston Martin sailing into unchartered waters
Hot on the heels of the limited run Lagonda Taraf, Aston chose Geneva to launch its uber-exclusive Vulcan—a limited run of 24 track-racing toys priced at $2.8 million each with “a design language hinting at the next generation of Aston Martin sports cars.” Also unveiled was the all-electric DBX SUV concept with exquisite and highly crafted, jewelry-like switchgear, layered leathers, and a machined billet of aluminum forming the cant rail and c-pillar impressing the most. 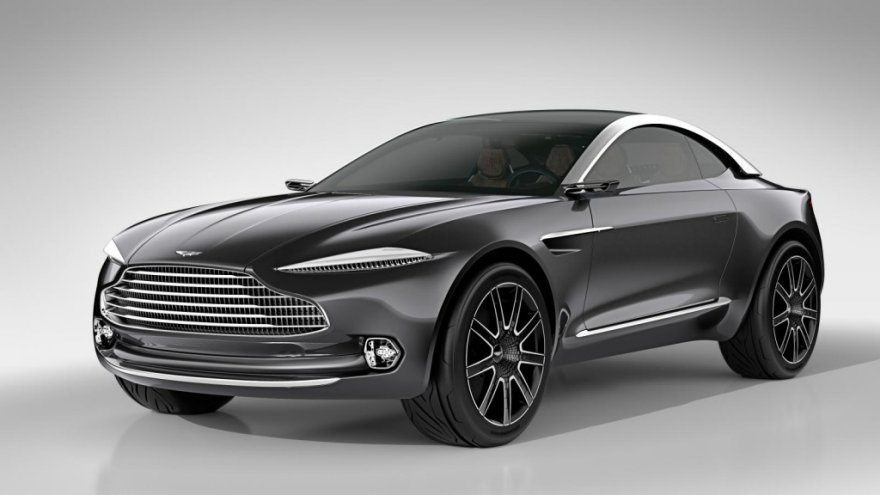 Tucked away behind the cars was also a scale model of an Aston Martin super yacht, jewelry and luggage—which are all part of the expansion plans for the business. While discussion inevitably focused on how Aston is diluting its brand by entering new categories, no sugar daddy owner and wafer thin margins means the brand must develop new revenue streams and become a luxury lifestyle brand akin to Ferrari. Not all may like it, but in the short-term, we should expect to see more diversification and collaboration. 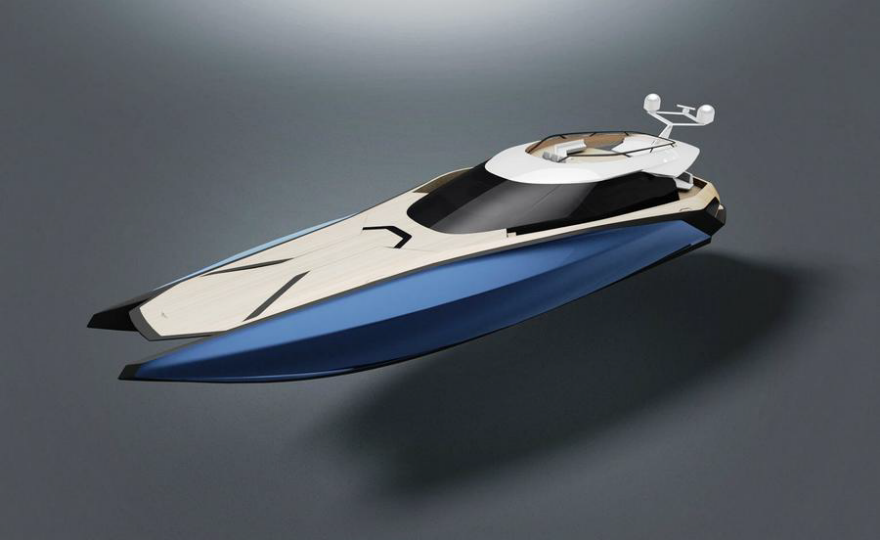 The EXP10 Speed 6 concept is an experiment in redefining Bentley’s design language—a challenge not to be underestimated given the brand’s heritage. Inside, a 12-inch touchscreen combines seamlessly with a stunning and progressive interpretation of key Bentley hallmarks like the winged dashboard, quilted seats, knurled metals and wood paneling. Outside, 3D printing technology ensures the grille, exhausts, door handles and side vents have both micro detailing and a high precision execution. Sangyup Lee and his team are clearly worthy of the praise the car received, but I like others couldn’t help but feel that the headlamps and grille were a little too wide-eyed and thus lacked the authority that a Bentley should surely have. 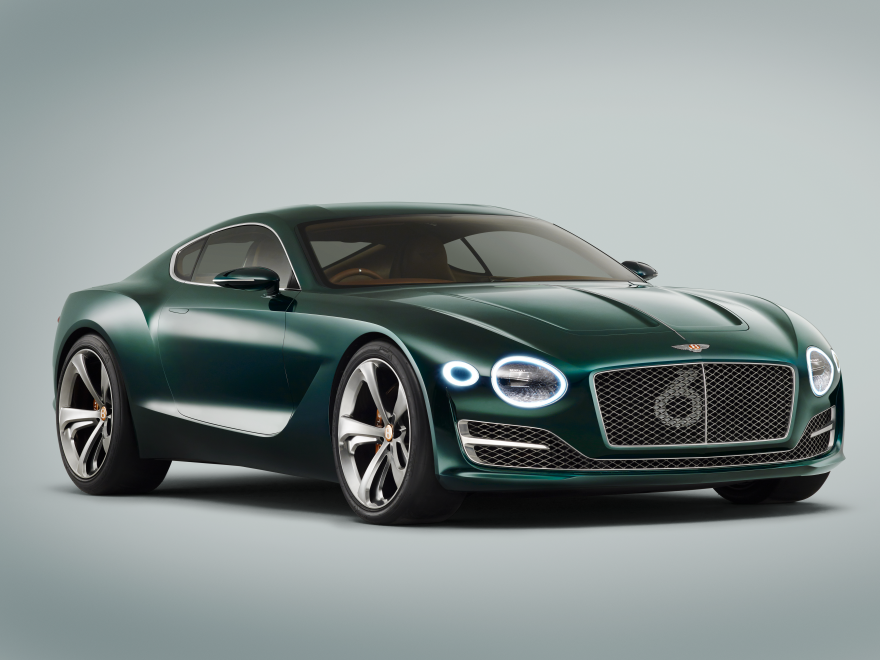 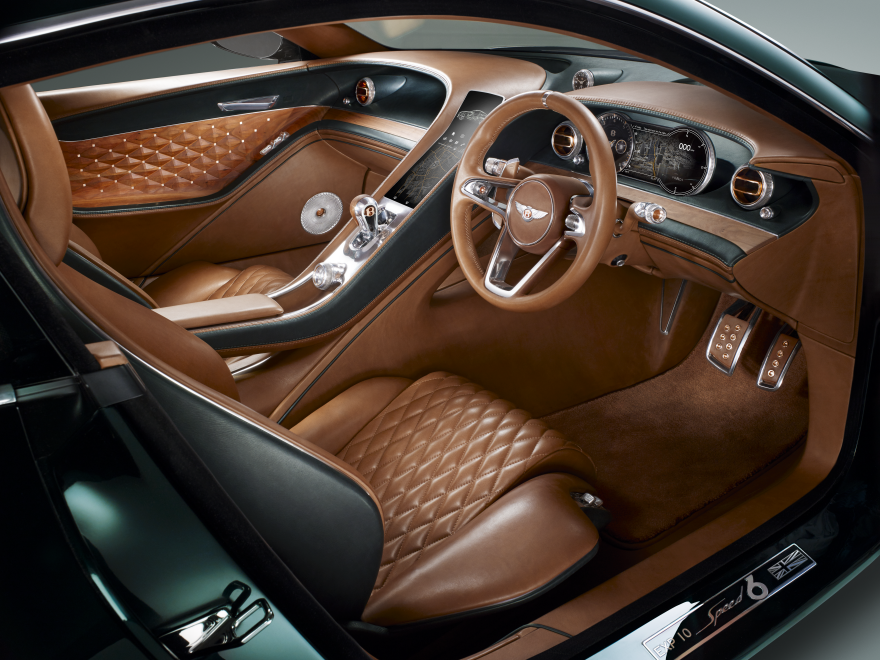 Infiniti no longer a product challenge
Nissan’s premium brand Infiniti positioned its QX30 concept (due to launch in 2017) as key to gaining a foothold in the European market. Its swooping lines and sophisticated design language show how far the brand has come. It also shows that good product is no longer the key challenge. Languishing with just 0.02% market share in Europe, Infiniti must now focus on brand meaning. Europe’s premium consumers want products that fit a brand vision, not just a market segment or business case. I’m afraid that until Infiniti define who they are and what they stand for, not even the best product will make a dent on Europe. 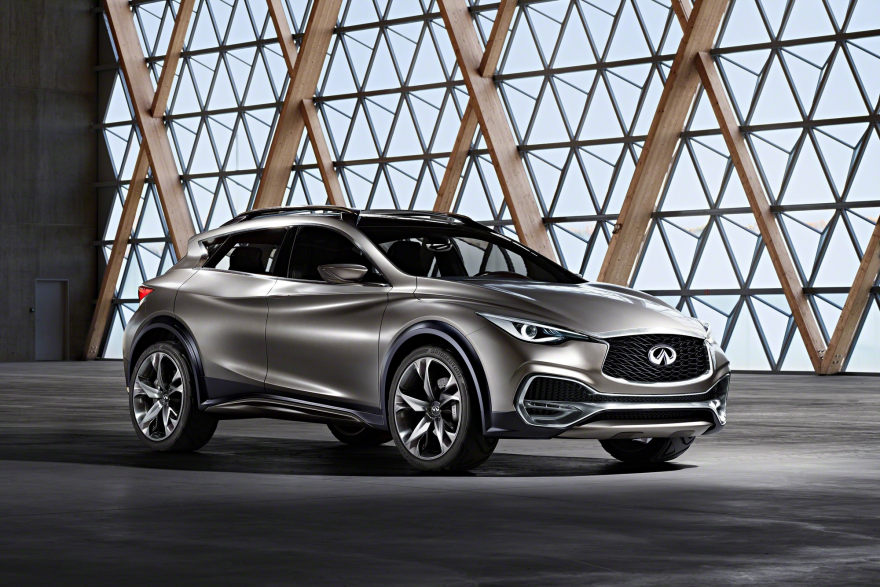 Korea-ring past the Japanese
Kia and Hyundai also showed how far they have come under CDO Peter Schreyer. The stunning Sportspace Wagon concept should surely make it to production while Hyundai launched its new design language with the Tuscon. The slightly Asian faces of each aside, both cars had dynamic stances, strong proportions, and solid, clean-ish surfacing that owed more to Europe than Asia. Japanese brands would do well to take note of how good design can help take a brand to the next level. 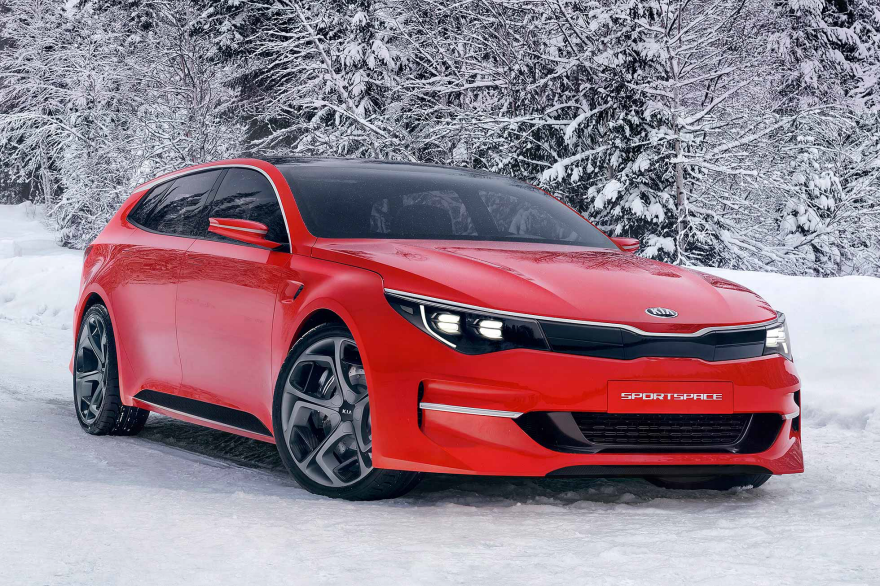 Still no real consensus on in-Car UI
After spending half a day with current in-car offerings, it was clear that this is still an area with a distinct lack of consensus on the way forward. Given the multiple approaches to control and interaction—touchscreen, haptic pads, buttons, knobs, voice control, styluses etc.—it's clear no one has cracked it yet. Equally worrying was the still appallingly low quality of GUI much of which looked like it was stuck in the 2000s. Fragmented styles within the same systems were also frustratingly commonplace. 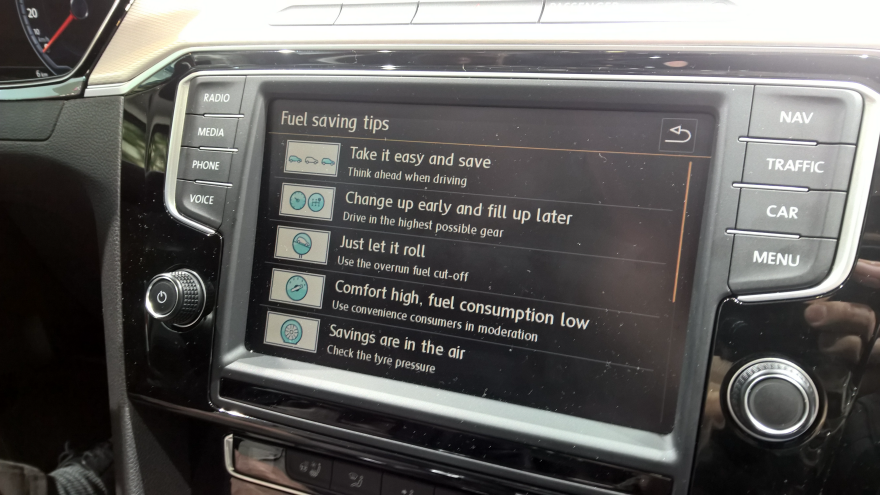 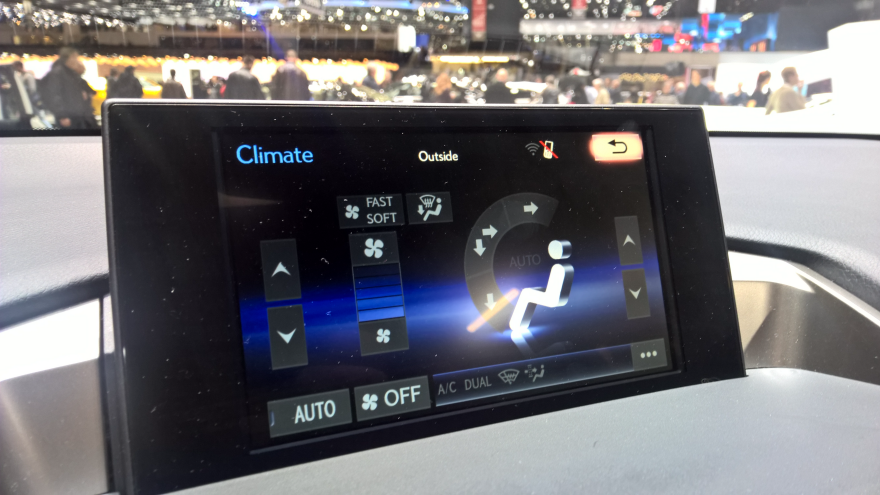 Moving forward, Automakers need to be asking themselves some tough questions: What is the best way interact with and control such a system? Does the user need feedback and if so how should it be given? How can GUI help, and should it reflect the brand (perhaps unfamiliar) or a smartphone (more familiar)? Of course, all the above needs to be situated within the context of a moving car—which is not easy. This may all sound incredibly obvious, but given experiences on the Geneva show floor, there is still much work to be done.

Defiance in the face of tech interlopers?
Given the distinct lack of use (and visibility) of the term ‘mobility’ at the show, one could be forgiven for thinking a host of tech-brands might well be circling the industry like vultures looking for an easy “disruption-ripe” meal. However, in stark contrast—and behind closed doors—some senior executives told us how they are already grappling with challenges the industry faces in the future.

Ford and the Germans may have left their brave CES experiments at home (which was a shame), but right now, they and only a handful of others seem intent on preparing for the future. As for the rest, some are no doubt keeping their powder dry, but others, rather worryingly, are only just beginning to face up to the challenge. Survival in this brave new world will not just require greater investment, but a huge shift in capabilities and cultures, which will take years. Understanding software and UI, lean and agile ways of working, and mobility service models would be a good start. But they need to move fast, because as Nokia and BlackBerry show, the tech world waits for no one.