It looks more like "growing" a part than printing one

For the past two years, a company called Carbon3D has been secretly developing a new type of 3D printing—one that would be far faster than polyjet, stereolithography and selective laser sintering. This week they pulled the sheets off, and it looks pretty nuts.

Called CLIP, for Continuous Liquid Interface Production, the technology combines elements of SLA with a photochemical process, and the result is that parts are not so much printed—that is, they're not laid down/cured/sintered one layer at a time—so much as they are grown, out of what seems an impossibly shallow dish of liquid:

It looks even more eerie when producing a taller object:

It works by combining photochemical curing processes with precisely controlled flows of oxygen drifting through the liquid resin. Oxygen stymies the curing process, and Carbon3D's proprietary technology can place the oxygen precisely in the negative space of your part while the UV light they hit it with cures everything else.

The heart of the CLIP process is a special window that is transparent to light and permeable to oxygen, much like a contact lens. By controlling the oxygen flux through the window, CLIP creates a "dead zone" — a thin layer of uncured resin between the window and the object.

This makes it possible to grow without stopping. As a continuous sequence of UV images are projected, the object is drawn from the resin bath. Sophisticated software manages the entire process by controlling the variables.

The first benefit is speed. Take this complex object here, which is a latticed ball that's 51mm in diameter: 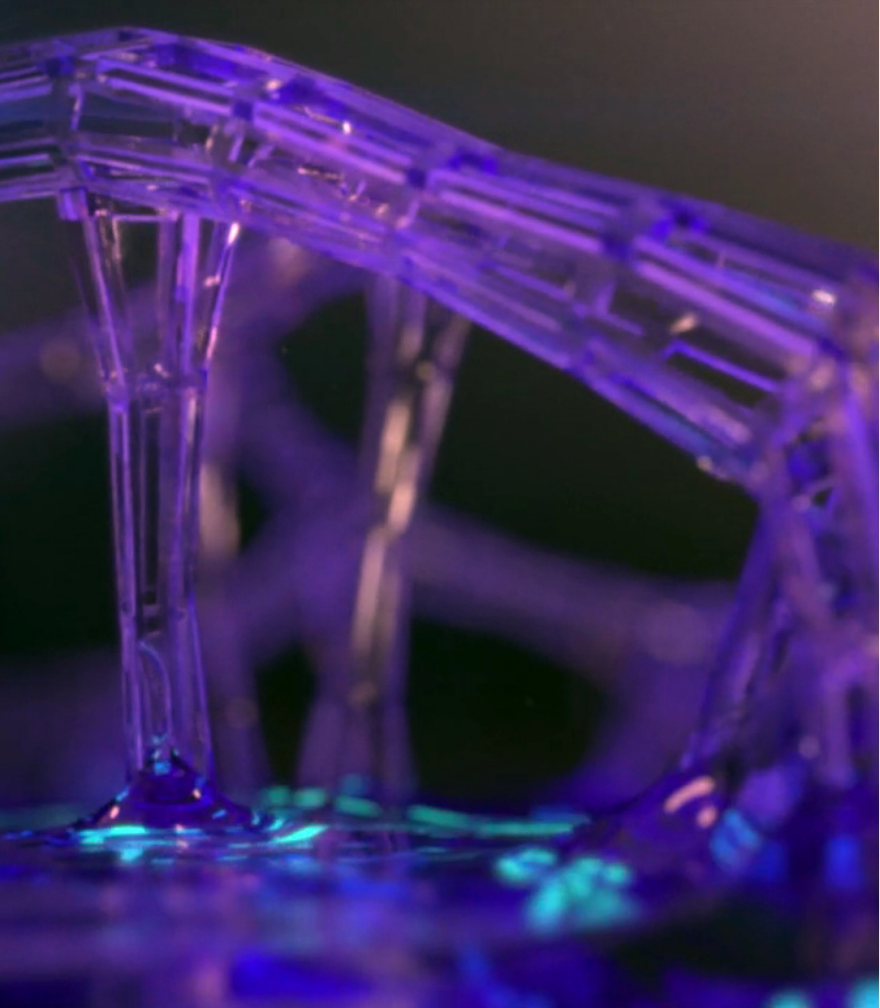 That part took 6.5 minutes in a CLIP machine, and Carbon3D claims the same part would take three hours on a polyjet, 3.5 hours on an SLS machine and 11.5 hours with SLA.

The second benefit, according to Carbon3D, is the quality of the part:

Traditionally made 3D printed parts are notoriously inconsistent. The mechanical properties vary depending on the direction the parts were printed due to the layer-by-layer approach.

Parts printed with CLIP are much more like injection-molded parts. CLIP produces consistent and predictable mechanical properties, creating parts that are smooth on the outside and solid on the inside. 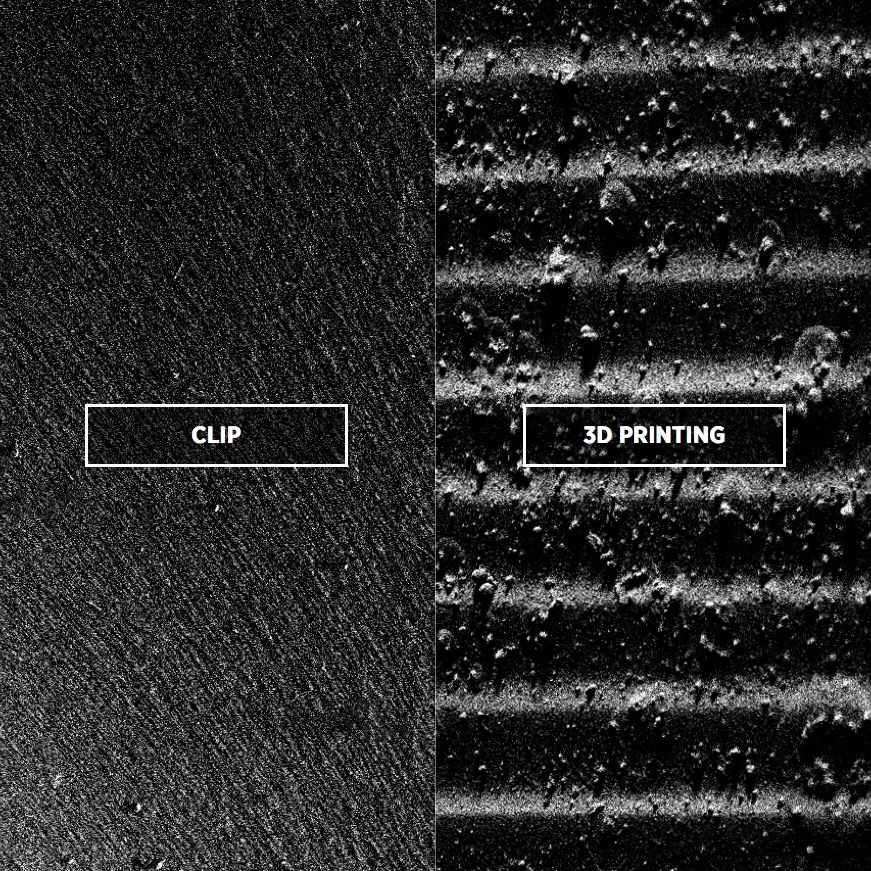 This kind of breakthrough wasn't cheap to develop, and the company has $40 million behind it thanks to some big-dog venture capitalists who believe in the tech. "If 3D printing hopes to break out of the prototyping niche it has been trapped in for decades," said Sequoia Capital partner Jim Goetz, "we need to find a disruptive technology that attacks the problem from a fresh perspective and addresses 3D printing's fundamental weaknesses…. [When we saw what Carbon3D] had invented, it was immediately clear to us that 3D printing would never be the same."