With its debut collection, New York's Pinkhouse brings together utility and absurdity.

In an era where every design studio aches to create enduring products described as "classic" and "iconic," New York's Pinkhouse diverges from the pack, opting instead for seasonal sprints. The recent newcomer to the product design scene wants absolutely nothing to do with timeless objects; rather, the studio is focused on creating temporal pieces that reflect current cultural trends, resulting in a body of work that ranges from angular wooden bananas to phone-charging marble pillars.

"We want to see design operate like seasonal fashion as opposed to lifetime investment," explains Lukas Bentel, who cofounded the design studio with two fellow soon-to-be RISD graduates, Jian Shen Tan and Kevin Wiesner. The trio is also the force behind Hello Velocity, an artist group responsible for several viral works, from bitelabs to the McMass Project (which we mistook for a real initiative last December), meant to explore the way ideas spread in the social age. "In a very honest way, this is also the starting point for a lot of the designs in our collection," Bentel says.

While their past works may lead one to believe that Pinkhouse is just another digital stunt, the designers vehemently promise that it is in fact "a sincere effort to create a lasting brand." Experimenting with how certain objects are intrinsically more sharable than others, the studio's first collection plays with lightheartedness, humor and absurdity as form. "Think of memes, rage faces, Vine or listicles," Wiesner says. "All these forms facilitate speedy consumption and seem to be ideal for content that doesn't take itself too seriously." 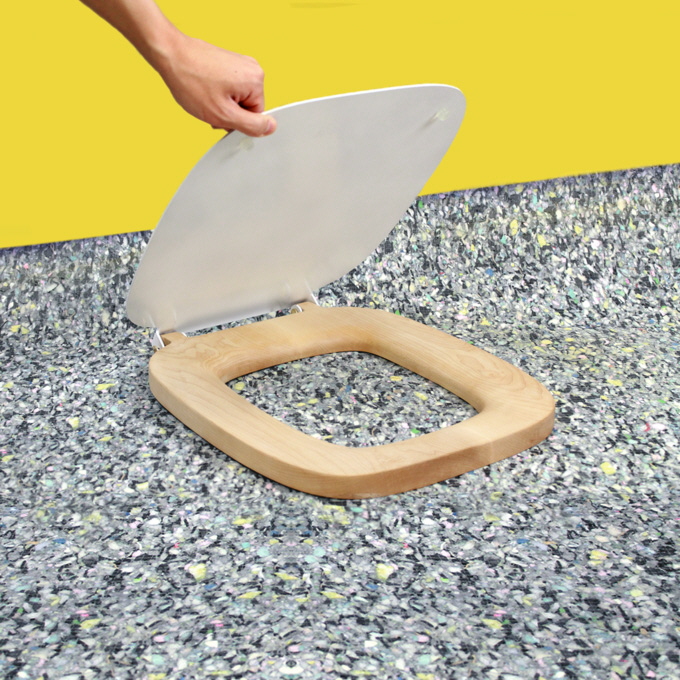 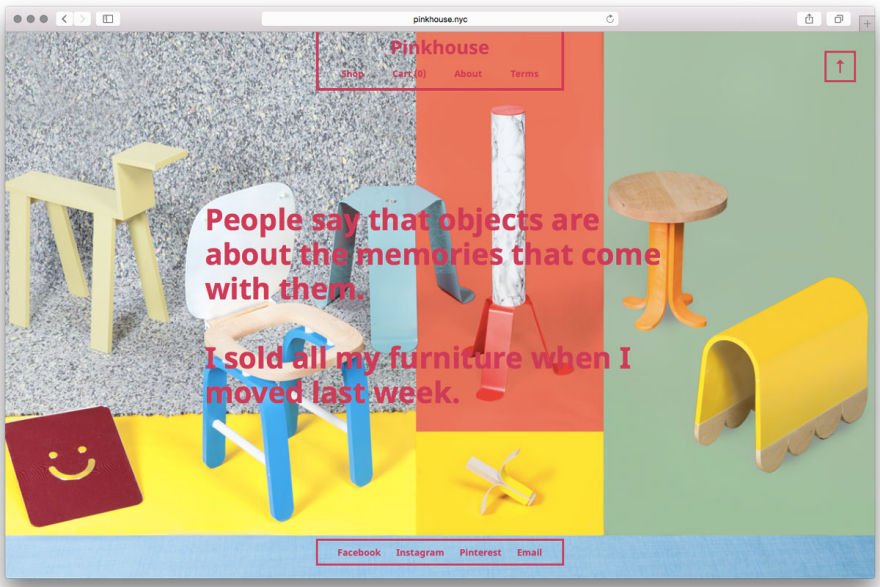 Applying these sensibilities (or lack thereof) to objects, Pinkhouse's inaugural collection rolled out earlier this month. Its centerpiece is a steel-and-maple toilet seat selected for its blend of function and folly. "We think that the toilet seat embodies, or even epitomizes, this attitude," Bentel says. "The toilet seat is something that people don't really think about all that much, so to craft this aesthetically-driven design solution around it is already amusing, but—on top of that—it does of necessity have this highly specific utility."

The project initially began in the RISD furniture department's Senior Chair Studio. It was the brainchild of Tan, who envisioned a toilet-seat chair that would translate the same comfortable experience one spends in the bathroom idly flipping through Instagram to anywhere else in the home. Using a standard store-bought toilet seat as the seating surface, Tan created bent-laminated wooden legs to hold the plastic structure. While the design certainly stirred up conversation in classroom critiques, Tan found himself frustrated with both the quality and shape of the standard seat and wanted to push the design further.

"It was only after working through several versions of the legs that we decided to tackle designing the toilet seat from scratch," Tan says. "The project shifted from being a chair with little focus on the actual seat to trying to design a legitimate, well-crafted toilet seat." Going back to the drawing board, Tan and the Pinkhouse team sketched up some new ideas of varying complexity that were refined down to the current design. 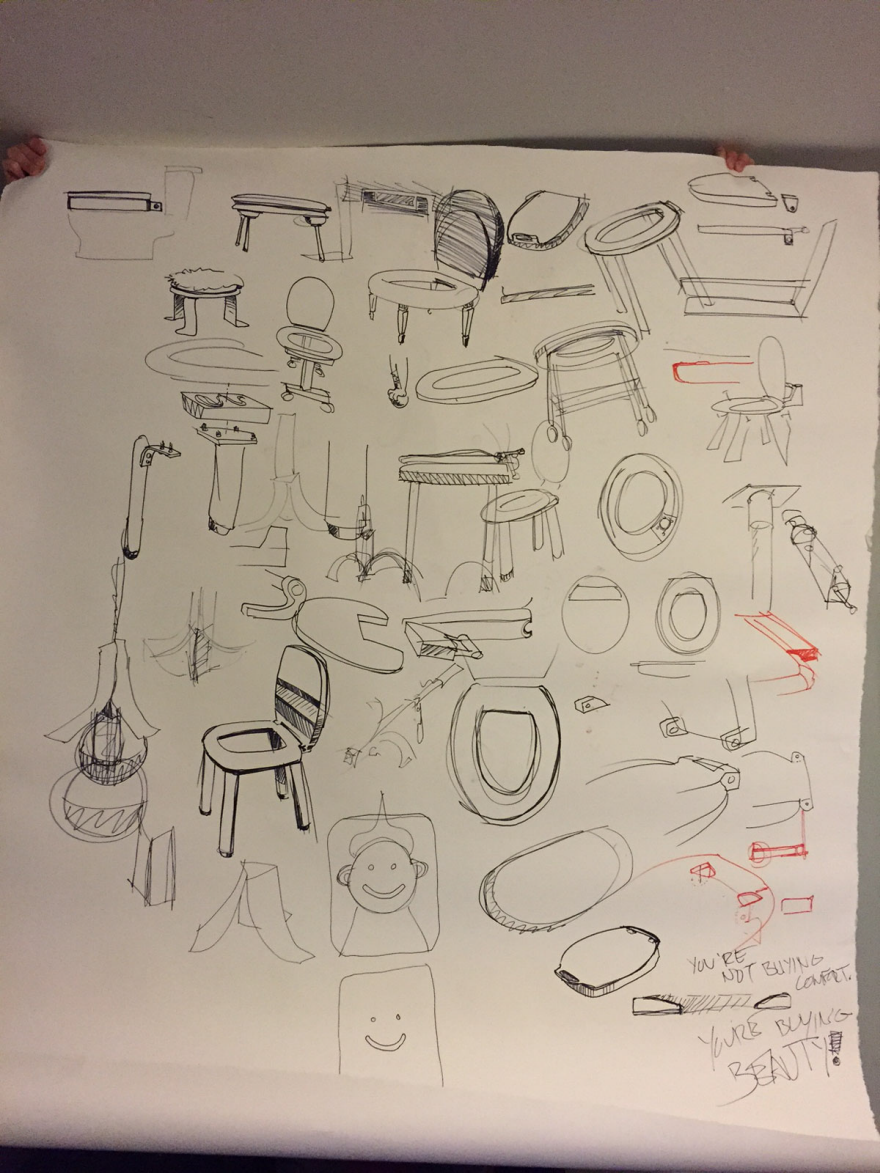 Taking design cues from Apple's Macbook Air, Pinkhouse's Toilet Seat boasts a slim, elegant and sturdy profile. The seat is CNC-ed from maple, chosen for its warm, traditional hardwood appeal as well as its strength. Working mostly in CAD, the designers were able to iterate quickly, testing several versions before arriving at a finished product. To ensure conformity to toilet-seat standards, Pinkhouse did all its observations, measuring and photo-typing on actual toilets, eventually going to Home Depot and purchasing one of their very own. 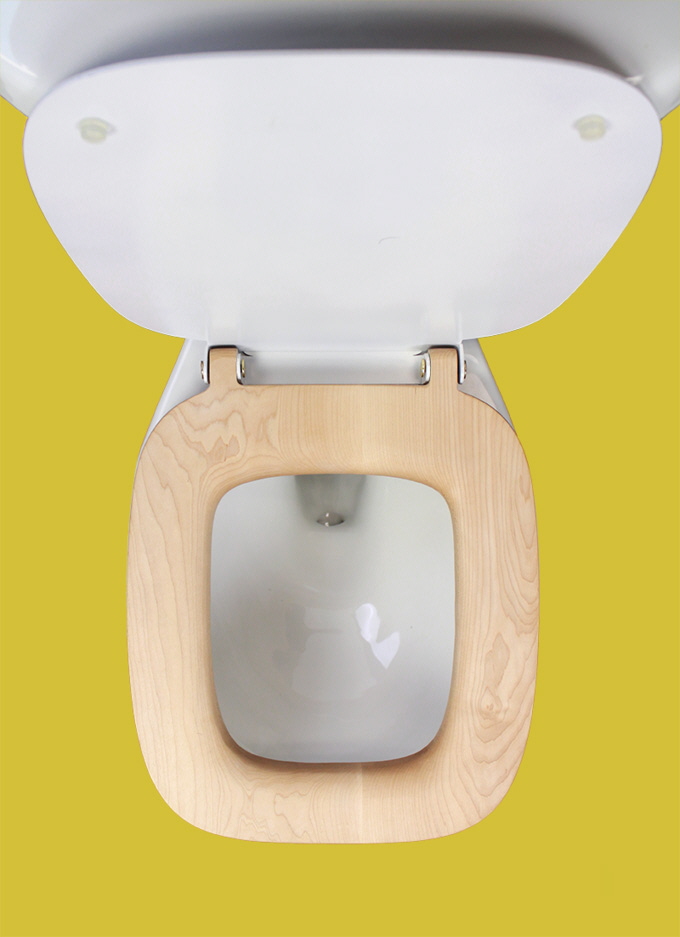 The cover for the seat is laser-cut 12-gauge steel, which is slightly bent and then powder-coated in a range of colors. "We wanted something extremely thin but durable to emphasize its modern design," Wiesner says. "We're also working on some new iterations of the toilet seat that will use a plastic top, so it'll be a cheaper alternative to the one we already have." The current version sells for $260, and the Toilet Chair can be had for $850.

Ultimately, the designers hope that Pinkhouse's spring collection will encourage consumers to take their furniture a little less seriously. "Today, people want to buy furniture that they think they will keep for decades and eventually pass down to their children," Bentel says. "People are precious about their decisions and often punish their immediate desires for something that has more utility or something that is more sensible. We want to create objects that adopt the kind of sensibilities that Internet culture has. Objects that are fun, sharable and offer immediate gratification. So, in many ways, the collection is about humor, absurdity, spectacle, imagery. It is about producing the kind of happiness that Imgur, Reddit or Buzzfeed constantly offers."

This was the latest installment of In the Details, our weekly deep-dive into the making of a new product or project. Last week, we examined some extruded-plastic baroque furniture.