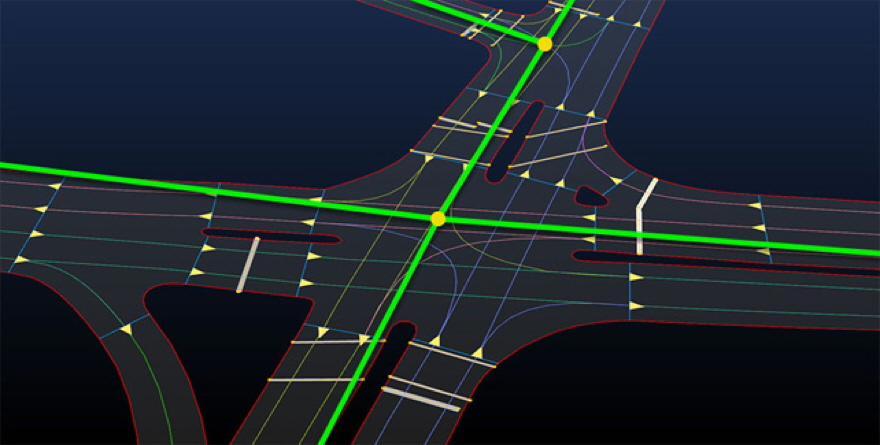 Maps are not disinterested portrayals of physical realities. They are the products and depictions of power. The Mercator projection world map emphasizes the size of the Americas relative to Africa. This isn't a reality; it is a cartographic decision that emphasizes geopolitical dynamics. (This dynamic is reversed on the Peters Projection map.) Maps also impose realities onto physical space. The British Empire's mapping and division of the Middle East, for instance, created borders that disrupted the lives of nomadic tribes. Maps are powerful objects and, as Voltaire and Spiderman's Uncle Ben both said, "with great power comes great responsibility."

Errors in maps can have serious consequences. In 1904, Siam (Thailand) and Cambodia, which was then a French colony, jointly set out to establish their mutual border. They agreed that the border would follow a watershed line, which left most of the Preah Vihear temple on the Thai side. When the French set out to draw the map in 1907, however, they deviated from the watershed to place the entirety of the temple on the Cambodian side. This decision is still a point of contention. Thailand occupied the temple in 1954 as an act of protest. Cambodia then took Thailand to the International Court of Justice, securing a 9-3 verdict in favour of the existing boundary in 1963. This did little to appease Thailand. The most recent Cambodian-Thai border skirmish, which lasted from 2008 to 2011, resulted in the deaths of 36 soldiers. This is but one example of how disputes over maps can be costly

ERRORS IN MAPS ARE COSTLY.

Mistakes in maps for robots can be even costlier. Whereas humans can interpret the differences between maps and their environments, robots see maps as the world. Their margin for error is virtually nonexistent. Thus, self-driving cars, such as those currently being developed by Google, cannot operate on the basis of normal street maps.

As Emily Badger notes in The Washington Post, "The Google map on your smart phone is a map made for human consumption. It resembles, in simplistic strokes, the world right before your eyes." There are streets and intersections—all the tools you need to navigate the built environment—but you have to figure out how to do so. "You can supplement what Google Maps tells you with your own judgment and eyesight," Badger writes. "A ballpark direction—"turn right in 200 feet"—is enough information for you to work with"

Not so for self-driving cars. Ogi Redzic, of the mapping company HERE tells Badger: "When we say 'turn right,' that decision needs to be made much more precisely. It's likely going to be 201 feet, 199 feet." This granularity is what stands between your driverless car and crashing. This may seem at odds with all the sensors on self-driving car prototypes—isn't a car that strictly follows a map a streetcar—but sensors can only get you so far. "A bad snow day," Redzic says, is "going to make sensor-based decision-making much more challenging."

The maps produced by companies like HERE are not for human consumption. "The ultimate consumer of the experience is the human, but the ultimate consumer of the data is the car," Redzic tells Badger. But there is a positive externality to the production of these maps: they are visually striking. There is no world outside of the roads on HERE's maps. It is not, after all, an option for a car to drive on anything but the road. On the road, however, HERE's maps offer incredible details, mapping lanes, dividers, and turning radiuses: the kind of things a car's literal-minded brain would need.

HERE's map, then, allows us to see the world through the eyes of a car, where the road is a series of bright lines and the world outside of it is plunged into pitch blackness. It is not unlike historical maps and projections, which can be used as tools to understand the thinking of now-deceased cartographers. A map—even an incredibly precise map made for a robot brain—can tell us about the world from which it comes. It can also just be fun to look at.