When is the last time you drank the recommended 8 glasses of water a day? Did you remember to exercise today?

Habit formation—or rather the difficulty of habit formation is an issue to which most humans can relate. In this amazing world we live in, it seems as though psychology should have a few tips for us on how to make this easier. And if not psychology, then technology should definitely be able to solve the problem...right?

Enter Moti, your new Tamagotchi-like friend who sits in your environment and gives you just the push you need to create that habit you've been trying to get going for years. Moti began as a project of Kayla Matheus, developed through 30 Weeks, a New-York based founders program for designers operated by Hyper Island and supported by Google. The program boasts a lineup of partners and mentors with some familiar names including John Maeda of KPCB, David Kelley of IDEO and the d.School and many more from academia, venture capital and industry.

"The vision for MOTI is big – it starts with this project but it goes far beyond that. There're a lot of different verticals and use cases we plan to explore." - Kayla Matheus

The 30 Weeks program gathers together a group of smart young people and throws them into the startup scene—prepping them to launch their own companies at the end of the program. 30 Weeks, unlike the classic Y Combinator or Techstars model of incubation and seed investment, runs more like a 'pre-accelerator.' Participants apply and pay to be a part of the program, generally hailing from some sort of design background. 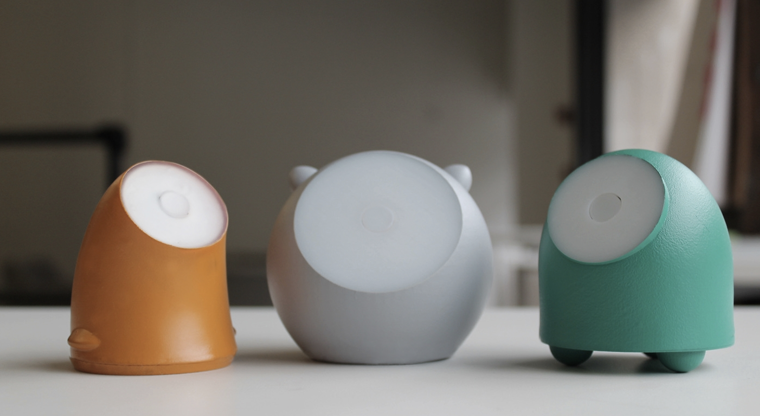 In the case of Matheus,  it was a background in Mechanical Engineering and Sculpture that led her eventually to a career in design. Upon entering the program, participants are not required to have a solidified idea they want to build a business around—an appealing prospect for Matheus, who otherwise would have considered a traditional graduate school route.

I knew I was interested in being an entrepreneur, I saw friends who were founders—but I never felt like I had that amazing idea to go after and persue. I realized through my professional work that I wanted to be creating products on my own terms, choosing the problems that I was solving. The thing that attracted me [to 30 weeks] was not coming in with that startup idea. This was space, time and mentorship to help with the initial ideation that would then translate into a startup. That's what I really loved was that it was about my individual development as an entrepreneur and it would give me the breathing room to flesh out what I wanted to do.

Matheus found herself in the right place, surrounded by 16 other design-entrepreneurs she iterated on two separate ideas before settling on MOTI. The project technically, would likely be ill-advised in a traditional accelerators that favor high-potential startups that are light on overhead costs (i.e. not hardware). 30 Weeks however, doesn't mistake fiscal potential for innovation.

I knew coming in that I wanted to design a physical thing and really get back to my mechanical engineering roots. So I wrote a breakup letter to the other idea and sent it out to the entire group.  I think the problem with the habit idea was that it wasn't very fleshed out I didn't have the time to do the proper user research and really iterate the way that I had with my first idea. So that's how I decided—it was a lot of struggling between the two and trying to get introspective about why my gut was telling me to go with this idea.

Next on the agenda for MOTI is distributing their first beta-batch of 50 devices that Matheus will be manufacturing in house. These devices will be the basis for the final design iteration of the device before design for manufacturing. We look forward to seeing what Matheus and the rest of the 30 weeks graduates decide to do post-demo day to grow their newly-founded businesses. 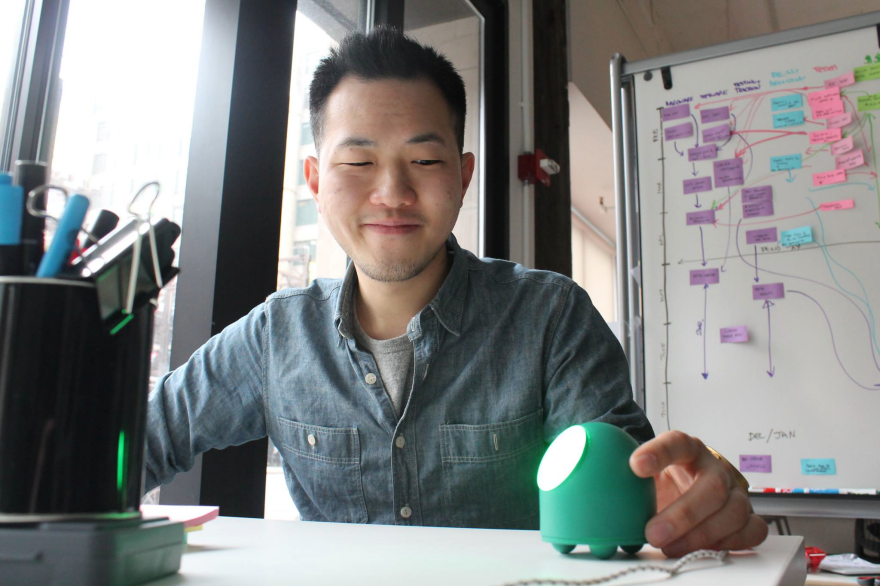 MOTI delivers a friendly reminder to remember your daily habit.

We wish Matheus and her team the best as they continue with the product post-30 Weeks. You can find out more about their beta-testing round and future product launch on their website.