An Interview with Jasmina Grase of MIITO on Crowdfunding, Manufacturing and Being a Designer-Founder

Running  a successful Kickstarter campaign has become a nearly-necessary stop on the road to launching a hardware startup. With Berlin as a hotbed for tech startups over the last several years and the long standing mystique of German design and manufacturing—the launch of Kickstarter in Germany was a natural choice for the Brooklyn-based crowdfunding platform looking to broaden their reach in Europe.

Leading the new batch of German creators is Eindhoven-bred, Berlin-based design duo Nils Chudy and Jasmina Grase with their long-awaited Kickstarter campaign for MIITO. The recent Design Academy Eindhoven graduates have already garnered considerable attention upon winning the James Dyson Award in the Netherlands and a nomination for Design of the Year from the Design Museum London. The project, which began as the graduation thesis of Nils Chudy, gained an international following as just a concept. The excitement surrounding the concept lead the duo to the bold decision to start a company and take development and production into their own hands.

MIITO is a 'kettle' of sorts, using an induction hub and a steel rod to heat the exact amount of water in a particular vessel making it sleek and energy efficient. The MIITO can heat inside anything non-ferrous and be used for larger mugs or teapots as well as bowls and glasses. Due to the low energy consumption of induction heating and the fact that you never over-fill a kettle, MIITO is a small but smart step toward a more sustainable home.

We caught up with co-founder Jasmina Grase of MIITO on the eve of their Kickstarter launch to ask few questions about their perspective on taking a product through production and why Kickstarter was the right route for them.

Teshia Treuhaft:  Why did you decide to run a crowdfunding campaign?

Jasmina Grase: We started to do everything because of the people that approached us after the first round of press. It seemed logical that we should bring something back to them instead of asking them to wait two years until they could go to a store to buy the product when they have already talked to them personally. We had established that contact and I don't think there is any other logical way to bring the product to market except to use what was already there. It's just a continuation of our communication with the people we've been emailing and contacting but on another level where we physically give them something back. It's not only about saying "Yes were taking the feedback into account" but "look—we actually listened and it's a good idea and you can see we applied it"—I don't see another option for how to do it. 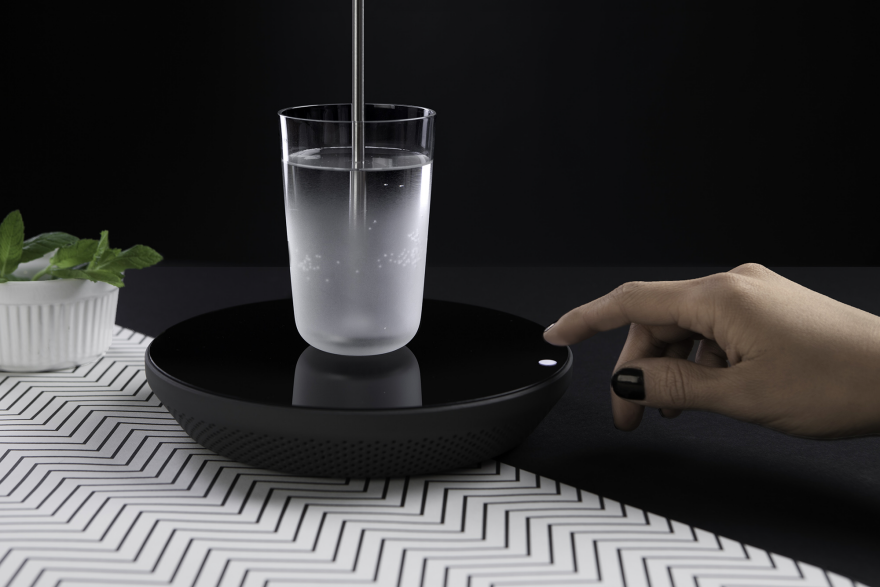 You guys generated a lot of interest after being selected for the James Dyson Award, how did you deal with the offers from larger companies looking to buy and develop the design?

Turning down offers from big companies—it was a naïve idea. At that point we were in Copenhagen and we were talking with a lot of product designers about how to establish a studio. Figuring out what's the process you go through when you have a product to produce. It was so common to hear that everyone gives their designs away to someone else and then they complain—'oh yeah it ended up in this cheap material' and 'I didn't want it to be like that' or 'this one didn't get produced for some reason.' There are so many nice concepts that are lost on the way. It's a bit of ping ponging who has the responsibility for the product.

In the beginning we were joking, "yeah it would be really funny—we'll start a company." But the longer we thought about it and the more people approached us offering to help, it made us more and more curious. Really, if you think about the concept phase, it can be such a small part of the entire process that the designer is involved in before it gets to the store. It's often two extra years before things ship—what happens during that time? We want to be there for that. 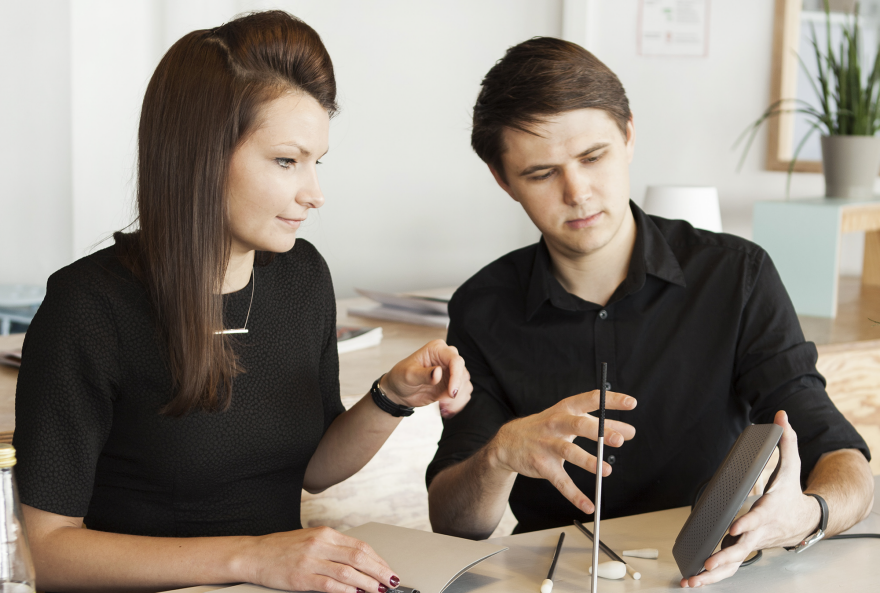 Why did you choose Berlin to set up shop?

It was a natural choice if we think about hardware, maybe it's a cliché —but Germany is a country that makes high quality, trusted products. Companies like Braun, I don't know who can beat that, it's beautiful, affordable—all the things we want to be. It's also that the industry is still here there is a lot of support for new companies in this sector. 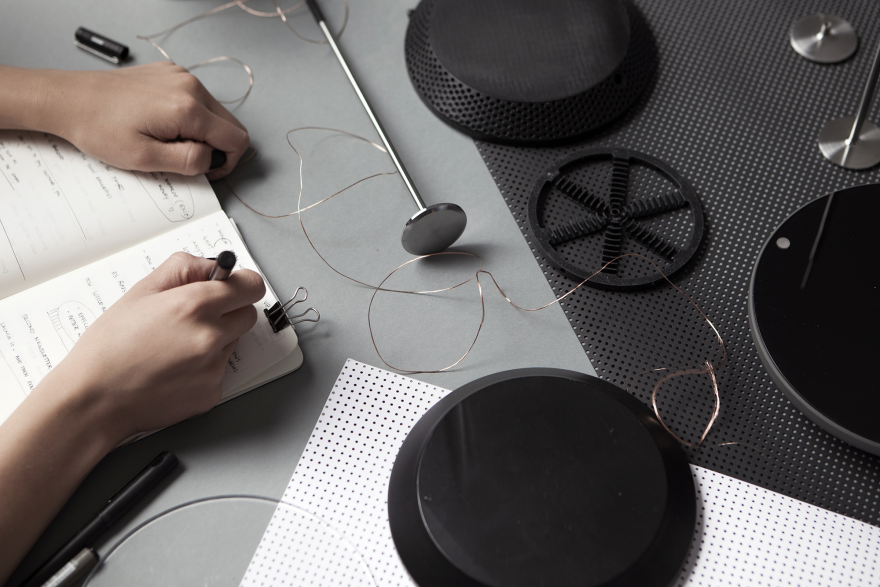 Why were you and Nils drawn to this route as designer-founders?

It's not always common for designers to be founders—at least it's not the case so far. I think it's the typical mentality of the designer, they want to be doing a bit of everything and be in a constant state of change. They don't want to sit with that one cup for a year—that's why they sell it off.

For us, I think we are drawn to the challenge. We are still interested in other methods of getting products into the world. We've actually tried to do it all three ways—we have furniture pieces where we are organizing the manufacturing but we have a person in charge of all the selling. Also we have a product where another company will completely take over development and sell it under their name and then of course we have MIITO—which is the most consuming project.

We are testing out all three ways of bringing a product to market because there are learning points for each method that compliment each other. By signing off all the agreements and responsibility to the company you can really see what happens when you hand over the project. Organizing the manufacturing we get to then get some control over how we ship, how we package and how do we communicate with the manufacturer. But when it comes to MIITO, we plan to keep doing everything ourselves.

Thanks to Jasmina for speaking with us. To learn more about the MIITO check out their website or Kickstarter page.