In 1867, Victor Fournel published a work in which he described the flâneur as (translated roughly) the image of the public, of the city, the antipathies and admirations of the crowd, public esprit; basically the figurehead of contemporary urban experience. A flâneur is, by definition, a time waster: someone who uses their time not for work, or research, or study, but for urban investigation, the indulging of urban life, and the exploration of contemporary culture.

Without first understanding the flâneur we cannot understand the development of arcades. The figure of the flâneur is one typically imagined as a bowler hat wearing, cane-wielding man in a three-piece suit waltzing through the streets of 19th century Paris amidst sidewalk cafes and a young upper-class. These individuals used to wander the early arcades, spending money and showing off wealth in the pursuit of amusement and social connection. They spent their time enjoying the presence of others and engaging in the urban crowd, through the vessel of the arcade. This concept is, however, a timeless one. By Fournel's definition the flâneur could exist, as we will discover, in 19th century Paris, the video arcades of North America in the 1980's, and the boardwalk arcades of early amusement parks.

This arcade of the 19th century is more akin to a modern shopping mall than what we would understand as an arcade. The structures were essentially covered streets lined with consumer outlets such as cafes, clothing shops, and butchers, created as a means to remove this part of life from the streets. It allowed for the expression of wealth and the wearing of high fashion all throughout the year, and alienated this lifestyle from the grime and filth of the Parisian streets. The occupants of these arcades were the flâneurs, a type of urban socialite embodied by a sense of public expression and social engagement.

This arcade of the 19th century is more akin to a modern shopping mall than what we would understand as an arcade. The structures were essentially covered streets lined with consumer outlets such as cafes, clothing shops, and butchers, created as a means to remove this part of life from the streets. It allowed for the expression of wealth and the wearing of high fashion all throughout the year, and alienated this lifestyle from the grime and filth of the Parisian streets. The occupants of these arcades were the flâneurs, a type of urban socialite embodied by a sense of public expression and social engagement.

"The lover of universal life (flâneur) enters into the crowd as though it were an immense reservoir of electrical energy. Or we might liken him to a mirror as vast as the crowd itself; or to a kaleidoscope gifted with consciousness, responding to each one of its movements and reproducing the multiplicity of life and the flickering grace of all the elements of life." —Charles Baudelaire, "The Painter of Modern Life"

In the 1980's, upon the creation of the modern arcade machine, these urban socialites were replaced by, well, kids. Your everyday child with pockets full of quarters, running down to the arcade after school to see their friends and play Lunar Lander or Pac-Man. These kids wanted to engage in a social atmosphere that was largely predicated around the experience of many. Everyone played the same games and tried to beat each others' high scores. It was a social game where you were a part of this reservoir of energy, responding to the ebb and flow of casual competition within a sphere of like-minded individuals. These kids are, as it were, a new type of flâneur: instead of congregating in public cafes and shopping arcades, they gathered amidst towers of arcade machines in strip malls and downtown arcades. 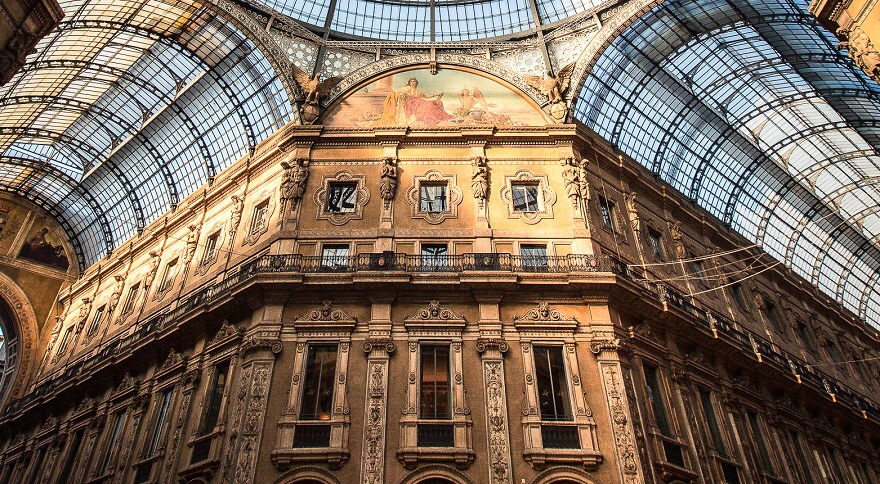 Where this differs from other forms of spectator culture—sports, live music, art, film—is that you are, as a flâneur, spectating the crowd of whom you are a part. You are, as Baudelaire puts it, "a mirror as vast as the crowd itself". This common thread connects the urban socialites of the 19th century with the children of modern arcades. I find it no surprise that their architectures share a common etymology: they both bear the title arcade. This thread could be extended into the rows of boardwalk games at amusement parks which, upon their introduction in the early 20th century, marked the beginning of a transformation for the flâneur.

THE SOCIALLY COMPETITIVE URBANITE HAD BEEN DISTILLED EVEN FURTHER

The boardwalk arcade, known in contemporary culture as the realm of stuffed animals and carnies, was the point in history where the flâneur began to take a less stuffy approach to social engagement and instead opted for something more lighthearted. This version of the flâneur can take on a wide range of guises: couples, children, families, rich, poor. The evolution here is that of social class: being an organic entity, the flâneur shifts to embody the sort of person who would attend the arcades at amusement parks as it is the emerging social activity of the time. The flâneur is now the everyman, united by the common interest of play rather than the spending and exposition of wealth. Everyone wanted to have lighthearted fun, and be rewarded for their performance at some particular game rather than for how much money they have earned and spent. The shift from exhibition of wealth to exhibition of talent is an important one, and illustrates a changing mindset of social taboo and notions of play.

This shift brings to mind the equal and opposite reaction of both spending money and exhibiting talent: reward. While the earlier flâneurs were rewarded for their wealthy habits with material goods and social admiration, the creation of the casual-gamer in the early 1900's brought with it a culture of talent exhibition. These games were fun, and you could compete against each other in a way that was more than skin-deep. People had something to practice at, something to excel at even if their monetary situation wasn't exhibition quality. 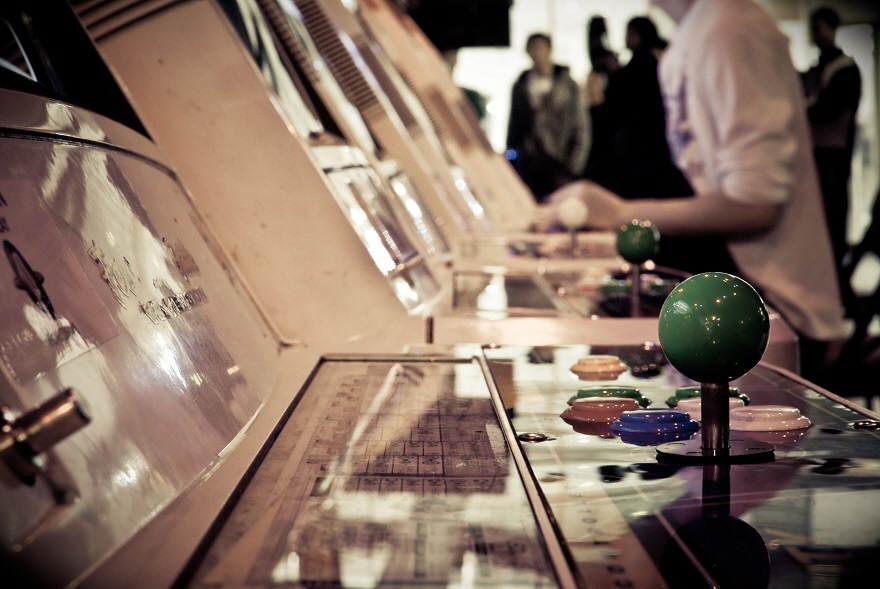 When we move into the development of the video arcade, the physical reward aspect seems to disappear. When you did well at a round of pinball the table didn't spit out a stuffed bumper. The socially competitive urbanite had been distilled even further now, and only strove to get better and achieve a new high-score, that all encompassing number that evaluated how well you did.

By this point the playing of games had become more taboo to older generations. In both earlier types of flânerie the individual could be young or old, as the practices were more socially normal and society viewed them in a softer light. Possibly after the events of the 1900's "playing" wasn't an okay thing to do anymore. The world was turned inside out during that century, and playing was often seen as a waste of time, as not benefiting an individual in any way. It was reserved for children, as an outlet for the mid-century child.

Even in contemporary culture gaming is seen simply as "playing" or an underground entity. 200 years ago you would be revered for having the ability to engage in play, as it meant that you were doing things right: you had money, you had friends, and you had fun, all while maintaining a balanced life. After two world wars and the threat of global nuclear crisis we seem to have lost our appreciation for the lighter things in life, relegating our spare time to the study of far-off conflicts and reading the newspapers of our global village.

So now we have a set of characters: the well-dressed arcade wanderer of the 1800's, the skilled arcade players of the early 1900's, and the gamer socialite of the 1980's into today. The transformation of the flâneur into this contemporary notion of a player took about two centuries, having moved through social structures and cultural boundaries. On the surface, a lot sets our caste of characters apart: income, dress, social conduct. The architecture that surrounds them holds true to the ideology of play, and so too does the outlook of the arcade goer.

Header image via Torley.
The Galleria Vittorio Emanuele II in Milan via Roberto Taddeo.
The Pacific Mall in Ontario via Joey.