The startup guru talks to us about The Leader's Guide, which will only be available to his Kickstarter backers.

Eric Ries is a household name in most startup micro-kitchens. The Silicon Valley entrepreneur and author is the poster child for "fail faster"—learning quickly from mistakes and forging ahead to found successful ventures, a process that he documents on his blog, Startup Lessons Learned. In 2011, Ries published a post titled "The Lean Startup," a phrase that quickly caught on and led to him to publish a book by the same name.

Four years later, Ries has been working with a myriad of clients looking to implement the principles of the Lean Startup in their companies and organizations. Finding himself answering the same questions over and over again, the author decided that it was time for another book. This time, however, he's taking his own medicine, implementing the methodologies of The Lean Startup to create a Minimum Viable Product (MVP—we'll dig into that later) through crowd-funding the book on Kickstarter.

With less than 48 hours before his Kickstarter deadline, we sat down with Ries and asked him a few questions about the campaign and the new book, titled The Leader's Guide. 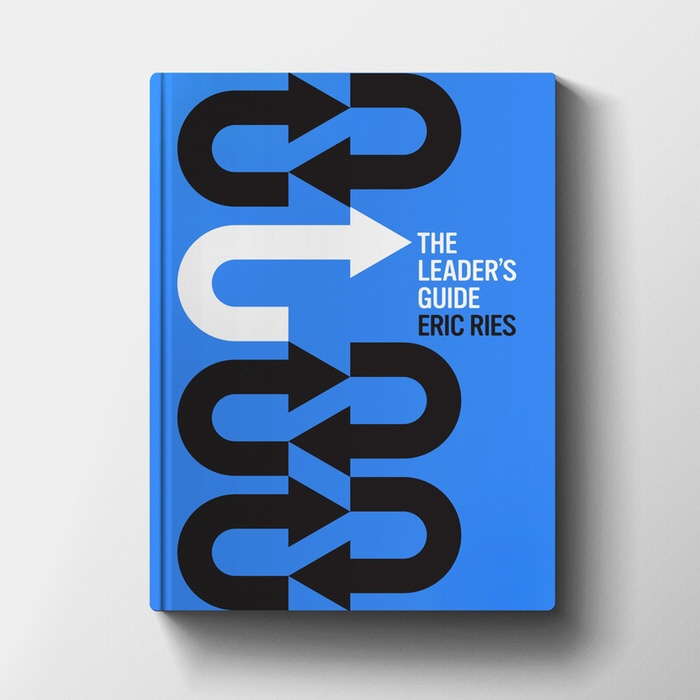 Can you give us a bit of the backstory as to why you decided to write The Leader's Guide?

When I published The Lean Startup, I didn't know what exactly was going to happen. I hoped people would read it, I hoped it would enter the conversation, but I had no idea. I'm very grateful for the turnout, but I made a bunch of assertions in that book. They weren't pure speculation, but they were my ideas and beliefs, and I didn't really anticipate how seriously or specifically people would take them.

I have this idea that entrepreneurship is not just about being in a garage; it is a management discipline that deals with situations of high uncertainty. That means that the startup in the garage is "the startup," but it also means that these ideas and principles can be applied to everything from the new nonprofit to the big government agency. The challenge of being an entrepreneur is more than just how to get started but, ultimately, how you build a management system that allows your company to act in an entrepreneurial way.

How can you as a founder, as a leader, help people adopt these entrepreneurial ways of working like a startup? In the last four or five years, I have been very blessed that people all over the world people have adopted these ideas. It got to the point where they are starting ask more and more and more often about what I now call "the leader's perspective," which is not just what are the techniques and how to use them, but how to convince a team to adopt them. How do I get people who are set in the ways of an older work system to adopt it? How do I convince my boss to adopt it? How do I create an organization that can train people to think this way?

All of this really detailed management stuff has been my work for last three years. My rule is that when people start asking the same questions over and over again and I know the answers, maybe it's time to stop answering them one at a time. That's why I decided to write this book.

From what I understand, your Kickstarter takes an unconventional approach, one inspired by the thinking of your first book. Can you speak to that a bit?

I never thought I would be a business-book author, and there were two issues that always bothered me about it. One was: How can you, in the writing of a book like this, be true to the ideas that you are presenting?

The lean startup is all about rapid information, experimentation and getting closer to customers, but if you are doing a traditionally published business book, the normal process is quite internally focused. There's a lot of writing time by yourself. There's not a lot of iteration with customers. It's mostly with your editors and publishers. It's not really very lean. I didn't want to do that.

The second issue that has always bothered me is: How do you really know that the prescriptions you are offering in your book actually work for people? Most people ask that question to other business authors and they have a pretty simple answer: "Well, I'm sharing from my own personal experience."

That's the answer that I certainly would have given when I was writing The Lean Startup, but reading a book about something is not the same as hiring a consultant to tell you the same information, even if the approach is the same. The number of misconceptions from people who didn't read the book very carefully or misunderstood what I was trying to say and went in the wrong direction really bothers me and I feel a sense of responsibility to prevent that. Using the lean startup approach in the writing of a book requires testing these ideas to make sure that when customers actually read what you are telling them and put it into practice, you know what the result is.

That's what I was grappling with when I decided to do a Kickstarter. When I wrote The Lean Startup, crowd-funding was not nearly where it is today. I realized that I could use Kickstarter to help me make a Minimum Viable Product (MVP), and do an experiment that would help me solve those problems that I just mentioned.

I have all the material from every workshop, case study and exercise I use with my clients. I don't normally publish that material—it's my private curriculum—but I thought, "How about just this one-time experiment as a single-run volume to publish that work to give people access to it?" Through it, I also plan to create an online community where backers can give feedback on the material, see early drafts, but, most importantly, to use the ideas themselves and report back what happens as a way to source new case studies for the book. That's what the lean startup is all about.

With your first book, many of the principles you wrote about were focused on larger companies, but you quickly found that people were applying them to anything and everything. How do you see this new book and these techniques applying to a solo entrepreneur?

I remember when I was the young engineer and someone gave me a copy of Alan Cooper's The Inmates Are Running The Asylum, a classic book about technology and design. It's a fun read—although some of those examples are dated now—but it's basically trying to make the case that the designers are important in the building of technology products, which I think a lot of circles believe today. It seems totally obvious, but it's a relatively new phenomenon and was not always this way.

That way of working, I think, is actually antithetical to good design. It's not even applicable as most design thinking ideas because they are supposed to work in an iterative, experimental, anthropological way and understand the overall system that you are embedded in as a designer. To me, there is a real opportunity for designers to reinvent the process of how design integrates with the rest of the world.

That could be as simple as running a code, so that you can implement your own designs and iterate on them rapidly; it might mean partnering with somebody who is as interested in design as you are interested in technology; or it might mean working in an organization that has a lean development process. Whichever of those it is, I think that the companies of the future that embrace that way of working are the ones that will succeed. 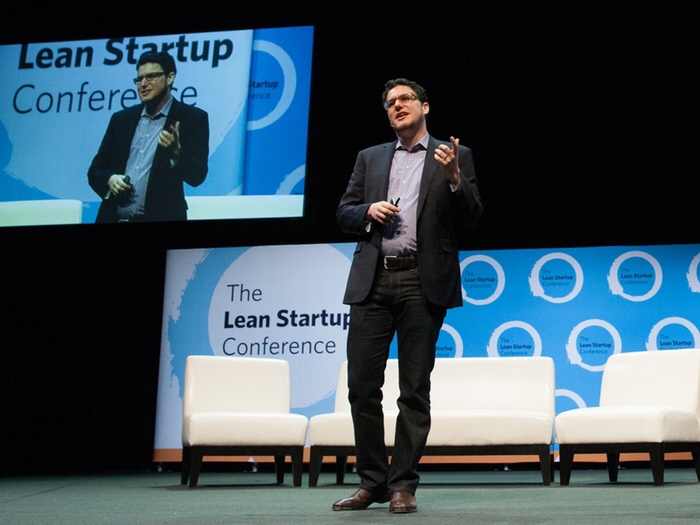 What will designers find when they open up your book?

Whether it's a design project or an artistic project—physical, virtual, film, music, woodwork, other media—if you want to have an impact, want to move people and change the world, these principles still apply. I feel that way about my own craft of writing. It's not just an abstract exercise. It's not an ego project. I care a lot about what happens to it in the real world.

I think a lot of people wish that they could find a way to make a living doing something that they feel passionately about. Very few of us have the luxury to really support ourselves doing work that we truly love and we feel that we were put on this earth to do. I think what is a shame is somebody who is trying to make money doing that, but they're embarrassed about it so they don't go about it in an effective way. That's a real waste of their talent.

If you're trying to make money using a skill or a craft and you have a startup, it can be made better. Bad things happen when you don't take ownership of your own career, your own process, your own business.

Can you give me an example of something that will be in this book?

These days, we just have so many more varied examples of people who have created a video demonstration of their product and posted it online, or someone who built a physical mock-up or used 3D printing to build an MVP and used that to test customer demand. A lot of examples of people who had to take shortcuts that would normally be absolutely unacceptable, using inferior materials over others that would have taken two years and three million dollars to get.

They're able to get an almost-as-good product to market a lot sooner and use that, not as the end state but as a way to test customer response. As soon as new materials are available, they can come and replace the first version of the product with the new version—at their own expense—so the customer's still getting this great thing eventually, but they also get this bonus benefit of something not as good but real.

How will someone get the book outside of backing your Kickstarter Campaign?

They can't. It is an unusual thing to do to advertise a product that is not for sale, but it is part of the deal with my publisher that The Leader's Guide can only be available at one time only though the campaign. It's not going to be available on Amazon. This is not a gimmick, not an "act now" infomercial that will be on again tomorrow. This is it.

What the motivation for that?

That is what makes a crowd-funding campaign effective. With Kickstarter, we're creating something that otherwise would not exist. We wouldn't have done it through the traditional publisher process. If the campaign failed, it would not get published. I don't want to keep writing and keep working on it. I just want to give it to people to tell me if it's useful, so I can keep improving for the next one.