Mininch Does it Again with Second Crowdfunding Smash

The larger question: What makes a product design "successful?" 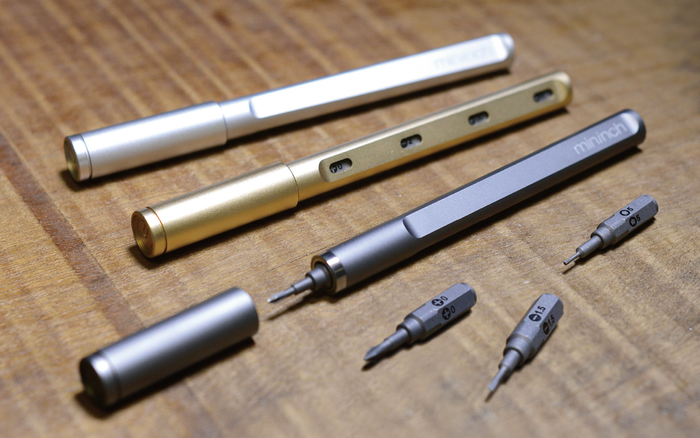 Is there a designer among you who doesn't dream of creating a crowdfunding smash hit? Something that asks for seven grand, but nets over a quarter of a million dollars? Do you have an idea for a product that you just know people will want, and can you back that up with the all-important execution--and intangibles? If so, maybe there's a lesson here.

I was mightily surprised when Mininch's original Pen Tool became successful. (And by "successful," I mean they sought $7,000 in funding but racked up $274,794.) While elements of it seemed well-designed, overall it didn't seem terribly practical. In particular it seemed undersized for the bike—and skateboard—repair applications shown in the pitch video. Nevertheless I respect their execution, and post-fulfillment comments on the campaign page are mostly filled with effusive praise of both the tool and the customer service.

That original campaign drew a lot of discussion from the Core77 readership speculating on what drove that amount of funding. Some said the low ($35) buy-in, others said "lack of tool literacy" (which makes no sense; that's like saying the Camry is a bestseller because people don't know how to drive, and doesn't explain what led people to make the purchase). Reader L.M. Lloyd seemed closer to the mark when he wrote: "I think that success on Kickstarter has everything to do with how well the campaign is designed, and next to nothing with how well the product is designed."

Another reader opined that "The big pitch here isn't the Mininch product itself, it's the silent seduction of the 'lifestyle'—as subconsciously conveyed by the video's high production values, hip models, boho sets, lush colors, cool music, etc...ID in thrall to Sales."

Let's circle back to that in a minute, as I must first point out that the Mininch folks have another hit on their hands. While their original tool might have benefitted from a beefier design to tackle the tasks portrayed in their video, they've now gone in the opposite direction, making the tool smaller. Take a look at the ham-handed pitch—er, "lifestyle"—video for their latest product, the Tool Pen Mini:

The developers sought slightly more than last time—$15,000—and were funded within an hour of the campaign going live. That was two weeks ago, and today they're up to $166,000. The numbers contine to tick up: They pulled in fifteen grand just while I was writing this entry.

I can't fault the "lifestyle" they're selling here, which is people fixing things. And unlike the previous tool, I actually see this one as useful; the smaller screws it's meant to remove don't require the torque a beefier handle would enable. I'm still not crazy about the first-in, last-out bit loading, but I do like the windows. 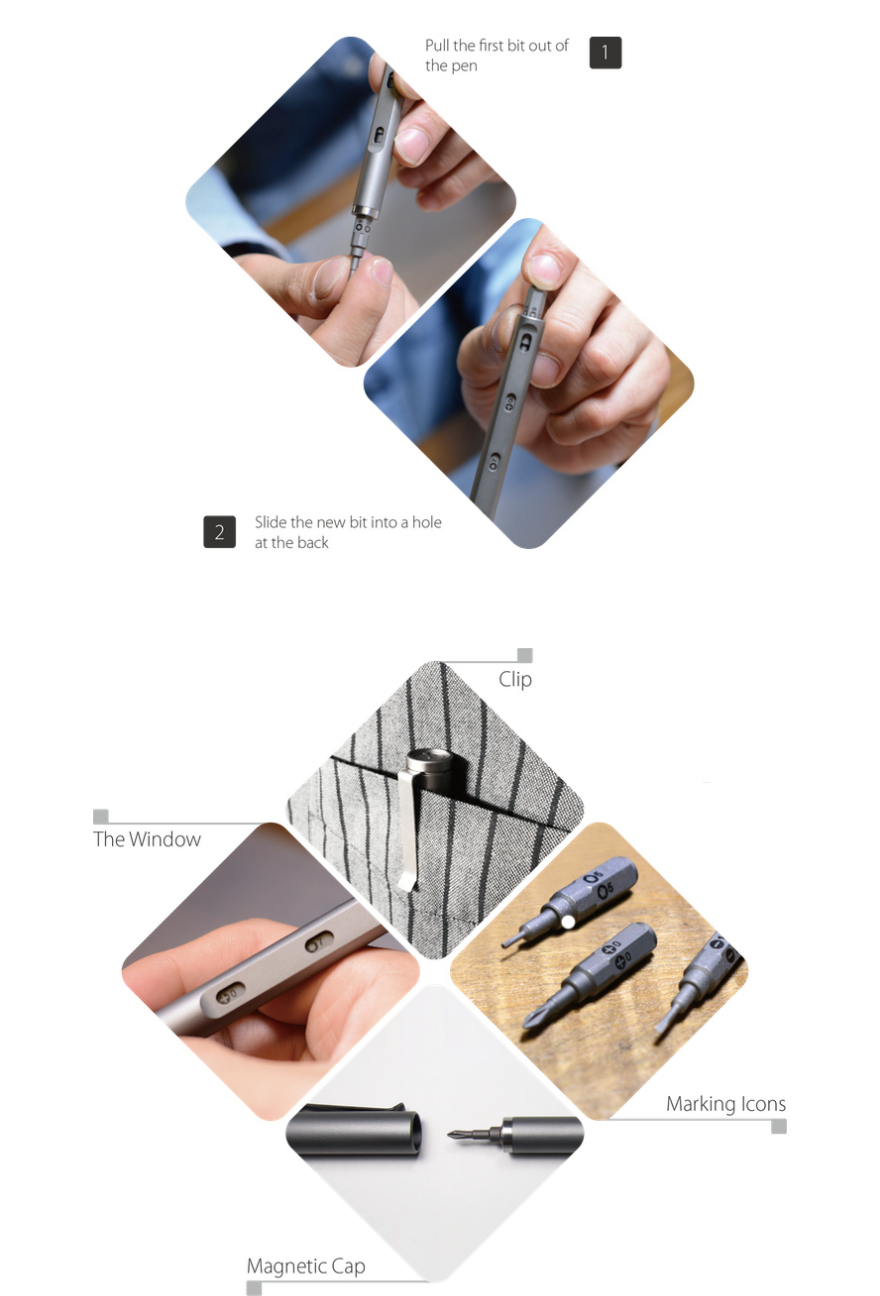 So here's what I think they got right:

The lifestyle video, silly as it is, seems more effective than the awkward-designer-talking-to-the-camera-with-shitty-microphone approach that many take on Kickstarter. This one is professionally-lit and -shot. Their camera crew has a good selection of lenses and uses dolly shots, tracking shots, pans and close-ups. They've laid some Adobe After Effects call-outs over the shots without overdoing it.

There's no language-specific dialogue to follow. The "storyline" is dumbed down enough to reach the masses. Even if you can't read the English-language call-outs, it's not difficult to puzzle out what they're highlighting.

Just as Nike appeals to peoples' desires for athletic achievement, whether or not they actually exercise, the Mininch Pen Tool Mini also depicts "a better you," one that fixes things. I think we cannot underestimate the power of presenting people with a better version of themselves, and in today's society--for better or worse--this seems to happen through selling objects.

Relatively, anyway. The original Pen Tool started at $35, this one's at $45. Not cheap, but I think a sub-$50 barrier to what's perceived as a unique or quality tool will prompt easy clicks.

The four-person team not only has two competent designers and a Sales/Marketing guy but, tellingly, a Supply Chain guy who can presumably scale up when demand goes through the roof. Comments from pledgers on late fulfillment are usually amended with tales of excellent customer service, something you don't often hear these days.

Yes, design. Reviews of their original tool are primarily positive; by most accounts the tool does whatever the owners are using them for, and the bit-loading appears to work as advertised. My criticisms of the first tool are not shared by the masses.

"I think that it is dangerous," Lloyd wrote on the original tool's entry, "to try and extrapolate design guidelines from things that are successful on Kickstarter." I couldn't agree more. Design is a fraction of it, and I'm sure the first four things in the list above play a much greater role than many suspect.

Mininch Does it Again with Second Crowdfunding Smash