A Pen that Lets You Draw with Wine, Beer, Tea and More

The WINKpen dispenses the alternative ink of your choice

Industrial designer Jessica Chan was working on a sustainable printer concept when she made an interesting discovery: "I learned that inks—even those made with vegetable and soy—used in traditional printers are not 100% biodegradable," writes Portland-based Chan. "I [subsequently] re-evaluated my approach toward product design as a whole and began taking into consideration the full cycle of products; everything from how materials are first sourced to the manufacturing processes, as well as environmental footprints pre- and post-consumer use."

This led her down the path of using ink alternatives, and designing a vessel to deliver them: The WINKpen.

By designing a glass nib, Chan created a pen that can dispense unlikely "inks" like wine (hence the name, from "wine as ink"), beer, tea, and even liquid condiments. She also designed the pen to be easy to clean and reload: 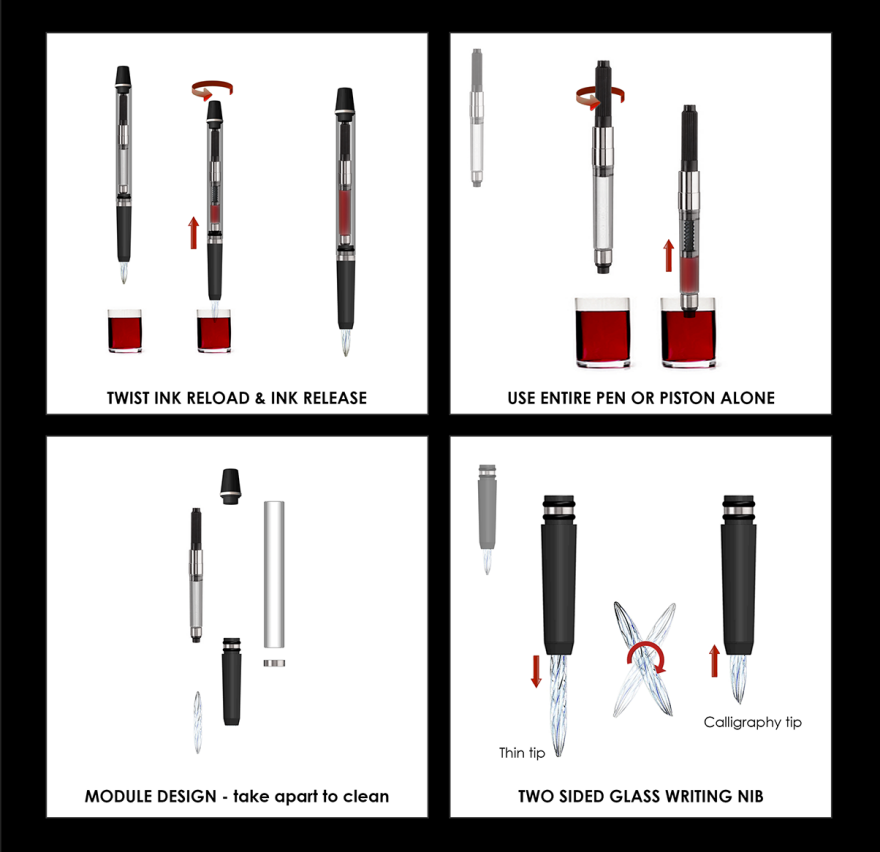 Having sunk some $13,000 of her own money into the project, Chan is now seeking to crowdsource production:

At press time the Kickstarter campaign was at $7,404 of a $47,000 goal, but there was still more than a month left. To get it over the hump, perhaps a more specific range of folk need to be targeted, like:

- Banks. Previously it was inconvenient to have borrowers sign their mortgages in blood, but this removes that barrier.

- Hip Hop Moguls. Because how pimp would it be to sign million-dollar checks with an ultraexpensive Burgundy?

- Frequent Fliers. Your plane is seventh in the queue to take off, and the snippy flight attendant isn't willing to break protocol and break out the drinks cart until you're at cruising altitude. Sure would be nice to reach into your pocket for a little backup hooch….

A Pen that Lets You Draw with Wine, Beer, Tea and More