Buy It Now: The World's Last Mobile Cinema Is On EBay

Even the most romantic school bus to camper conversion pales in comparison with the Bedford SB3 Mobile Cinema. This sort of streamlined British bus-cum-theater is the only remaining survivor of seven. Built by England's Ministry of Technology in the late 1960's, this bus and its six brothers toured the UK to educate engineers, industrial designers, and other industry types on modern production methods. The "cinemas" fanned out to manufacturing facilities in cities and towns across the country, making attendance at these educational tours more convenient. Think: factory chemists drinking tea and eating bangers while watching a film on the newest foam rubber production techniques on their lunch break. 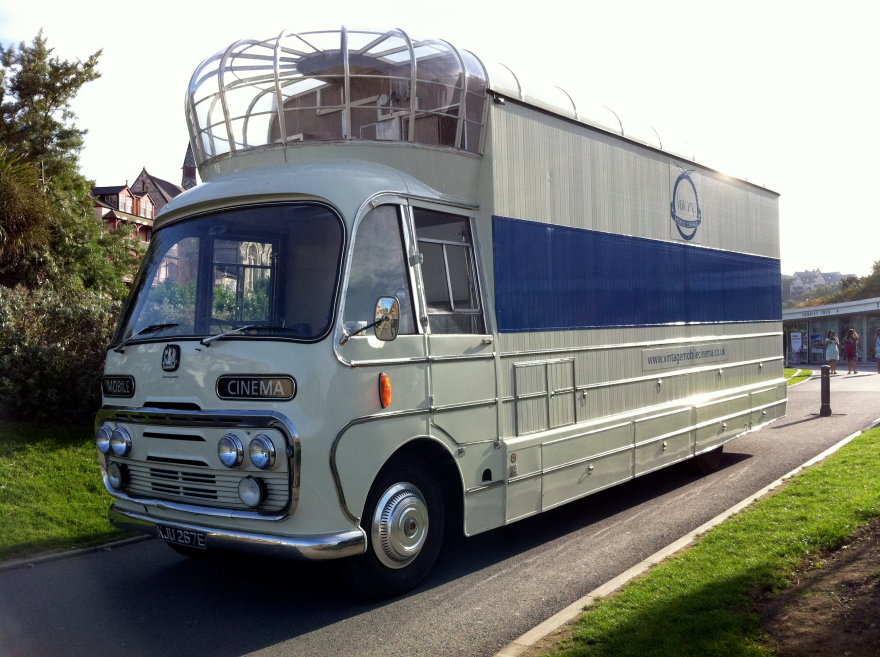 Each cinema was also outfitted with a matching trailer. The trailers held detailed presentations and literature on the subject of the films being shown. Both were built by Coventry Steel Caravans, a high-end english camper manufacturer. The production methods were fairly advanced, the bodies were hand formed out of aluminum; the bubble windows made from custom formed plexiglass. The cinemas themselves were supposed to be a strong show of modern British industrial design.

Originally the cinemas were equipped with a remote controlled Bell and Howell 16mm projector, housed in the bulging "This Island Earth" plexiglass forehead. This unit's projector is still in place, but is no longer functional. The cinema is now equipped with a modern HD digital projector and Dolby 7.1 surround sound. I imagine this would be the ideal viewing venue for the film Speed. You would feel like you were right there in the bus with Keanu. 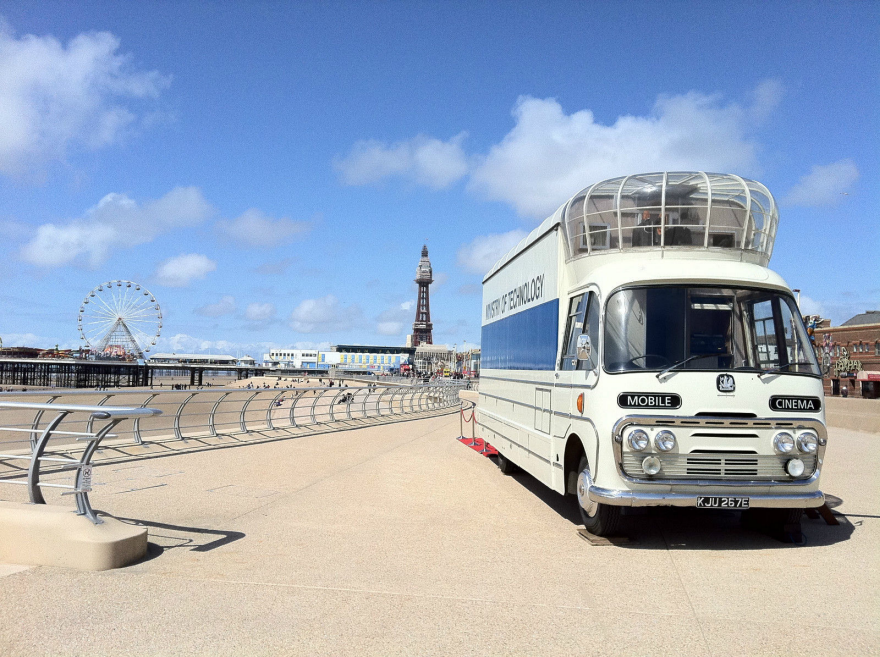 After being sold off by the government in 1974, all but this lone Cinema have gone missing and are presumed dead. Found in sorry shape when its current owners purchased it, it has undergone an impressive restoration receiving an updated drivetrain and modern heating and air conditioning systems. It comes with its original trailer, which is largely complete but still in need of a full restoration. And it can all be yours for only £120,000 ($184,000 USD)… or best offer!

Buy It Now: The World's Last Mobile Cinema Is On EBay

Luke drives a 1968 Volvo that he bought for $100, and does not respect a coffee maker that is not user serviceable.