How to See if Someone's Infradrunk 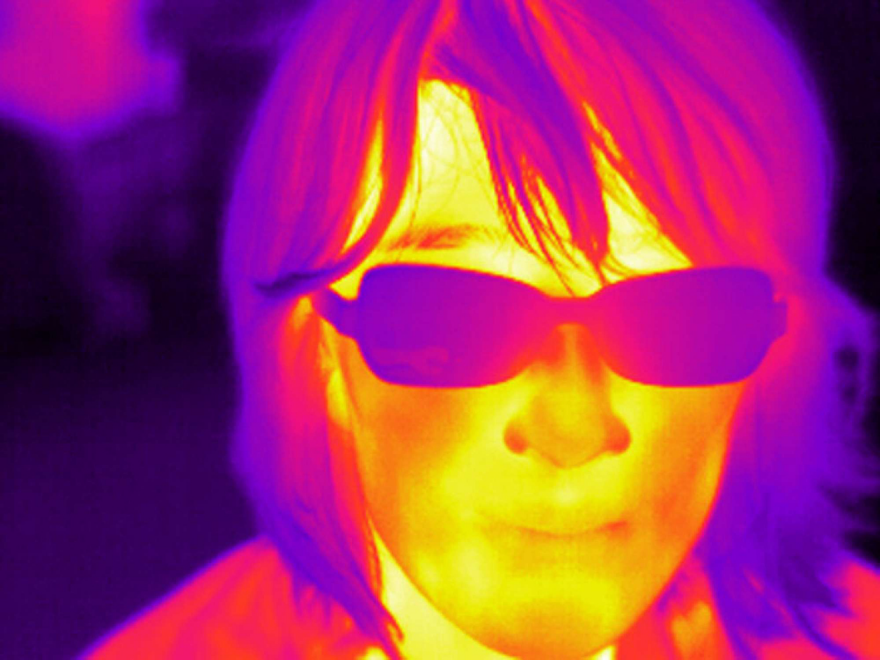 Some folks hide drunkenness well, giving no indication that you ought take their car keys. A breathalyzer would give them away—if one were handy at all times and you could easily get them into people's mouths. But now two physics professors from Greece's University of Patras have devised a better, less invasive way to detect drunkenness: Snapping an infrared photo of the person's face.

Georgia Koukiou and Vassilis Anastassopoulos took thermal photos of the faces of 41 people drinking booze, then studied the before/after images to see what had changed. The difference isn't easily spottable by the human eye; for example, can you tell in the photo below which is the "drunk" shot?

It's the one on the right. What Koukiou and Anastassopoulos discovered was that "mainly the…forehead…changed thermal behaviour with alcohol consumption." As booze gets into the system, a person's forehead becomes flushed, at least to the point that the researchers' algorithm can pick up on it when presented with the photo.

They then tested the algorithm out on "unknown persons," i.e. without having the benefit of a "before" photo to compare to, and found they could detect drunkenness with 90% accuracy.

While the obvious applications would be for DWI checkpoints and bartenders determining when to cut someone off, I'd like to see the system installed on my laptop's webcam. It would prevent me, late at night, from having one beer too many and ordering stuff I don't need off of Amazon.

How to See if Someone's Infradrunk