Round tanks enable waves to do things you've never seen before

Last year Edinburgh University got a new pool. But it wasn't for the co-eds to take dips in; the circular 30-meter tank is ringed with 168 controllable paddles, enabling the precise creation of waves, choppy sea patterns, and even waterspouts. Check out the craziness:

The tank calls the FloWave Ocean Energy Research Facility its home, and it can mimic a variety of ocean conditions. An overhead crane can drop scale models of seagoing vessels into the pool, allowing researchers to see how it behaves in say, an Atlantic swell, or if it is struck by a (scaled) 28-meter wave. And in addition to the paddles, there are submerged "flow-drive units" that can create current beneath the surface. Working in concert, the systems provide "unrivalled control and repeatability," allowing developers of watercraft and submersibles to refine their designs based on real-world testing.

To be able to create repeatable waves is vital for testing seacraft. But the same type of science may also be valuable for a very different kind of "testing;" the athletic trials of the Olympics. As adventure sports website The Inertia points out:

In the past, surfing has been the red-headed step child of the Olympics because of the obvious reasons: contestable surf in many of the locations set for Games just isn't there….
But with the advances in wave pool technology snowballing in the last few years, there is a very real possibility of surfing becoming something else entirely: an Olympic sport held outside the ocean in waves that are exactly the same every time–which is exactly what is needed for surfing to be properly judged.

If Olympic surfing happens, the organization supplying the waves will probably be Webber Wave Pools. 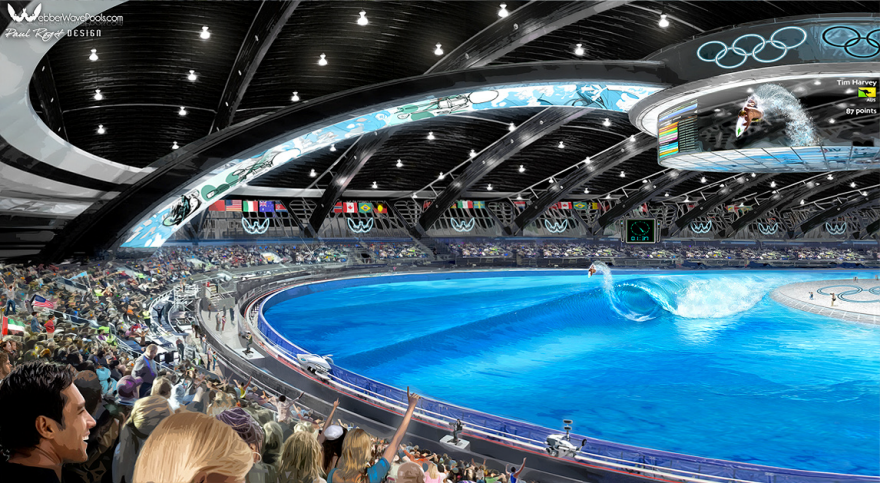 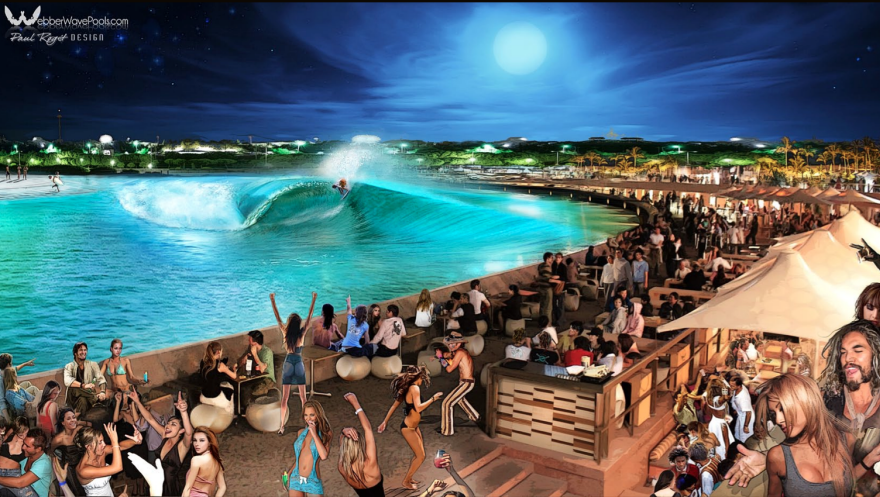 The company's donut-shaped design allows for constantly-breaking waves that circle the tank endlessly. 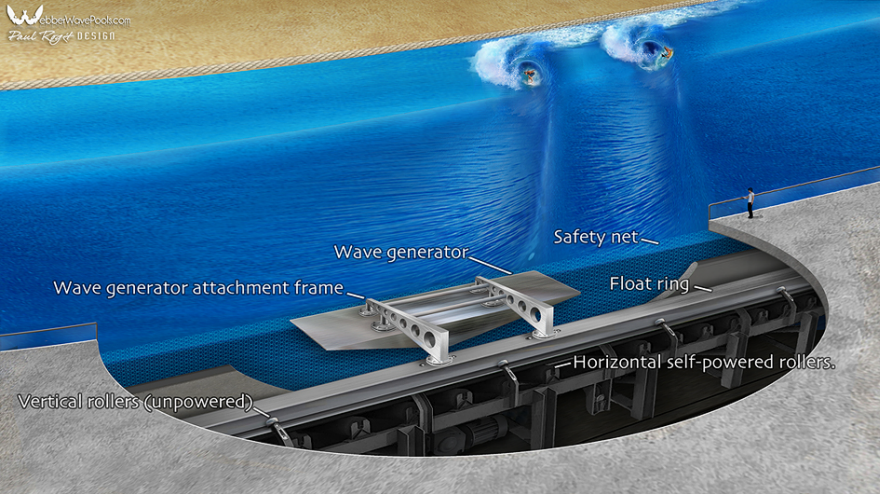 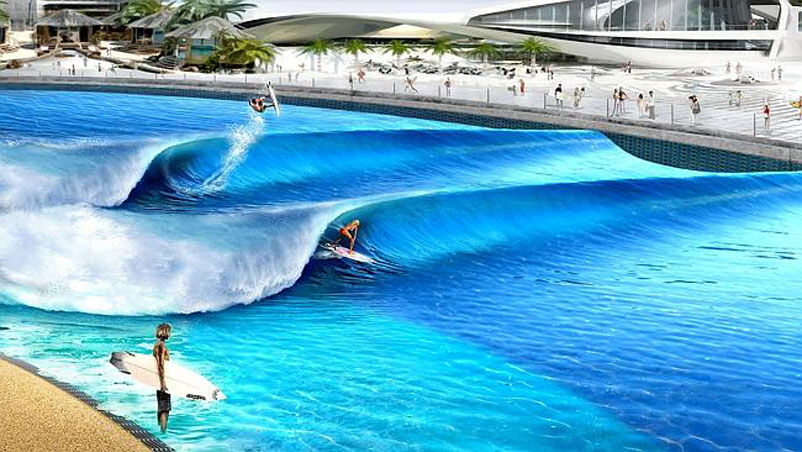 And the wave generators of course offer precise control. Working in concert, they can deliver "a stunning 2,500 waves per hour," the company says, and they reckon that will be the key to making the pools profitable:

Only with a massive wave rate can huge numbers of surfers be fulfilled. Graduate the wave shape and size from the softest easiest beginner waves to the most demanding piping barrels, and you will not just fulfil thousand of surfers but you will totally stoke that same number.