A Return to Simple Pleasures

Of the 700+ exhibitors at this year's ICFF, a select group of nine design schools were invited to showcase student work. We were intrigued by the concepts presented at the Rhode Island School of Design (RISD) booth, Face to Face: Searching for Authentic Experiences, featuring the work of six current undergraduate and graduate students: Emre Bagdatoglu, Ross Kellogg, Linus Kung, Mayela Mujica, Sam Newman, and Kevin Saxon.

In response to a studio of the same name, led by RISD professor and industrial designer Lothar Windels, the students explored the current state of personal interactions within our device-mediated world. "Through this work, students explore the contradictions of technology today," explains Windels, "the way it enables humans to communicate over long distances, but can also create feelings of loneliness and disconnection." Some students embraced technology as part of their work—Mujica's Illume Table Light turns on only after two people set their phones on its' wooden charging base, encouraging the two to have a conversation—while others approached the theme in less direct ways. 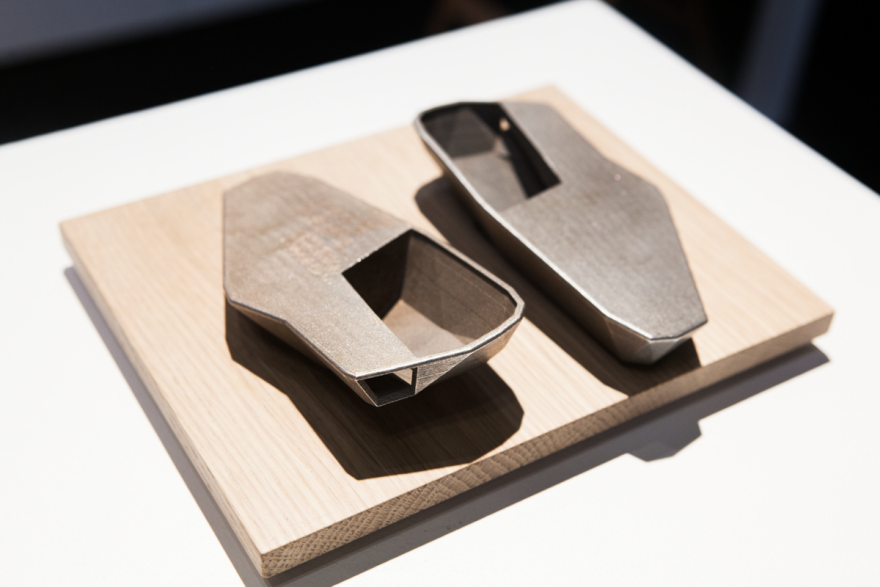 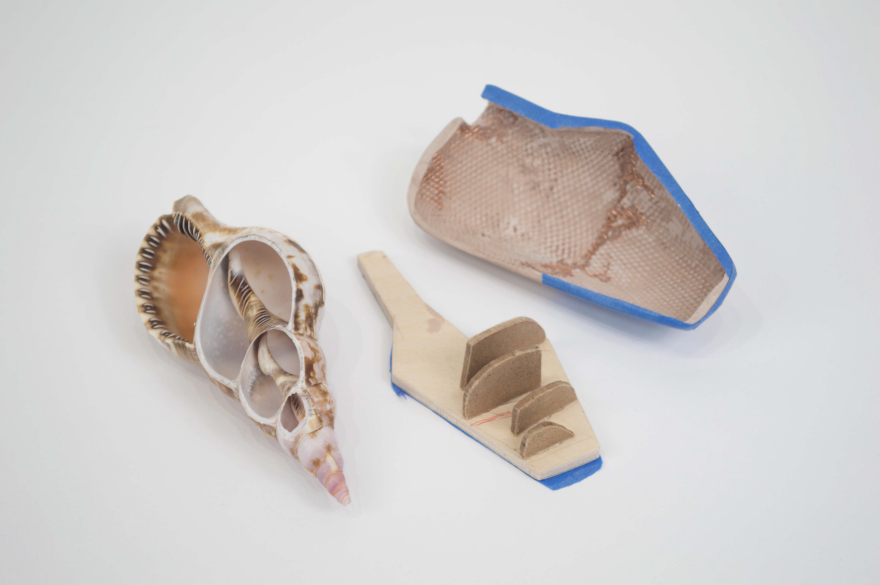 Sam Newman began by studying the anatomy of seashells to understand how they produce acoustic effects. 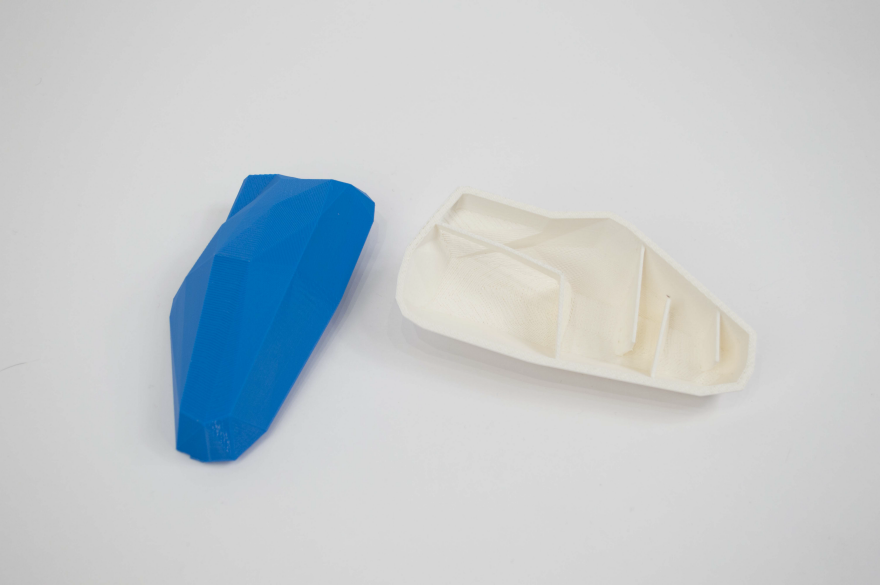 We delved deeper into Newman's Shellfone, a whimsical piece reinterpreting that experience of childlike awe when we pick up a seashell to hear the sound of the ocean magically emanating from inside. His work retains some aura of our smart phones in its form, but is actually just a simple vehicle for a basic and universal human experience. "The inspiration for the Shellfone came about in a very unplanned fashion," says Newman, "I was visiting RISD's library of natural objects and found a big cabinet of shells while browsing. A few of us took some out to listen to and, albeit very cheesy, it was just one of those simple moments of: 'Well, if this isn't nice, I don't know what is.'" The accidental beginning was followed by an intense period of material study and experimentation. In order to understand the inner workings of these shells, Newman sawed one in half and took note of the interior structure. "The first iteration rebuilt what I understood as a cross-section of it," explains Newman, "to my surprise, even the earliest models produced sound to one degree or another. After the initial model, I tried a couple
different ends of the spectrum for enhancing the sound—from more complex helictical structures to totally empty—but eventually I circled back to the earlier cross section as working best." The existence of interior walls meant that the final object could not be cast, so 3D printing emerged as a necessary solution. "I iterated in plastic at first and hoped to try printing in ceramic, but I eventually saw the benefit of printing in metal. It not only produced richer sound, but imbued the object with more sensuality—a pleasant weight, a more tactile surface, etc." 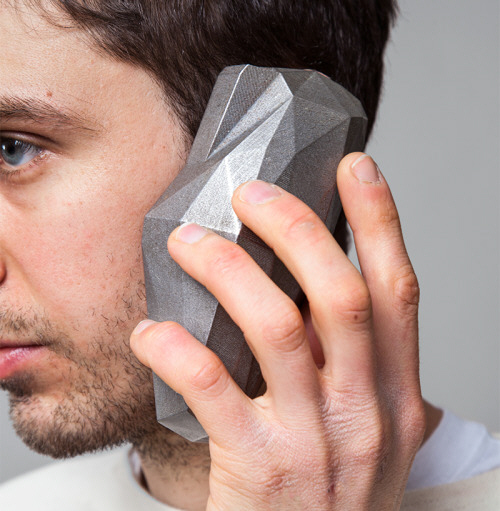 "I think it celebrates its own inherent absurdity—this simple analog function dressed up in a such a 'digital' form," says Newman.

Though the final result is not a product per se, it seeks to uncover the ideas that connect us to the objects in our surroundings by highlighting a set of affect producing qualities: sound, weight, tactility, feedback, and—not least of all—the joy of encounter. "Based on the complexity of the form, there is almost an expectation of it to 'do more', but in discovering that it doesn't, it emphasizes the pleasure in such fundamental experiences," he notes.

A Return to Simple Pleasures