Nowadays, it seems like everyone and their mom is an artist. In an age where our mobile devices allow us to constantly document our lives  and celebrities now design full clothing lines, ideas regarding field specialization and the boundaries of creative territory is quickly fading. We're living in an world that praises the polymath, and in the professional realm a multitude of skills and talents is not only rewarded, but often demanded.

In a way, the exhibition Jonald Dudd, which took place during New York Design Week, is a cultural commentary on this modern point of view with an optimistic and humorous slant. Coordinated by designer and artist hybrid trio Chris Held, Lydia Cambron, and Ben Garthus, the show consists of a juried collection of objects that blur the edges between art and design. This group of work seems to ask a number of varying questions regarding the relationships between the two fields: Can an artist also be a designer? What constitutes a design as opposed to a work of art? Can a design lack traditional function and still be considered 'design'? These are all questions that are perfectly valid but not often asked. 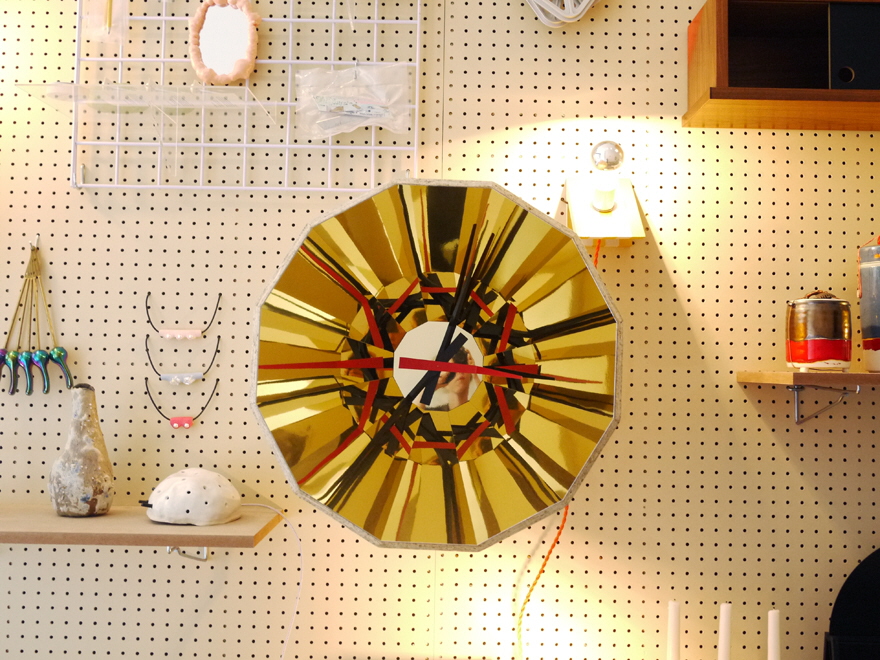 The Dodecadepthagon clock by Patrick Carmody

Held states that the artists within the show were chosen specifically because of their disregard for traditional boundaries between art and design: "these individuals are exploring materials and processes within design while not being constrained by commercial standards or overly influenced by trends. The collection that came together is a real mixed bag both visually and conceptually. We wanted to promote individuality in design process and approach; the work is tied together by that variation and emphasizes those unique approaches."


Some works in the show offer commentary by utilizing familiar design forms: note "The Home of the Moment" by Ryan Legassicke, a collapsible plywood chair made by the artist out of the necessity of needing something easy to transport during his residency in an abandoned housing complex. Ultimately, the work is a commentary on today's economic landscape where private spaces are getting smaller and people are constantly changing jobs and living situations. 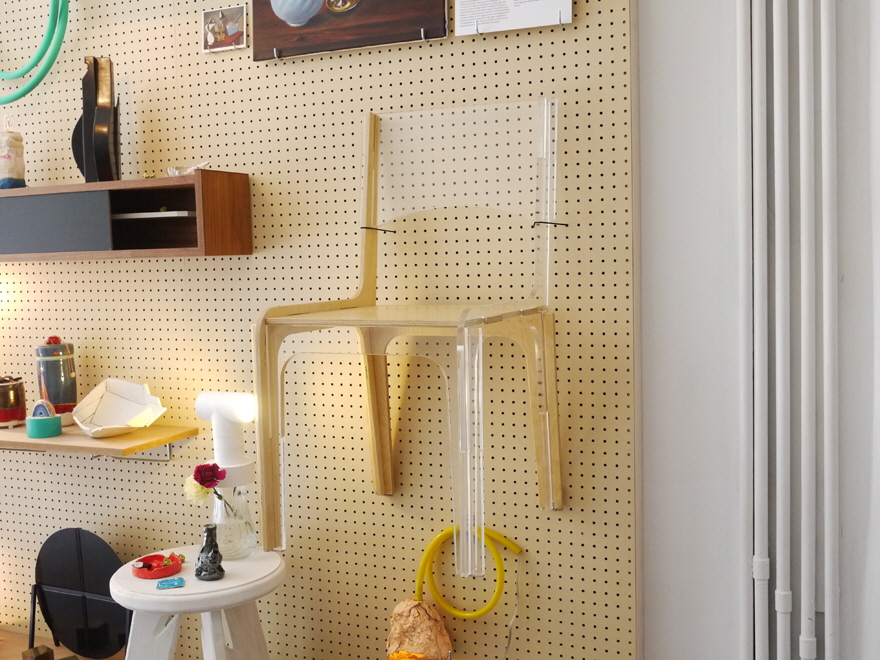 "Home of the Moment" by Ryan Legassicke

Other pieces operate under certain design principles while not actually resembling a design object at all. One standout work of this nature was Re-Paint created by Danish artist group PUTPUT. Along the lines of the Exquisite corpse game, PUTPUT took a postcard featuring a cubist still life by Picasso and asked an outside party to create a written report that attempted to describe the scene. An entirely separate painting based on the description was then created by another artist; as a result, the final painting becomes less of an expressive work of art but more of a rigid design, with the written description acting as a kind of blueprint for the designated artist. 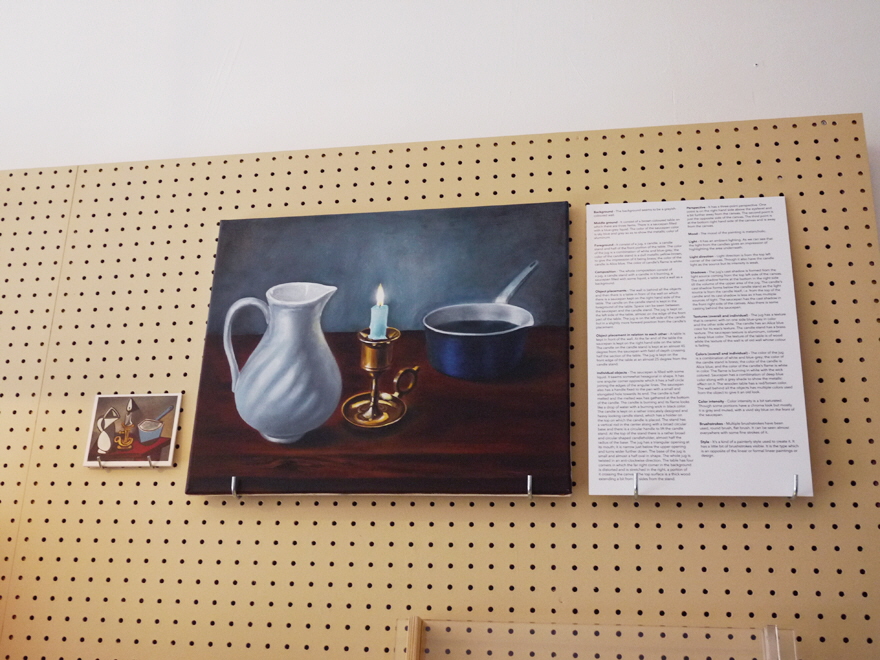 The common thread between everything included in Jonald Dudd is careful consideration for how a design object can make you think just as much as a work of art if created with conceptual intention. Held said that the ultimate drive for putting together a show like this was to complicate the idea that design has no room for commentary — which this show does challenge with great effect. "We all work in between art and design ourselves and have found that blending very compelling," says Held. "We appreciate and are drawn to work that exhibits those connections, and and are intrigued by the processes and influences of the people who create it." 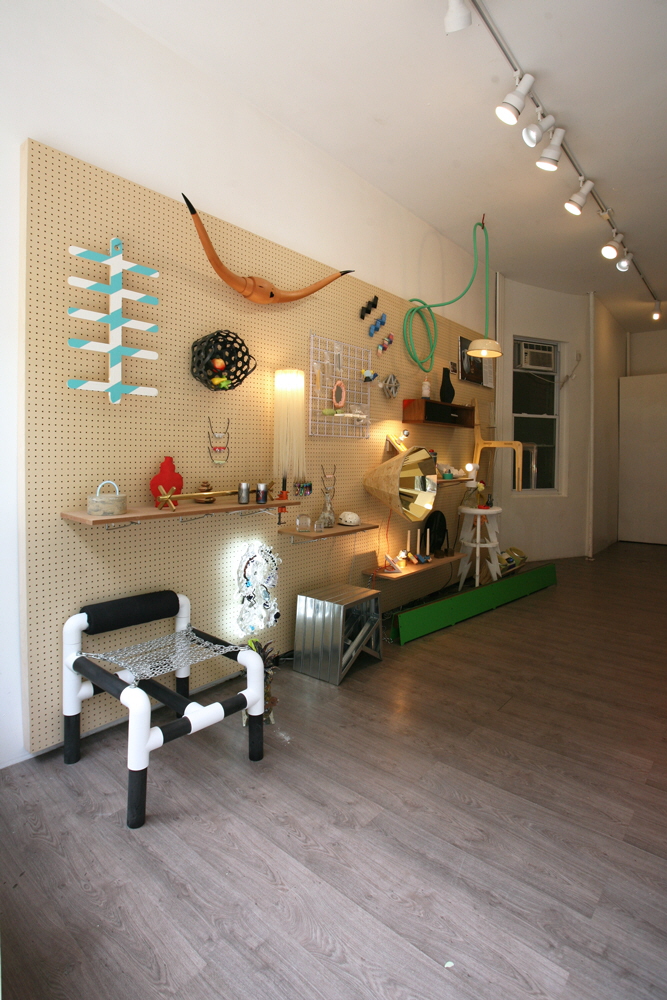 An installation view of the whole show