With Hyperalarm, users must carry the device out of the room to silence its intensely annoying wake-up call.

For those who have trouble waking up in the morning and don't necessarily want to chase a mobile alarm clock around their bedroom for the first 15 minutes of the day, there's a new solution in the works. Hyperalarm is a smart alarm clock intended to relieve the plight of heavy sleepers everywhere. Armed with a series of high, random and varied frequencies, Hyperalarm can only be turned off by its user picking up the device and moving it a certain distance from a connected smartphone.

The Madrid-based Think Big Factory, a multidisciplinary studio focusing on entrepreneurship and emerging technologies, began working on Hyperalarm last October. "Hyperalarm was first dreamt up by one of our team members, 'technology ninja' Chema Diez del Corral, and myself," says Ion Cuervas-Mons, who works at Think Big Factory and is the founder and CEO of Hyperalarm. "As self-professed gadget geeks, we were both brainstorming new smart products that could form part of the rising Internet of Things. Though we had the idea of a smart alarm in mind, we brought in a diverse group of people, including designers, architects and writers, to independently generate ideas for Internet of Things objects that we thought could be valuable." One of those ideas was for a smart alarm for heavy sleepers, and so the Hyperalarm project was born. 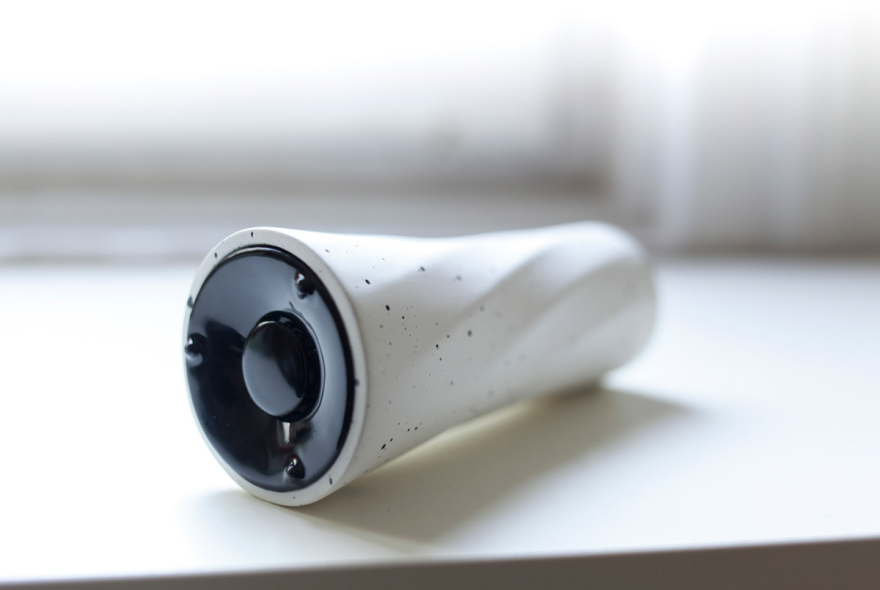 Connecting via Bluetooth Low Energy technology, Hyperalarm works with both Android and iPhone devices through the Hyperalarm app, which allows user to set the distance required for deactivation—anywhere from 0 to 20 meters—as well as the time. (The company also promises that a smartwatch app is on the horizon.) Equipped with an accelerometer and series of microprocessors, the alarm can detect how far it's been moved from the synced smartphone, forcing its slumbering user out of bed and, hopefully, to the next room and onto the rest of his or her day. "We've read lots of studies about how the two most important factors to waking up are light and motion, so the idea is that by making you get up and moving—ideally into a room more well-lit than your bedroom—Hyperalarm can help even the heaviest sleeper wake up," Cuervas-Mons says. A "zero distance" setting is also included for when getting out of bed might be inconvenient, such as if a guest is staying at your home or you have other barriers to movement.

Cuervas-Mons promises that, when activated, Hyperalarm is "impossible to ignore." Pre-programmed with an arrangement of high frequencies, Hyperalarm emits several interwoven pitches to prevent your brain from becoming familiar with any one in particular. On the Hyperalarm team is a musician and sound designer, who helped select the frequencies included in the final model. "Though the frequencies have to be above a certain threshold in order to effectively wake up the human brain, the composition and arrangement of different tones was his creation," Cuervas-Mons explains  "Creating a sound that is jarring enough to wake up a heavy sleeper but pleasant enough so that you don't throw the Hyperalarm out the window is quite a difficult balance to achieve." Cuervas-Mons says that the sound designer will continue developing new sounds and tonal variations to be included with each software update.

"The two most important factors to waking up are light and motion, so the idea is that by making you get up and moving—ideally into a room more well-lit than your bedroom—Hyperalarm can help even the heaviest sleeper wake up."

Under its ABS and polyethylene exterior, the device features a few of Atmel's atmega32U4 microprocessors, an LED indicator, an accelerometer, a high-quality sound speaker and a lithium-ion polymer battery. "One of the biggest challenges was fitting all of the electronics inside the body," Cuervas-Mons says. "It was important to us to keep the Hyperalarm small and light enough to be picked up with one hand, since we didn't want it to be a cumbersome part of the morning routine."

The alarm comes in sunrise yellow or dappled white. Although it's plastic, Think Big Factory had a local Madrid artist hand-paint several models to give them an added texture. The twisting, cylindrical form itself was inspired by the idea of waves—specifically, brain waves and sound waves. Eventually the team settled on a design that, Cuervas-Mons says, "unified form and function in a way that preserved the 'wave' lines but also worked comfortably with the contour of the human hand." 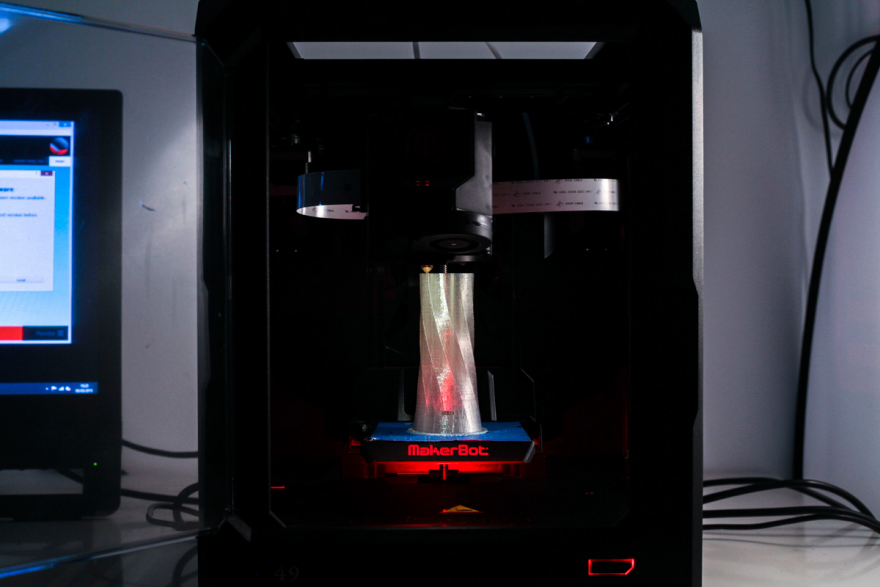 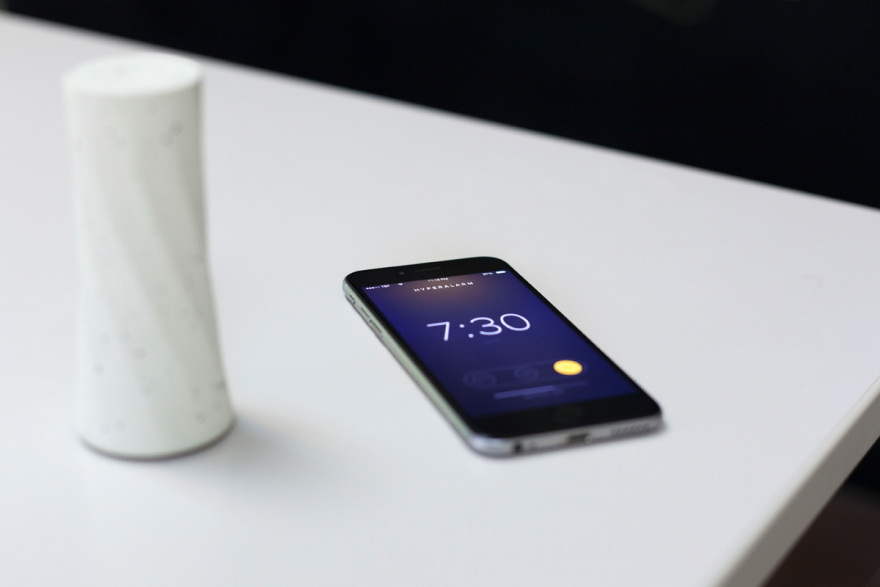 The lithium-ion polymer battery gives Hyperalarm 20 days of power, and the smartphone app will deliver a pop-up notification if your Hyperalarm doesn't have enough juice to make it through the night, "thereby eliminating the possibility of your Hyperalarm failing you while you're asleep," Cuervas-Mons says.

After a few rounds of prototyping, Cuervas-Mons and his team felt confident enough to bring the product to Indiegogo to raise funds for the tooling necessary for mass production. While it might undergo a few last-minute tweaks, the design has been finalized and the team has already locked down factories for manufacturing. But with less than a month left in its campaign, Hyperalarm has only raised two percent of its 210,000 euro goal—something the team might be losing a bit of sleep over.