Combing your Zen garden with a rake is so 15th Century. So inventor Bruce Shapiro's Sisyphus machine ditches the rake and uses steel balls, untouched by human hands and seemingly moving on their own, to carve the sand.

The balls aren't moving on their own, of course. As for how he did it, we can only theorize by studying the photograph below. It seems to us that motion-control pioneer Shapiro has rigged up the underside of the table with a clever propellor-like arm that expands and contracts along its axis. By rotating, it can gain a full 360-sweep beneath the table's surface. Unseen magnets embedded within the arm, on either side of the centerpoint, presumably control the dual balls' motion. Once Shapiro's designed his patterns, his programming and stepper motors take care of the rest.

However he's managed it, you've gotta love the machine's name. "For the crime of cheating death," the inventor writes, "Sisyphus must push his boulder up the mountain only to have it roll back down each day. For all eternity." 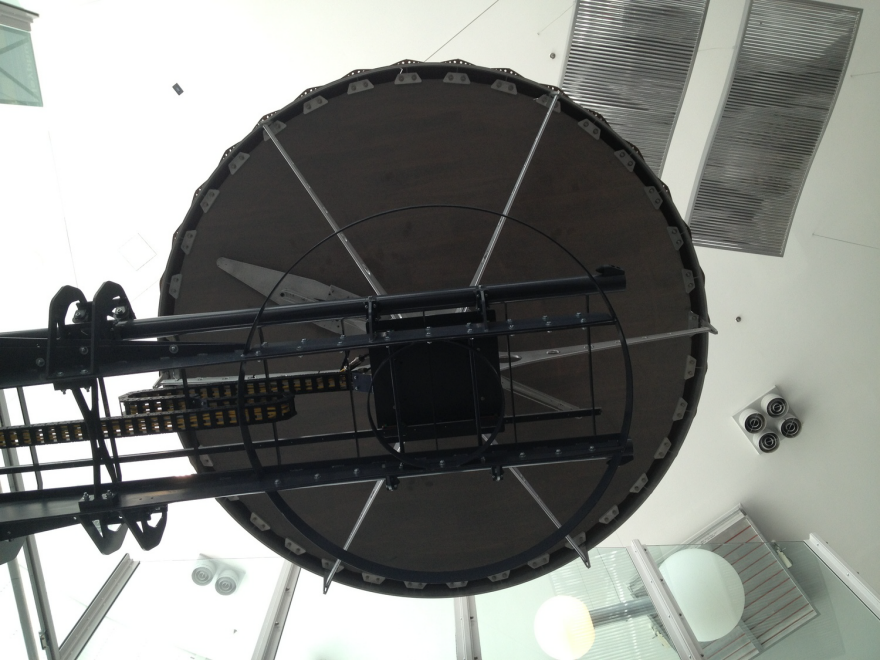 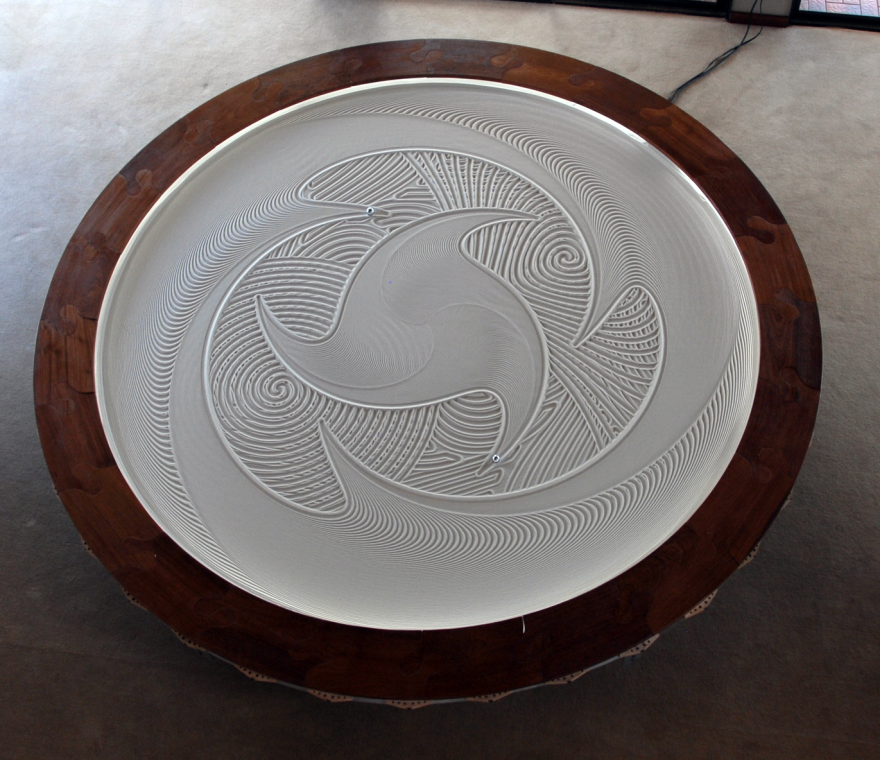 The reason we think it's two magnets traveling along the single arm that pivots on the center, is because of the following video, shot at regular speed. If you watch the positions of the balls, they always seem to travel in-line with each other and the centerpoint, regardless of the line they're carving:

Sisyphus from Bruce Shapiro on Vimeo.

Shapiro's currently working on a smaller (roughly the size of a café table) version of the Sisyphus that it appears he may be preparing to sell. If you want to get onto the email notification list for it, click here.