At 16 years of age, Colin Furze dropped out of school and became a plumber. But he was always tinkering and creating inventions on the side. By his mid-20s YouTube had come along, and Furze—who is capable of creating spectacular contraptions despite not even having a high school diploma, let alone any engineering training—found a place to display his creations.

The Furze Invention Show is not like many other YouTube channels, in that it's based on not just inventions, but a "constant disregard to health and safety." Furze has created things like a jet-powered go kart: 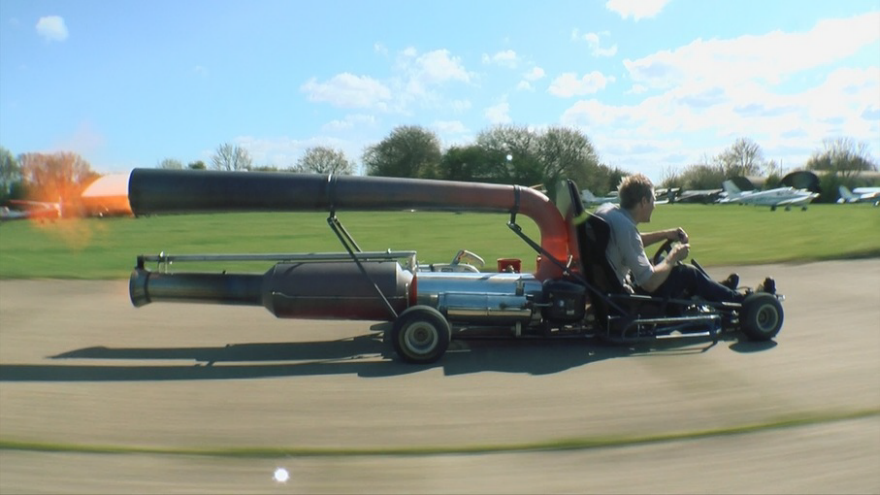 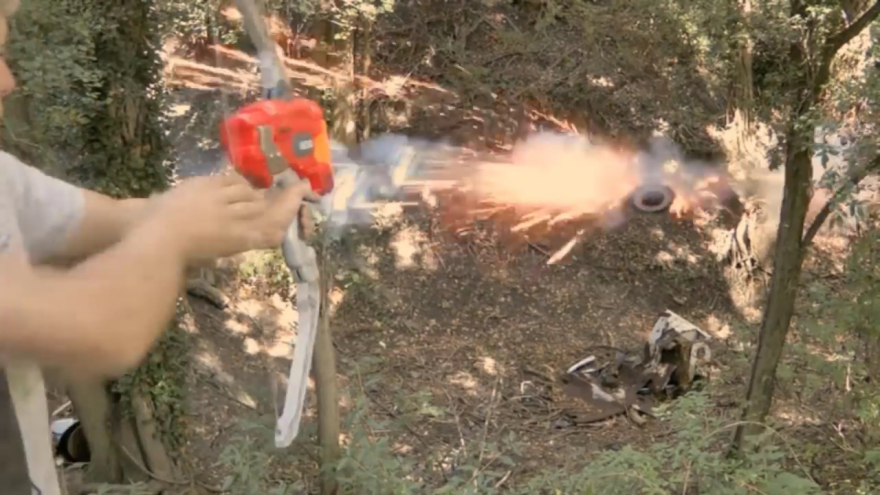 Oh, and he's turned a scooter into a flamethrower. 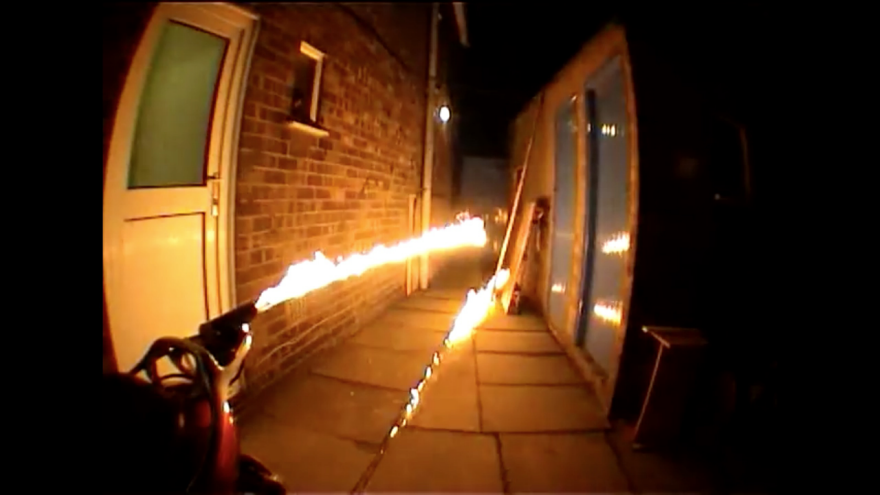 Furze has got to be the only plumber/YouTube star that stands a chance of being targeted for recruitment by ISIS. He's Britain's Tony Stark, absent the formal training, inherited wealth and fancy degrees.

To celebrate his recent milestone of reaching 1,000,000 subscribers, Furze posted a special video, this one light on the invention, but heavy on the spectacle. He loaded the back of a truck up with 300 rockets, and fired them all off at once:

It's safe to assume that the ballsy Furze was playing around with dangerous inventions from a young age. "When I lived at me parents," he writes, "my dad would not let me in the big shed we had there and it wasn't until he died that I could really make stuff properly. It was quite mad as I had to do everything in my bedroom—at one point I even had a lathe in there, which I bought of eBay for £70, and it was the oldest mucky thing ever which resulted in oil being sprayed up the wall.

"So if you have kids," he finishes, "for God's sake let them in the shed, or at least help them."