This year, power tool manufacturer Festool celebrates their 90th anniversary. In this series we'll walk you through what we observed on our visit to Festool's headquarters and facilities in Germany during their recent weeklong media event.

The company produces an impressive range of power tools renowned for a focus on clever design and engineering, and we were happy to look behind the green curtain to see what sets them apart.

Imagine that you're a craftsman in 1925, and you hear someone has invented a special power tool that greatly simplifies one of your operations. It's pricey, but if the tool does what they say it will, it'll save you tons of time—and thus money—in the long run. 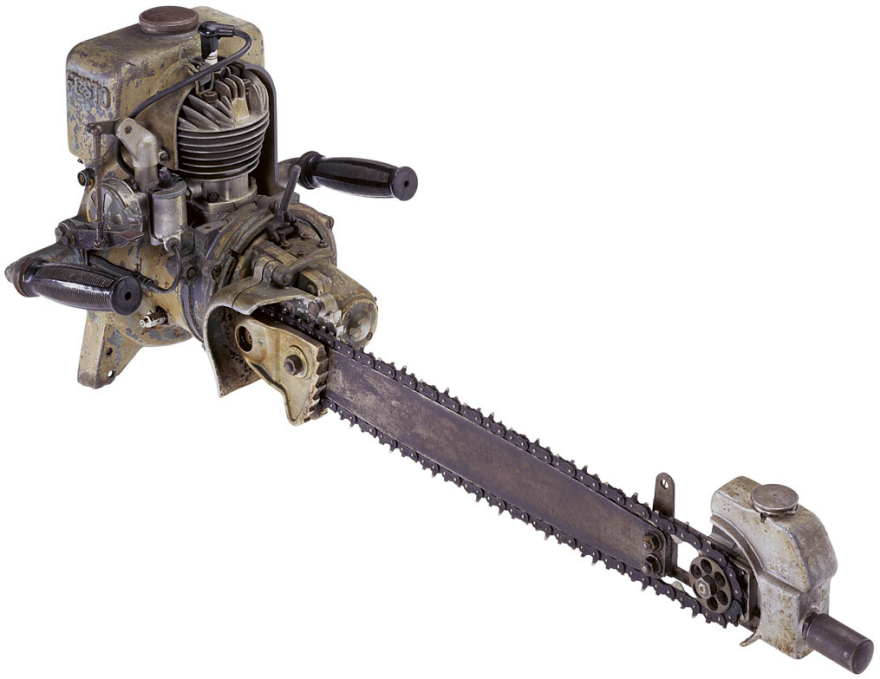 So you travel to the factory, as there's no other way to order one. Once you arrive, they quiz you to suss out whether you're really a craftsman, because these tools are only made for craftsmen. That done, you put your money down and your name is added to the bottom of the list nailed to the factory wall. Several weeks later, you return and pick up your newly-built tool. It was worth the hassle because this is your livelihood, and the tool is going to make your operation a lot more efficient.

Today the process for buying power tools is much different: We can walk into any big-box store and pick up whatever we need immediately. But the Wal-Mart-ization of modern commerce has had a negative effect on the quality of the tools. The retailers set cutthroat price points, forcing manufacturers to shave their own costs by taking it out of the tool; housings get thinner, tolerances go down, plastic replaces metal. The consumer gets an affordable tool—but one where the durability, precision and longevity have been squeezed out of it by the relentless number-crunching. 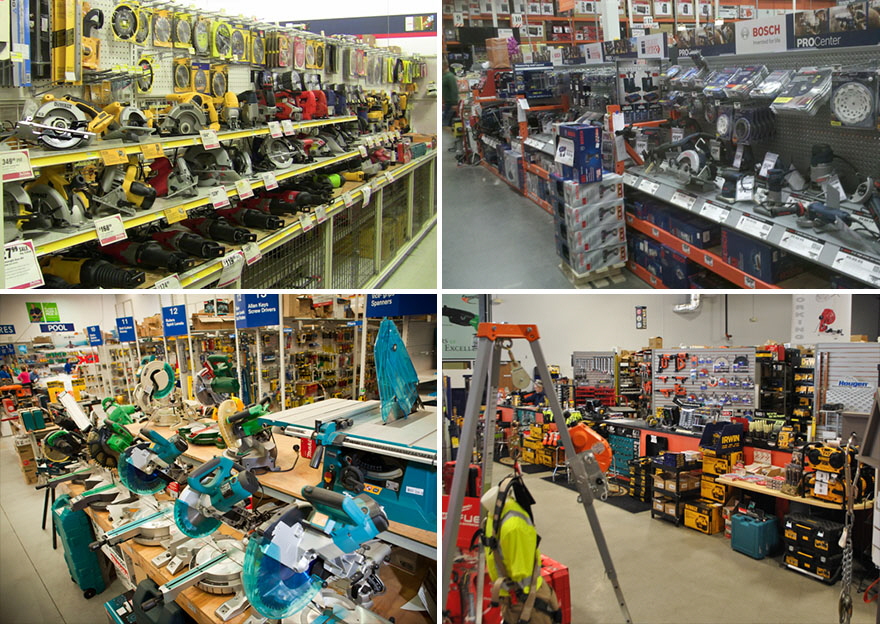 Festool has not gone down this route. Instead the company makes durable, innovative and high-quality power tools with the end user in mind, not the mass-market sales contract. This provides them the freedom to pursue product designs that satisfy their own criteria first. "We build to quality standards, not a price point," says Steve Rangoussis, Festool USA's Chief Sales & Marketing Officer. "There's something to be said about pride of craftsmanship, and our craft is making the best tools [we can]." 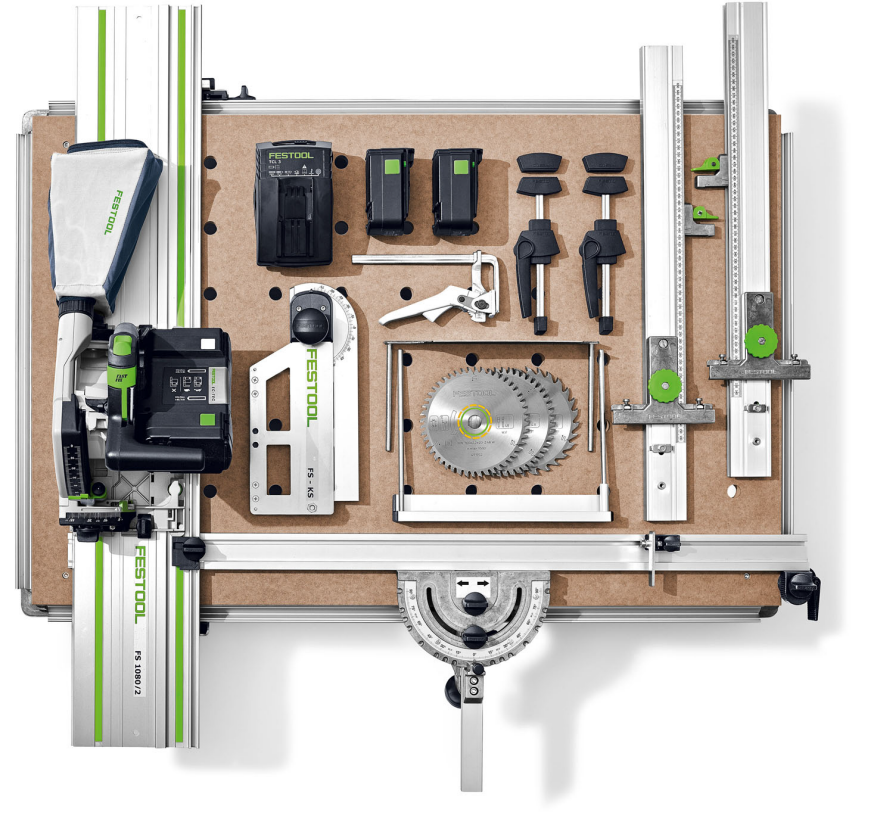 The buying process described in the first two paragraphs of this article was Festool's—or more precisely, Festo's—back in the 1920s, when Albert Fezer and Gottlieb Stoll started an innovative tool company titled from a combination of their surnames. Ninety years later the company name has gotten a bit longer, and the buying process considerably shorter; modern-day distribution networks mean customers on five continents can quickly get what Festool products they need. And if you were to look at a global map of their distributors over the past decade and a half, you'd see more and more of them winking into existence in that little country north of Mexico.

On the Rise in America

"We can see the U.S. market for us is growing very fast," says Ole Held. And you don't need to be the CEO of Festool USA (as Held is) to see it: Even casual American TV or YouTube watchers cannot have failed to notice, amongst the current crop of renovation/homebuilding/DIY shows and YouTube channels, Festool's iconic-looking tools appearing more and more frequently in more people's shops, perched in the background or being wielded in the foreground. And social media denizens will notice Festool USA's Facebook page "likes" bearing down on six figures. 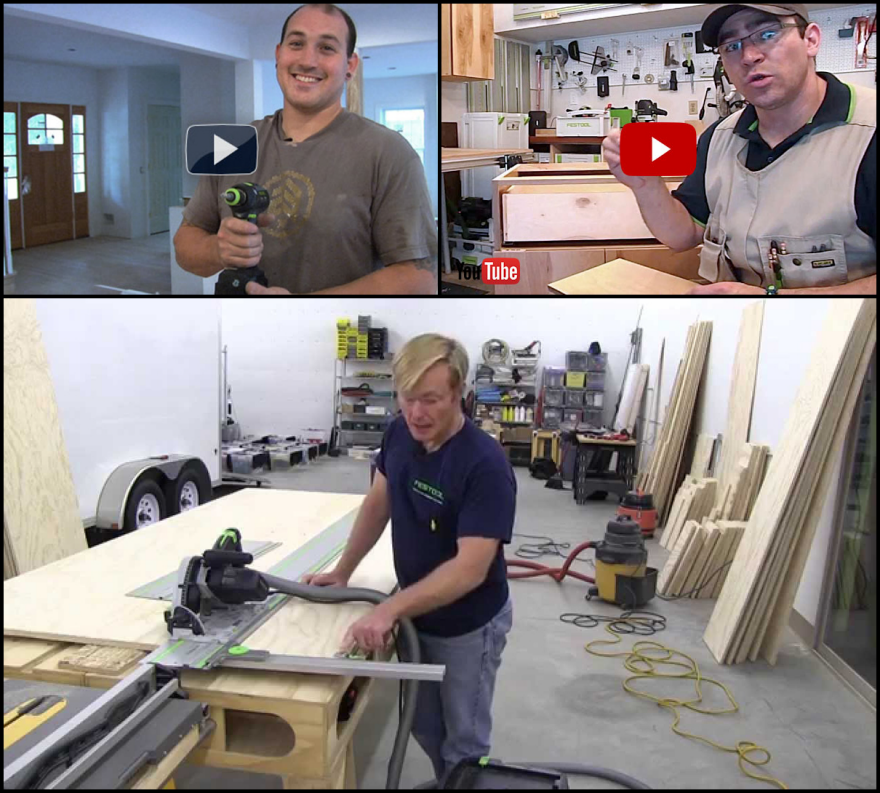 But while the bright green lettering of the Festool logo makes the tools stand out on-screen—amidst the wash of DeWalt yellow, Milwaukee red and Makita blue—that's not what differentiates them in actual usage. Or at the cash register. Festool has a reputation for producing expensive tools that provide benefits the other brands either lack or end up chasing down. Superior dust collection, clever ergonomics, precision adjustability, unique time- and labor-saving features, a system-based approach to design, and even careful consideration of the tools' Systainer carrying cases, all speak of a design attention lavished on their products that you simply don't see from most manufacturers these days. 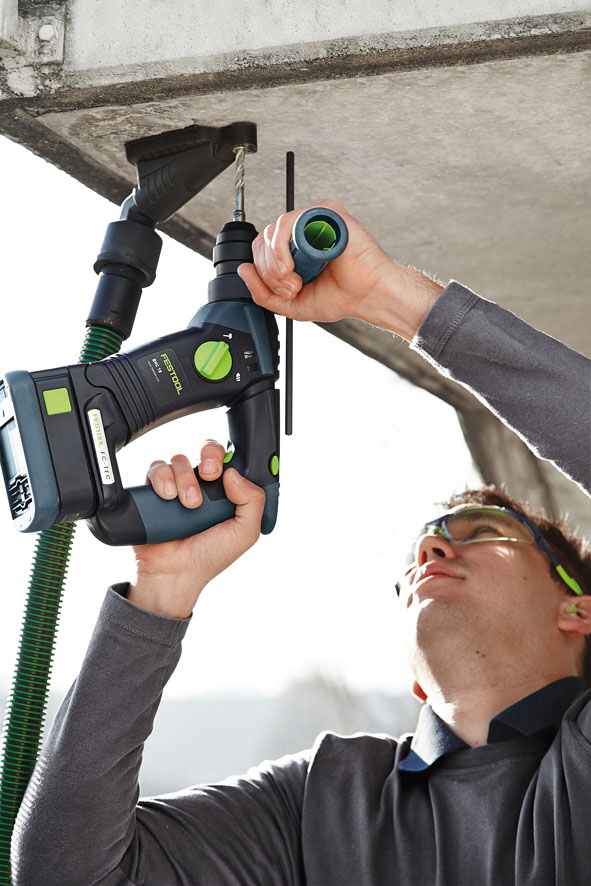 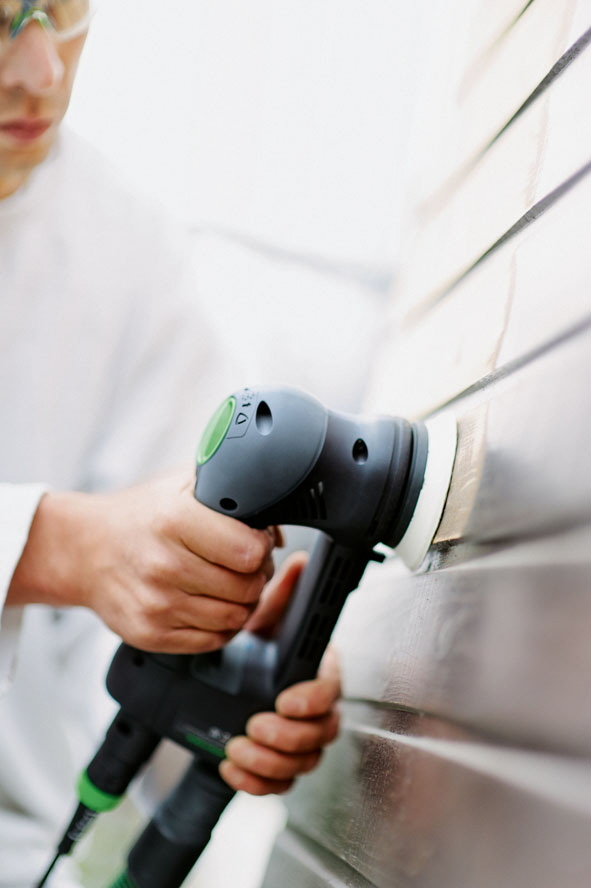 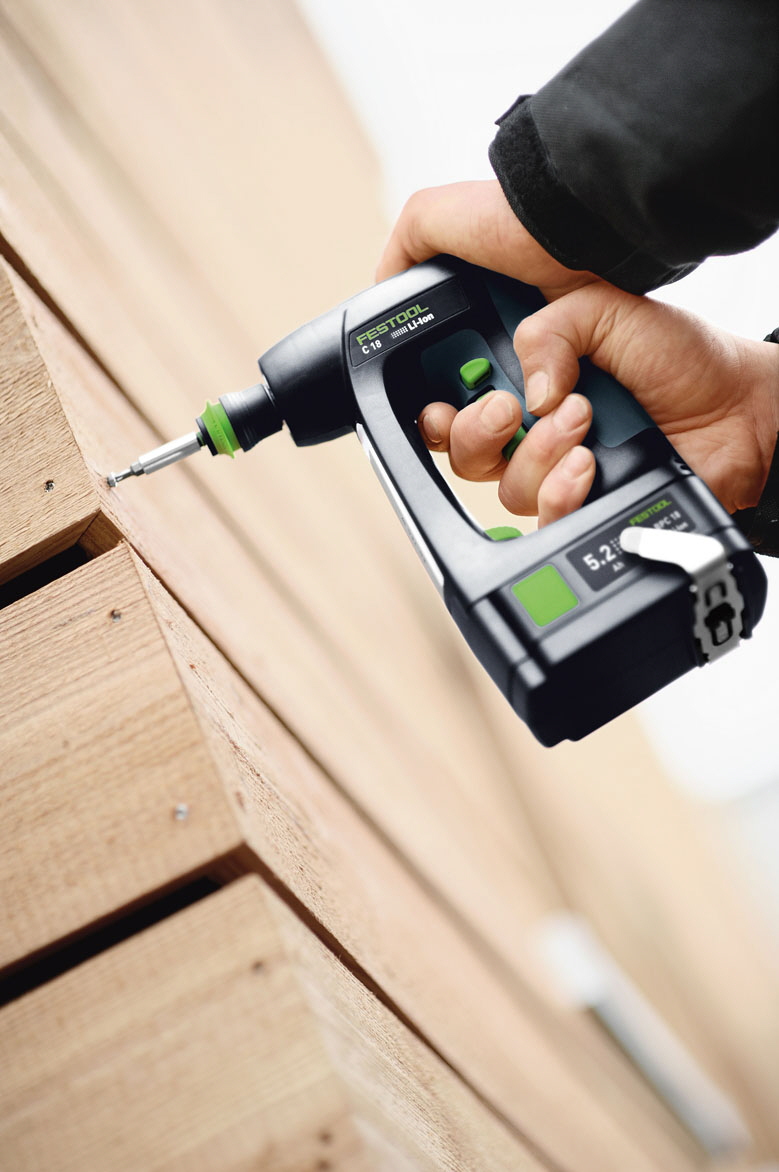 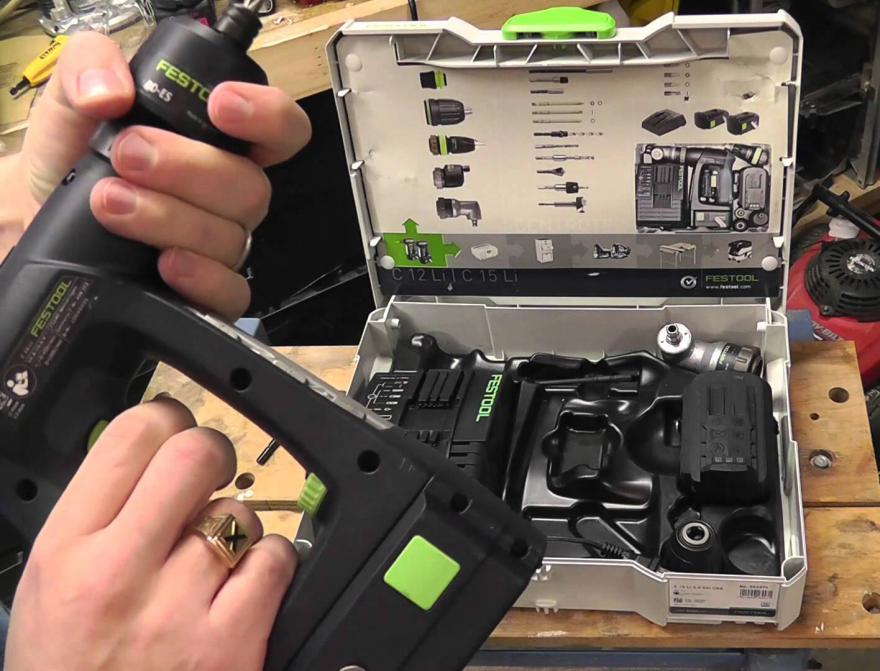 These features, coupled with what we witnessed at Festool's facilities in Germany (which we'll explain in this series of articles), are undoubtedly where the high prices come from. And surprisingly in America, where low prices are king, Festool's approach—high design, high cost, no compromises—is working, amidst a field of competitors with much lower prices. It appears that in an era of disposability, certain American customers are happy to pay more for an intelligently-designed tool that is built to last. 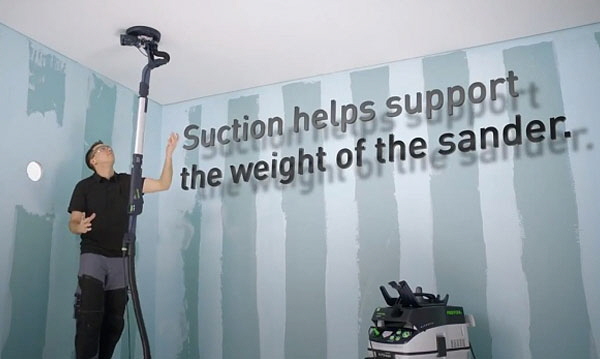 But there's more to Festool's American market gains than just increased sales. In the fifteen years since they first made inroads here, the company's products have spawned the type of fanaticism that is the envy of any brand, whether one producing sneakers, smartphones or kitchen appliances. Festool's trade show booths are just as jam-packed at JLC Live in Providence as they were at Holz-Handwerk in Germany. Online tool forums are filled with Festoolians who gleefully refer to themselves as having "drank the green Kool-Aid." Buying one Festool product, they'll readily attest, soon leads to buying another. And another. 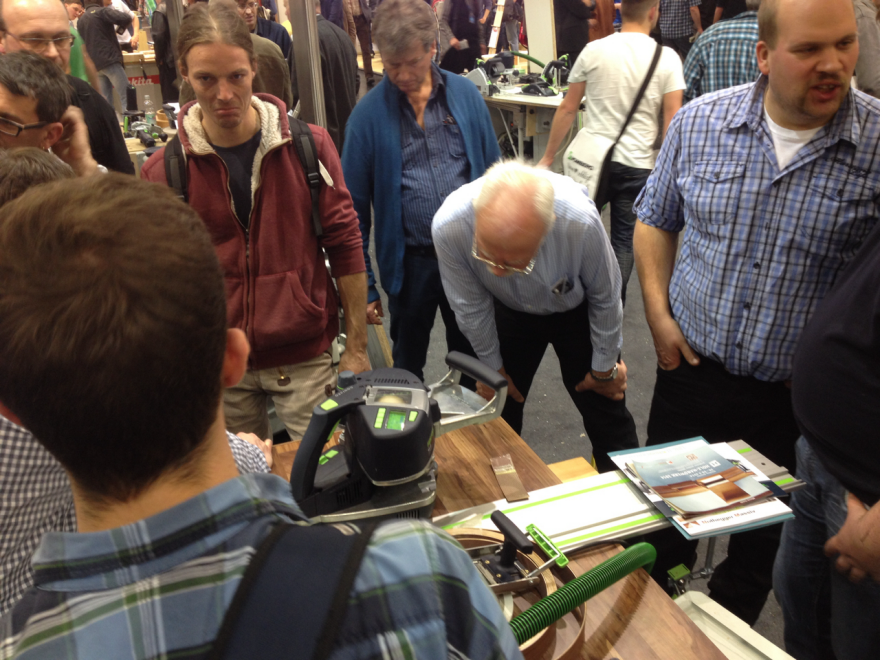 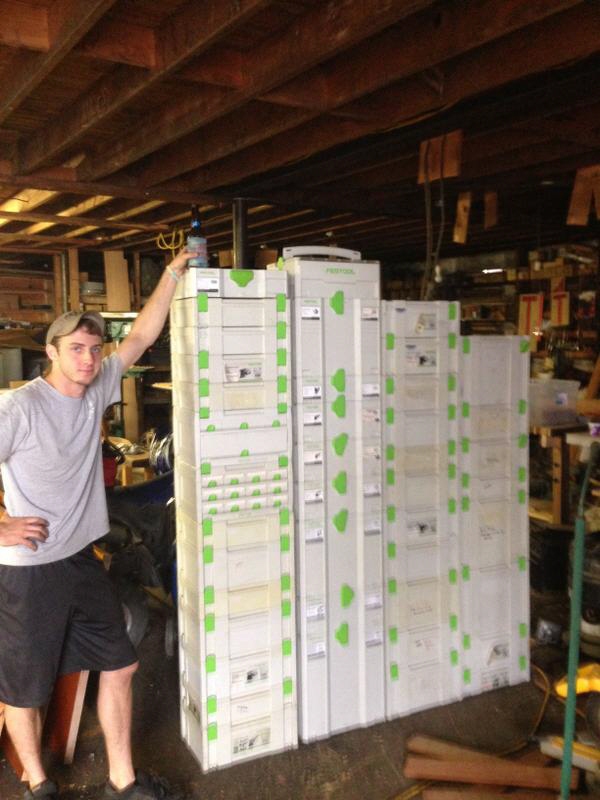 On some level, the cynic in you has to believe it's just hype; irrational people with too much money trying to justify their expensive purchase(s). But try using a Domino, or one of Festool's track saws or sanders hooked up to one of their dust collectors—don't just read about it, go out and physically try it—and chances are you'll change your tune. Reading the testimonials on the 12,000-member Festool Owners Group online forum, the story is nearly always the same: At first I had a hard time swallowing the price tag. But after seeing the difference the tool made for my business, I wonder why I waited so long.

Among thusly converted craftspeople, that realization has translated into both an urge to share and outright evangelism. It's not that Festool products sell themselves; it's that Festool's end users sell other end users on them. Before dinner on the first night of our trip, Rangoussis shared this anecdote from the early days of his career:

Before I joined Festool, I was an independent manufacturer's representative. I sold a variety of different things, and when there's a wide range within what you sell--some products that are good, some that maybe are not--you feel like you have a target on your back.

But the first [trade show] I worked for Festool, I literally had customers--people who had already purchased Festool products--coming into the booth and talking up the products to other [potential] customers.

I could've just sat back, because these guys were literally selling other people in the booth. The booth was crowded and these guys would go on and on about how great the product is, and how stupid you'd be not to buy it, et cetera….it was amazing. My wife was with me, and seeing the enthusiasm of the customers, turned to me and said "Wow, I wish I worked for a company like that."

What is it that breeds this type of enthusiasm? What does the company get right that others do not? What really, physically, practically sets the tools apart? And perhaps of most interest to our readership, how do they conduct their research, how do they decide what to make, and how does their design process work?

To answers these questions and learn what gets green-lit inside that building above, we need to understand multiple things: The company's history of innovation, its internal thinking, and how their corporate culture itself affects the design of their tools. In any company with long-term thinking, those things influence the finished products coming off of the assembly line in a way that the short-term-thinking companies seem to miss.

We'll also take a look at the design process of one of their latest products, talk to a Festool industrial designer, see some of their recent innovations, and provide some fun facts for the Festool fanatic. Stay tuned as we walk you through what we saw and learned at the Festool mothership in Germany.

Go on to: Part 2 - Festool's History of Power Tool Innovation