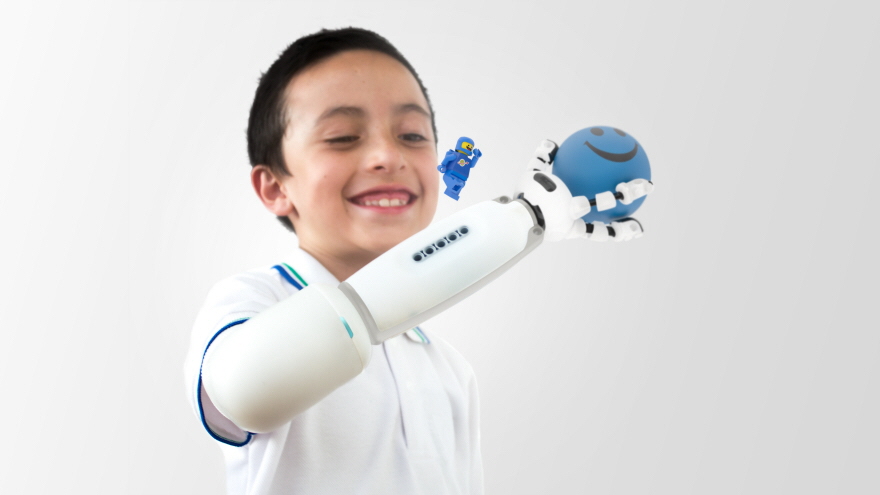 This year, we frequently heard juries remark about how impressive the student entries were. Speculative leaps often take place in the protective environment of school studios and this year we certainly noticed a trend for forward-thinking, risk-taking and brave proposals from our student honorees. Some of the work even surpassed the professional entries in terms of planning, execution, research and informed intent. Here is a sampling of the most impressive Student entries this year. 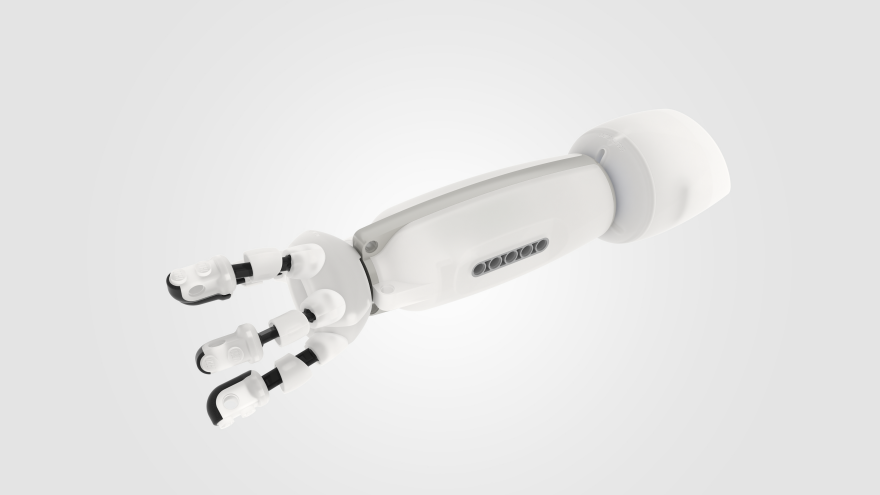 Designer Carlos Arturo Torres was motivated to create his work in order to empower disabled children: "To realize they are indeed special was my first thought when I started the project." 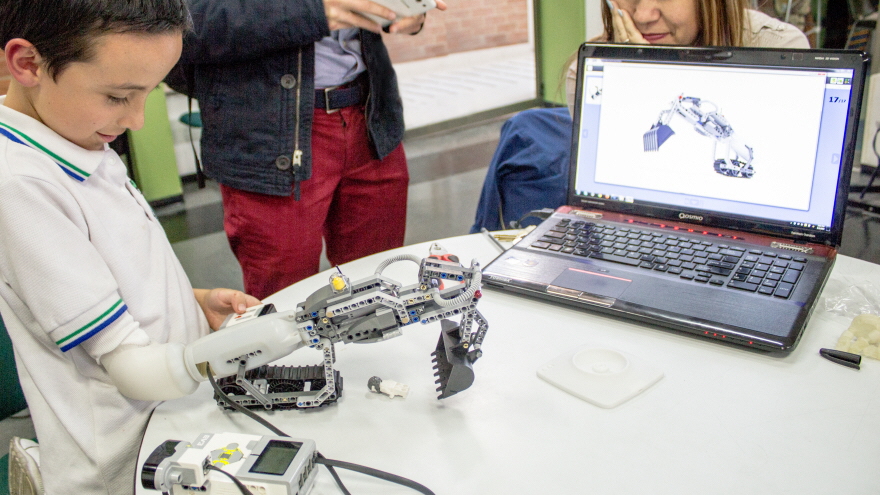 "The needs of a kid in disability are not always related to physical activity but often alternatively the social and psychological aspect; sometimes a functional element is everything they need, but some other times it might be a spaceship, or a doll house, or a telescope, or a video game controller, or a swim fin..." explains Torres.

Designed by Carlos Arturo Torres—who is pursuing an MA in Advanced Product Design at the Umeå Institute of Design—this project proposes an alternative model for children's prosthetics. By empowering children to explore and create personalized prosthetics, the project takes the stance that a missing limb doesn't have to be a disability, but rather an opportunity to play and learn. Jury member Jennifer Turliuk wholeheartedly embraced this positive spin: "In my eyes, this is basically turning kids into superheroes!" Such a personal use of technology at a young age has clear educational potential. As jury member Mark Argo noted, " I think a prosthetic is a design object that is almost as personal as you can get. What they've done is found a way to also make it really fun. How can we take this object that you need to wear for mobility's sake and turn it into an inclusive experience where you can invite your friends over to kind of help you craft some new robo appendage."

One of the most remarkable aspects of the project is the dedication to take the work from initial idea all the way to proof of concept. The team received guidance throughout the process from their sponsors, CIREC and LEGO Future Lab, and also travelled to Colombia to work collaboratively with two children (Dario is pictured above) and their families on prototypes in order to fully flesh out the potential in this new approach to prosthetics. 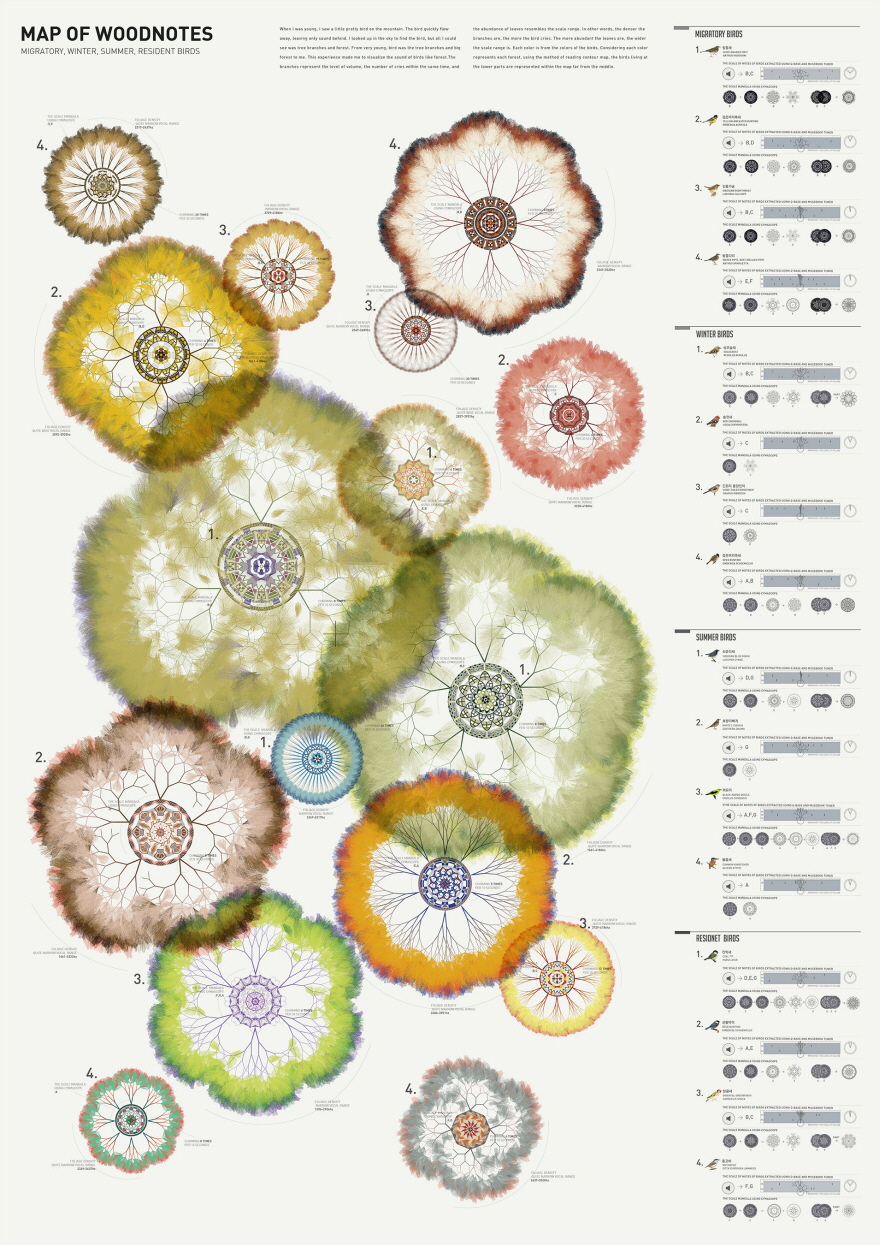 "With the machine called 'Cymascope,' sound can be transformed into an image and I was able to find out the sound of each scale...Using this, I have made the center mandala, and for those with more than two scales, I have combined the mandala of each scale. With the mandala in the middle, the number of the first branch represents the frequency of the bird crying. I have checked the scale range with Musebook tuner, and captured the sound once again with Cubase. I designed the image to have more, bigger branches and leaves as the range gets bigger," explains Sukgo of her process behind this work.

Sukgo's Chirming project has deeply personal roots: "When I was young, I saw a little pretty bird on the mountain. The bird quickly flew away, leaving only sound behind. I looked up in the sky to find the bird, but all I could see was tree branches and forest...At this young age, the bird was the tree branches and big forest to me. This experience led me to visualize the sound of birds like the forest." From here, Sukgo developed a method for translating the frequency of bird calls into mandala-inspired branch structures. Our judges were struck by the beautiful results, but ultimately it was the synthesis of concept that made this a clear winner, "almost as good, or even better than, some of the professional level awards," as jury Captain Astrid Stavro noted. It was not only "beautiful aesthetically, but also had that underpinning, so the form and the function and the research and intent was very well executed," remarked jury member Teal Triggs. 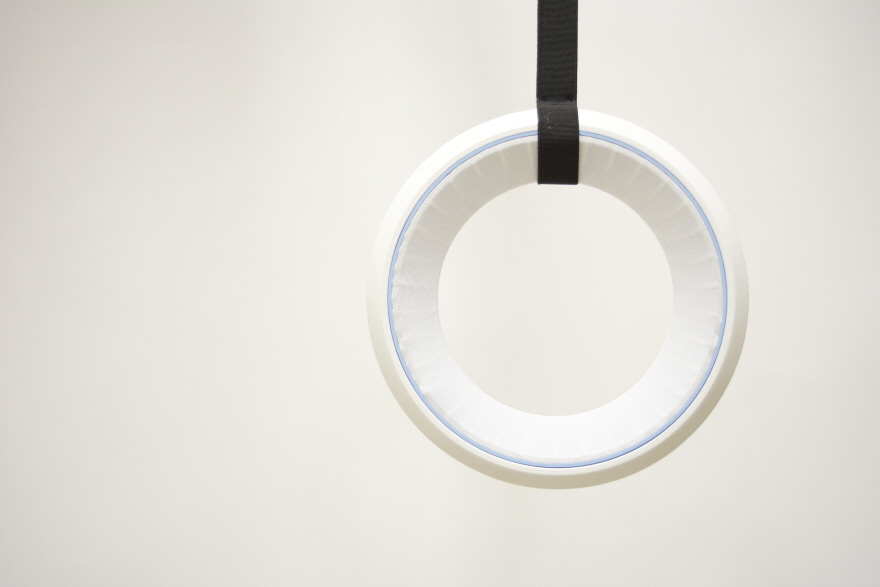 The sleek ANNA uses simple light movement and sounds to communicate with the user, making it easy to use and understand regardless of age or language capacity. 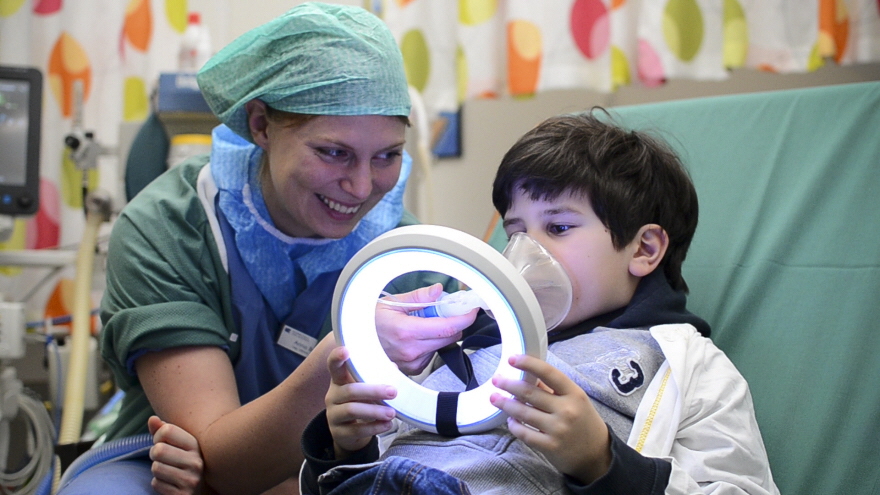 "Although ANNA is a small part of the anesthesia process, it improves user experience in many levels. For kids it helps them go through a scary procedure in a fun and engaging way. Not being afraid is important, as in the long run it helps to associate hospitals with something good rather than scary. Parents can be ensured that their kids are in good hands as the doctors finally can be fully focused on their main duties," explains the design team composed of four students from Umeå Institute of Design.

The result of a collaboration between the MA Interaction Design and MA Advanced Product Design programs at Umeå Institute of Design, ANNA explores light and sound as problem solving tools in healthcare, through the specific case study of general anesthesia for children. "General anesthesia is a serious procedure. It requires the staff to be professional and the parents to be brave. Unfortunately, the child is required to be both," explains the design team composed of Janis Beinerts, Lars Sundelin, Trieuvy Luu and Sebastian Aumer. Though doctors use various means of distraction when trying to sedate children, the unfriendly mechanics of the process more often than not instill a sense of panic in children and drag out the process even longer.

The team conducted research at the University Hospital of Umeå and developed a product that will build upon the existing procedures implemented by doctors. ANNA is the first dedicated breathing assistant and it works by helping the user adopt optimal breathing patterns in response to the light and sounds it emits. "It is beneficial, as it not only calms the user down but also speeds up the sedation process. With ANNA, the user can prepare for the procedure by practicing breathing before the operation at home or in the preparation room. This way, they become familiar with the mask breathing technique and will therefore not be unpleasantly surprised when the actual sedation procedure begins," explains the team in their proposal. The simple design and inclusive problem-solving appealed to the judges. "We really liked this project because of the emotional impact that comes from a well-designed design and technical implementation, and that it actually considers all actors involved in the system, from the doctors to the patients and parents," said jury member Ian Spalter. 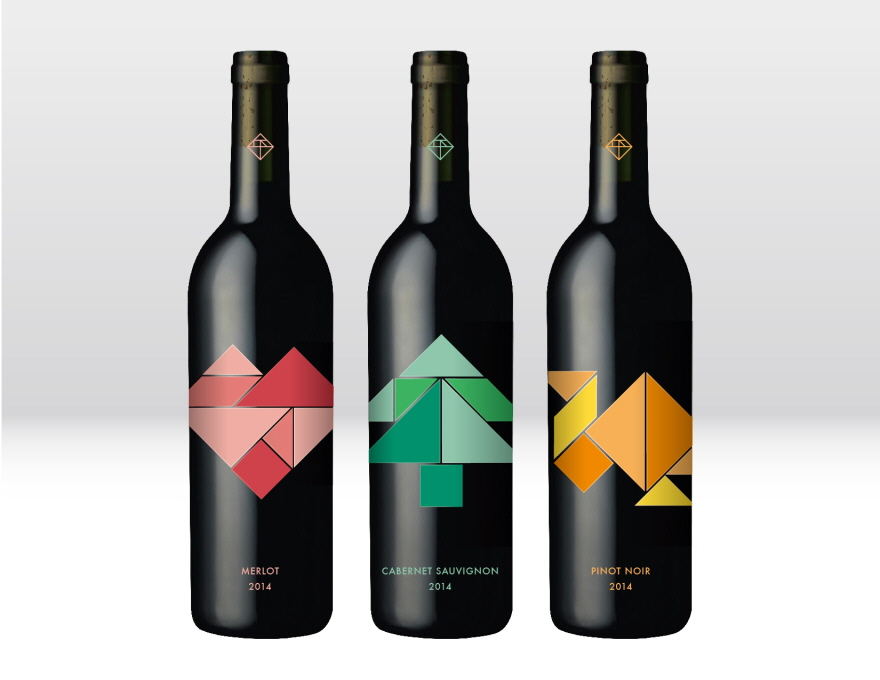 This flexible packaging design uses vinyl stickers inspired by tangrams, transforming the wine bottle into a blank canvas that invites users to create their own labels. 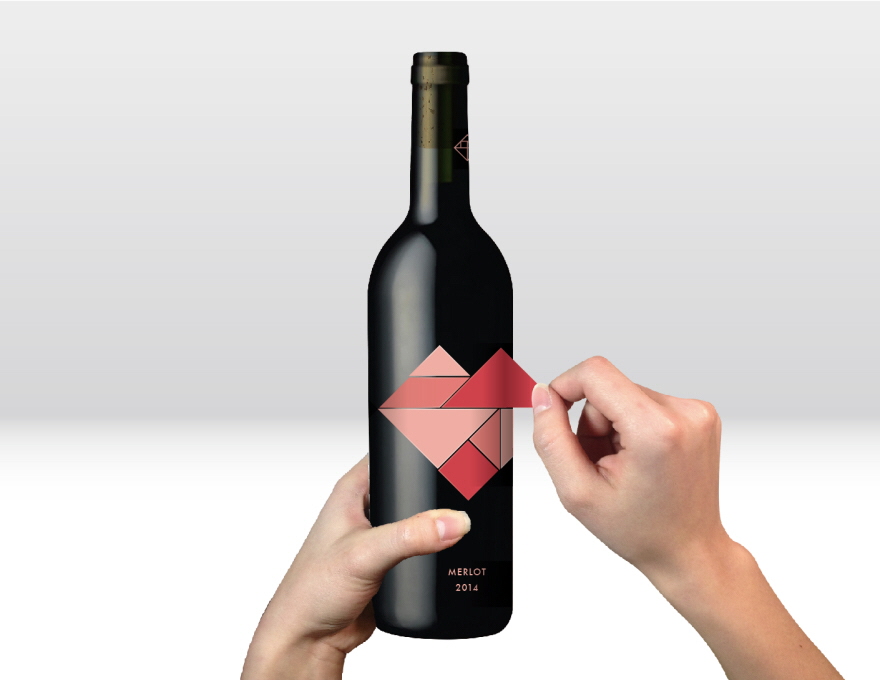 Each label comes with seven pieces that can be arranged in unlimited compositions depending on the occasion.

The graphic design of Festivine Wine—designed by Hsiao-Han Chen of Pratt University—stood out for its uniquely interactive packaging system. Each bottle comes with a set of seven tangram pieces in an array of colors which can be composed (and re-composed) by users to create any shape they want. "Festivine was a delightful, easy, light and beautiful product. It really encapsulated the idea of a gift...the packaging is not just something that comes around the product, but something that interacts with the product," said jury member Ayush Kasliwal. 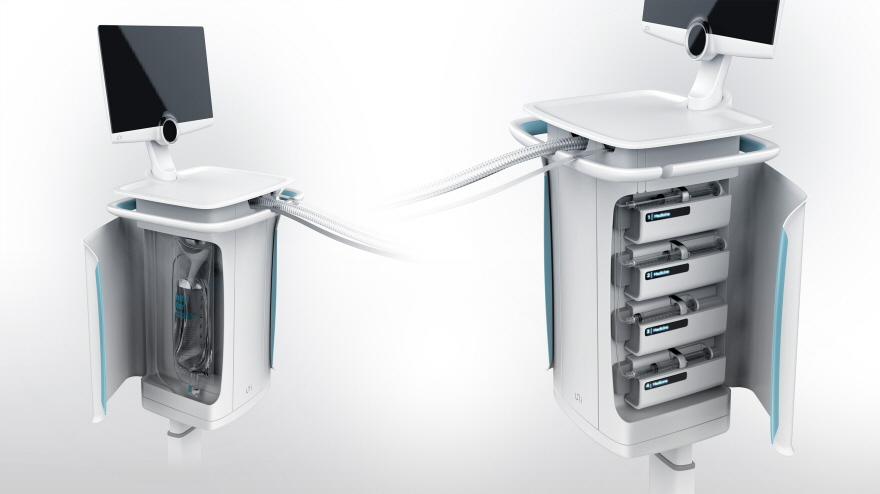 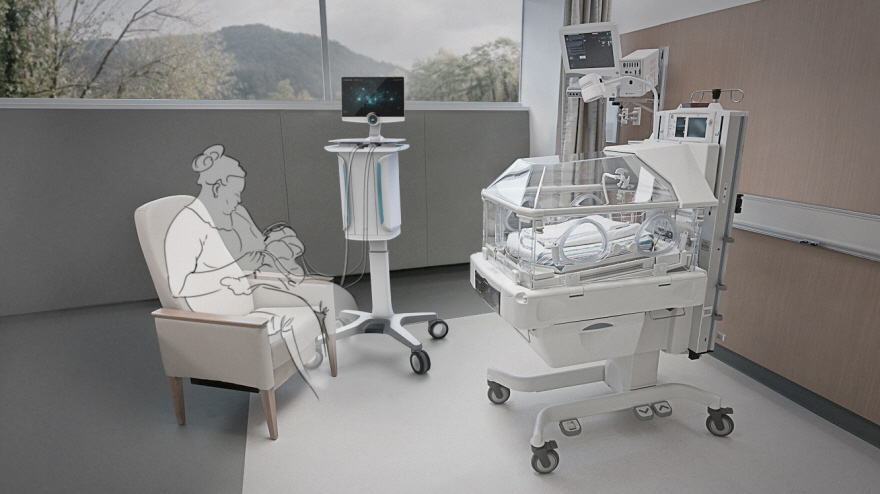 "With the UNI system we save space in the room, where there's are usually around 4 infants. So, from a room with 4 incubators along with 16-20 freestanding machines, we now have 4 incubators and 4 UNI Systems," explain designers Cindy Sjöblom & Alexander Turesson.

Because of the high number of hoses and cables typical in neonatal equipment, the mobility and management of this equipment is drastically impaired. The UNI system seeks to simplify the equipment used in Neonatal Intensive Care Units, for a calmer and tidier environment so that premature babies can have the full attention of their caretakers. "There's fantastic detailing and problem solving. We loved the way the components were organized in the top deck and that the top deck transformed into a working tray. Extraordinary resolution on details, the cabinetry work...thinking about how it can be made was beyond student work, quite honestly," said jury Captain Dan Harden. The jury was impressed to see thoughtful details throughout the product. "No one part of it was status quo. Everything was thought of like, 'Ok, this is not just a straight line or an edge. How do I make more of it and how do I make it unified?'" noted jury member Sam Lucente. "Little details like when the cabinet doors close there's just a thin blue band, making it look friendly and gentle which is very appropriate for a neonatal ward especially," echoed Harden.

If you're as impressed by these designs as the juries were, show your appreciation by voting for them to win the very first Community Choice Award. Voting is open until June 22nd!