Core77 Visits Festool, Part 3: The Thinking that Drives the Company

Festool develops products by starting at the end, with what comes out of a customer's mouth

When a company has the right type of ethos, their designs will stand out. We see this in companies like Apple, Dyson, Festool. 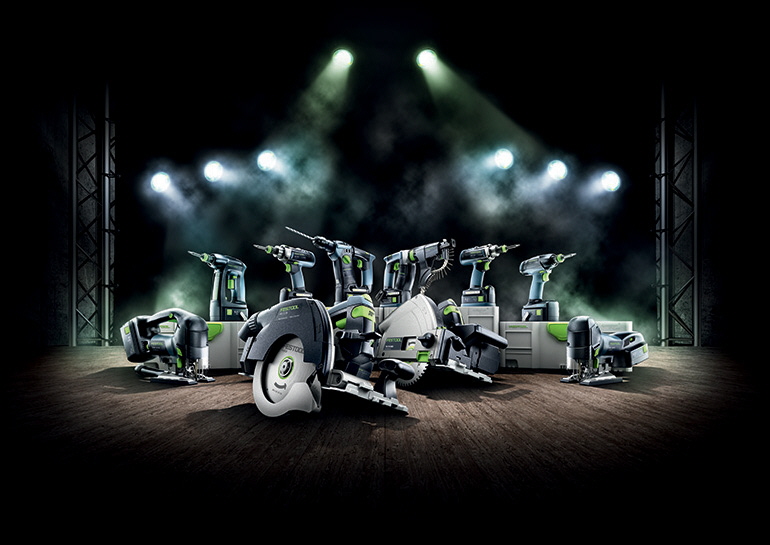 In the power tool world, Festool's products are different from others' because the company's very thinking is different from others'. All companies that produce and sell their own power tools employ designers and engineers, marketers and salespeople; talent can be purchased. What can't be purchased is the deeply-embedded thinking that marshals those talents and guides their decisions.

Editor's Note: Read more about the history of Festool with our tour of the Festool Museum

During our trip to Festool's facilities in Germany, we got to speak with many of the executives in both a formal and informal capacity. Perhaps none is better poised to explain the company's internal thinking than Christian Oltzscher.

"The Next Quarter Doesn't Matter"

As President and CEO of Festool's USA subsidiary for 12 years, Oltzscher (who has since been promoted to CEO of the mothership, Festool GmbH, back in Germany) is well-informed as to what influences Festool's thinking. And the first answer might surprise you, or perhaps appear irrelevant: "We're a family-owned company," he explains.

"You might ask, 'So? What's so interesting or important about being a family-owned company?'" Oltzscher continues. "The biggest difference I see, compared to a publicly traded company, is that the next quarter doesn't really matter to us; the next ten years matter. Something the family asks the board members and managers almost daily is, 'If you make a big decision, are you sure it's going to be good in ten years?' Because for us, the next quarterly report doesn't enter into the picture; it's all about the long-term commitment."

Because Festool's motivation is for the company to endure on a generational basis, rather than a quarterly basis, that fundamentally changes the nature of what they're willing to develop (and what they'll say "no" to, more on that in a future entry). They can tackle intractable design problems on no one's schedule but their own and thus take the time to get it right. 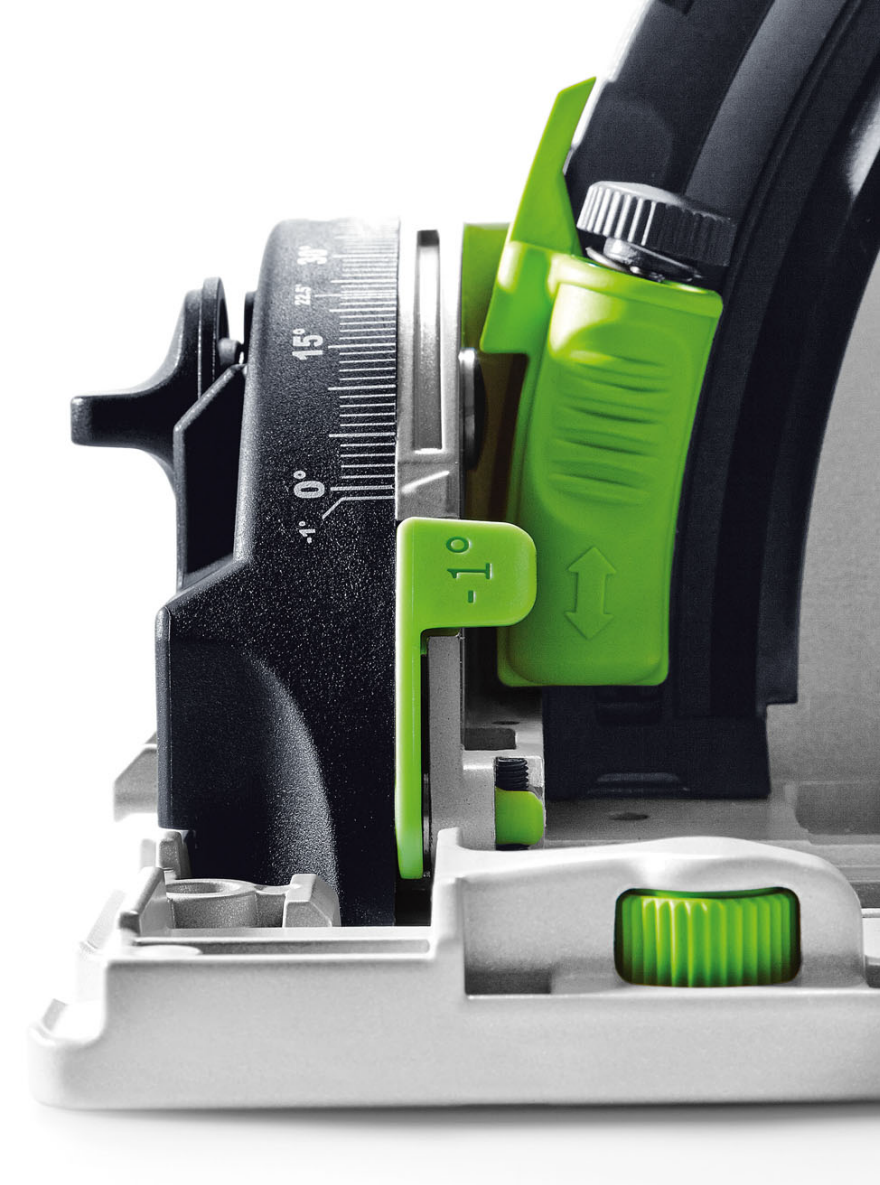 Knowing When to Listen—and When Not to

The family guidance also means the company can buck conventional wisdom, pursuing projects that would undoubtedly be killed by committee at a more conventional organization. Paradoxically, while Festool generates a lot of ideas by working closely with the tradesmen that are their target market, traveling to their workshops and observing first-hand where there are problems that need solving, they're not afraid to devise solutions that can seen anathema to the very people they're trying to sell them to.

Consider the track saw, which Festool invented in 1964, and which is today one of their most successful products; on paper, it flies in the face of the tool mastery that craftsmen pride themselves on. "Imagine our engineers, in the 1960s, thinking about providing a guide rail with a saw," Oltzcher says. "Our salespeople would say, 'I don't dare to go to a cabinet maker who has been in the trade for ten, twenty years and tell him, "I'm going to teach you how to make a straight cut." They're going to laugh at me. Because they know how to make a straight cut, and now we try to teach them how to make a straight cut? It's never going to work.'

"But the family back then insisted on this, and now forty, fifty years later, we know of the success of the track saw. This is one of the big things you have in a family-owned company—they make sure that people think long term." 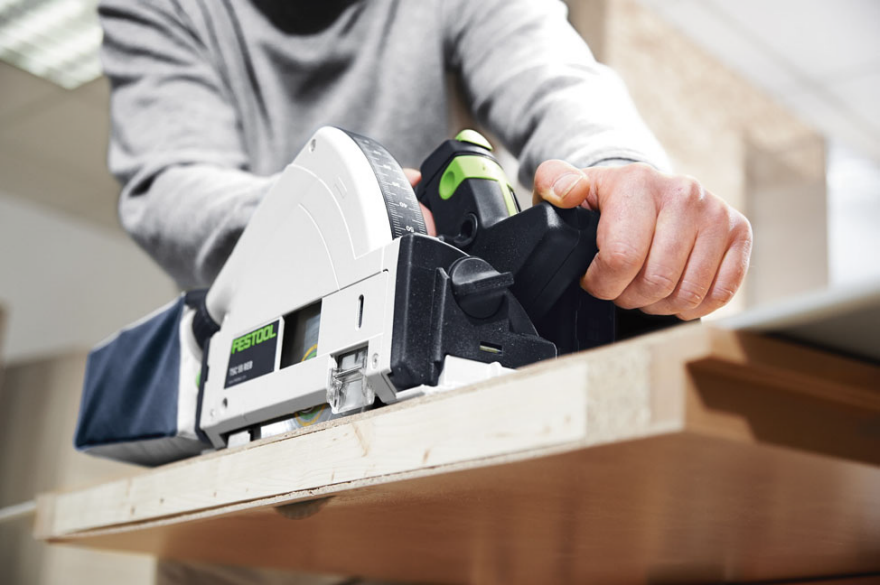 Another Festool initiative that probably seemed crazy at the time, and yet became one of the company's key competitive advantages, is dust collection. "That was something the company was pioneering, realizing that dust might be harmful," Oltzscher explains. "Especially out of car body sanding. [The company learned that] people sanding car bodies were developing health problems. [In 1976] we then developed an eccentric sander with the integrated dust port.

"Again, some people at the company said 'We cannot teach craftsman to put a hose to their tool and extract the dust. Nobody cares.' People didn't believe in dust extraction at all. And again, the family insisted that it was a good idea. Now, of course, dust extraction has become part of Festool's success story. 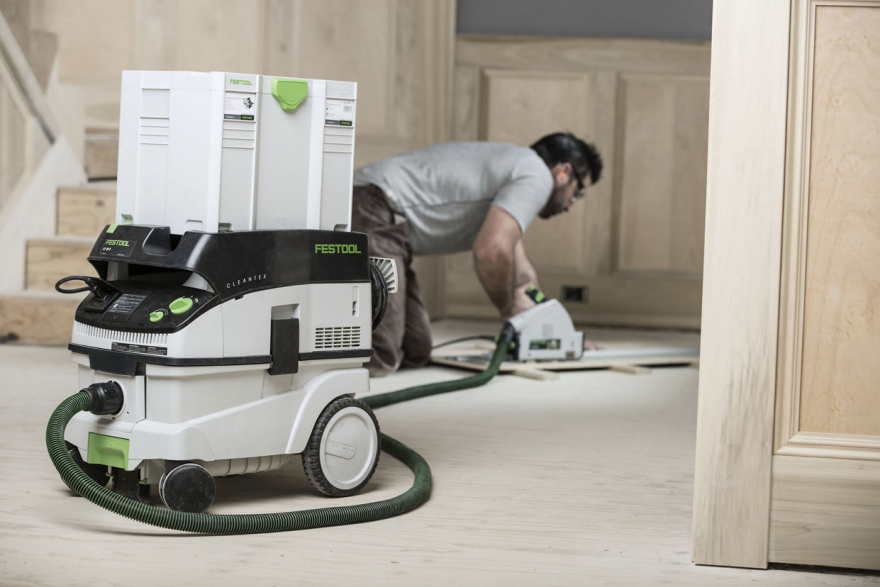 "A lot of products we know today," Oltzscher continues, "probably wouldn't exist without the family backing. Also important to me is to have somebody there—people that have owned this company for ninety years now—next door, day-in, day-out, that you can ask about values and what the company should stand for. There's never an error to be made about what the company wants to be."

Starting at the End

What the company wants to be is codified in five simple phrases. While a lot of companies have mission statements stating what they actively do, in an abstract sense—i.e. "We strive to achieve X," "We improve Y," "We help people accomplish Z"—Festool's approach is slightly different: Their five points are comprised of what, ideally, an end user of their products would say about the brand, without being coached. In Oltzscher's words:

We have thought about what the Festool brand should stand for. And we wrote the brand code in the manner of how we want our customers to talk about us—if you call a cabinet maker or a remodeler at two o'clock in the morning and ask them, "So, what does Festool stand for?" we want them to say certain things. So we thought, "What we have to do to make our customers have [the following] opinions of Festool?" 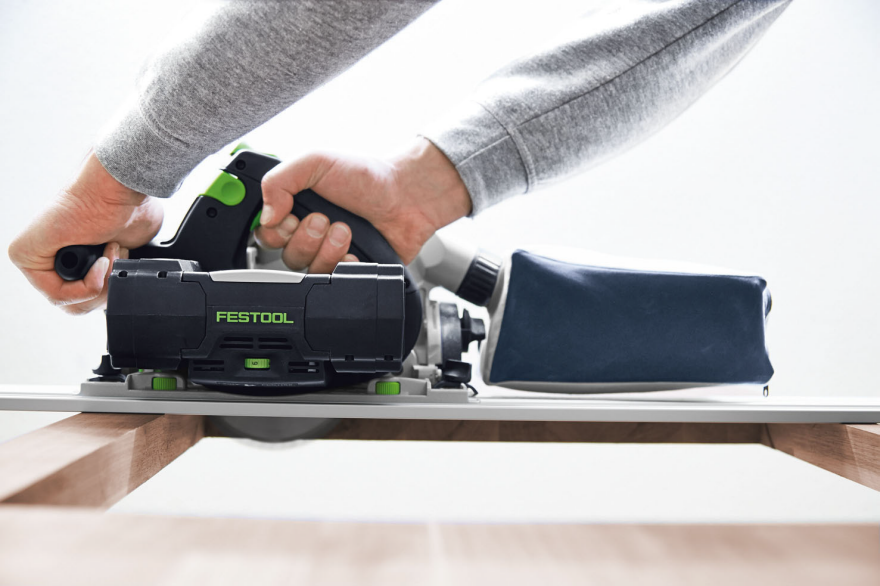 1. "With Festool you really get the best result." Yes, the tools might be more expensive—but at the end of the day, they allowed me to work faster and more efficiently. 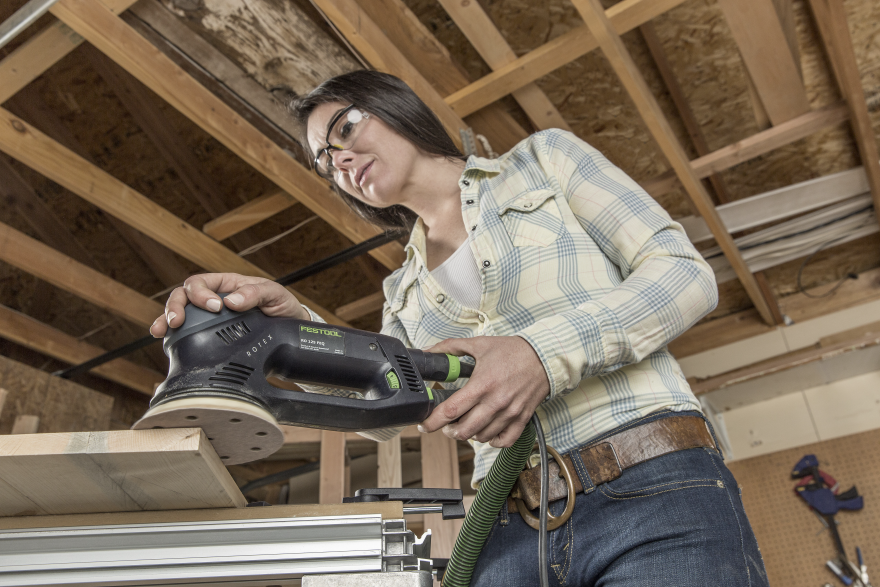 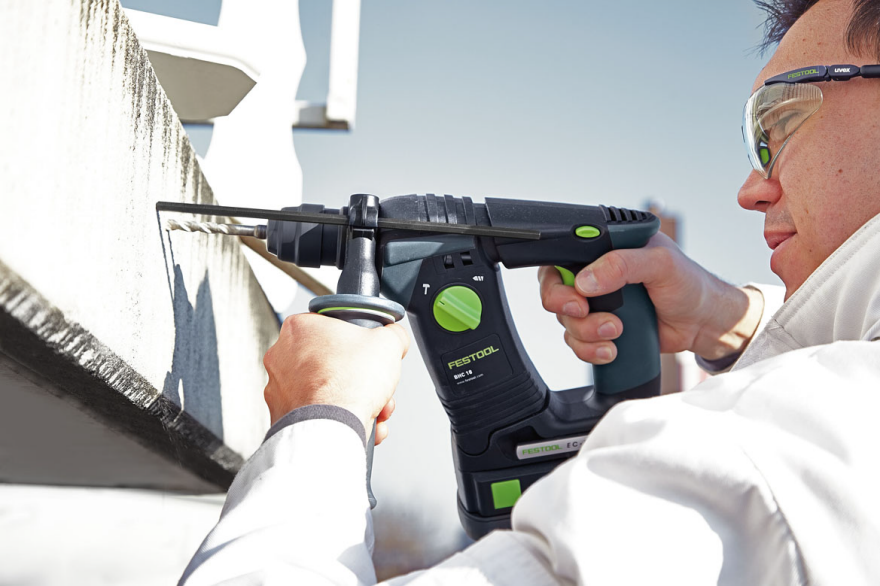 3. "Festool is innovative." We've been an innovative company, that's a big part of our success story. To keep coming up with things like the Domino or the Conturo that are unique, innovative, and have a lasting impression on customers. Where customers won't say, "Well, that might be nice to have" but instead, "Okay, this really helps me be more successful in my job." 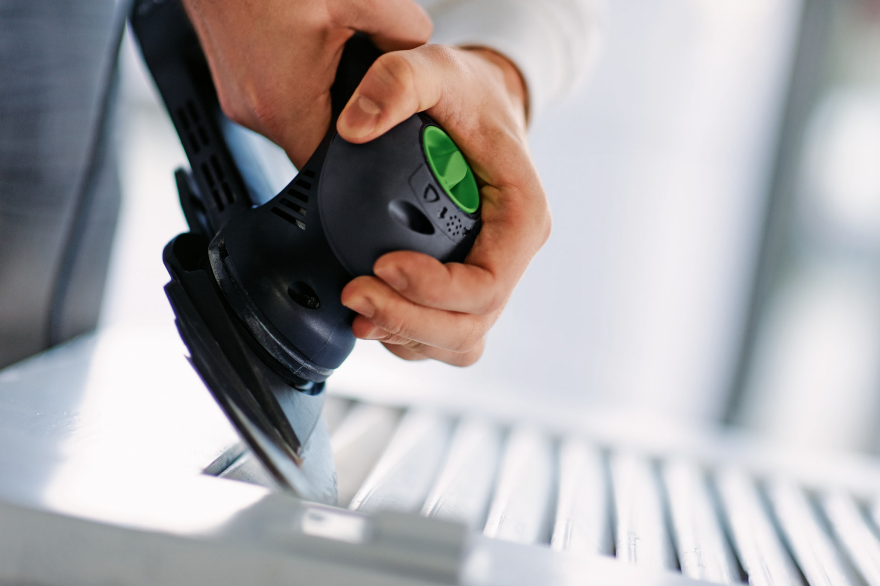 4. "Festool knows my trade." We're focusing on specific trades. I don't care if we don't know a thing about electricians, because that's not our target group; but if we [weren't up on] remodelers or painters, that would be a problem, because these guys are our target groups and we want to be the expert on them. 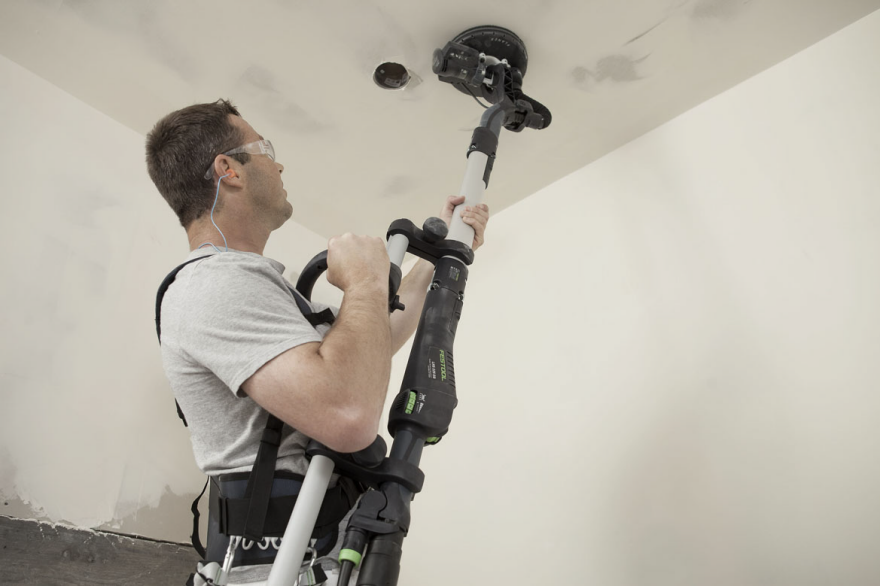 5. "Festool makes my life easier." That's new in the brand code. We want both our customers and our dealers to feel that Festool is a good partner; that if I had a question about something, or needed support for something and called Festool, I can get what I need, without hassle. 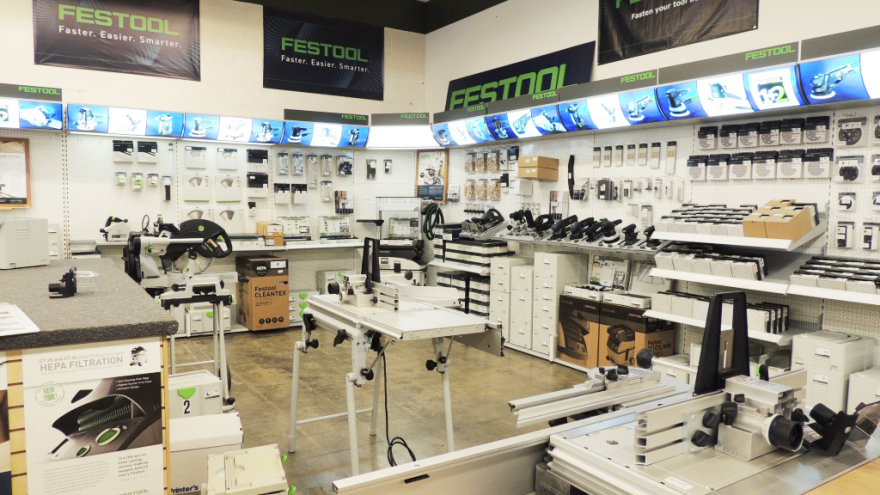 We've been working on these first four for a long time. Number five is still a little challenge for us, but we're getting there. So these things are what we want our customers to say about us. We're not quite there yet, but everything we're doing, we're asking ourselves "Does it contribute to this?"

Next we'll see how that thinking translates into concrete action, as we move from Festool's boardroom to their development labs and factory floors.

Core77 Visits Festool, Part 3: The Thinking that Drives the Company