Frog's Head of Venture Design, Jimmyjane founder Ethan Imboden tells us how being an entrepreneur made him (and could make you) a better designer

Ethan's got a colorful past, befitting of a design agitator. He started his career in engineering. Finding himself in a top job working on software and hardware for the Human Genome Project however, he couldn't help but feel oddly uninspired. It was on a soul-searching journey through Europe that Ethan first began to wonder whether his heart might belong to Industrial Design—a designer from the Domus Academy in Milan having described the practice in a way that sounded exactly like what he had hoped engineering would've been.

Returning to New York with new direction, Ethan cut his design teeth at the likes of ECCO Design before making the move West to San Francisco to join frog, the company he would later return to as VP, following further adventures of a more entrepreneurial kind.

Like many an existential would be designer-founder, Ethan left frog and the world of consultancy with the desire to use his design skillset to really make some impact. Before long, he'd set his sights on design-led disruption of the then homogeneously seedy sex-toy market—an industry that had been defined by taboo for far too long, especially, Ethan points out, with the very real relationship between pleasure (sexual or otherwise) and health and wellbeing. With early mover advantage (Ethan reckons only Tom Dixon had made some efforts to redesign and premiumize vibrators slightly before him) Jimmyjane, the company that he founded, gradually grew into one of the most cited design-led success stories of this century.

FORM 3 is the second launch of PLEASURE TO THE PEOPLE, a groundbreaking series of waterproof, rechargeable vibrators designed by friends and creative conspirators Yves Béhar and Ethan Imboden

Stepping back from the world of sensual silicone in 2013 following a buyout, Ethan took on the role of VP for Venture Design at frog to help start-ups and businesses exploring uncharted territory to leverage design—perhaps again acting out of a burning desire to translate his skills (and now decade long experience in business) into massive impact.

We shot the wind with Ethan in a conversation that wound over all facets of design within business and new ventures—cut short only by the demands of a packed PR tour schedule. Looking back over our scribbled notes, we're able to summarize Ethan's insights and advice for design-entrepreneurs in six hard-hitting home truths:

Coming out the back of design school indoctrination, most of us are imbued with the inflated-ego and over-confidence that only years of protection from the challenges and limitations of the real world provide. "Your skills are right," for successful entrepreneurialism Ethan says "but your instincts are probably not." Whilst confidence and a can-do attitude are of course invaluable, dismissing the knowledge of non-designers and acting out of unwarranted entitlement won't make you many friends and won't get you very far in business. Check your design hubris at the door.

The dynamics of design school also has the remarkable ability of convincing its students that the approval of classmates, peers and design award panels is of the utmost importance—a belief that plagues a lot of us like an internal design critic for the rest of our sorry little lives. An over-eagerness to constantly celebrate the accomplishments of 'design' also, Ethan posits, gives the profession an innovation bias towards the new and novel which limits its usefulness. "Don't judge yourself by the standards of design," suggests Ethan. "You've got to think beyond design," if you really want to make a difference by getting your products out into the marketplace. Market success and making the change you want to see in world may just trump any trophy (with the exception of a Core77 Design Award obviously).

You can't ever really understand industrial design until you've been out there specifying plastic components and watching them churn out a factory line in China. "You need to smell more plastic," Ethan recalls ECCO Design principal Eric Chan saying to him in his days as a junior. Only then can you understand the realities of machine manufacture—the slight differences between each supposedly 'identical' object for example. If you're serious about getting your own industrially produced and revolutionary new products out into the real world, you have to prioritize this kind of experience on the front-line.

...and not the other way around. Design school and designer hero worship can often have us believing that the designer's role in business is to barge in at the top, rip up the rule book and start afresh with a bold new vision. Whilst design-led disruption can of course bring many benefits, Ethan points out that it's the business you're trying to make succeed, not the design. "You have to understand that every line that you draw has cascading consequences for the rest of the business," Ethan tells us, vigorously gesticulating the tumbling down a waterfall, clearly speaking from experience. "If you're great new design breaks a huge deal your sales team just made, is it great design?" We're taught in design school to skillfully balance ever-increasing demands of ergonomics, aesthetics, materiality, manufacture etc. but when designers enter the world of business, this curiosity, empathy and mental agility can all to often seem to cease. It's only by extending our understanding—to take the needs of the various arms of business as just another design limitation or specification—that we can really hope to have dramatic impact.

Whilst this may sound like an unglamorous and subservient understanding of design, Ethan suggests that this could be the strongest case for design's representation in the boardroom. The more the design function can take on the helicopter view for the entire organization, the better it can function in producing products that help the business to thrive. If design is going to be tasked with taking these various business factors into consideration, it surely follows that design should be privy to all the information at the top and have a stake in the crucial decisions made at the highest levels.

You've probably heard the smug old adage that designers love to roll out when they're backs are up against the wall—fast, cheap, good; pick 2. Ethan rejects this trinity denial as lazy, pointing to design entrepreneurs as proof that you can have all three. "When you're starting-up, everything is a balance...it's got to be fast, it's got to be cheap...your job is to figure out how good it can be and what is good enough." Among the many other shortcomings of designers, Ethan points out, he reserves a particular distaste for esoteric design perfectionism. "When you're in start-up mode, every day and every design decision is about survival. If you're wasting time trying to figure out if you're hitting Dieter Rams' Ten Principles of Whatever, then you're business is going to die and your product goes with it." Ethan suggests that successful design-entrepreneurs are channeling their OCD into new definitions of perfection—encompassing, for example, just keeping the whole damn ship afloat.

6. Design the Impact, Not the Product

Ethan's disdain for design perfectionistas and self-referentialism is fueled by a desire to use design to make real change. Clearly Ethan's entrepreneurial success was as a result of spotting an opportunity to change the world for the better (breaking down the taboos holding back the pursuit of pleasure in this case) and not an idea for a great new product (they came later). Ethan's advice for where aspiring designer-founders should start? "Forget about products. Start with the impact you want to make and design from there." 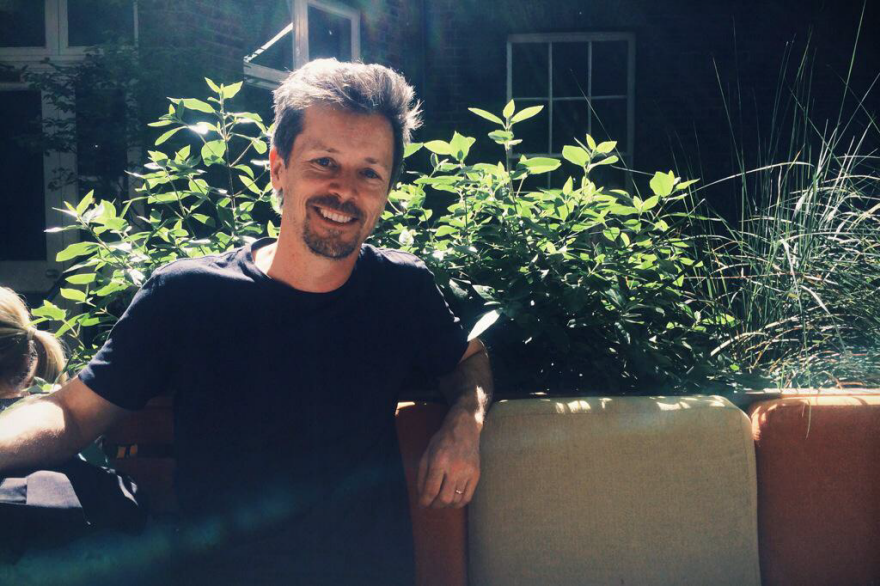