Theory that American Lifestyle has Changed the Shape of our Spines

Researcher says some cultures have the right shape for comfort. We don't 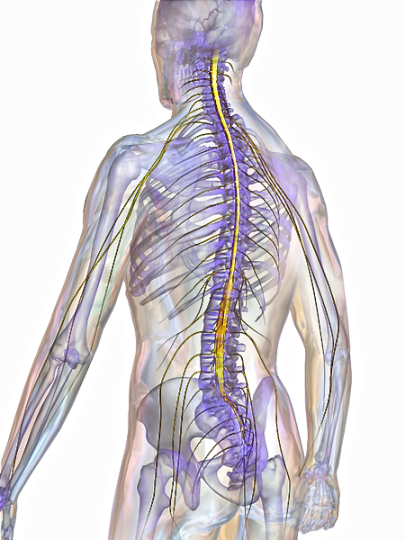 It's enough to make a furniture designer despair: What if you can't design a truly ergonomic chair, because the people sitting in it have hopeless posture on a spinal level?

According to NPR, acupuncturist Esther Gokhale—who previously suffered from back pain—began traveling the world twenty years ago to visit cultures that don't have back pain. She traveled to remote regions of Africa and South America—"villages where every kid under age 4 was crying because they were frightened to see somebody with white skin — they'd never seen a white person before"—and noticed something: It wasn't just that their posture was different, it's that the very shape of their spines was different. 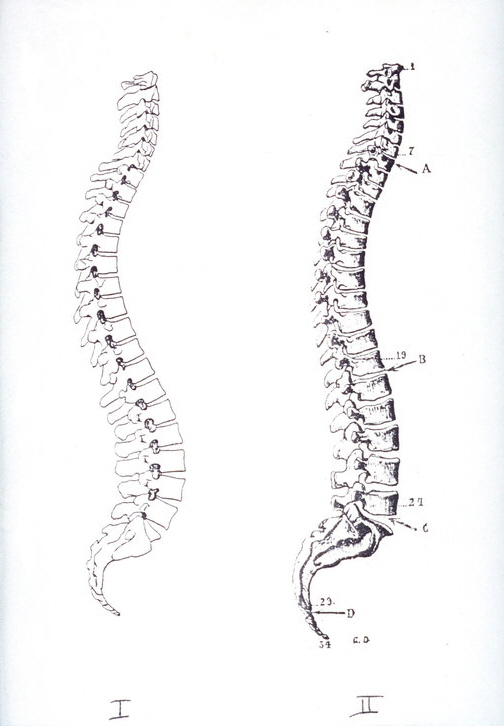 If you look at an American's spine from the side, or profile, it's shaped like the letter S. It curves at the top and then back again at the bottom.

But Gokhale didn't see those two big curves in people who don't have back pain. "That S shape is actually not natural," she says. "It's a J-shaped spine that you want."

In fact, if you look at drawings from Leonardo da Vinci — or a Gray's Anatomy book from 1901 — the spine isn't shaped like a sharp, curvy S. It's much flatter, all the way down the back. Then at the bottom, it curves to stick the buttocks out. So the spine looks more like the letter J.

If her theory is correct, it looks like eating crappy food, sitting on the couch watching Netflix, taking elevators, and driving to the end of the driveway to pick up the mail have taken their toll on our bodies.

Gokhale has thus devised The Gokhale Method, the name under which she teaches classes and gives free workshops to teach people a series of spine-correcting exercises. Doctors refer patients to her. Tech industry executives hire her (she's based in Palo Alto) for consultations. She's even designed a chair that will reportedly help rectify the problem. Take a look at this and tell us what you think:

Do you buy it? My kneejerk reaction is to assume that cultures that don't have back pain also don't have couches, Cadillacs and cookies in the numbers that we do. But I'm also open to the possibility that Gokhale is onto something that people have missed.

Theory that American Lifestyle has Changed the Shape of our Spines