In 2013, Chris Hardy had just launched his collection of Helix tables for Design Within Reach when the furniture retailer approached him about another project. DWR wanted Hardy to meet Jens Risom, the legendary Danish-American designer who helped introduce Scandinavian design to the United States and created iconic furnishings for Knoll in the 1940s and '50s. Risom, now 99, was unable to develop an entire new collection on his own, and DWR hoped that Hardy, 68 years his junior, would be a good match for an intergenerational collaboration.

Needless to say, Hardy jumped at the opportunity. "I went up to meet with him and started spending time with him, just getting to know him, and trying to develop a relationship with him," he says. That relationship-building was a success, and last month, after two years of work, DWR launched Hardy and Risom's Ven Collection of modular storage. (Ven means "friend" in Danish.) 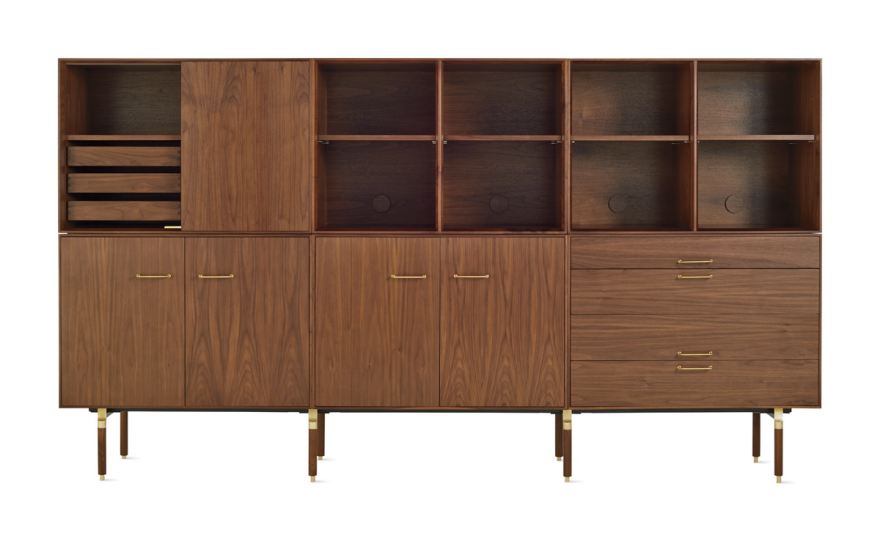 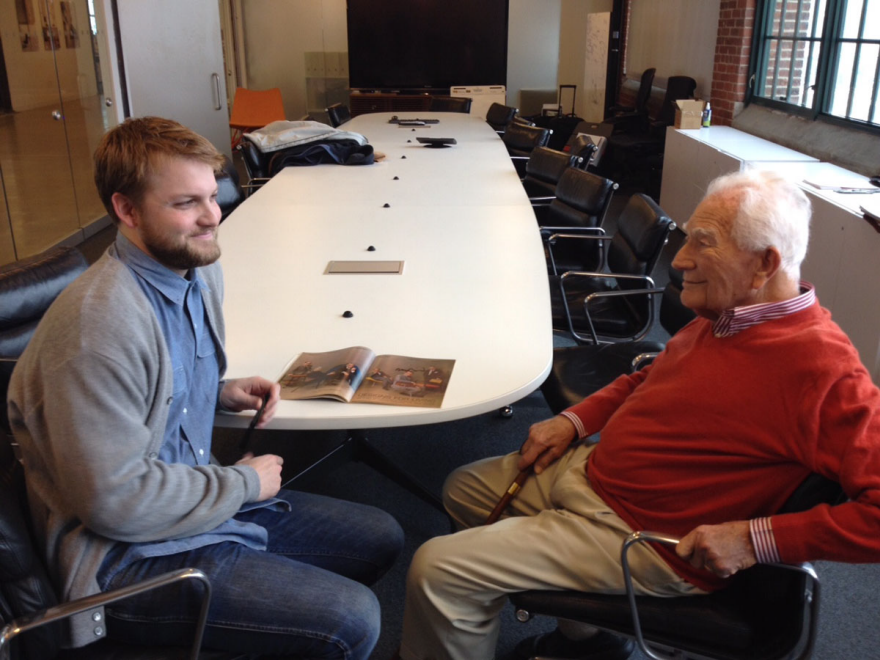 From the beginning, it was a defiantly low-tech collaboration. "Jens doesn't travel and doesn't do e-mail or anything like that, so it was face-to-face meetings, which is the really the best way to meet," Hardy says. The Atlanta-based designer made frequent trips to Risom's home in Connecticut; following every meeting, Hardy would spend a month making sketches and mapping out alternative options before bringing them back to Risom to discuss. "I would bring up these packets of drawings and all these ideas, and Jens would give me feedback on what he liked, where the opportunities were and what he thought would be successful," Hardy says. "I would take all that critique and go back, maybe change the direction of the project, or introduce new ideas from our discussion." Through these conversations and extensive research, the two arrived at Risom's S.624 Cabinet, dating back to the 1970s, as a starting point, for the possibility and opportunities surrounding its customizable units.

Hardy and Risom worked to bring the S.624 into the 21st century, expanding the piece's modularity while simultaneously incorporating new technologies for production. "Most people during Jens's time had their own factories for doing their own manufacturing," Hardy says. "Jens had the option to take customization to the extreme where one person could order any kind of configuration they wanted, and he could give it to the factory and the factory would make a very particular product for that customer." Today, that manufacturing arrangement is much less common, so Hardy worked with Risom to create a modular system that would allow for pieces to be produced uniformly, so that they could be purchased right off the shelf, as opposed to hand-crafted for each consumer.

Hardy's drawings of cord-escape and handle options for the collection

Drawings of the frame and legs 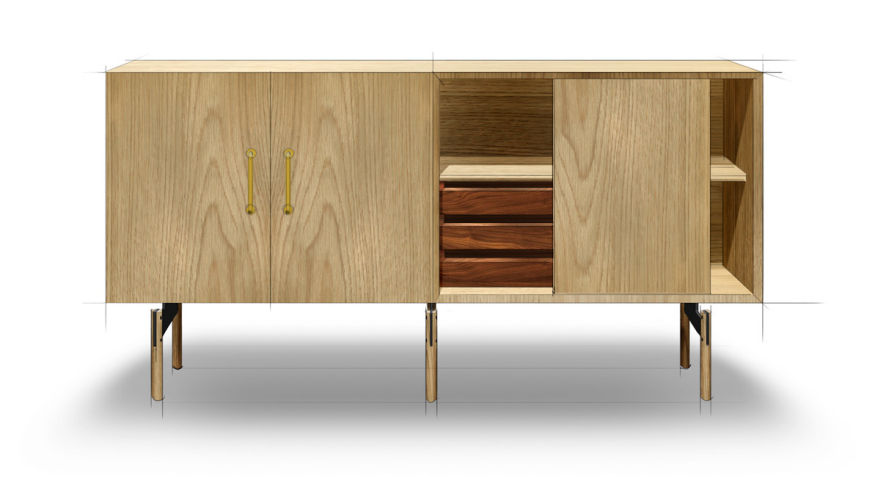 A drawing of the Ven Sliding-Door Credenza 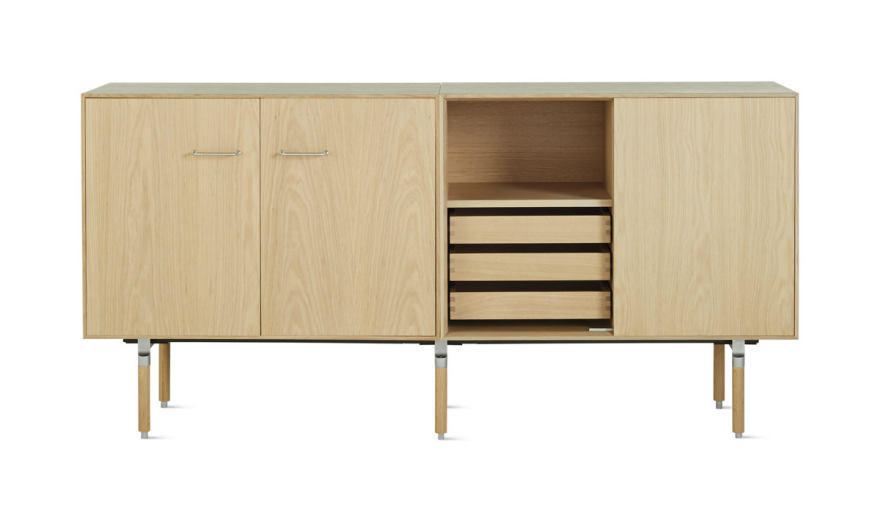 To accomplish this, Hardy turned to CNC milling for all the modular components, ensuring a level of precision that was previously unattainable. "Another thing that you see [in Risom's earlier pieces] is that the tolerances were a lot higher," Hardy says. "If you placed an order for a certain measurement, it was maybe plus or minus a quarter of an inch, but now tolerances are millimeters, and we can pretty much guarantee that the size that you specify is what the customers will get." For the Ven Collection, customers are able to choose options from five modular components—a door unit, a cabinet unit, a sliding-door unit, an open-shelves unit and a filing cabinet—mixing and matching pieces to best suit their needs.

Hardy spent months finding the right factory to build these components in the best way possible. "The biggest challenge was definitely the manufacturing," he says. "It's just really a product that needs to have a lot of attention paid to it when you make it. There are so many details that go into it and they're all very important." 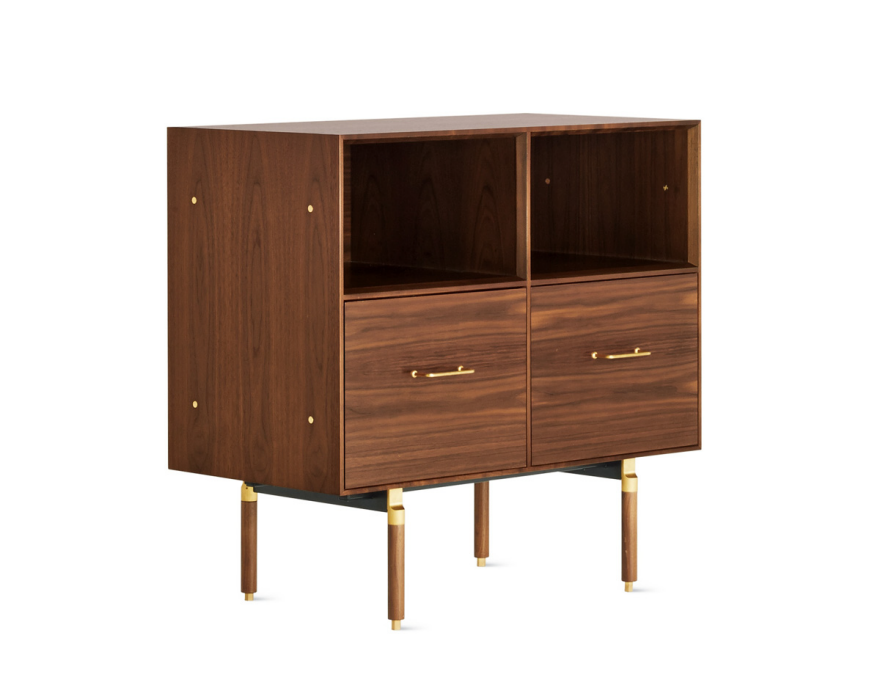 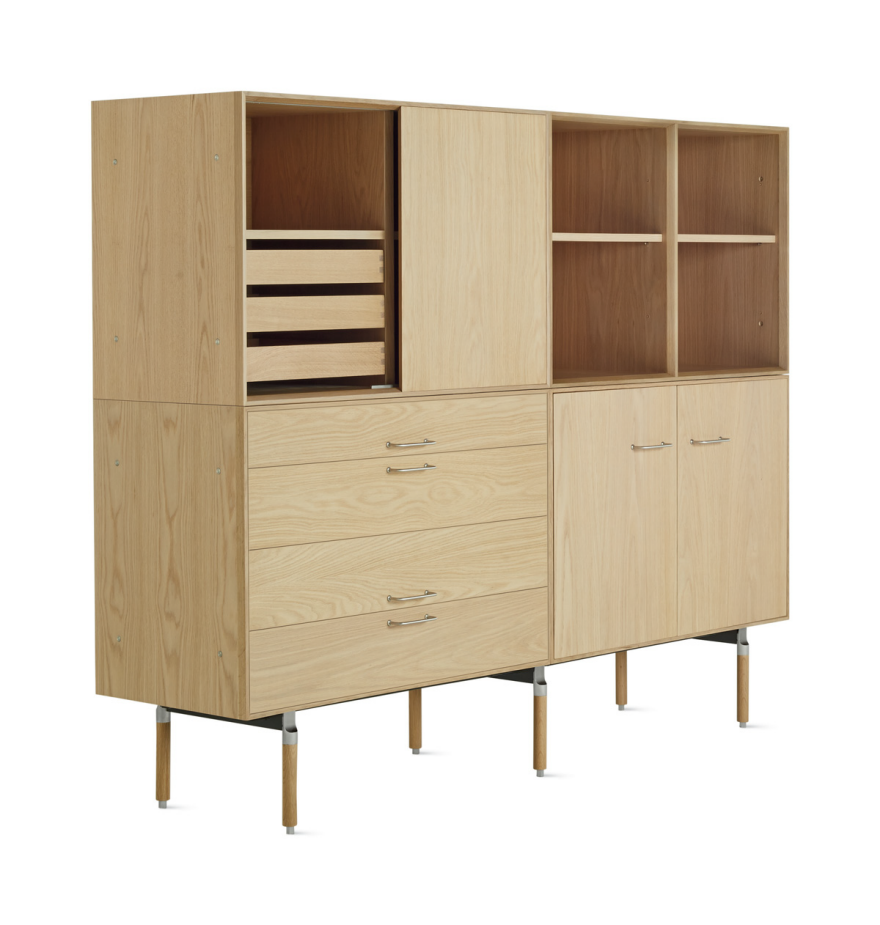 One of these details was the frame that everything sits on. "It's something you don't actually see, but it really took quite a lot to figure out," Hardy says. "The frame can expand as long as needed, while still staying level and creating a solid foundation for everything else to be put on. A lot of time spent with that, how these tolerances are going to be made, how the welding is going to be put on, these steel segments underneath, a lot of small details like that."

Stock steel tubing was used for the frame, which resembles a ladder beneath the wooden cabinetry. An earlier version used a wood frame, but the weight of the modular pieces created too much flex and gaps formed, making it difficult to shut drawers. The strong metal frame promises rigidity, no matter how many pieces are swapped in and out of the final cabinet. Brass brackets attach the legs to the rest of the cabinet, and can be moved and placed on different part of the frame depending on the length of the final assembly.

Hardy says that he and Risom plan to continue the collaboration and are already working on new storage products for the Ven Collection slated to be released near the end of the year.