History in the Making

2015 International Design Excellence Awards (IDEA) Jury Chair Matthew Marzynski, IDSA, sees it as history in the making. Two and a half days of IDEA judging wrapped up in June 2015 at The Henry Ford Museum in Michigan. Two dozen jurors decided who earned Gold, Silver and Bronze. But for the first time, the winners will NOT be revealed to the public until the awards ceremony on August 22 at the Industrial Designers Society of America 's 2015 International Conference in Seattle. 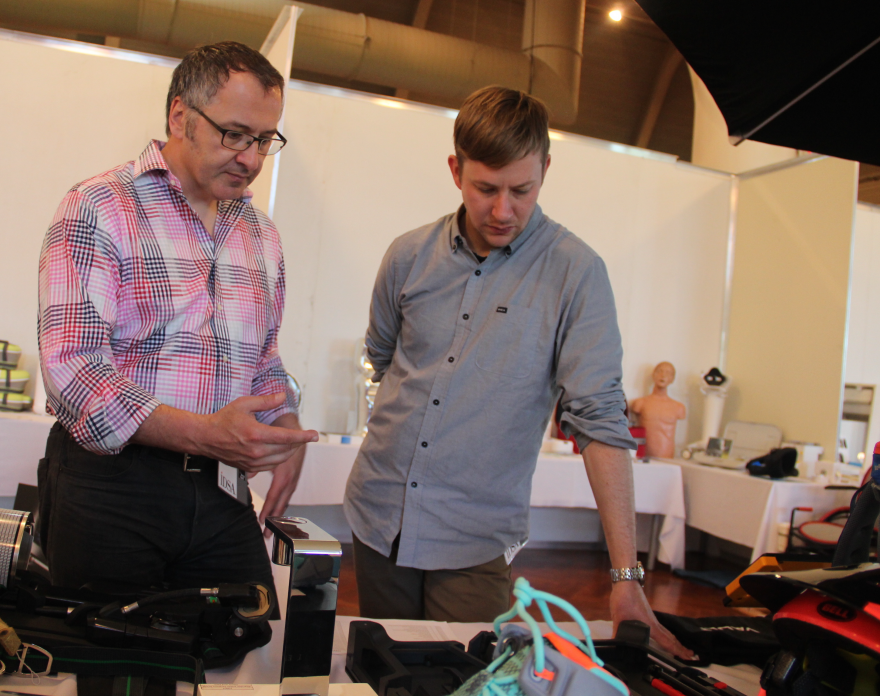 From left, IDEA Jury Chair Matthew Marzynski, IDSA, and fellow Juror Patrick Corrigan take a closer look at entries from around the world.

There were 1,700 student and professional entries in 17 general categories (plus design research, digital design and design strategy) from the United States and almost three dozen countries—Australia to Austria; Estonia to Iran; and Serbia to Somalia. Nearly 700 of those total entries moved on to the second round of judging at the Henry Ford. The result—28 Gold winners; 53 Silver winners; and 83 Bronze winners.

Marzynski—and what he refers to as "the collective brain trust" that made up the 2015 Jury—were in awe of the entries, and of the iconic destination for design. "I love coming here and being here in The Henry Ford and being inspired by this place but also being inspired by my fellow jurors and getting into that debate that I don't get to do sometimes at my everyday job and really getting to the core of what makes good design—good design."

The volunteer Jury's time and dedicated efforts earned praise from IDSA Executive Director Daniel Martinage, CAE: "I've had the opportunity to sit in on a lot of awards and watch from the sidelines, and I've just been so impressed this year with the way you orchestrate this whole thing," he said of Marzynski.

The IDEA ceremony is free and open to the public. A ticket to the black-tie gala is included with professional International Conference registration. Additional tickets may be purchased. 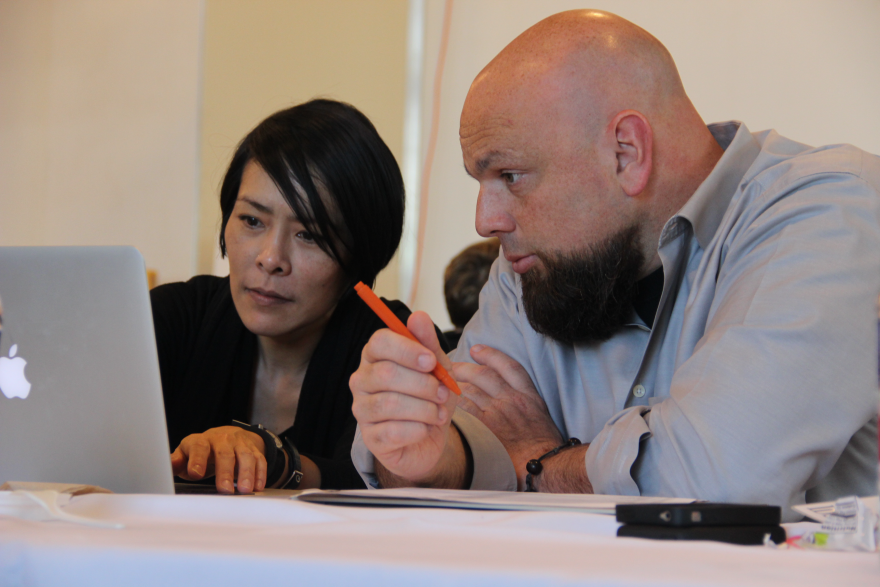 From left, IDEA 2015 Jurors Soojung Ham and Owen Foster, IDSA, search for the cream of the crop among hundreds of global competitors.

Follow the excitement leading up to the big reveal on August 22 on Twitter @IDSA #IDSAIDEA, and to the International Conference from August 19 to 22, on #IDSASeattle15

History in the Making