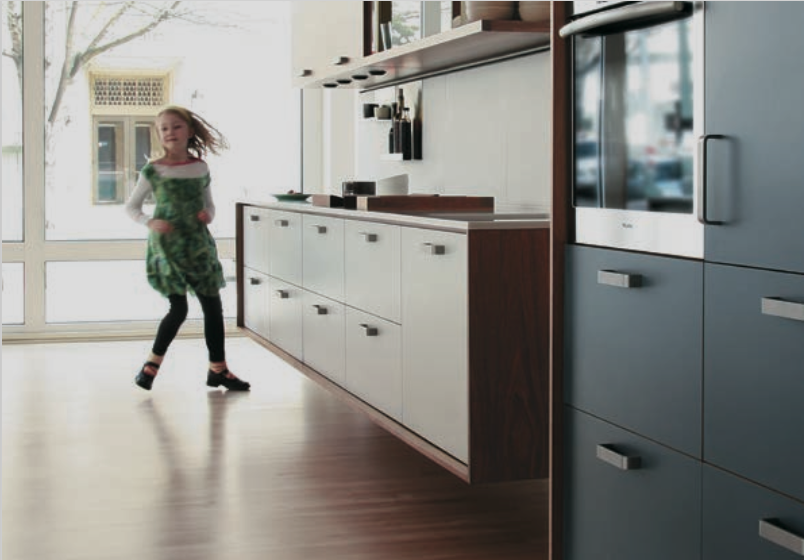 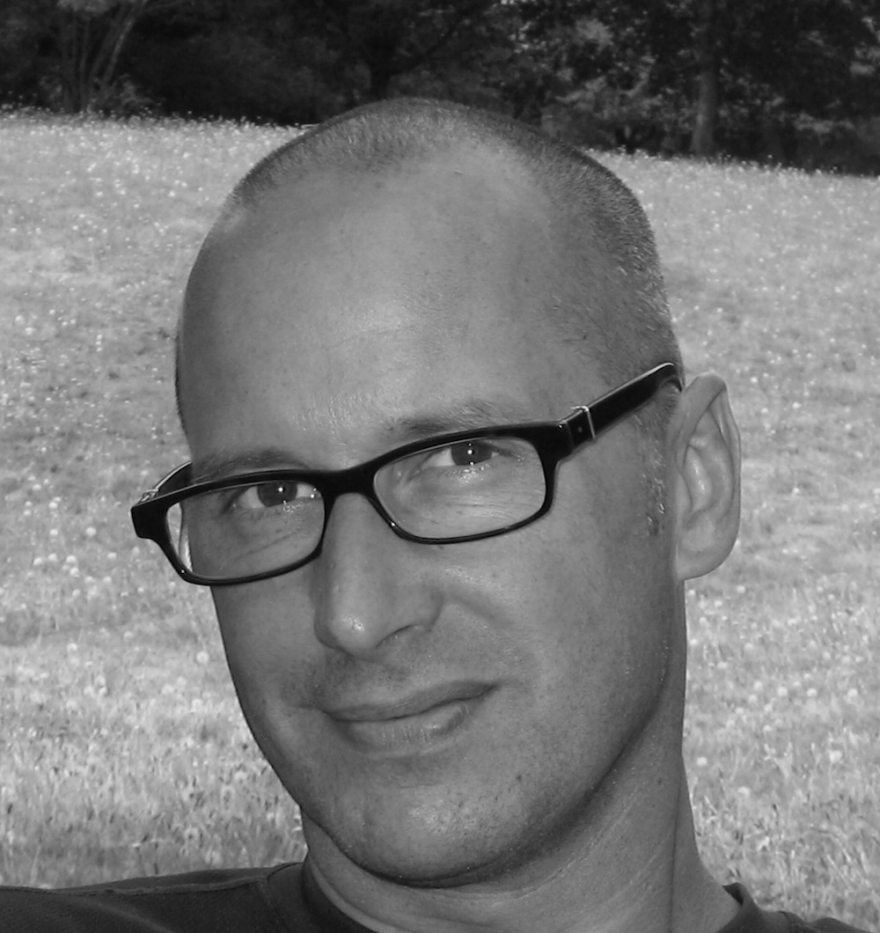 When Scott Hudson founded Henrybuilt in 2001, he named the kitchen system company for his grandfather—a cabinetmaker, carpenter, stone mason and farmer. Carrying forward the tradition that Henry Spurgeon Hudson began on his own farm in rural North Carolina, Henrybuilt is dedicated to craft, functionality and quality embodied by a distinctly American company. "When Henry worked, there was no break between his head and his hand," Hudson recalls in the company's history. "He did his thinking with one as well as the other."

Henrybuilt is the first American company to manufacture kitchen systems—a bespoke offering that is a unique combination of system engineering and holistic design solutions for the most important room in the house. With a new showroom now open in  New York City, Hudson took a moment to chat with Core77 about the rise of the kitchen as a tool, the R&D process for new Henrybuilt products, and why integrating technology into the cabinetry may not be the answer home cooks are looking for. 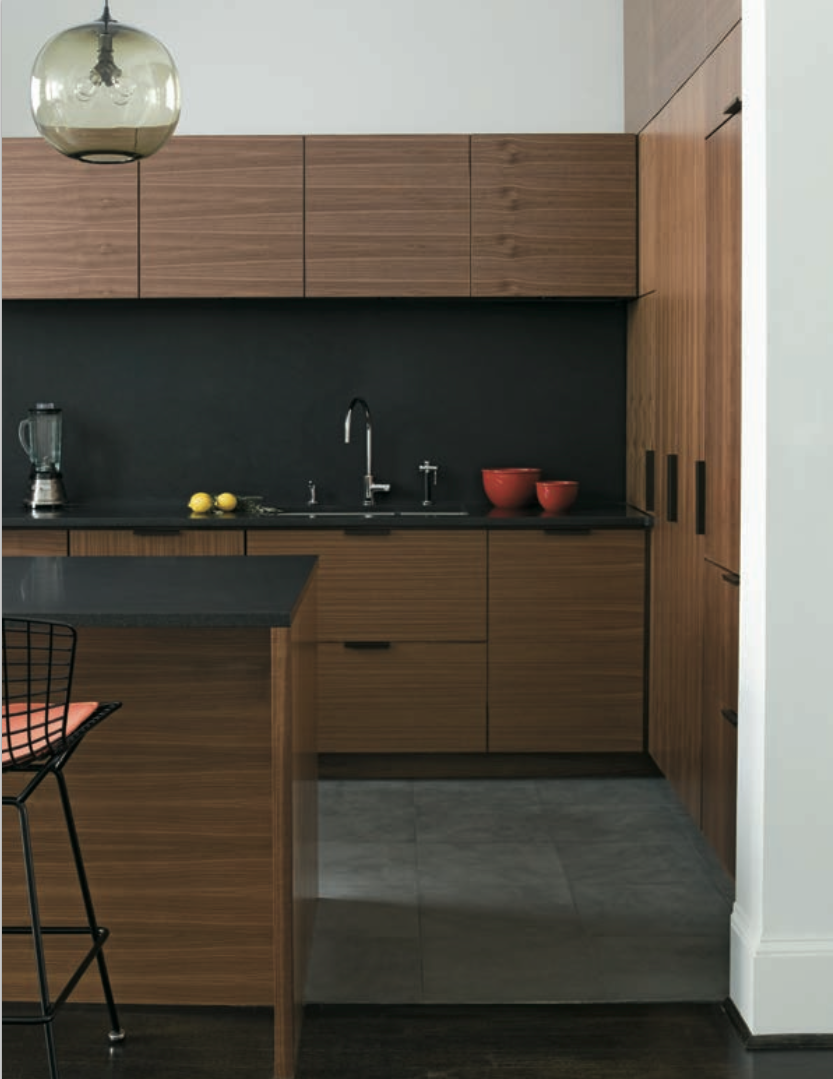 Core77: Over the last 15 years of designing kitchen systems, there's been a lot of development regarding the place of the kitchen in the home. Can you talk about some of these changes?

Scott Hudson: It's kind of funny. It's almost like the kitchen got left in time. The kitchen is behind the rest of the design culture—people are very sophisticated about buying their phone, clothes, camera, car or bicycle, but not about their kitchen. But it's starting to change.

There's a lot more understanding because of the home cooking trend. The kitchen had already started to be the center of the home in the late '90s—builders of suburban homes were already featuring a relatively open plan with the kitchen in the center. But, the cooking part turns the kitchen into a tool. It's not just a living room; it's actually a functional thing.

Henrybuilt pioneered the idea of an American kitchen system. Can you explain what that means—both in terms of a kitchen system versus a custom kitchen or modular kitchen. And what makes it American?

It's a story of parts. When people say a custom kitchen it's really about the process not the end result—it means certain parts of the kitchen are being manufactured. A custom cabinetmaker or an architect would have had to put all these parts together, in some ways, from scratch. In industrial design language, every custom kitchen is a prototype—like buying a car made of parts that you go out and pick and put together. You can imagine how that would come out. 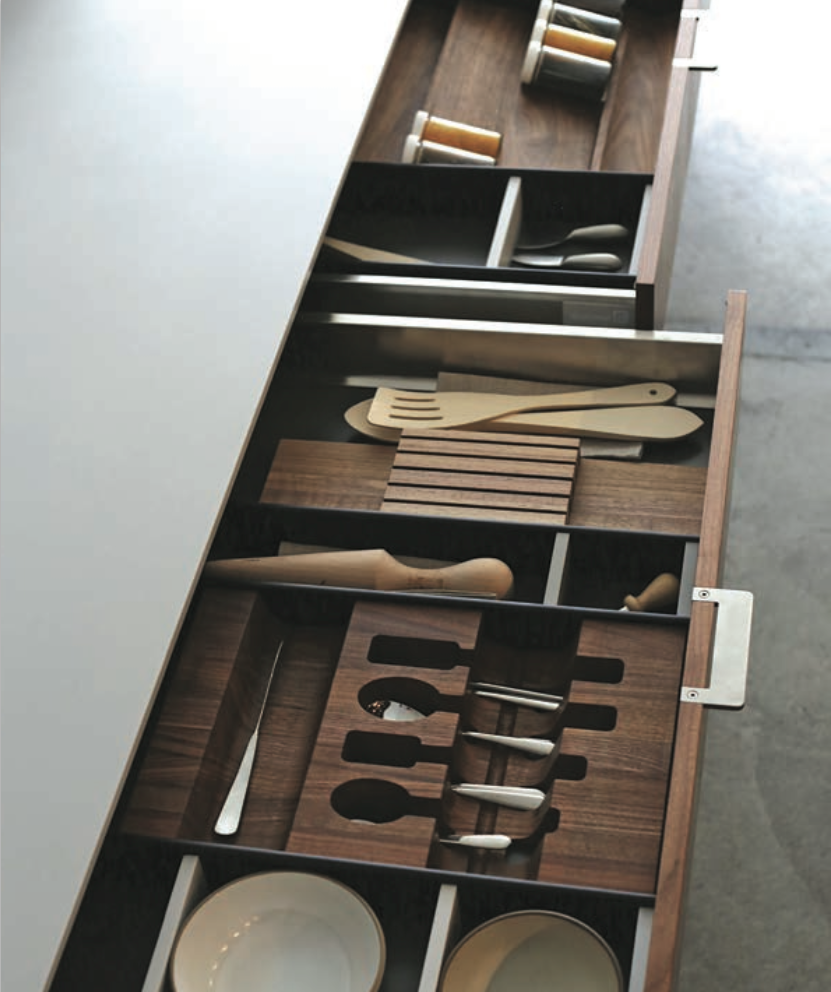 A kitchen system is rooted in a European approach to kitchen design where everything is integrated—the outside and the inside— and improved iteratively, over time. Modular is just a subset characteristic. It might mean that there are certain relationships between units that have to stay the same, but the dimensions can change. So, the difference between modular and system to me is that modular describes the base configuration of a kitchen. A system might be modular but it really encompasses everything—like how the pulls, countertop, backsplash and the lighting all relate.

The American part reflects the differences in the way that things are built here versus in Europe. Here, there's more new construction and a lot of the European systems have a really processed look. They look almost alien in our homes. So the challenge is, how do you develop the system and make everything integrated, but also make it configurable for architecture so that it feels like it's really blended in. And that's our goal.

One of your newest products is the Open Case system. What is your R&D process for new ideas and how do you decide what products to integrate into the kitchen system?

There are three levels that we look at. Improving and refining what's already there is ongoing. It might be a functional—something based on user feedback—or it might be how easy it is to install because our goal is to make the system feel completely made for your home but be like Lego's to install. It also might be technical—our LED lighting system is based on California's new spec so when that happens that drives improvements. 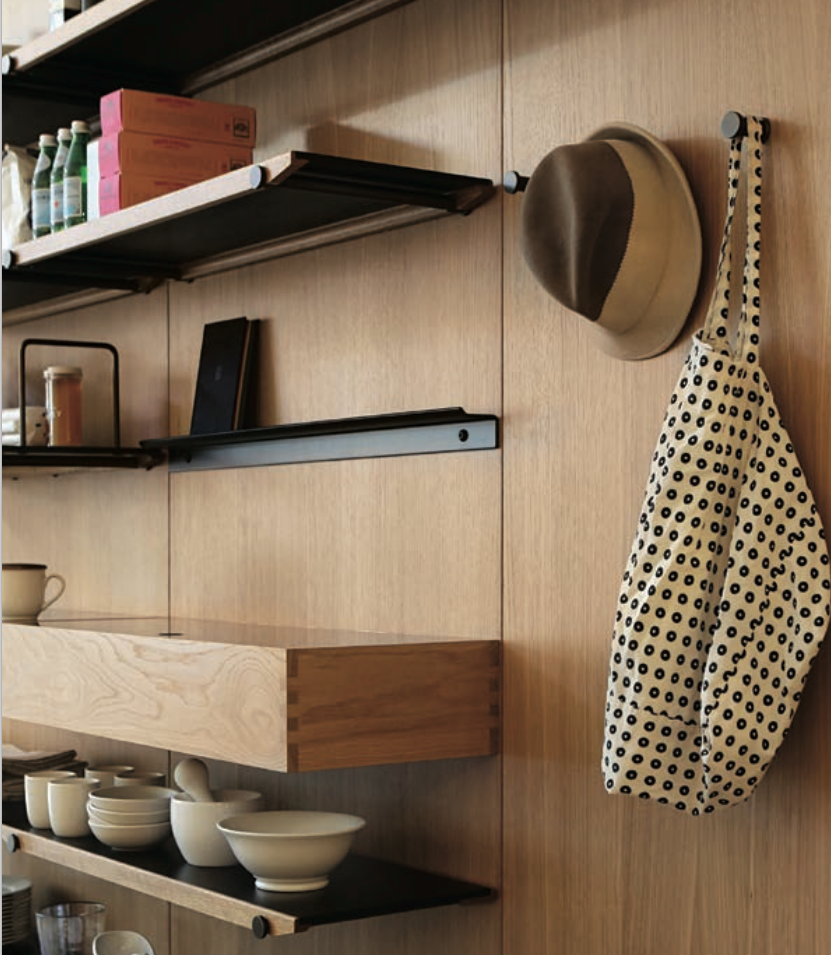 The Open Case system for kitchen, wardrobe and home.

The next level is small products—for example, finding a new way to store things or solutions for charging your phone.

And then there's big products like Open Case which took two years to develop. The interesting thing was that it came out of a client in Mexico City who wanted an open wine storage for his concrete cellar. And that's how the rod system developed. Once we realized this has potential, we spent the next two years figuring out how you modularize it and the system. It's based on panels, rods, spanners and accessories. 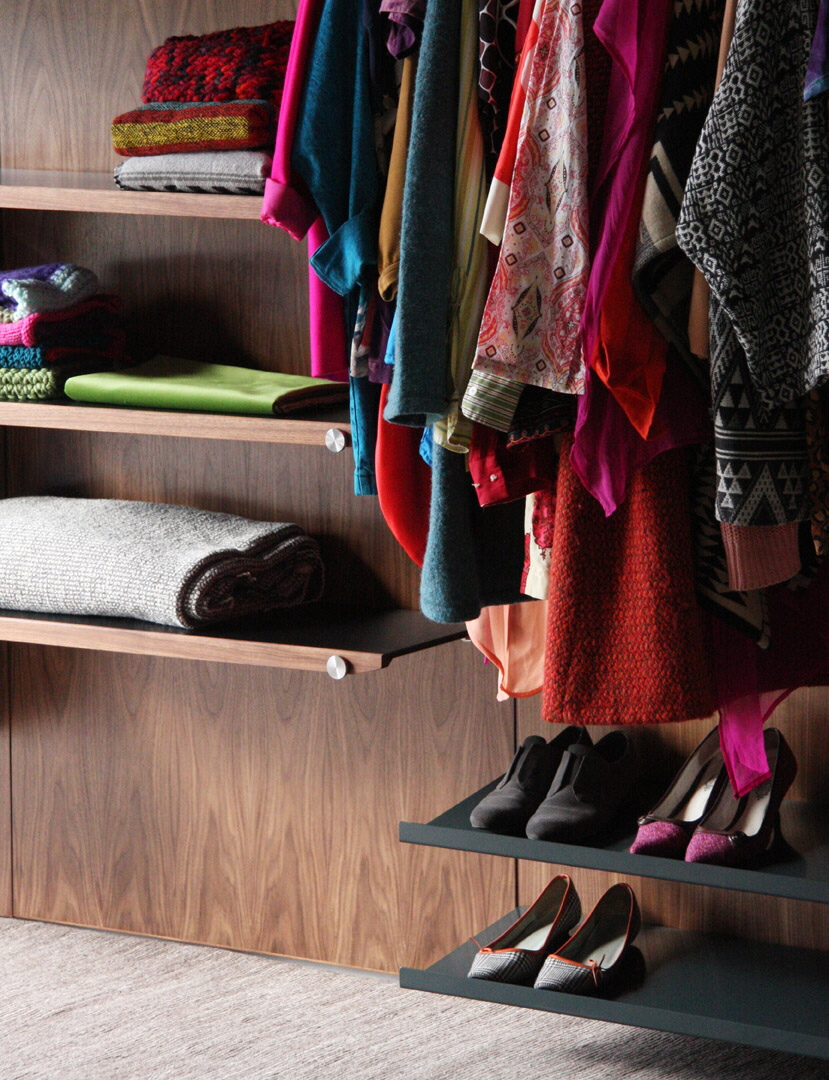 The Open Case system for the closet.

And from a client's kitchen-related request, you're integrating the system into different parts of the home.

Yes, because people are more sensitive to the functionality of those other parts of their home. How does it feel to have a wardrobe that's really optimized? Open Case is a good example where you start thinking about doors and windows and how all those things relate to the interior plotting which becomes functional. That is really interesting. Integrating lighting makes a lot of sense but it's very complex. It's a slow process to make sure that you don't undermine the quality of what you've already got there. In some of our whole house projects we're really creating a holistic environment.

What are some of the trends in what people are demanding in new kitchens?

That's a hard question. I think that a lot of it has to do with what we were talking about earlier. Some of it is driven by appliances—when Wolfe started doing industrial level/professional level stuff for the home, people started realizing that things could be much more sophisticated. And the fact that those appliances are tools changes the perspective of the kitchen. 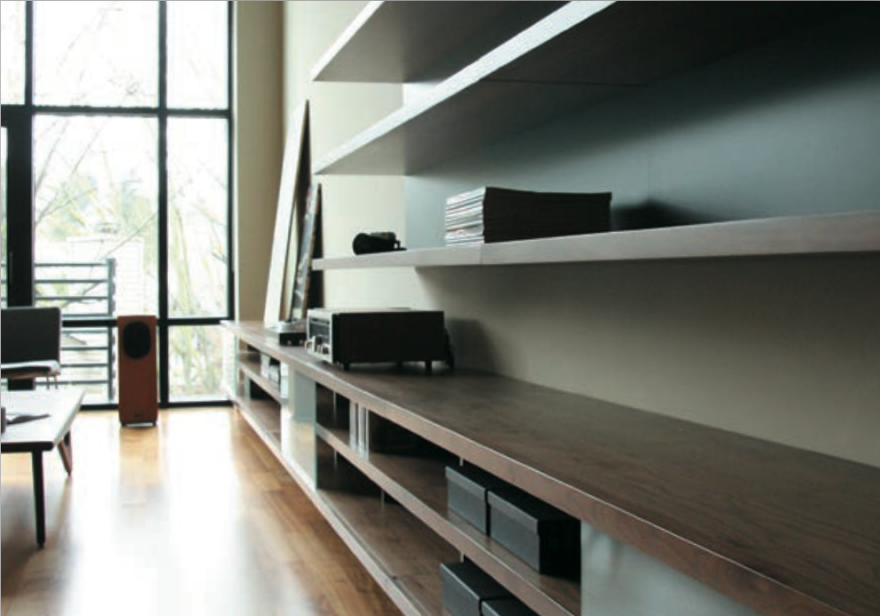 Henrybuilt for the home.

To me, it has to do with function. It's not really a trend, but there's definitely a higher level of taste coming along. The internet helps a ton. In the old days, you had to go buy the magazine and it's a really slow process. Now it's just, bam, it's everywhere.

And what about the dialogue about integrating appliances and new technologies into the kitchen systems themselves? We recently saw the example of IKEA's Kitchen of 2025 in Milan…

That's a good question. We also buy a lot of expensive equipment to manufacture a product. The worst thing about it is that the software is integrated with the hardware. So, say you spend $300,000 for a machine that's a computer, and when that software ages out and is not supported, you have to replace the whole thing. So, I'm actually sort of anti-integration. Not visual integration and not in terms of the way it should feel when you use it. It's kind of entrancing to think about having digital wood—really making an electronically integrated object but I don't think it really adds much value for the user.

Imagine if your countertop had to be replaced every time your range has a problem? Just doesn't make sense. So, I think making beautifully flexible systems is much better for the client.

The new Henrybuilt showroom in New York is open at 12 Crosby Street.