Single-serve coffeemakers can simultaneously help and hurt the environment 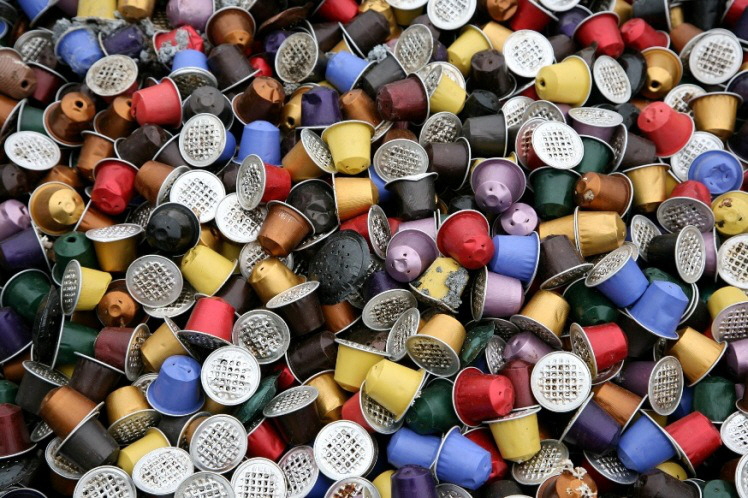 Since the days of the disposable razor, more than a few companies have taken a system-based approach to product design. In other words they create a product whose accessories are proprietary. Whereas the original driving motive behind this approach may have been profit, today products are complex enough that consumers can actually benefit from a system-based design.

Cynics will say that system-based design approaches are meant to lock consumers into a particular manufacturer's ecosystem; advocates will point out that those ecosystems—think of Apple's or Festool's—make things more convenient for the end user.

Last Friday, the U.S. Department of Agriculture released a biannual report about coffee, which maybe seems it wouldn't have anything to do with this website. But in fact it has everything to do with industrial design, and now we are seeing the environmental impacts—both positive and negative—of a particular system-based product design. 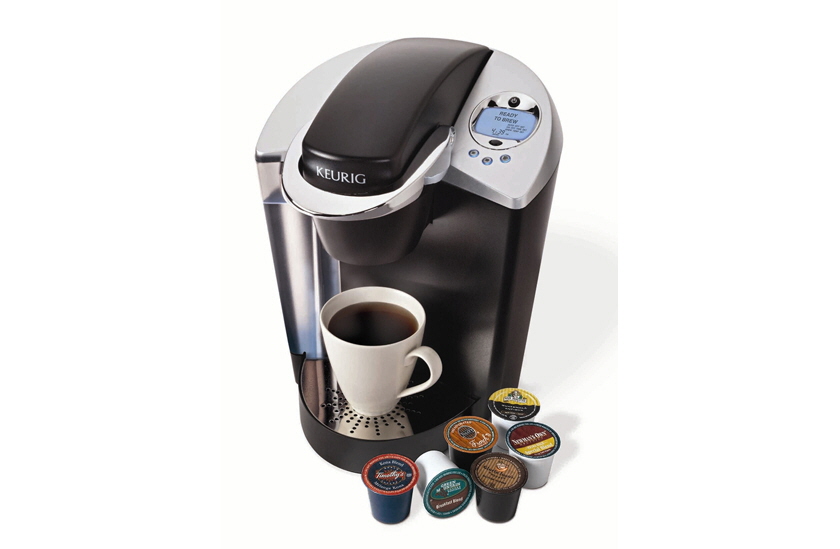 Americans are spending more money on coffee than ever before, but for the first time in six years, they will be [consuming] less of it as the single-serve revolution transforms the brewing habits of the world's largest coffee-drinking nation.

To be clear, that doesn't mean that we Americans are putting less coffee in our bodies. It means that we are no longer brewing full pots of coffee at the office and dumping out what people don't drink. The rise of single-serve coffee makers designed to use individual pods, rather than drip filters and user-poured coffee grinds, allows end users to avoid overestimating how much coffee to make. And we are apparently willing to pay more for the convenience. 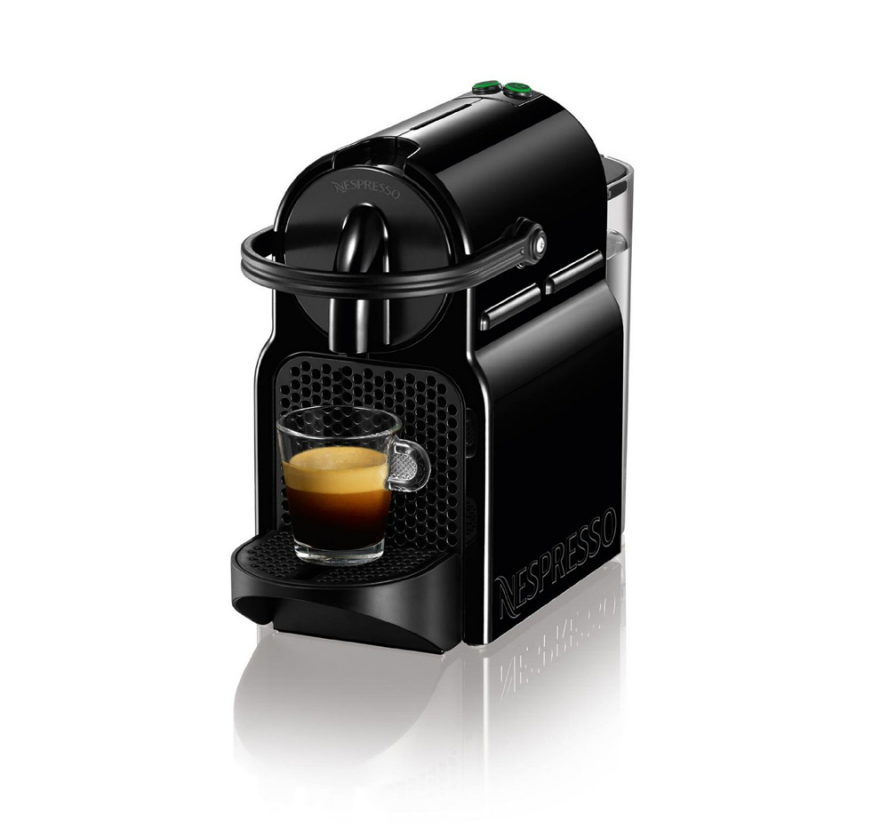 The increased efficiency enabled by product designs like Keurig's K-Cup and Nestle's Nespresso line of single-serve machines means we are wasting less coffee—and crucially, less water. It also means that as the dip in demand reaches the coffee cultivating industry, less resources will be used at the farm level. And circling back to the consumer, single-serve coffee machines do not have hotplates they need to feed electricity to, keeping warm a pot that no one will finish drinking. 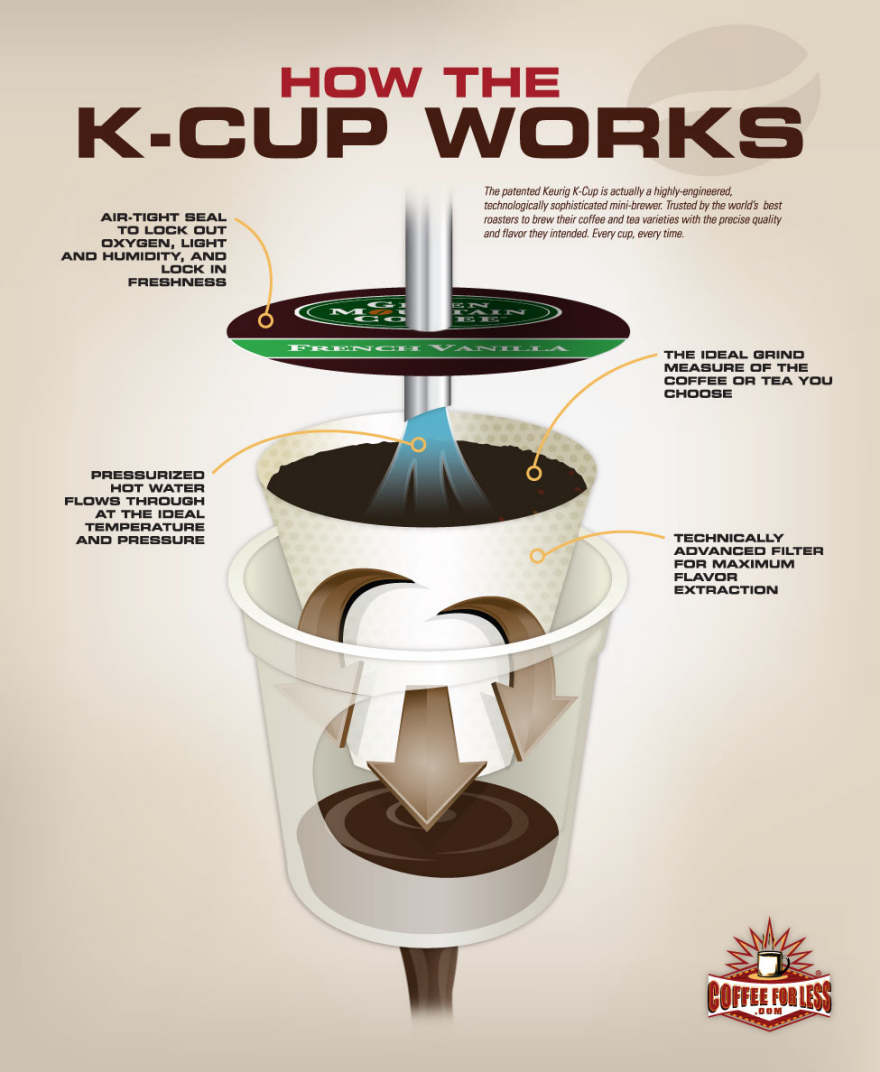 Sounds like a win, right? Brilliant product design that aligns the amount we actually consume with the amount that is actually produced, and reduces resource consumption from farm to table?

Well, not quite. The problem is in the pods. As has been known for several years, Keurig's plastic K-Cups are not biodegradable nor practically recycleable, as explained in articles from Mother Jones and The Atlantic. Nespresso aluminum pods are recycleable, but require specialized machines and processes to separate the coffee from the metal prior to recycling; because of that, the company has set up collection points at retail partners and even a mail-in service for consumers to return the pods, so they can be shunted to a suitable facility.

Nestle's recycling program is laudable, but how many Nespresso users are taking the trouble to actually return the pods? This article from several years ago points out that Nestle trumpets their pod recycling capacity but not the actual rate at which it's being done. So they deserve praise for having had the foresight to set up a recycling system, but it's not clear that that system has taken user behavior into account. If they were to release some concrete figures, it would go a long way towards assuaging skepticism.

Keurig, meanwhile, really has egg on their face. They say they'll have a sustainable solution in place for their pods in five years' time, in 2020. But Rogers Family Company's OneCup—which is compatible with Keurig's K-Cup machines—is on the market now and 97% biodegradable, as it's made with bioplastics.

I purchased a Nespresso machine last month and I love it, using it at least twice daily. But prior to reading the above-linked articles, I had been heedlessly throwing the aluminum pods into my regular recycling, unaware that they fall through the collection grates at regular recycling facilities.

Henceforth I'll be collecting my pods and trekking them to the Nespresso facility in my neighborhood. But that is easy for me, as it's only six blocks away. I wonder what other Nespresso users do.