For those of you that cook: Does this look useful, or gimmicky?

I cook three nights a week out of necessity and I hate it. I am a horrible cook. The prep work takes me forever, and I lack the patience and dexterity to chop, dice or mince vegetables into consistent sizes.

That's why this Tupperware Chop 'N Prep contraption looks pretty good to me. 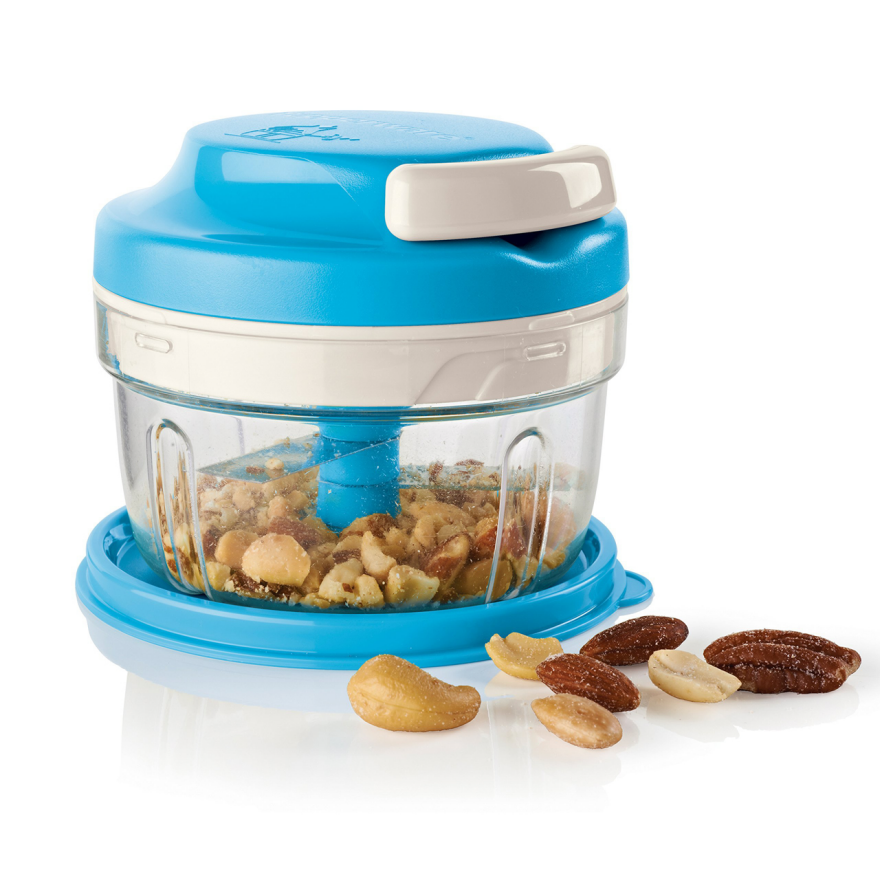 Here's a video of it being reviewed, and for the impatient among you we've cued it up to right when the usage starts:

(Is it me or was there a quick edit shortly after she begins shredding the carrots? Hmm.)

To vet the device I forwarded the video to my girlfriend, who like me is an industrial designer, but who unlike me is a talented cook. I asked her if she thought this thing was legit, or gimmicky. "Gimmicky!" she wrote back. "It looks like a gadget that'll just take up space in your kitchen. This isn't different from a food processor which is way more efficient."

Yeah, but the ripcord is so cool I wanted to say.

Anyways, experienced cooks among you: Does this seem at all useful, would you ever use this? Would the hassle of washing the thing out offset the convenience? Do you think the ripcord will last over time? This design looks like it would solve one of my problems, but I am admittedly an idiot in the kitchen. Am eager to hear feedback from industrial designers that cook frequently.