Passion Projects from the Designers at Specialized

I don't know Robert Egger, but I remember seeing his picture in a 1992 issue of Bicycling Magazine (along with David Schultz, the other Specialized S-Works designer at the time). When I read that article about "Future Bikes" 20+ years ago, I was about to graduate with a degree in Industrial Design, and the two guys featured were the first product designers that I was aware of in the bike industry. 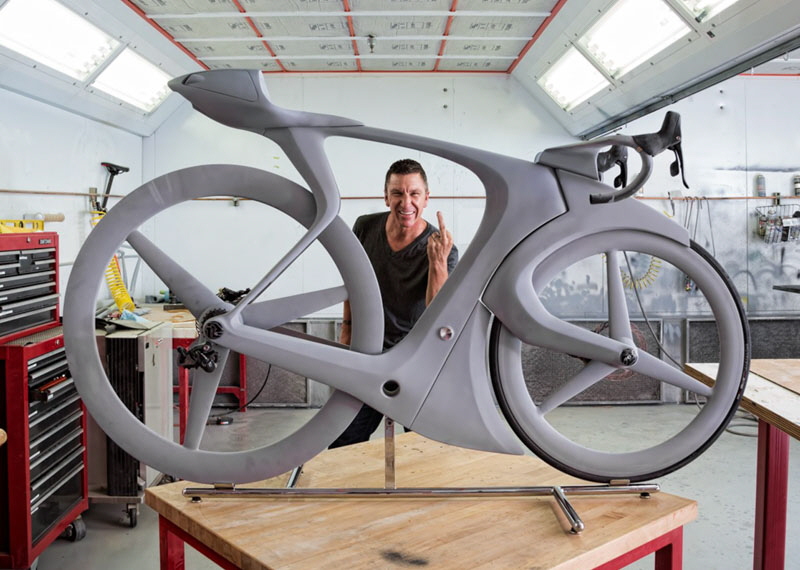 Robert Egger, Creative Director of Specialized, with his Eff You See Eye bike.

Egger mentions in interviews that he was originally hired by Specialized after Mike Sinyard walked into the bike shop where he worked. Thinking he was just a regular customer who was "new to cycling," Egger proceeded to tell him everything that was wrong with the Specialized products that he kept asking about. Once he realized that he was talking to the founder of Specialized, Egger was horrified, but Sinyard gave him the chance to fix all those design problems that he had mentioned. Twenty something years later, Egger still works for Specialized , now as the Creative Director, and is in large part responsible for the culture of design at the company. In addition to contributing to the design of products that Specialized has produced for the last two decades, Egger is known for his (sometimes wacky) concept bikes. You can see a few of his personal project bikes in a 2008 interview on Bike Radar, in past posts here at Bicycle Design, and in a quite entertaining short documentary titled, I Bet Robert Egger Hates Me.

These days, there are many more designers and engineers at Specialized, and several of them follow Egger's lead by working on "passion projects" in their free time. Some pretty interesting ideas can come out of those personal projects, so it is great to see that Specialized has created a new website to showcase the best of them. VERY SPECIAL THINGS is a "home for passion projects created by the people of Specialized." So far, the site features only six project images and a few "coming soon" posts, but I am really looking forward to seeing how it evolves. 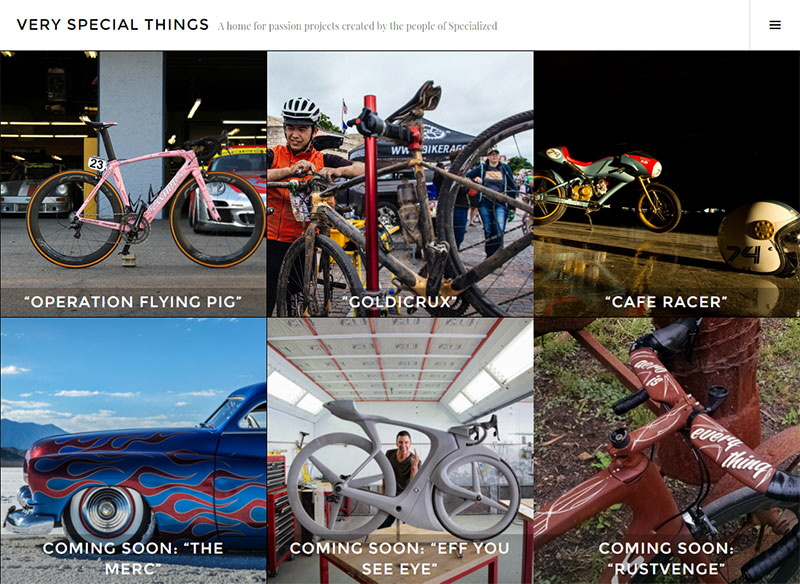 The concept bike pictured above, with Egger peeking through the frame shooting a bird, is called "Eff You See Eye." I assume that could alternately be written as F UCI (or maybe F the UCI), and is intended as a subtle message to everyone's' favorite governing body. If so, I hope to see more of that attitude from VERY SPECIAL THINGS in the future. The site seems to be off to a good start.

Passion Projects from the Designers at Specialized