The Path to Global Design Director

Whether you just landed your first industrial design internship, are a Junior designer, or managing a small army of industrial design talent, you've probably wondered how high you'll climb the corporate ladder. Of course, the number of rungs on that ladder will vary depending on the size of the organization. With over 30 years of design management experience, Jeff Reuschel, Global Director of Design & Innovation at Haworth, international office furniture manufacturer, offers valuable insight applicable to industrial designers, regardless of their experience and seniority.

When I was a product design student at CCS, I interned for a summer under Reuschel and I thought he'd be the perfect person to ask about how an industrial designer can move into a Director role. During my conversation with Reuschel, it quickly became apparent that each company and employer has a unique hierarchy and path to upper management. Haworth is one of the largest office furniture companies in the world. With international sales at almost $2B annually, over 6,500 employees and 20 factories, Haworth is a privately-owned competitor to Herman Miller and Steelcase. At Haworth, Reuschel is responsible for identifying and establishing the direction of growth in the evolution of the work environment.

Don't be bashful of your ambitions. Most companies will respect your desire to grow to by letting you try something new. - Jeff Reuschel, Global Director of Design & Innovation

Reuschel's style of communication is concise and matter-of-fact. It takes a unique balance of skills to be a global director while retaining a sense of design-based abstract critical thinking. Most people are either right- or left-brain dominant thinkers and few are able to balance creative, abstract thought and analytical reasoning. It was a privilege to speak with Reuschel about his experiences and opinions moving from an entry-level industrial design role to Global Director of Design & Innovation for such a successful and respected company.

Reuschel first explained what the hierarchy of designers and design management looks like at Haworth. Beginning with the Associate and ranging to Director, Haworth has six levels which has much to do with information flow and communication. "In our case, Senior and above may or may not have direct reports," said Reuschel. Often, each will report to the designer above him or her which also ensures each design task is assigned and accounted for.

Reuschel highlighted a few key differences. First, an Associate or Standard ID will likely be working on specific products or smaller product groups, such as a storage component, fixture or desktop accessory family. A Director of ID or Manager of ID, on the other hand, will focus on macro projects that address performance, efficiency, process and other organizational matters of the product development pipeline. Another difference is in management. An Associate or Standard ID doesn't spend time managing a design team. A manager assumes responsibility for his team and makes sure that all tasks are accounted for, budgets are met and projects are adequately staffed.

Reuschel offered, "Unfortunately, not all brilliant design minds are natural managers." This is an interesting observation because often, the more experience an industrial designer has, the more designers he or she has to manage. Reuschel quickly noticed my assumption that moving up the chain is a unanimous goal of industrial designers. For those who love creative problem solving but aren't interested in managing a team of designers, remaining a Standard or Senior ID would likely be more ideal.

I was curious to learn more about Reuschel's experience.

Will Gibbons: How long was it before you entered a senior-level position?

And how does a designer at Haworth go about getting promoted and taking on more responsibilities?

You basically need to show evidence of performing at the next level before change happens. Most designers organically grow into the next position rather than declaring they're ready or asking for the opportunity.

So, by stepping up, promotion eventually happens?

Yes, you could say that. If a designer begins asking questions that address items outside of his or her responsibility or begin designing solutions for problems that the Senior, Principal or Manager are often tasked with, it becomes apparent that he or she may be ready for more responsibility.

So, rather than gunning for a promotion, a designer should notice when she finds herself seeking bigger-picture solutions?

Yeah, it's never impressed me when someone says, 'I plan to be a Manager before I'm 30.' I'd rather hear what a designer wants to accomplish. For example, tell me that you want to make a specific part of our process more efficient, or help us serve a new market or volunteer to take on the supervision of an intern. 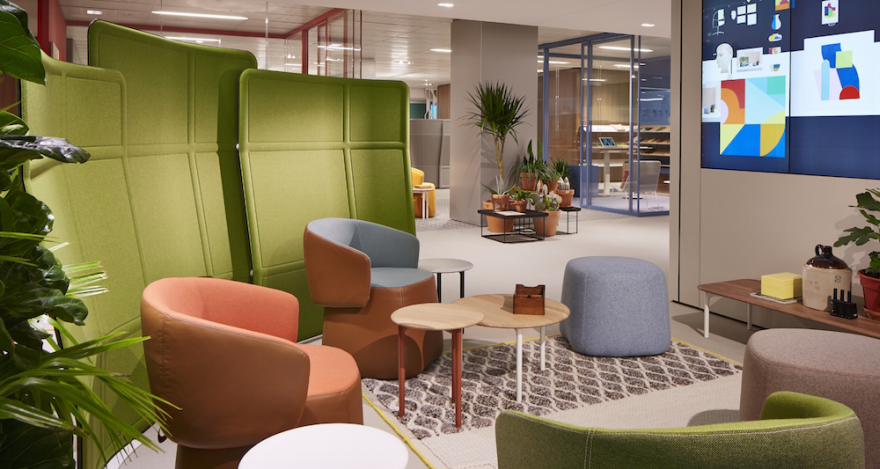 What are your favorite aspects of being Global Director of Design & Innovation?

I certainly feel like I have an influence on the efforts of the company. That's not to say that I didn't feel I was making an impact or contribute to the company's success before. But now I make more far-reaching decisions in my current position.

Who do you spend most of your time meeting with?

My peer group is different now than that of a Standard or Senior ID. I spend more time working with the head of various departments such as engineering and marketing to make sure all their efforts are aligned.

Are there skills required to be a good manager or director that an Associate or Standard ID don't necessarily need?

Designers are generally more right-brained individuals. This means that they're okay with ambiguity, are able to hold competing ideas long enough to sort them out mentally and they're good at divergent thinking. Those abilities get even more abstracted as you become more of a senior designer.

For example, a less-experienced designer might be asked to design a stool and she will draw upon what she knows a stool to look like and how it is used. A more senior designer might ask what the definition of a stool is and how a stool would be used if we didn't already have preconceived notions of how it functions. Finally, a Director of ID might be questioning if the company should even be designing stools in the first place, if there's another vertical market that they should be investigating or if they should pursue licensing rather than development.

In concluding our conversation, I asked Reuschel if he could offer advice to designers who aspire to move into a managerial role. "Don't be bashful of your ambitions. Most companies will respect your desire to grow to by letting you try something new." He added that you shouldn't go chasing a title or become focused on a particular time line, but focus on contribution. Begin conversations about how you'd like to contribute be it through learning, research, collaborating in new ways or improving a craft or service. Through contribution and continual learning, your role will evolve as you do as a designer.

The Path to Global Design Director

Learn more about me at willgibbonsdesign.com | I spend an unhealthy amount of time working with design clients and writing about design for various websites. Outside of design, I'm a fitness junkie, zombie fan and I read lots about entrepreneurship and business.