Brilliant AR Application: An Expert Can Remotely Overlay Arrows and Data on What You See, Enabling You to Fix Complicated Things

More importantly, it will reduce painful phone conversations with your parents

The Model 201-2 was Singer's top-of-the-line sewing machine from the 1930s to the 1950s. It's powerful, quiet, lays down a beautiful stitch, and adjusted for inflation, sold for a couple thousand of today's dollars. I own and have refurbished at least a half-dozen of them.

The machine's bobbin case needs to be periodically removed for maintenance. To do this you need to remove a metal retaining ring, but everyone with vintage Singer experience that I spoke to told me this ring was nearly impossible to remove and even more difficult to get back on. So I kept monkeying with it, and finally saw what Singer's 1930s engineers had intended in terms of functionality—and found it wonderfully elegant. Modern-day folks talked about struggling with the retaining ring for hours, but I figured out how to get it on and off in a manner of seconds simply by following its mechanical design. 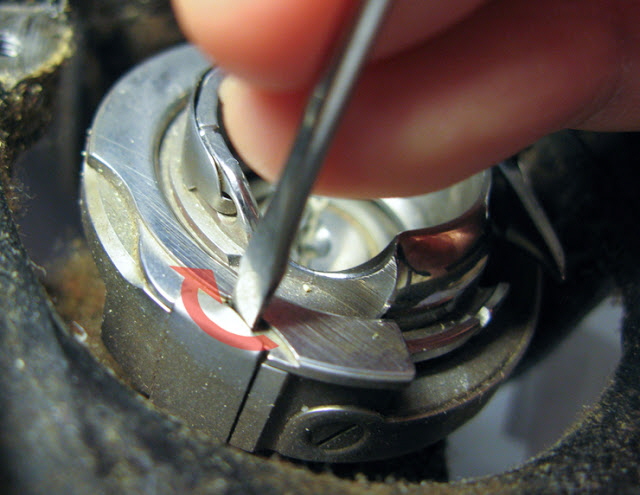 Excited, I tried explaining the simple procedure to fellow fixers over e-mail, but no one could understand what the hell I was talking about. In desperation I put together this red-arrow littered photo tutorial which took me hours to produce, thinking all the while, There's got to be a better way!

Well, now there is. A company called ScopeAR has developed Remote AR, a brilliant augmented reality app that allows an off-site expert to see whatever you're seeing—then overlay arrows and text, guiding you to manipulate the correct elements to fix the darn thing. If (like my fellow sewing machine repairpeople) you have no idea what the hell I'm talking about, watch this and it will become instantly clear:

This super-smart app can allow an expert working on things more complicated than sewing machines to be in many places at once, vastly increasing an organization's repair and maintenance effectiveness.

But that's not the real killer app. The way that Remote AR could really make a difference is with the hell that is trying to provide tech support for your elderly parents over the phone:

Brilliant AR Application: An Expert Can Remotely Overlay Arrows and Data on What You See, Enabling You to Fix Complicated Things