Double-Faced Watch Design: Luxury Analog on One Side, Apple Watch on the Other

Internet hoaxes abound, but I like to think my BS meter is correctly calibrated. So what's worse than when the needle goes into the red, but the gotta-be-a-gag product you're presented with appears to be real? 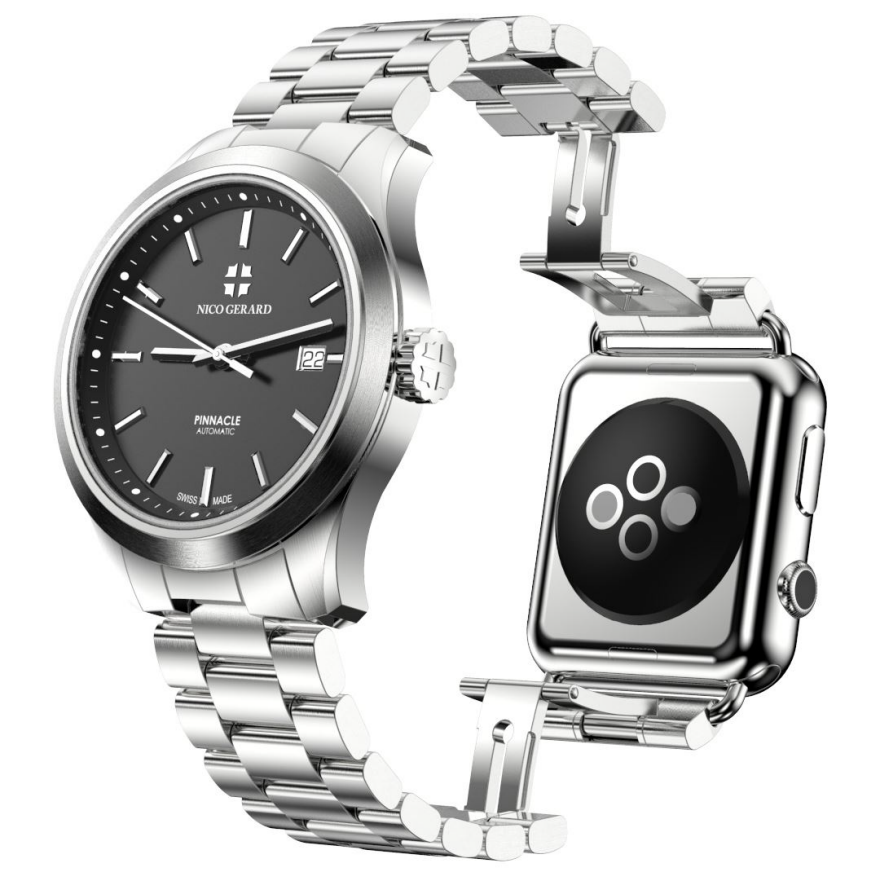 Unless Jimmy Kimmel is behind this, it appears an upstart watch company called Nico Gerard is releasing the Pinnacle, a luxury analog watch...that features an Apple Watch on the other side of the band.

Without even getting into the ergonomics, this product doesn't make sense on so many levels. The two most glaring reasons are that one, the $9,300 entry-level version comes with an Apple Watch, but won't ship for another 10 months to a year—at which point the Apple Watch 2.0 will have already been on the market for a few months. Number two, the Pinnacle is described as being water-resistant to a 100 meter depth; the Apple Watch is not designed to be submerged.

I've never heard of the Nico Gerard brand, although admittedly I do not follow the luxury watch market. But the BS meter starts ticking when studying their website, which claims the company is "a technology-driven luxury brand that continues a family tradition of innovation," without naming the family, the traditions or the innovations. And while their watches are apparently "crafted in Switzerland," the company appears to be based in San Francisco, not exactly a historical bastion of fine watchmaking. 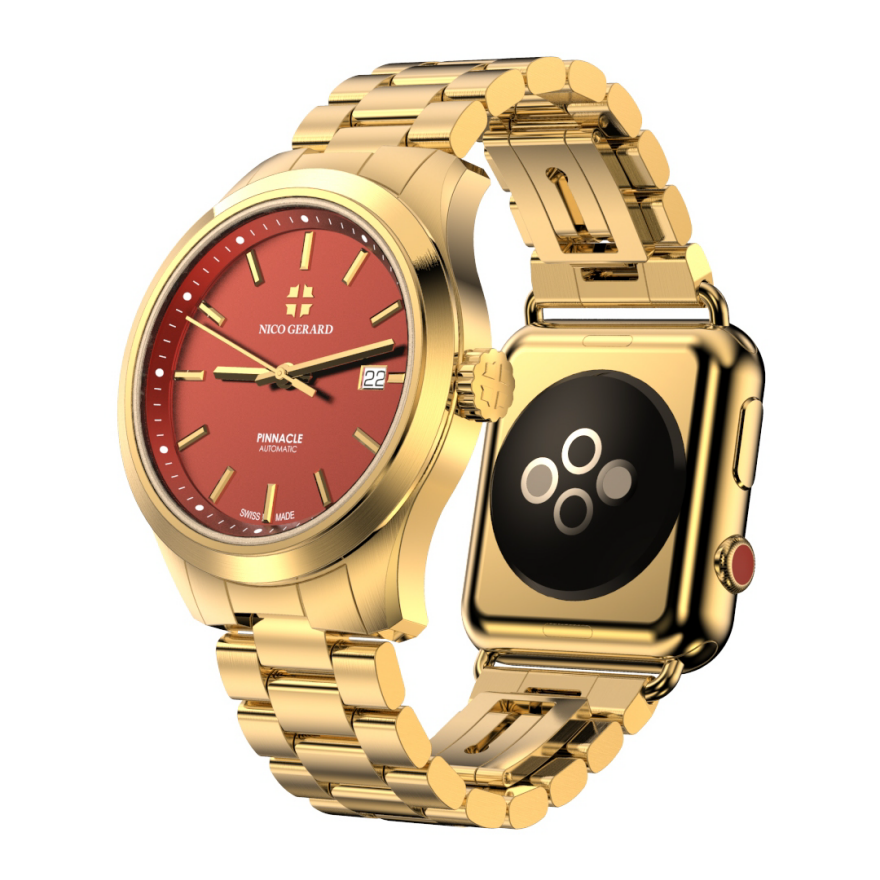 In any case, those in the market for this two-faced watch that don't want to wait 10–12 months can pony up for their 18-karat gold edition, which rings in at $112,000 and ships in six to eight months. And if the new Apple Watch is out by then, perhaps they can make an attachment on the band to accommodate a third watch.

Double-Faced Watch Design: Luxury Analog on One Side, Apple Watch on the Other