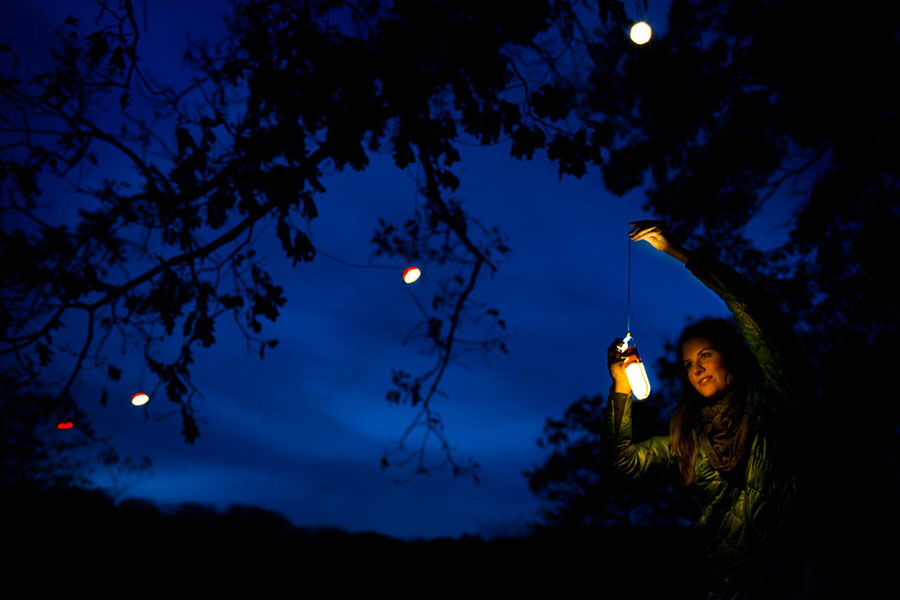 Obvious though it may be, seeing the forest for the trees is a felicitous reference point when it comes to describing BioLite, a Brooklyn-based company that develops innovative products for two disparate off-the-grid communities. After all, the metaphor is as felicitous for recreational campers as it is in the world of social impact, where initiatives often lose sight of long-term solutions in favor of near-term impact. The company launched with a clean-burning wood stove that converts heat from the fire into electricity. In a process of parallel innovation, the technology serves both avid campers in the outdoor market and home cooks in emerging markets. With its latest product system, collectively known as the NanoGrid, BioLite demonstrates the kind of long-term thinking that is paramount to good design, expanding its ecosystem of products designed to make the most out of limited resources. 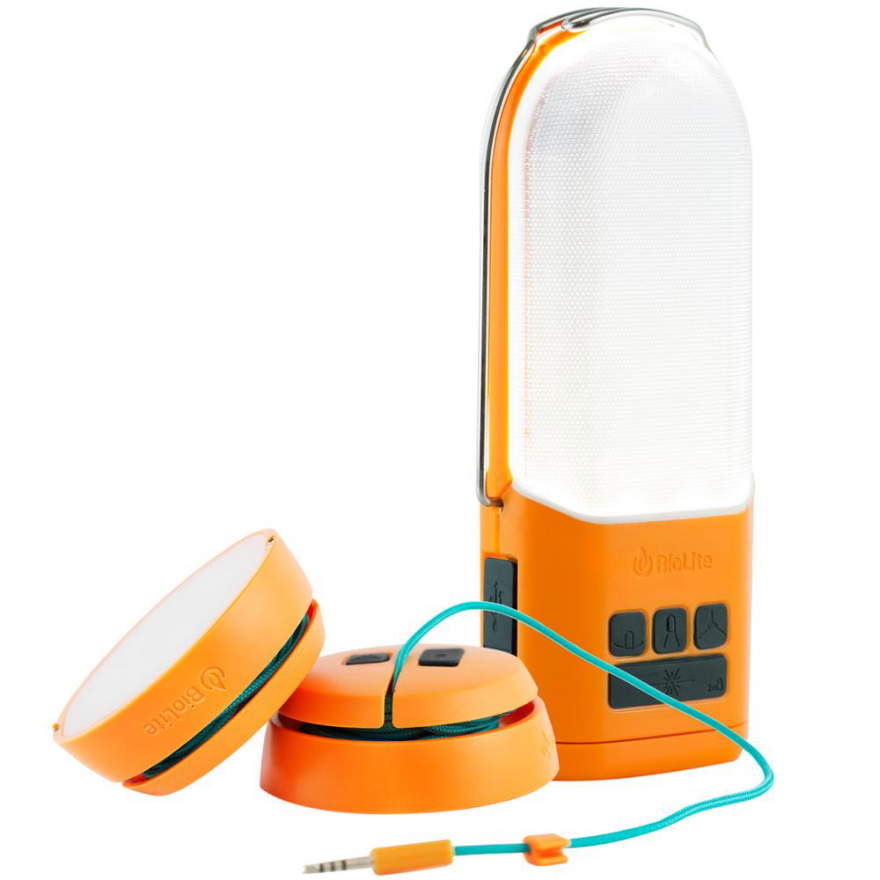 "BioLite is built on the wood-burning CampStove and HomeStove, which both generate electricity from the heat of the fire," says Anton Ljunggren, BioLite's Director of Industrial Design. "People use the electricity for two primary reasons: phone charging and lighting. To complete the company promise of 'energy everywhere,' we needed a solution for storing the power that the CampStove and the HomeStove produce."

Enter the PowerLight, a three-in-one lantern, torch and powerbank that can hold 16Wh of energy: "Enough to charge three smartphones," says Ljunggren. The energy can also be discharged as light when the device is in either its 200-lumen lantern mode or 250-lumen torch mode. The illumination can be further distributed via tethered SiteLights: dimmable, directional lamps that extend the range up to 10 feet each. A PowerLight parent with two SiteLight children comprises a NanoGrid; a pair of the hemispherical satellite luminaires magnetically snaps together for storage and transport. 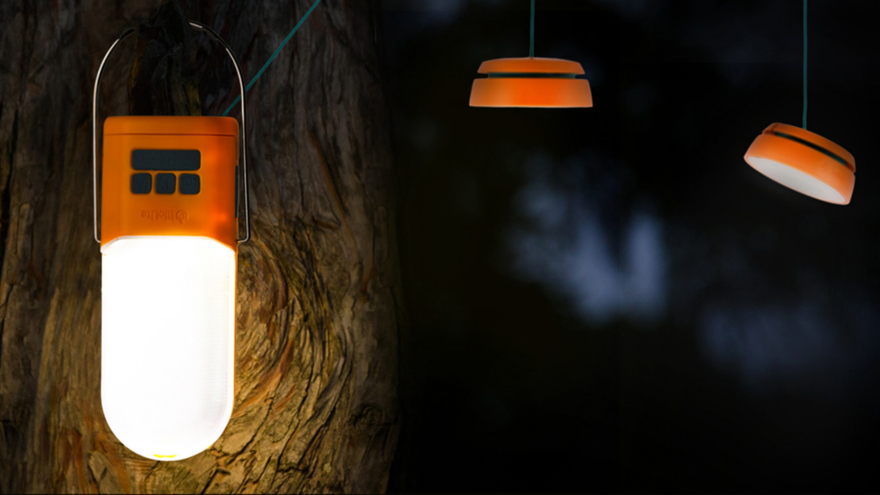 The SiteLights are as thoughtfully designed as any of BioLite's products. In order to pack 150 lumens of power into the compact and lightweight form factor of the auxiliary lamps, Ljunggren notes that, "we had to play with the electronics to get the hardware we wanted." He elaborates: "By boosting the power to 13V, we could use a thinner cable which allowed us to fit in 20ft of cable spooled up in a compact form factor of two lights coupling to a sphere the size of a tennis ball." 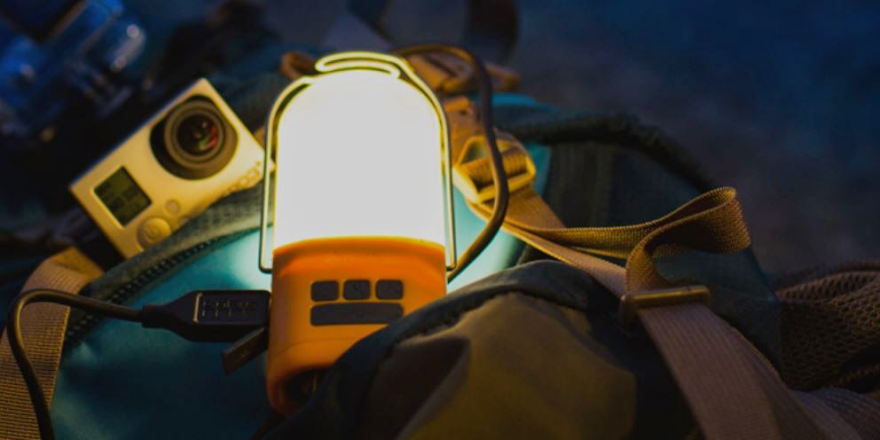 Meanwhile, if BioLite's wood-burning stoves are built on thermoelectric technology, the core product of the PowerLight is a robust rechargeable lithium-ion battery — the same as that of the Tesla Model S — which is peripheral in more than one sense of the word. "'Edgelighting' means that the light bounces inside the plastic," explains Ljunggren. "The light has to travel meaningful distances inside of the plastic which means that the optical properties of the light guides are important." 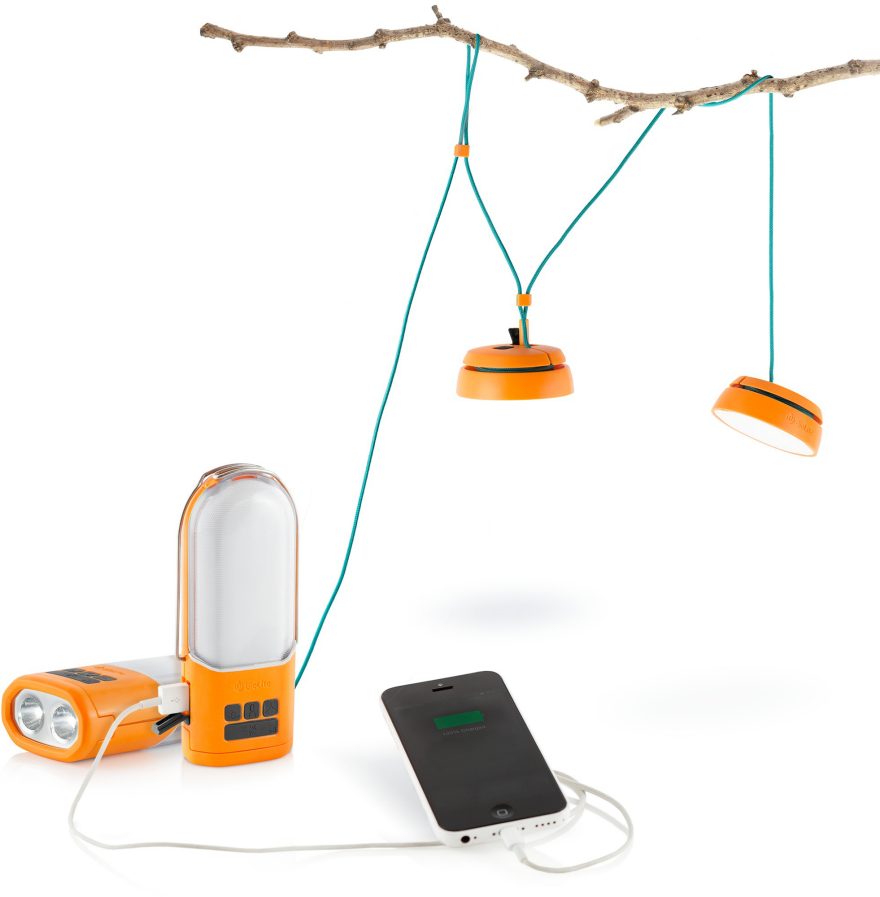 Known as "Total Internal Reflection," this phenomenon is just one of the insights that drove the design of the PowerLight and SiteLights. Although acrylic is the most optically clear material, the design team ultimately opted for polycarbonate, which is less brittle, since they, "needed high impact resistant materials for the exposed lightguides to be durable enough for both the outdoors and the emerging markets."

This is what BioLite calls parallel innovation, the underlying principle of developing products that serve both the recreational market and those who'd need them on a daily basis. Another metaphor comes to mind: Outdoor enthusiasts are the proverbial frying pan and emerging markets the flame; the company is forged, so to speak, in both.

In fact, it was off-the-grid scenarios that inspired the NanoGrid in the first place. "The idea of the NanoGrid came from the need of lighting multiple rooms in rural dwellings in India and Sub-Saharan Africa," relates Ljunggren. "Most solar lights in our price range light up one room while the NanoGrid can be extended to light up up to five separate rooms through the daisy chain-able SiteLights." 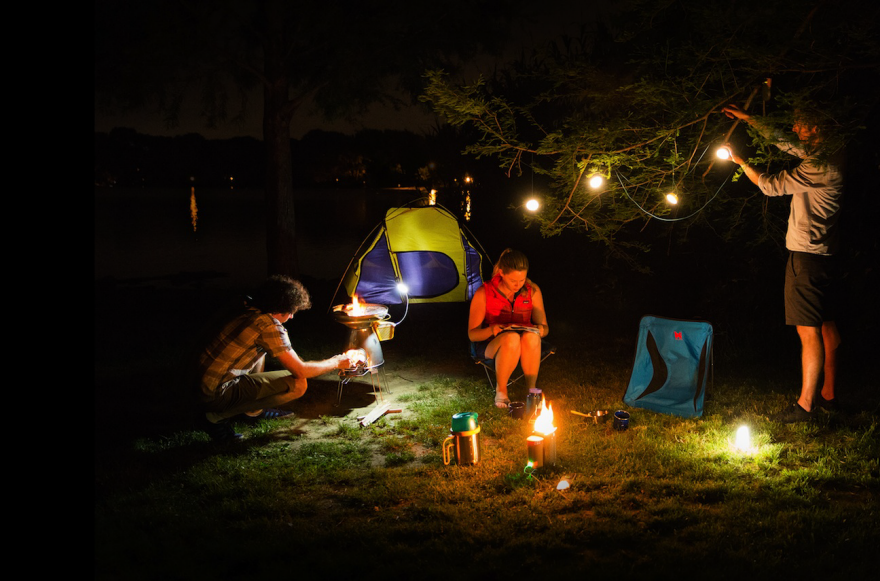 Thus, both the hardware itself and the system as a whole embody the elegance of efficiency that characterizes all of BioLite's products and its mission as a whole. By using technology to maximize limited resources, the company remains focused on solving problems for those who will benefit most, and the NanoGrid is as much a rechargeable lighting solution as it is an investment in improving users' quality of life in the long term.

To learn more about BioLite's process of parallel innovation, read our interview with the company on ImpactDesignHub.org.