Also, we need to discuss bras and panties

I'm a guy who grew up without sisters, so I was surprised when I started seeing what was going on inside of all-female-occupied apartments in my 20s. In Brooklyn and Manhattan at least, where space is tight, the bathrooms were often transformed into chaotically-crowded underwear drying stations; and I came to believe that how hastily your host cleaned them up—or didn't—after unexpectedly inviting you over, was an indication of potential romantic interest:

Hastily tidied up, embarrassed excuses made: You've got a shot.

As a female friend of mine explained, your average women's unmentionables were too delicate to be thrown into the Kenmore with a half-cup of Tide, and wouldn't survive the dryer. Thus they had to be hand-washed in the bathroom sink and hung up to dry. I found this incredible because it seemed it would add at least an hour to every female's weekly chore list, and wondered why no one had designed a washing machine delicate enough to handle the problem.

Apparently no one yet has, but Samsung has developed something rather interesting that eases the task somewhat: A washing machine with a built-in sink, sexily named the WA52J8700AP. Pop the top open and you're greeted by a plastic basin that has a corrugated texture molded into it, so you can use it as a washboard like you're Nellie down by the river circa 1865. 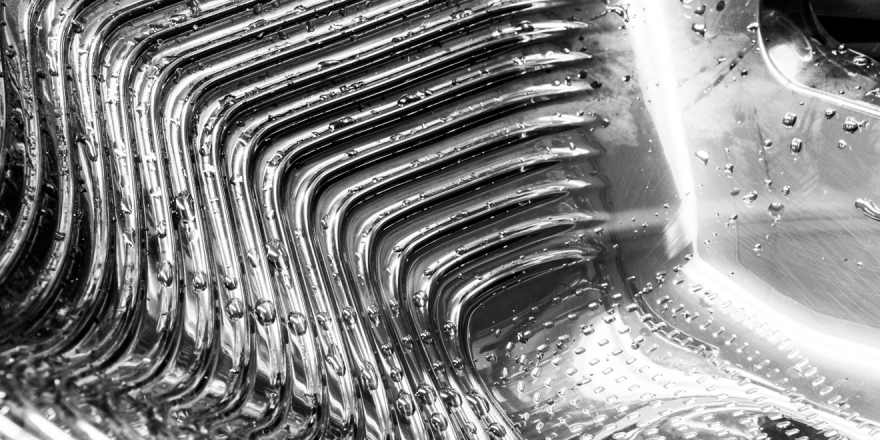 You can either pre-treat garments that you can then dump directly into the basin for final washing, or use it like a sink for the delicate stuff. Take a look:

Now I know none of you come to Core77 to read about women's underwear, but I have to ask our female readership: Do you in fact have to hand-wash most of your undergarments, or was that just the people I was meeting back then? If you do, how much time does it take? A present-day gym-going female friend of mine mentioned she has to wash a lot of her workout gear by hand; is she the anomaly, or is this considered an acceptable trade-off? I ask because few guys I know would be willing to put up with garments that required that level of care.

And lastly: Why hasn't anyone invented a lingerie-washing and -drying contraption?