The UK's Green Street Media agency practices spraypaint-free, "eco-friendly" sidewalk advertising, using a powerwasher and a stencil to blast messages into dirty pavement. We showed you some of their stuff here.

This powerwashing "reverse graffiti" method was pioneered by British artist Paul "Moose" Curtis, and it begs the question: Is placing an image or tag on the side of a structure really vandalism, if all you've done is selectively wash the surface? Polish energy company Polska Grupa Energetyczna doesn't think so, and when it came time to give the dirt-encrusted Solina Dam a good washing, they teamed with Polish artist Przemek "Trust" Truscinski to turn the bath into an art project. 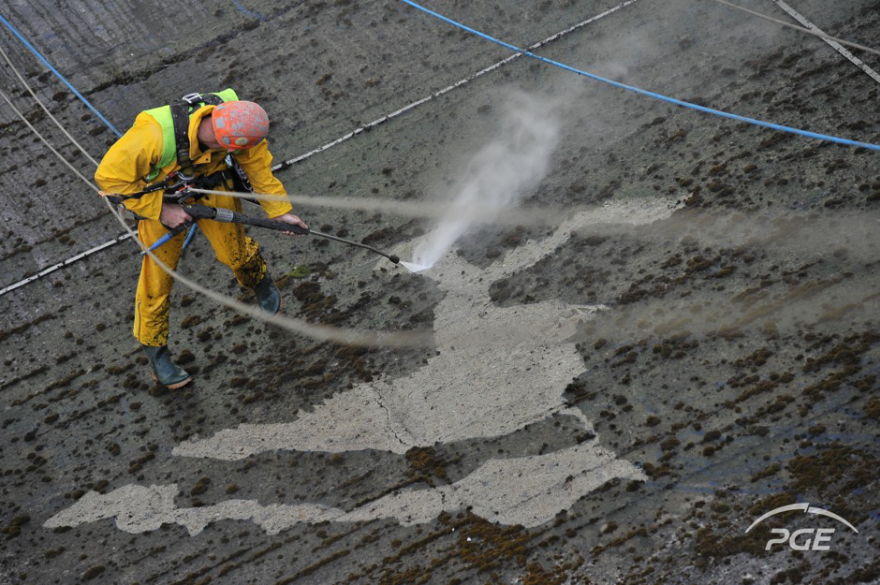 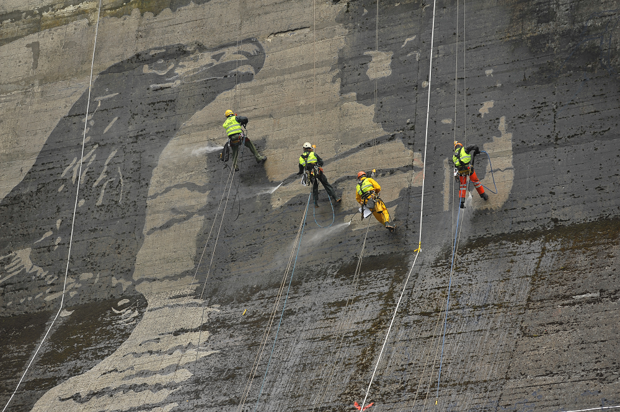 [The collaboration yielded] a giant eco-mural honoring the wild and plant life found in the Bieszczady Mountains in southeast Poland, where the dam is located. [The mural is] almost 300 feet wide and 177 feet tall….


…The only tool…needed was high-pressure water—no paint required. Men suspended from cables strategically blasted water from power washers to "erase" the grime and create, for example, the texture of fur on a giant wildcat on the right side of the mural, or the scales of fish on the lower half.


Similar artworks are also being created on the sidewalks near the dam, according to a statement from PGE, and the mural is expected to last at least a year. 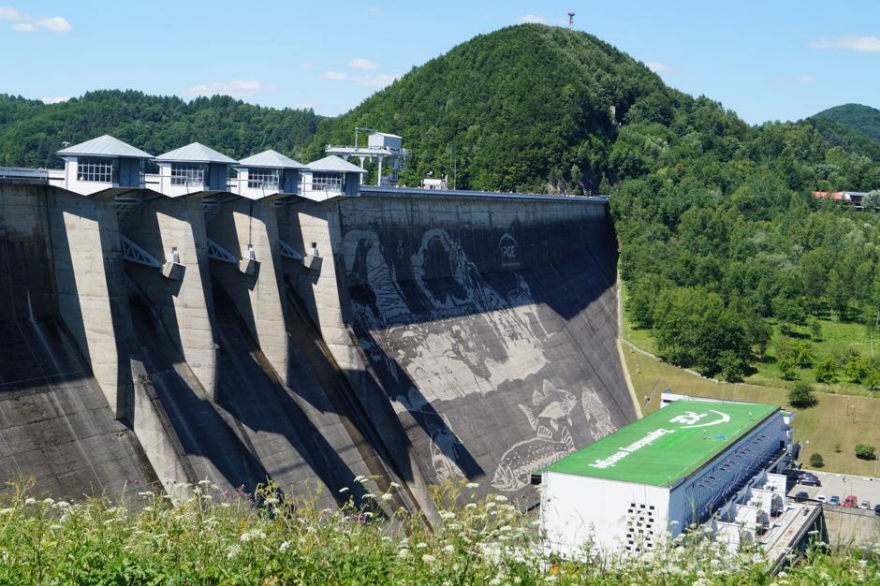 I don't see any stencils, so I can't fathom how they created the image; is it possible to eyeball something that large, coordinated across the efforts of four sprayers? I'm assuming Truscinski either called on some artist buddies to do the work, or PGE employs some very artistically-talented structure cleaners.