More surface area of water on your skin, with far less water consumption 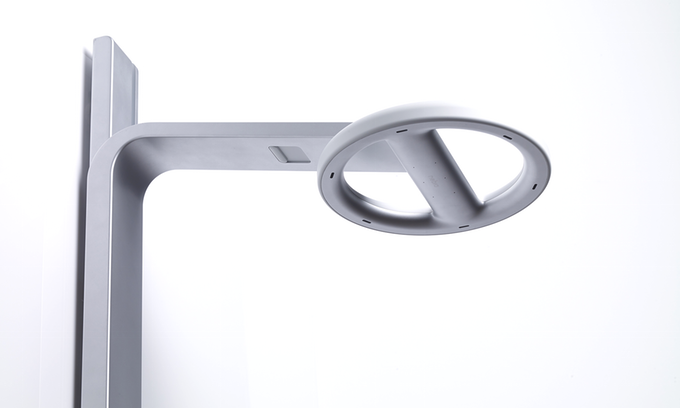 Five years in the making, the Nebia showerhead is designed to get more water onto your body while reducing the actual amount you're using. How does it do that? Science.

The Nebia is the brainchild of Carlos Gomez Andonaegui, who ran a health club in Mexico City. He observed that running all of those showers was consuming a lot of water; after attacking the problem with his father, a retired engineer, they conceived of a showerhead that could effectively atomize the water. During the subsequent years of development, thermofluid experts were brought in to refine the design. The result is that the Nebia increases the surface area of the agua by a factor of 10, while using less than a third of the stuff!

Consumers are clearly interested; the Kickstarter campaign is well past its $100,000 goal with nearly $2.6 million in funding, and nearly every Early Bird special is gone. What's also interesting is that five pledgers have opted for the $10,000 package to receive 40 Nebias each, indicating that someone who runs an apartment complex, health club or similar has taken note. The water savings, of course, scales up: 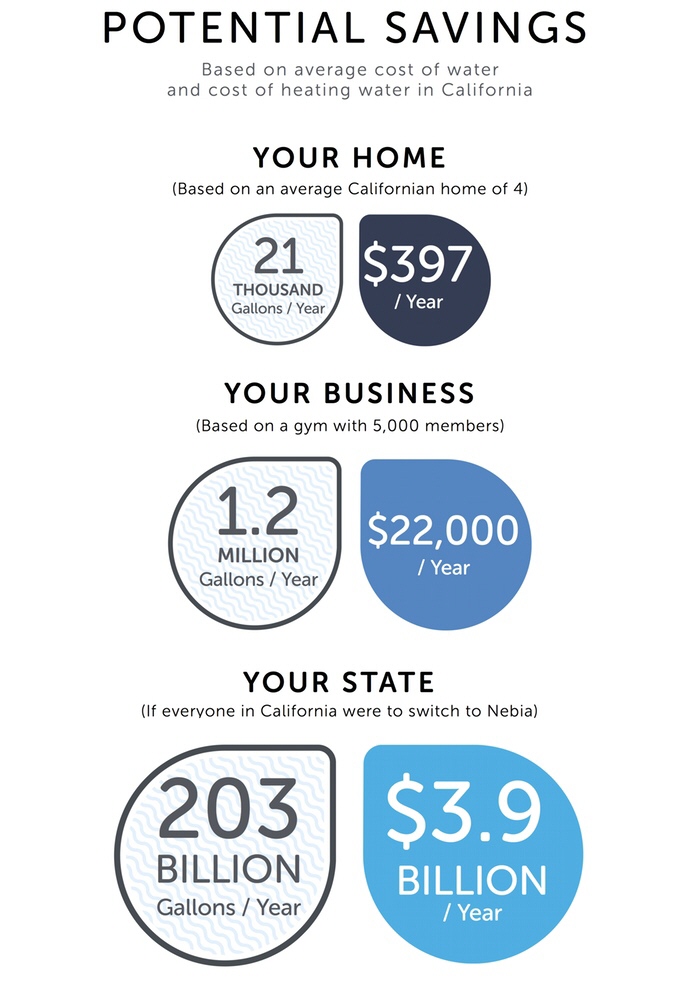 With 14 days left in the campaign, here's still a pledging option available to receive a single Nebia for $299, expected to retail for $399 when it comes out next year.

I do wonder a bit about the installation:

Those of you with plumbing experience, or experience designing plumbing fixtures, do you reckon the press-fit shown in the video will be strong enough to both support the weight of the device over time, and provide a leak-free seal? And whatever gasket or grommet is serving to provide the internal seal is bound to wear out over time; I think I'd be tempted to caulk-tack the back of the unit into place against the tiles, but I suppose it would need to be ripped off to replace the gasket or grommet. Any thoughts?