Flexible, roll-up keyboards made from silicone, like these two, actually can't be rolled up that tightly, making them awkward in their stored form.

On top of that, they provide the spongy feedback that no pro typist desires.

In contrast, LG's just-announced Rolly Keyboard seems a much more intelligent design. They've kept the keyboard rigid, providing the tactile feedback you're accustomed to with a regular keyboard, and the "key pitch"—the spacing from one key to another, on center—is 17mm, close to the 18mm key pitch of a desktop keyboard. The keyboard is hinged between each row, allowing the user to roll it, lengthwise, into a stick form. 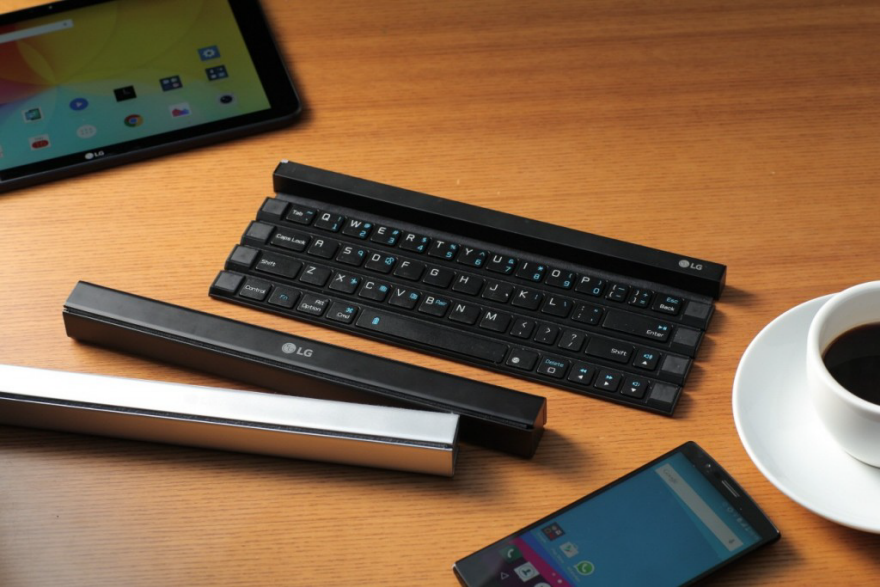 The UX is well-considered too. To turn the keyboard on, one only need unfurl it, and it both powers on and automatically pairs via Bluetooth with your device. It runs on a single AAA battery that the company reckons will last for three months.

The Rolly is expected to be available in the U.S. come September, with Asia, Europe and Latin American markets receiving it later in the year. No price has been announced.